Hong Kong set for Asean cooperation and entry into RCEP

Hong Kong is set to gain early admission into the Regional Comprehensive Economic Partnership (RCEP), city leader John Lee Ka-chiu has said as he expressed confidence the city would bring "enormous value" to the free-trade grouping and revealed that member states of the Association of Southeast Asian Nations (Asean) supported the move.

At the inaugural Hong Kong-Asean Summit 2022 organised by the South China Morning Post on Thursday, Lee also said that despite battling the coronavirus pandemic over the past three years, Hong Kong remained a critical partner to the 10-member regional association comprising Southeast Asian countries.

The city would help Asean secure far-reaching opportunities offered by the fast-growing Greater Bay Area and had many new initiatives that member states could take advantage of, including its recently announced talent and investment schemes.

In a 20-minute keynote speech, Lee began by focusing on the forum's theme on how to "build stronger ties with mainland China and Asean in the new normal".

"I am result-oriented, so I must try to answer that question. We have been living in the eye of a pandemic for nearly three years now … But what I can tell you, loud and clear, is that Hong Kong is onstage again. We have our doors open," he said.

Lee said Hong Kong, "blessed with advantages", not only had the backing of the motherland as a critical player in the bay area, a new economic powerhouse linking Hong Kong, Macau and nine Guangdong cities, but the city also served as an important partner to the Asean community.

He especially revealed that the city had taken a further step in expanding its role in regional economic cooperation, through early accession to the Regional Comprehensive Economic Partnership, or RCEP, the world's largest free-trade agreement.

Hong Kong formally requested accession to RCEP in January, when RCEP entered into force for most of its member economies. All 10 Asean member states are members of RCEP, and they welcomed Hong Kong's request for early accession," Lee said.

Nearly 10 months after Hong Kong's request, Lee said substantive discussions with member states were set to begin next year and the city had "a great deal" to contribute.

"We can add enormous value to RCEP, given our unmatched role as the business bridge between the mainland and the rest of the world, as well as our status as one of the world's leading financial centres, and China's major international financial centre," he said.

Dubbed as one of the world's largest free-trade agreements, RCEP connects 15 Asia-Pacific countries including 10 Asean members. All are major trading partners of Hong Kong and accounted for more than 70 per cent of Hong Kong's total merchandise trade last year, and about half of the city's trade in services and investments in 2020, Lee added.

The city leader highlighted that Hong Kong and Asean had come a long way together, with the regional bloc being the city's second-largest trading partner since 2010, while merchandise trade between both sides exceeded US$160 billion (HK$1.26 trillion) last year, representing more than 12 per cent of the financial hub's total trade volume. 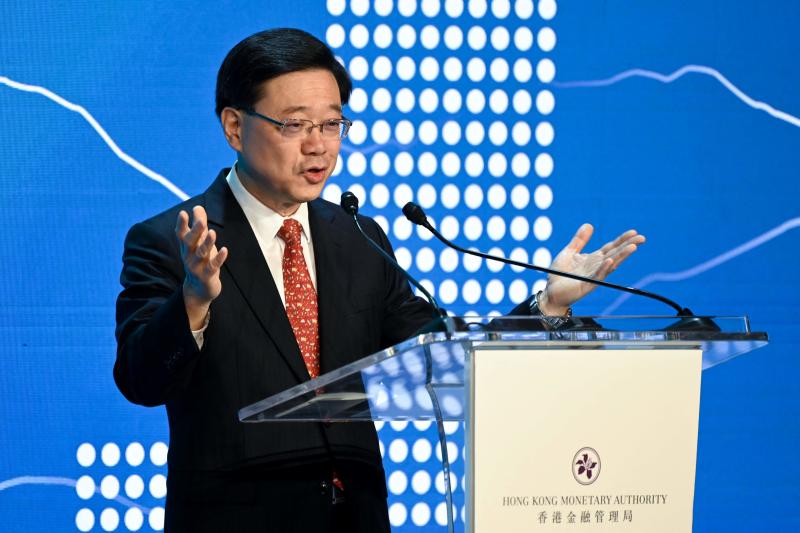 Lee said he was confident that trade and investment ties and cooperation in general would only continue to expand, adding that the city welcomed talented young professionals from Asean member states.

"We're also keen to bring in companies that meet our strategic sector needs. And we're setting up a Co‑Investment Fund of HK$30 billion, which translates to a whopping US$3.8 billion, to invest in their high-value business opportunities," he said.

"We welcome Asean companies and talented professionals to join us in building the future, right here in Hong Kong."

Lee also noted that he would be travelling to Bangkok in two weeks' time for this year's Asia-Pacific Economic Cooperation (Apec) meeting.

"It will be an invaluable opportunity for me to showcase to the world Hong Kong's resilience in the face of the Covid-19 pandemic, and our unwavering commitment to regional economic cooperation," he said.

"I can't wait to get started, to tell the good and true stories of Hong Kong. To tell the world that Hong Kong is onstage again."