A growing hunger for bugs
Business

Thai farms are capitalising on the booming market for green, protein-rich edible insects

From left are packaged crickets, house crickets and silkworms.

Edible insects have been served as food in Thailand for a long time, often visible at street vendor stalls selling trays of fried insects, silkworm pupae, bamboo worms, locusts, beetles and crickets, with soy sauces and even seasonings.

Some people do not like their appearance, but insects are an undeniable protein source now used in the food and beverage sector, including pastries, candy, animal feed meal and pet food.

Many Thai companies are developing edible insects for human food, while firms that already offer insects as meals are preparing to expand their products into the mass market. Some edible insect farms are looking to promote the consumption of alternative protein sources by offering retail franchises next year. 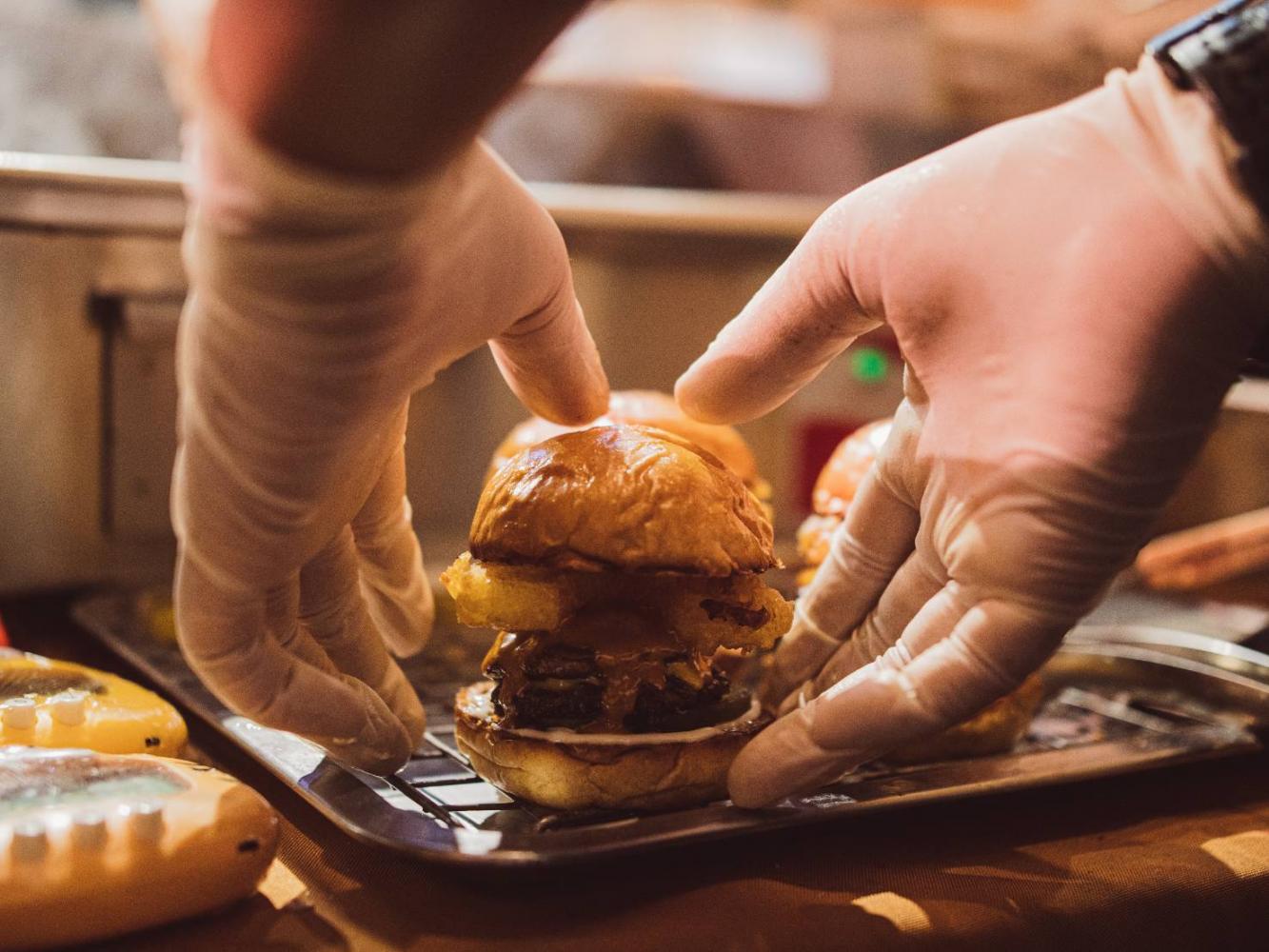 Visit Limlurcha, the honorary president of the Thai Food Processors Association, said edible insects and protein sourced from insects are likely to see strong export potential in the world market given growing global concerns about food security as a result of the serious impact on supply chains caused by the ongoing Russia-Ukraine war.

Thailand has know-how in raising edible insects, which has a much quicker production process from start to finish than other sources of protein, he said. The country's most important insect export markets comprise Cambodia, Laos, Myanmar and Vietnam.

In Thailand there are more than 20,000 traditional cricket farms, which are mainly located in the northeastern region, with a total production capacity of more than 7,000 tonnes.

According to the US firm Meticulous Market Research Inc, the edible insect market is expected to reach US$9.6 billion by 2030, with a compound annual growth rate (CAGR) of 28.3% during the period 2022-2030.

The growth of this market is driven by growing greenhouse gas emissions from the livestock and poultry industries, the high nutritional value of insects, the environmental benefits of edible insects, rising demand for insect protein in the animal feed industry, and the low risk of transmitting zoonotic diseases via the consumption of edible insects.

However, the lack of a standardised regulatory framework, psychological and ethical barriers to the consumption of insects, and the risk of allergies from insect consumption are expected to restrain the growth of this market, according to the research. Emerging economies are likely to hold significant growth opportunities for the players operating in this sector. Yet a lack of awareness regarding the benefits of insect consumption is expected to remain a major challenge for market growth, said the US firm. 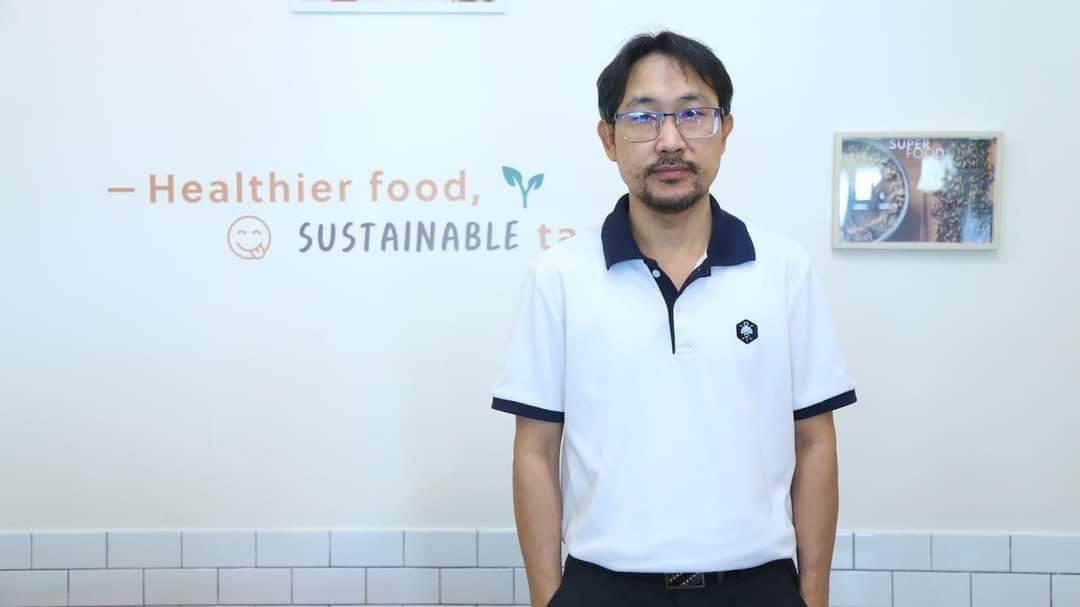 Mr Thanaphum says health-conscious eating was spurred by the pandemic. 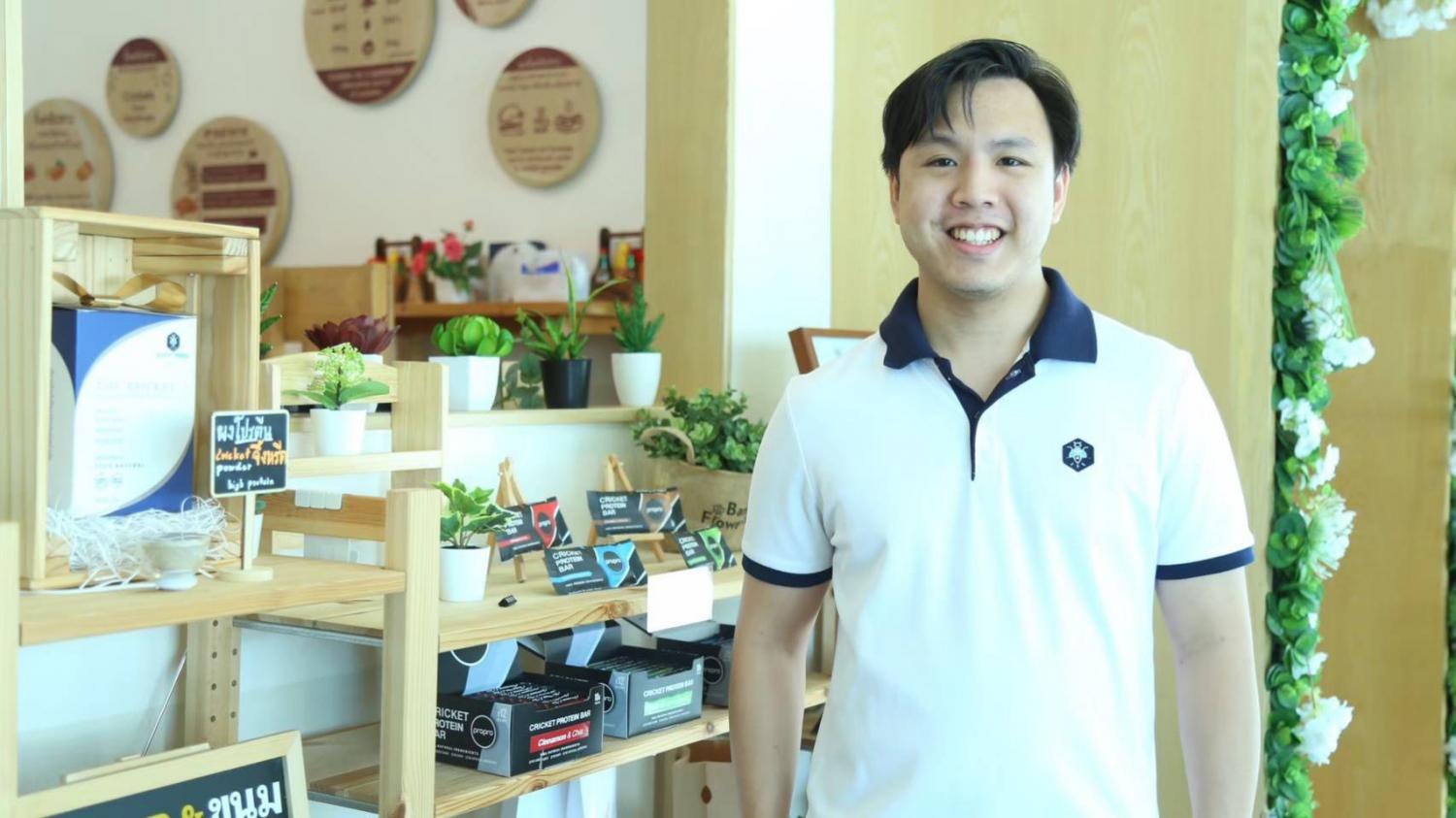 Mr Pooripat says the appeal of cricket food products mean they don't have to be limited to street vendor stalls.

His company's sales increased from 4 million baht in 2020 to almost 10 million in 2021, with the momentum continuing.

With a decade of experience in the livestock business, Mr Nontawat conducted a feasibility study on the market potential of crickets in 2015.

Encouraged by sales rising to 10 tonnes per month in 2017, he later decided to start his own farm in Phitsanulok province and sell frozen crickets to Makro, Tops Supermarket, Big C and Lotus's. The retail channel accounts for 80% of his company's sales, with online purchases and exports each contributing 10%.

With supply shortages because of a flood of cricket purchases from Cambodia, Laos, Myanmar, Vietnam and Australia, the company expanded its farming networks earlier this year with the aim of increasing its production capacity to 13 tonnes per month by 2023.

"We will start to sell our frozen crickets and fried crickets with original flavour served with seasoning sauce, tom yum and nori flavour via the 'Big Bug franchise' next year," Mr Nontawat said.

The company also plans to launch ready-to-eat canned silkworms in convenience stores and other retail channels in Thailand, and via resellers in Australia and Japan, in the first quarter of next year. 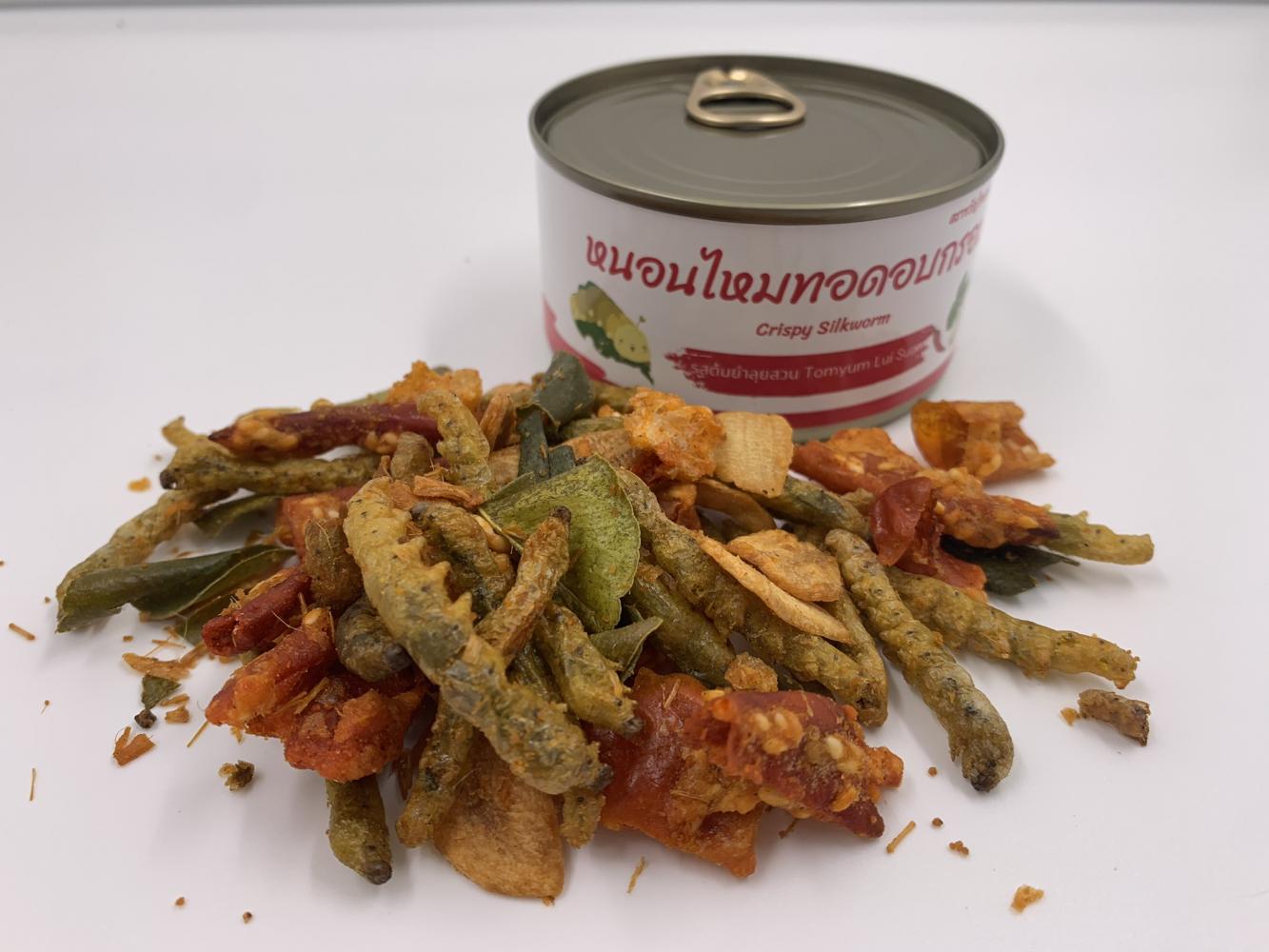 WAITER, THERE'S A BUG IN MY BURGER

Thanaphum Muang-ieam, co-founder and managing director of The Bricket Co, the operator of the Bounce burger shop, said a health trend was spurred by the pandemic and products made from cricket powder are proving popular because they provide a healthy meal.

Mr Thanaphum started at a sales and marketing company for the cricket business, then established his own firm after analysing market demand for two years.

He opened the first 60-square-metre Bounce burger restaurant, selling meals with insects as ingredients, at Bangkok's Sammakorn housing estate on Ramkhamhaeng Soi 110 in April last year. The restaurant's menu includes burgers, sausages, biscuits and beverages. All items use insect powder as an ingredient for health-conscious consumers. Most of its sales come from deliveries and takeaway.

Bounce Restaurant was rebranded to "Bounce, the taste of cricket" last month, to make it easier for customers to understand.

Bounce, the taste of cricket is operated by The Bounce Co, but it will soon be spun off to New Eternity Co, which will handle new product development for consumers as well as shop platforms, while The Bricket Co will focus on building its own factory next year, said Mr Thanaphum.

The factory will require an investment of 10 million baht and have a capacity of one tonne of cricket powder per month, he said. The Bricket will also handle the sale of cricket ingredients via business-to-business channels both domestically and overseas, said Mr Thanaphum.

"Crickets don't have to be at street vendor stalls, served only with soy sauces. They can be in burgers, bakery items, soft cookies or even paprika seasoning used to flavour fries -- these are all possible," said Pooripat Thiapairat, project manager of The Bricket Co and general manager of New Eternity Co.

Apart from opening two new Bounce shops in 2023, Mr Thanaphum plans to launch Bounce Tuile, a French-style biscuit product made from cricket powder, and Bounce rice crackers in modern retail chains and health shops including the Kleens Station chain next year. He also wants to establish the Thailand Insect Industry Association in March to promote the sector.

Above  Bounce rice crackers are slated to launch next year.

The farm adjusted its mealworm farming. The worms are now entirely raised in air-conditioned rooms and fed with yam beans so that protein extracted from mealworms is 100% organic.

"We've seen huge potential in the mealworm business for a long time because of its protein richness compared with other insects," he said.

The company will initially start to extract protein from mealworms to supply to original equipment manufacturers.

"Consuming mealworm as a pizza topping is normal overseas, but it will take time for Thais to adopt it," said Mr Thirawit.

The company plans to develop its own extracted protein brand for sale online in the first half of 2023. Extracted protein can be added to yoghurt, salads, or mixed with beverage products.

"We are confident in the potential because alternative protein is high in protein. Insect meals are a blue ocean industry and have less impact environmentally," Mr Thirawit said. 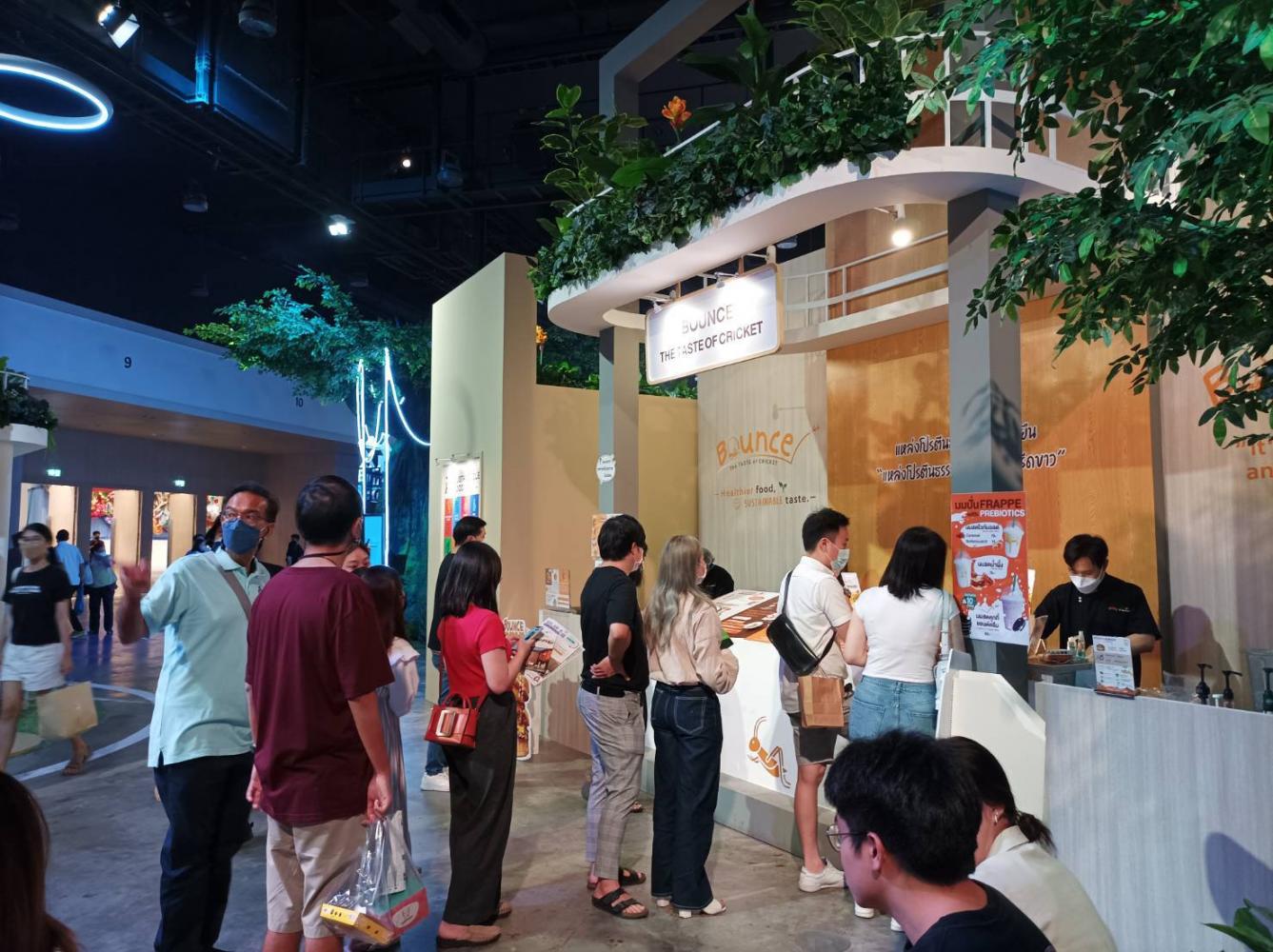 People purchase Bounce products at a Bounce pop-up kiosk at the Sustainability Expo.