The company closed the Oishi Grand on the fourth floor of Siam Paragon for five months to transform it into a new Japanese hybrid between buffet and a la carte.

The new restaurant at Siam Paragon offers buffet menus for only 10% of its menu items, switching from a total buffet approach earlier.

"There is now a focus on made-to-order sushi and sashimi with an omakase feel and authentic Japanese ambience," said Mrs Nongnuch.

The restaurant size was reduced to 400 square metres from 600 sq m, but the menu offerings were increased to 200 items, covering sushi, sashimi, donburi, teppanyaki, yakimono, akemono and nabe/sukiyaki.

There are three price levels for buffet service to offer value for money and give consumers more choices, she said.

According to Mrs Nongnuch, the reworked restaurant aims to deliver an authentic Japanese experience, with quality, fresh ingredients and more diverse offerings. 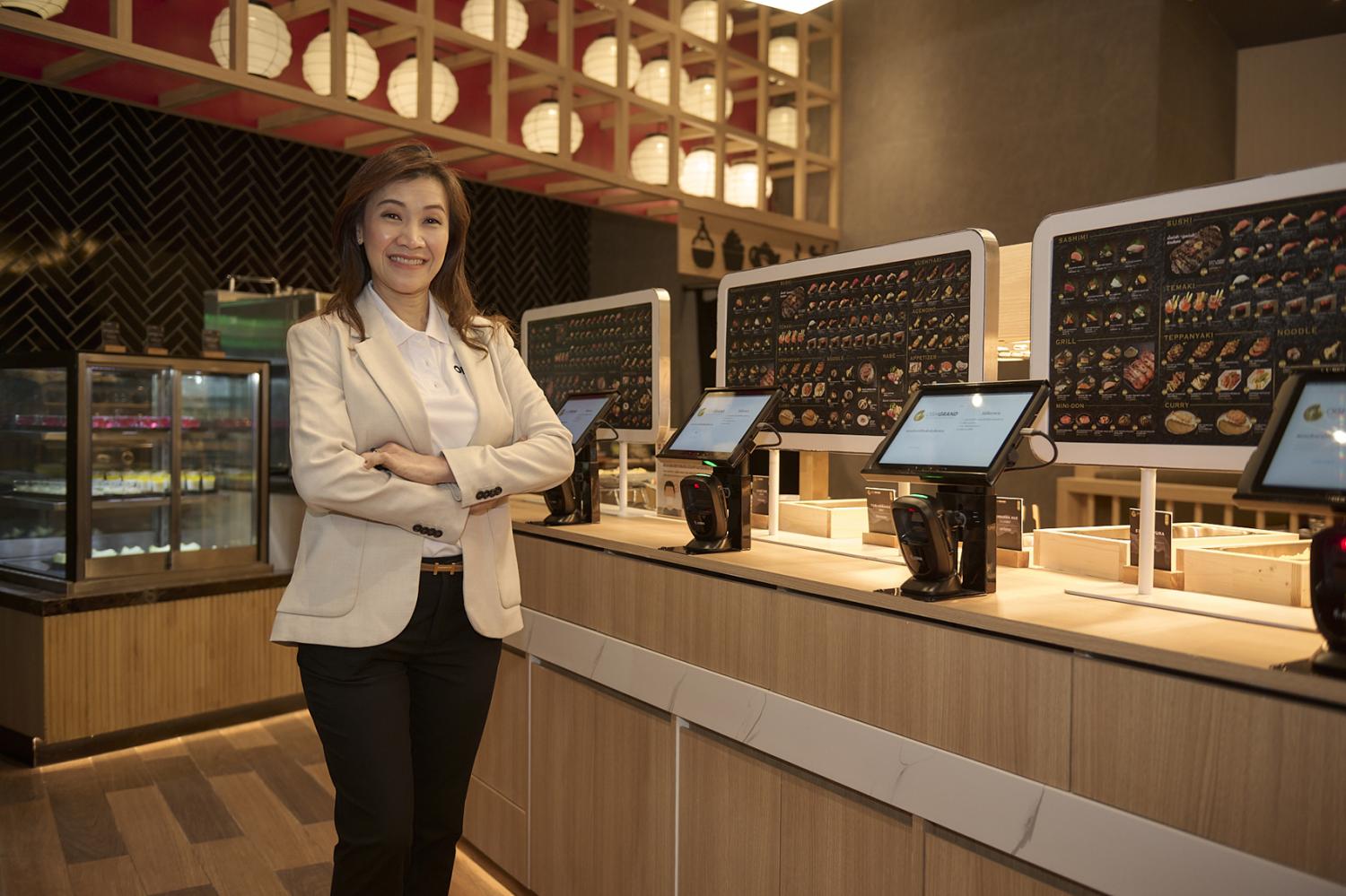 Mrs Nongnuch said the company plans to open more Oishi Grand restaurants next year, including at One Bangkok, a mixed-use project on Rama IV Road.

The branch uses modern technology in its service, such as an automatic ordering system via QR code on a tablet at the point of service in the store, or a personal mobile phone.

Dishes can be cooked to order to ensure the freshness of the food, helping to reduce food loss and food waste, in line with the trend of sustainable food consumption, she said.

"We aim to be a zero-food waste food company by 2030. Customers are willing to pay a higher price if our food business achieves sustainability," Mrs Nongnuch said.

The company plans to open more Oishi Grand restaurants next year, including at One Bangkok, a mixed-use project on Rama IV Road.

"Though there are more food alternatives in the market, Japanese food has the potential to grow and still ranks in the top five when Thais think of healthy food," she said.