Demand for loans strong amid recovery

Nine of the 10 SET-listed commercial banks and subsidiaries reported a combined net profit of 193 billion baht for 2022, an increase of 9.33% year-on-year.

However, Kasikornbank (KBank) and Bank of Ayudhya reported a decline in 2022 net profit, mainly attributed to higher provisions in preparation for global economic uncertainty and the risk of recession among several key economies.

TMBThanachart Bank, the country's sixth-largest bank, recorded the industry's second-highest growth in net profit at 35.6%, contributed by improving operating income thanks to a change in the loan mix and rising interest rates.

In the second half of 2022, Thailand's economic recovery, which was fuelled by the country's reopening and an inflow of tourists along with a shifting interest rate hike cycle, were positive catalysts for the sector, the bank said in a statement.

Bangkok Bank (BBL), the industry's largest lender by total assets, recorded net profit growth of 10.6% in 2022 year-on-year, attributed to a 24.4% increase in net income because of a higher loan volume and interest rates. BBL's loan portfolio amounted to 2.68 trillion baht, an increase of 3.6% from the end of the previous year. 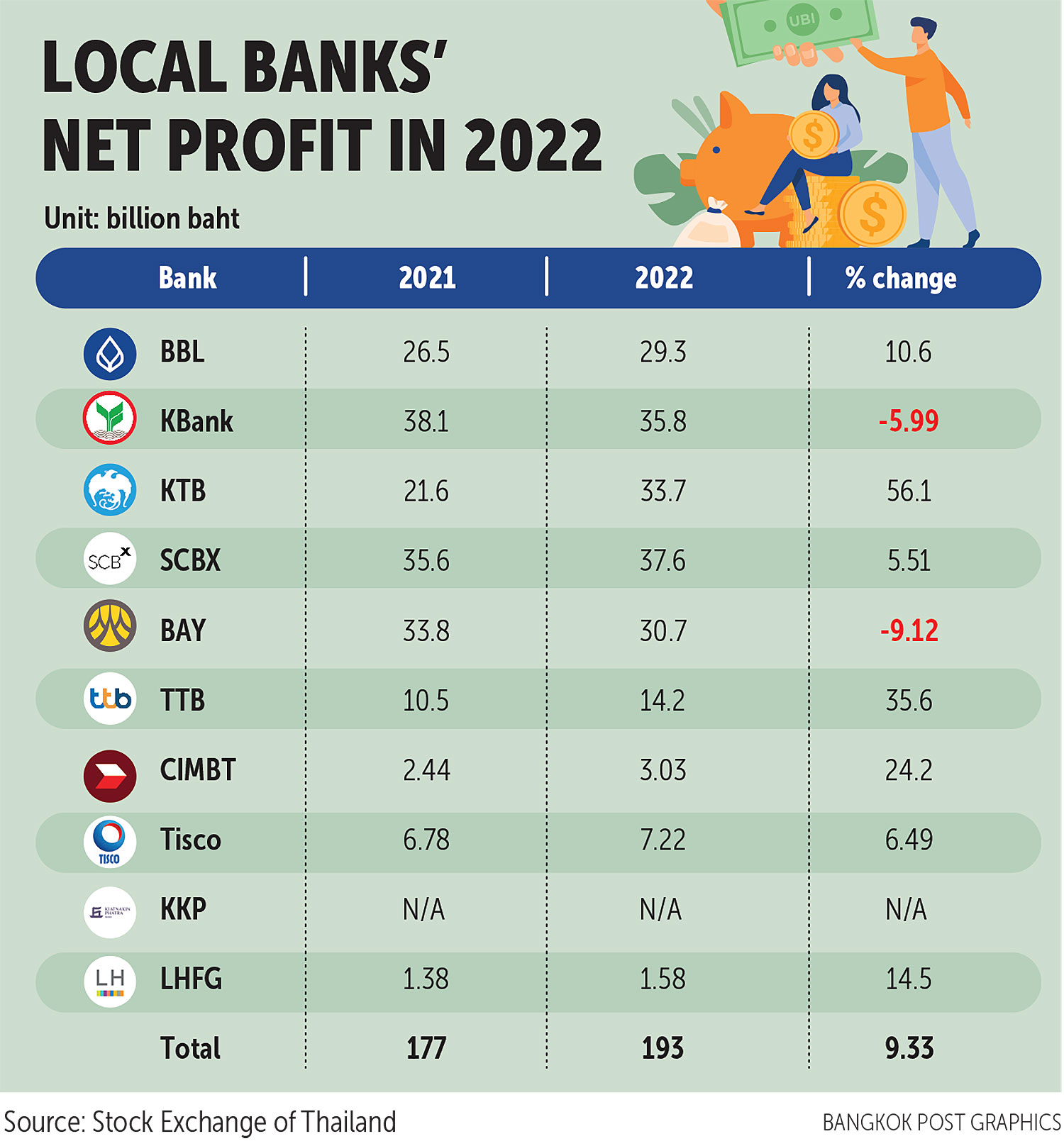 Last year the company posted a 13.3% increase in net interest income year-on-year to 108 billion baht, and total loan growth of 3.3%.

Kattiya Indaravijaya, chief executive of KBank, said in a statement issued by the bank its net profit fell 6% year-on-year in 2022, mainly contributed by higher loan-loss provisions.

The bank forecasts a credit loss of 51.9 billion baht for 2022, up 28.7% from the previous year, to cope with the global economic slowdown.

As there is potential for a global recession this year, the country's economic recovery will likely remain uneven, according to KBank.

However, retail loans would still be pressured by growing household debt and the vulnerable customer segment, said the centre.

Under this scenario, non-performing loans would pose a challenge for banking business this year.