The cabinet on Tuesday approved the Finance Ministry's proposal to raise the excise tax on liquor and tobacco, meaning an immediate increase in the retail price of liquor and cigarettes, but not beer or wine. 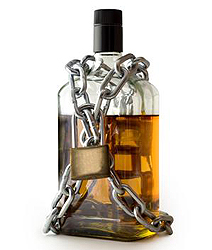 The alcohol excise tax on rice whiskey was increased from 120 baht a litre to 150 baht a litre based on alcohol content, and for blended liquor from 300 baht to 350 baht per litre. The tax on brandy  increased to a maximum of 50 per cent from the existing rate of 48 per cent.

The new rate does not apply to beer or wine, which already face maximum taxes.

Excise Department director general Benja Luicharoen said the increase will cause the price of liquor to rise.

The excise tax on brandy is up from 48 per cent to 50 per cent alcohol content, she confirmed.

Observers said the increase would probably raise the price of a bottle of lao khao whiskey by about 10 baht.

The government spokesman did make the announcement at a press conference because of a worry about  stockpiling and profiteering.

The government would get about two billion baht in extra revenue from the liquor tax hike, she said.

The cabinet also approved an increase in cigarette tax on the volume side (tax per cigarette, or its weight in grammes) from 85 per cent to 87 per cent. The maximum excise tax allowed is 90 per cent.