The local property market is now driven by projects for sale, not land, thanks to the city plan that restricts heights for new buildings

The city plan that came into effect in May 2013 has caused a dramatic change to the property landscape. After being driven by land for sale in the previous two years, the market is now propelled by projects for sale. 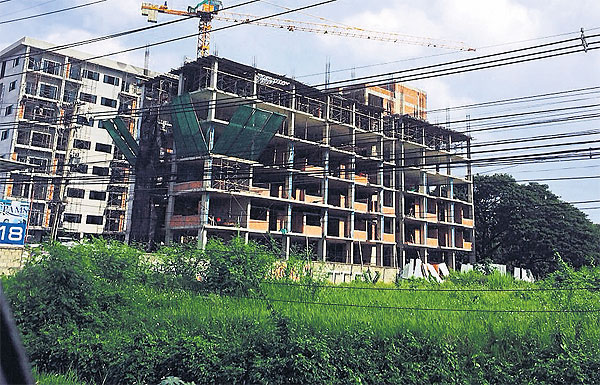 Seen at Superhighway Road near Nimmanhaemin Road is a condo project that is under construction was launched before the city plan came into effect (above), and a big banner (right) saying ‘Urgent! Plot for sale at 130,000 baht per square wah’.

The reason? The plan lowers substantially the height of new buildings from 23 metres and above to no more than 12 or 15 m. The restrictions have had the greatest impact on the condo sector, particularly on speculators who gained condo construction permits for their land before the city plan became effective.

Stymied by the restrictions, they are now putting them up for sale. Just Google “Land for sale in Chiang Mai with construction permit” and the number of plots that comes up tells the story.

Most are plots planned for condo development with seven- or eight-storey buildings in popular locations such as Nimmanhaemin Road, Huay Kaew Road or the city’s walking street.

These locations cannot have any more construction of buildings higher than 12 m (3-4 storeys) or 15 m (five storeys).

Matthew Lin, director of Chiang Mai-based developer Summit Global Developments Co, was offered a project for sale with a construction permit for an eight-storey condo in one of these locations early this year. 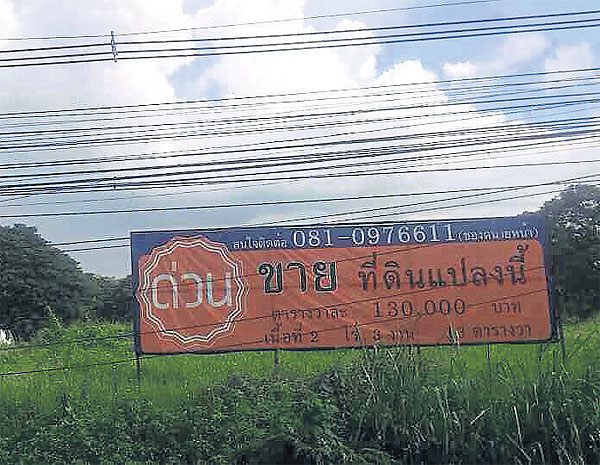 However, he says: “Many owners of these projects do not have a financial problem or a poor project sales rate. They are just landlords who marked up the price of their plots by getting a construction permit before the new rules came in.”

He says more off-plan condo projects have been launched in recent years, with plots with condo construction permits being offered to investors and developers.

According to the Department of Public Works and Town and Country Planning, a construction permit for a building with a construction area of less than 10,000 square metres is valid for just one year, with an extension allowed for one more year.

It can be extended for another year if all foundations of the building or at least 20% of the construction area are completed.

Mr Lin says it is worth an investment for a permit renewal fee of only 20 baht plus 4 baht per sq m for a building lower than 23 m. 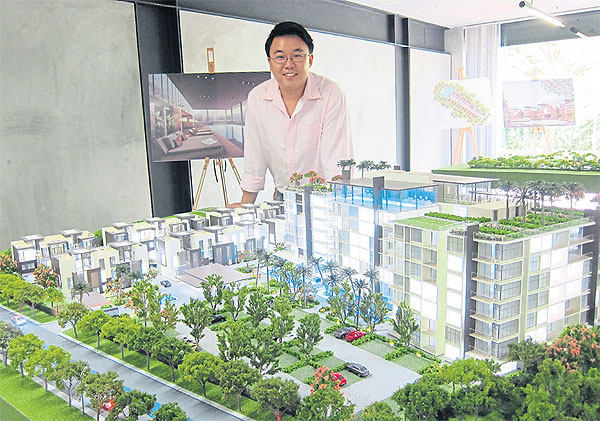 More off-plan condo projects have been launched in recent years, with plots with condo construction permits being offered to investors and developers, says Matthew Lin

“Condo oversupply in Chiang Mai is related to projects with permission for construction. Very few condo projects are being completed.”

According to the Real Estate Information Center, 50 condo projects comprising about 6,700 units worth a combined 19 billion baht were outstanding in Chiang Mai at the end of 2013.

Only one project was launched before 2010, while the remainder were launched from 2011-13.

By zone, 46 projects were located in Muang district, with the rest in Hang Dong, San Sai and Mae Rim. 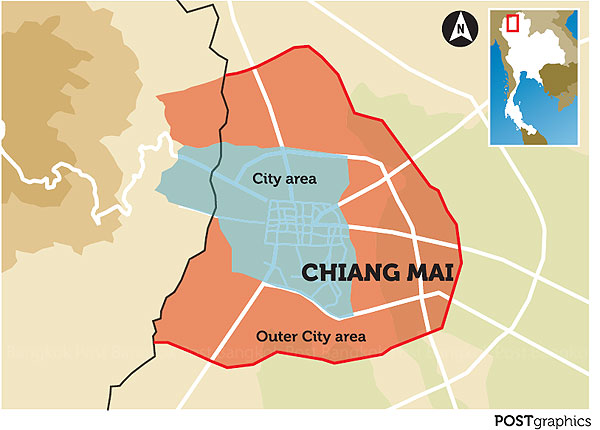 Chiang Mai province: New buildings in the city area will be no higher than 15 metres.

Half the units were under construction, 33% had not been started and only 17% were completed.

Many were launched by local people who owned land in locations where they expected a negative impact from the city plan. They were afraid that their plot might fall in price after the city plan became effective.

“Nine years ago, professional condo developers in Chiang Mai were very few in number. In the past few years, there were many new entrants to the market due to the change in the city plan,” Mr Anon says.

Owners of photographic, gold and jewellery and electronic appliance shops, car and motorcycle distributors and even dentists who owned land in prime locations hurried to get a construction permit before the city plan became effective.

“From 2006 when the previous city plan expired to 2012 when the new one was being drafted, there was a vacuum in city plan enforcement that alarmed landlords, investors and developers,” Mr Anon says.

They learned that a change in the city plan would have a negative impact on their land value, prompting landlords to get construction permits and developers to invest in condo projects.

Due to oversupply of condo launches, marketing activities in Chiang Mai’s property market have switched to single houses and townhouses since the middle of this year after the political situation calmed down.

After launching a single-house project for the first time in Chiang Mai a few months ago, SET-listed developer Pruksa Real Estate Plc launched another early this month. Both are at the same location on Rob Muang Chiang Mai Road or the Outer Ring Road.

On the same road, another Bangkok-based SET-listed developer, Property Perfect Plc, is resuming construction of a show house at its single-house project after freezing the scheme in the first half.

Property Perfect also shifted to the single-house segment early the year after launching a condo project last year. It plans to launch a single-house project worth 960 million baht, comprising 208 units priced from 4 million baht, in this quarter.

Sansiri Plc has told customers and people who visited one of its Chiang Mai projects about a discount of 900,000 baht for a unit priced 6 million baht. A commission of 100,000 baht will be given to anyone introducing a new customer.