Culture at a Crossroads
Business

Culture at a Crossroads

In Unesco-protected Luang Prabang, the pursuit of prosperity is increasingly at odds with the desire to preserve tradition.

The wintry morning mist recedes to reveal ancient golden temples resplendent even in a light drizzle. Hundreds of monks in saffron robes glide in a single line toward pilgrims waiting on their knees with pots of sticky rice ready to be offered. 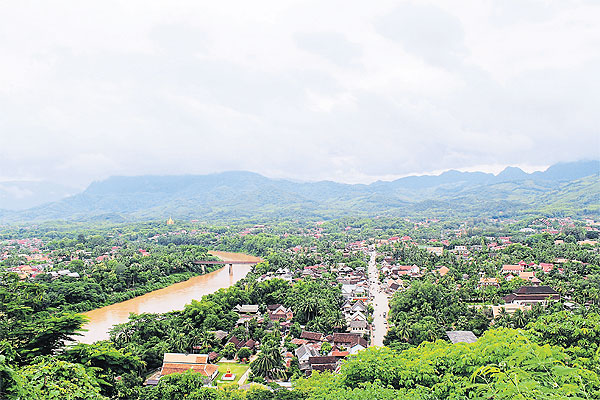 The almsgiving ritual unfolds the way it has every day for centuries, when suddenly a local tour guide points her index finger and tells her fellow travellers to look at those "orange things".

One of the few remaining historically authentic places in Asia, this famed city of temples in Laos is increasingly vulnerable to losing its original charm as the forces of globalisation encroach.

Hundreds of foreign tourists are at the almsgiving site to witness the religious activity, which TripAdvisor ranks 13th on a list of things to do in the ancient capital.

Many intrepid travellers run alongside the monks with their digital cameras, afraid of missing a great shot, while a dozen of Korean tourists sit loosely in a red open-sided tram car to watch the monks passing by.

A monk who has been at the site for seven years tells me that such behaviour, while it might seem funny at times, is gradually wearing down the authentic element of the sacred ceremony.

Tourism authorities are aware of the challenges. They have asked local businesses to do their part to ensure that tourists embrace Lao culture and acknowledge the almsgiving as a spiritual and religious activity, not as a street sideshow. 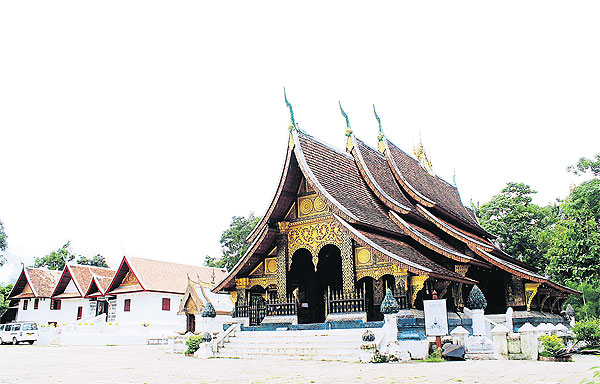 Wat Xieng Thong, built in 1559 in Luang Prabang, is one of the most important Lao monasteries. Until the Communist takeover in 1975 the wat was a royal temple under the patronage of the royal family and Lao kings were crowned there.

"We recognise the problem and, as the provincial government, we try our best to protect the culture and tradition of Luang Prabang," said Soudaphone Khomthavong, deputy director of tourism at the Luang Prabang Provincial Information, Cultural and Tourism Department.

"Some tourists have truly gone overboard, not only at the almsgiving but regularly in town. Some even walk bare-breasted through the city. Local people, of course, are laughing at them."

Since being listed as a World Heritage Site in 1995 by the United Nations Educational, Scientific and Cultural Organization (Unesco), Luang Prabang has been subject to stringent regulations to preserve the ancient culture and traditional architecture.

For example, in the Unesco-restricted area, the French-colonial style structures and Lao wooden houses can be no higher than two storeys. The scenery conveys an air of serenity, but behind that calm facade, the lifestyle of local people is undergoing rapid modernisation.

"I think Unesco wants to freeze things in time just because it's 'traditional'. I disagree with that concept," says Joanna Smith, the co-founder of Ock Pop Tok, a social enterprise in Luang Prabang working on traditional textile production and handicraft instruction. 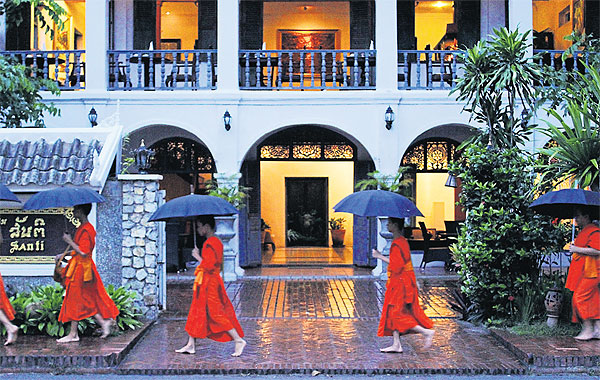 "Cultures are dynamic. Society is changing and evolving, and you have to allow society to evolve and change as well."

She raises her company as a good example in terms of maintaining a balance between cultural preservation and doing a fair business. "We are really respectful of the tradition and we understand that we have to evolve as well."

The country's fast-growing tourism industry, despite the potential threat it represents to indigenous culture, contributes greatly to the economy and to improving the living conditions of many local people.

The percentage of Lao citizens below the poverty line was estimated at 22% last year, according to the CIA World Factbook. That compares with 48% in 1995, before the tourism boom began.

"The number of tourists to Luang Prabang has been increasing exponentially in the past few years. In just the first seven months of 2014, the city received 370,000 visitors, compared with 342,000 in all of last year," said Ms Soudaphone.

"With Asean integration slated for the end of next year, Lao authorities plans to increase the number of tourists [in Luang Prabang] to as many as 500,000 per year by 2015."

That would certainly put a strain on Luang Prabang, where planners say the maximum carrying capacity is currently about 6,000 visitors per day. 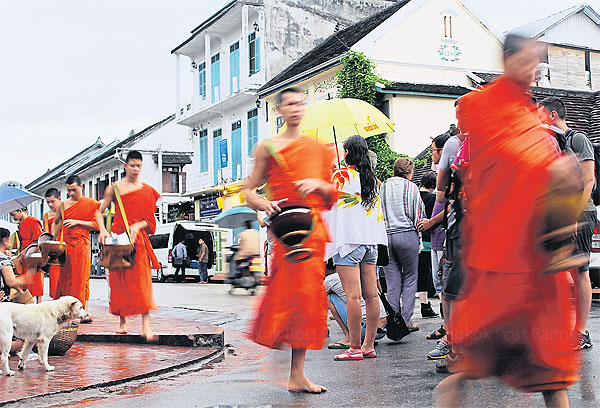 Growth seems inevitable because reaching Luang Prabang is getting easier, with more flights as well as bus services from neighbouring countries. But accommodation remains scarce because of strict restrictions limiting hotels to no more than 25 rooms each.

"It is quite a challenge to adjust to the Unesco regulations. You cannot construct any additions to the old building structure or even put something on the wall," said Pablo Barruti, general manager of the 23-room Hotel De La Paix Luang Prabang.

"But it's a part of the charm to stick to the reality. This hotel used to be an old governor's house which is today a Unesco-protected property. Turning this place into a hotel was intended to maintain the old structure while also keeping it alive."

The management of the hotel will soon be taken over by the French luxury brand Sofitel, the first global brand to enter Luang Prabang

"The rebranding is meant to gain more exposure in the global market, but prices are expected to be increased as well," said Mr Barruti.

The surge in tourism in Laos hasn't been limited to Luang Prabang. According to the Tourism Development Department, the country last year welcomed 3,779,490 international visitors, who pumped US$595 million into the national economy. The number rose from 3.3 million the previous year and is forecast to reach 4.6 million by 2020.

Eighty percent of the tourist arrivals are from Asean travellers, with Thais alone accounting for 54.4% or just over 2 million. Followed by about Vietnamese at 42%. The ratios have been consistent since 2007.

Outside of hydropower, Laos has few other sources of foreign exchange, so it needs tourism, and it will need to manage it come what may. With a $7.2-billion high-speed railway funded by China taking shape, arrivals will only increase.

Nonetheless, the country must learn to loosen its heavy dependence on foreign financial aid, pay an opportunity cost for putting conservatism aside, and grab a better chance to flourish under a positive influence. It still has the chance to determine its own destiny before it's overrun by smartphone-waving gawkers pointing at "orange things".

"The bottom line is that changes are always going to happen. You can't stop change. The best thing is to be part of a positive change," said Ms Smith, co-founder of the Ock Pop Tok, a textile learning centre in Laos.