After a long price decline since 2011, outlook brightens as El Nino-linked dry spell causes shortages and demand for biofuels rises.

A worker unloads oil palm fruit from a truck at a processing plant in Lam Tap district of Krabi province.

Asean palm oil producers are poised to benefit from a price rebound that could be sustained throughout 2016, as dry conditions linked to El Nino curb palm production while demand surges from fuel producers for palm-based biodiesel.

Malaysia's Sime Darby Bhd, the world's top oil palm planter by acreage, expects the El Nino weather phenomenon will hurt its production in Malaysia and Indonesia, as will adverse impacts from the recent haze caused by forest burning in Indonesia.

"The ongoing El Nino is the strongest since 1997 and is expected to have a lag effect on production, up to 2017," a Sime Darby spokesman said in an email reply to questions from Asia Focus.

"We are already seeing a deep decline in month-on-month production numbers, and expect this trend to continue throughout the low production cycle in early 2016."

El Nino warms sea-surface temperatures in the Pacific, leading to dry conditions across Asia. Palm prices soared 57% in 2009 partly due to El Nino. In late 2015, concerns about a shortage pushed the price of the world's most-traded edible oil up by 27% from a six-year low of 1,975 ringgit per tonne in August. The price last year peaked at 2,302 ringgit in January 2015.

Sime Darby estimates its production will be reduced by around 6% in Malaysia and 8-10% in Indonesia over the next one to two years because of El Nino effects. The two countries account for 86% of the world's total palm oil output and Thailand produces most of the remainder.

In December, palm oil stockpiles in Malaysia fell for the first time on a monthly basis since June 2015 after production in the world's second largest supplier shrank 18% to a 10-month low of 1.36 million tonnes, according to Bloomberg.

"The recent haze will have a similar compounding impact affecting fruits and disrupting oil extraction as well as crop production," he added.

Also positively affecting palm oil prices is Indonesia's push for mandatory use of B20 biodiesel, a mixture of 20% palm-based biodiesel and 80% diesel. Also, Malaysia is promoting B10 diesel fuel.

"The whole palm and vegetable oil industry will benefit from both mandates, which will see petroleum companies take up the supply in the market, hence increasing the demand for CPO and vegetable oil," said the spokesman. 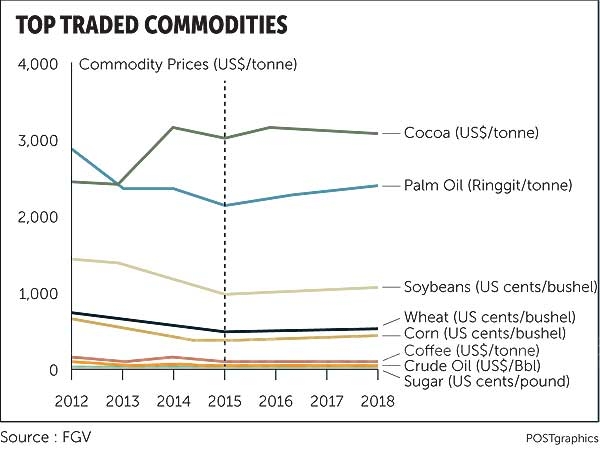 John Clendon, managing director of SET-listed Univanich Palm Oil Plc (UVAN), said the Malaysian CPO price in December was between 2,300 and 2,400 ringgit (US$537 and $560) per tonne, compared with 2,186 ringgit in the six months from May to November.

Prices had fallen earlier as part of a normal price cycle, as happens with all commodities. High prices lead to higher production and eventually lead to lower consumption. "In fact, prices have not fallen as much as they have in the past," he said.

Mr Clendon said factors driving the price upward included the likelihood of lower output amid dry conditions. Seasonal production around the region is already declining as low prices have growers worried about margins, leading to lower fertiliser use and maintenance inputs to reduce costs. 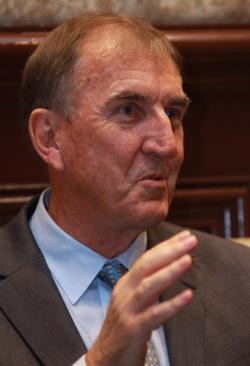 "Global palm production in 2016 will be flat at best. It is unlikely to increase in the coming year despite young areas coming into first production," said Mr Clendon.

Meanwhile, overall palm consumption will continue to soar due to the increase in the global population. More biodiesel mandates in countries such as the United States and Indonesia will push the price up further, he added.

Dato' Mohd Emir Mavani Abdullah, group president and CEO of Malaysia-based Felda Global Ventures (FGV), said CPO was expected to trade at an average of 2,200 ringgit per tonne in the first quarter of this year.

Prices of commodities such as CPO, rubber and sugar are forecast to recover only marginally in the next two years as the buildup of stocks from a period of oversupply could limit the upside potential. Rubber, for instance, is projected to trade in a range of 6-7 ringgit per kilogramme this year as consumption grows by about 4%, compared with less than 1% in 2015.

"We expect CPO production from major producers to increase in tandem with maturing planted areas coming into production couple with higher FFB (fresh fruit bunches) yields," he said in an email to Asia Focus.

"Despite the poor performance, we need to be reminded that the commodity industry is a cyclical sector and in order to remain resilient, we need to actively diversify our revenue base and implement programmes and practices to offset the volatility in the market."

The establishment of the Council of Palm Producing Countries (CPOPC) is seen as a key development demonstrating the commitment of Malaysia and Indonesia to sustainable palm oil practices, to ensure stability in the market and improve competitiveness, Mr Emir noted.

"The recent announcement between Malaysia and Indonesia to set up the CPOPC could ensure palm oil price stability. There are also various ongoing initiatives among the major producing countries for the betterment of the industry in the medium to long run," he added.

LMC International Ltd, the world's leading agribusiness consultancy, has predicted a 9% drop in Indonesian palm production in 2016 and a 4.5% decline in Malaysian output due to a full-blown El Nino. The Indonesian Palm Oil Association forecasts a decline of 3-5% in the world's largest producer.

The government-appointed Indonesia Estate Crop Fund for Palm Oil estimated Indonesian demand for biodiesel would climb to at least 7.1 million kilolitres (1.9 billion gallons) this year from 1.3 million in 2015. The state energy company PT Pertamina foresees threefold growth in its procurement of biodiesel to 5.5 million kilolitres this year from 2014. 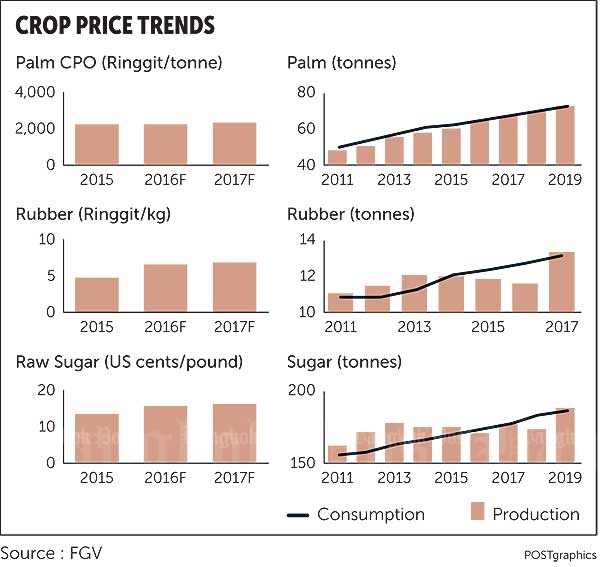 Univanich, meanwhile, is developing new sites in the southern Thai provinces of Nakhon Si Thammarat and Phatthalung, said Mr Clendon. Currently, it operates three crushing mills in Krabi with combined production of 150,000 tonnes of oil annually. It processes about 900,000 tonnes of fresh fruit bunches per year.

"We have already obtained the necessary community approvals and an industrial licence in Phatthalung where construction of the new palm oil factory will proceed in 2016," he said.

"Although the approval and licensing process in Nakhon Si Thammarat started much earlier, it has moved more slowly so the new crushing mill may be delayed until 2017-18."

The company is also stepping up investments in the Philippines where its first palm oil crushing mill was commissioned in 2014.

"Surprisingly, in view of the low palm oil prices, our seed and seeding business has been doing well. There is still good overseas demand for Univanich hybrid oil palm seeds exported from Thailand," Mr Clendon added.

Sime Darby, meanwhile, is focusing on improving efficiency and productivity.

"To mitigate the impact of the adverse weather, Sime Darby will continue to ensure good agro-management practices such as enhanced water and moisture management and efficient crop recovery."

FGV, the world's biggest crude palm oil producer and No 3 in terms of plantation area, is also seeking to grow. It has made an offer to purchase a 37% stake in PT Eagle High Plantations Tbk, the plantation unit of the Indonesian conglomerate Rajawali Group, for $680 million, its biggest acquisition so far. The two companies are said to be renegotiating the price in a restructured deal after FGV shareholders criticised it as too expensive.

Under its Global Strategic Blueprint 2020, FGV aims for total revenue of 100 billion ringgit five years from now and to emerge as one of the top 10 agribusiness companies globally.