The Tourism Authority of Thailand (TAT) is working hard to penetrate the high-end Chinese tourist market as it seeks to move away from the highly competitive mass market.

China has been the biggest market source for Thai tourism since 2012. Last year, Thailand welcomed 7.9 million Chinese tourists or 27% of the 29.8 million international arrivals. 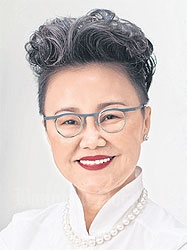 Srisuda: We must not underrate our rivals

The agency, however, is not satisfied with the sharp rise because it wants to target more high-end travellers. Thailand remains a mass market tourism destination despite having many luxury tourism products.

"We still have room to grow in this market but we must play carefully and not underestimate our rivals," said Srisuda Wanapinyosak, TAT's deputy governor for international marketing (Asia and the South Pacific).

Outbound tourism in China grew 20% to 139 million trips last year. China's outbound travellers are estimated at about 1% of the total 1.38 billion population. Everyone sees vast potential for growth in this market, said Ms Srisuda.

Spending per head for Chinese travellers in Thailand was 6,400 baht per day, higher than average tourist spending of 5,690 baht per day.

Ms Srisuda said the TAT will work harder to capture more high-end Chinese tourists and re-image the country as a quality destination.

The TAT noted Chinese tourists to Thailand who earned on average US$60,000 per year totalled 375,000, or around 5% of total Chinese visitors last year.

"We want to see high-end Chinese tourists account for 30% of total arrivals to Thailand," she said.

Ms Srisuda said that other countries were currently attempting to lure more Chinese tourists. Recently, Malaysia offered visa-free entry to Chinese travellers from March to December this year on the condition that each stay not exceed 15 days.

Thailand also needs to keep an eye on Japan's aggressive marketing strategy and strong tourism products, with Chinese arrivals to the country growing 107% to 4.9 million in 2015.

Thailand also cannot underestimate Vietnam and the Philippines, which are highly popular among South Koreans. Vietnam has similar tourism products to Thailand while the Philippines has attractive magnets like casinos.

The agency is trying to create a balance between tourists from China and other countries.

The TAT aims to focus more on the Asean market, which has high growth potential.

Last year, total arrivals from Asean countries to Thailand were 6.7 million and are expected to rise to 8.3 million this year, generating income of 245 billion baht.