Mitr Phol Group, Asia's biggest sugar producer, has set aside 50.4 billion baht for its five-year expansion plan (2016-20) as it seeks to capitalise on the recovery of global sugar prices and add more value to its sugar byproducts.

President and chief executive Krisda Monthienvichienchai said the expansion will be done under the concept of bio-based industry, aiming to generate more revenue from added value.

He said 28 billion baht will be used for expanding crushing capacity. That will include building four new sugar mills after being granted licences by the Industry Ministry to start construction.

For its sugar business, which will remain its core business over the coming years, it plans to grow more sugar cane to meet rising crushing capacity.

"Sugar-cane plantations will increase from 10 million to 10.6 million rai. That will increase our cane production from 105 million to 180 million tonnes by the end of the five-year plan," said Aumporn Kanjanakumnerd, chief operating officer of Mitr Phol's sugar business group.

The additional plantations will come from changing from rice to sugar cane in line with the government's support for farmers who switch to growing less-thirsty crops.

Expansion in China, Australia and Laos will also help generate higher sugar output over the next few years.

With expenditure on marketing, the group plans to scale down the proportion of sugar sold via international trading companies and start exporting its own Mitr Phol brand to end-users, Ms Aumporn said. 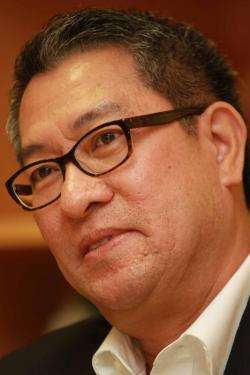 "We aim to keep sales via trading houses channel around 30%, down from the current 80%, as we want to run the marketing strategy by ourselves to make our brand a well-known one," she said.

It also plans a 1MW solar rooftop in Chaiyaphum province and a 2MW solar farm in Suphan Buri province, he said.

With an expected rise in the supply of molasses, the sugar byproduct used as a raw material for producing ethanol, the company expects its annual ethanol production to rise to 400 million litres, up from 380 million now.

Mitr Phol also plans to create added value for dry yeast, a byproduct of ethanol production, by turning it into a major protein source for animal feed.

"This is the first year that we can generate revenue from dry yeast, which can be used as a substitute for imported soymeal and fishmeal, whose prices fluctuate. The yeast was sold for the first time this year to major feedstuff producers in Thailand," said Mr Pravit.