It's a whitewash!
Life
Arts & Entertainment

Art Matters this month begins with words of congratulations to Speedy Grandma which just celebrated its fourth anniversary this past weekend. After closing down for several months because, according to co-founder Lee Anantawat, "we were just bored and tired", the gallery in Charoen Krung 28 is now back and it's just, well, as fun and slightly dingy as before.

Lee said that visitors will get to see pretty much the same stuff as before. She's not so sure how much the space can contribute to the art scene in general but just hopes that it can survive as long as 10 years.

Who else is going to last as long as 10 years? It's still early days for Bangkok CityCity Gallery which turned one earlier this month, but things are looking good. After great success with director Nawapol Thamrongrattanarit's show, the whitewashed space continues to surprise us with its range of projects, the latest being "Chat Room", Grisnana Eimeakamol's project that invites the public to send in their thoughts and criticisms on the current state of the Thai design scene. He then printed all these comments and plastered them all over the walls.

Admittedly, the initiative is no novelty but it's refreshing to at least see "dialogue" put into concrete form in a society where criticism is, rather than rewarding and constructive, almost always thought of as bad etiquette. While this project in particular concerns the design industry, the visual art scene could do with one as well. Wouldn't it be nice, for instance, if we had such "walls" on which we could post whatever we honestly think.

"Soichiro Shimizu's latest set of paintings at YenakArt Villa is kind of boring, they look pretty much like the old ones," someone might write. Or: "The exhibition Kern by Surat Osathanugrah at Bangkok University Gallery was heartwarming and all but I didn't quite understand the buzz around it."

Only a few months old is N22, a commune of galleries -- Cartel Artspace, Gallery VER, Tentacles -- in Narathiwat Ratchanakharin 22, yet it is going as strong as ever. Time and time again we have covered shows in these spaces, so often that readers may wonder if we have been bribed in one way or another. It's very unlikely, mostly for financial reasons. Tentacles is the best example, the collective's members are doing everything they can -- from cleaning the toilet to drip brewing (after washing their hands) -- to keeping the business going.

Further proof is the fact that there's still no air-con upstairs in the space for current exhibition "Three-Cornered World" by Pam Virada, and seeing art has never been this sweaty. The artist herself, while giving visitors a private tour, seems in a constant flux between enthusiasm for her work and impatience to get it over with and rush downstairs for some coolness.

However, this is fitting in a way for what Pam is trying to do. The space is like an attic of one's mind and Pam's site-specific installation is to archive her memories. Using some 400 images taken during her time in South Korea a few years ago, the artist tries to store her time there by making collages of images and often cutting out main objects in the photos. In one section, in an attempt to archive, systematise even, her memories, she would assign a group of images to a certain keyword and put them in an index box for viewers to browse.

The beauty in this show is by no means the aesthetic side of it, but a sad sense of nostalgia in the artist's insistence to do something she's already aware of is an impossible task. Photography that's generally considered "instant reality" and "concrete evidence" is just as fleeting as anything else.

Next door at Gallery VER, it's Sutthirat Supaparinya's solo exhibition "10 Places In Tokyo". The title is self-explanatory; the 10 video channels present 10 bustling locations in Tokyo. During a residency in Japan in 2012, Sutthirat, who's been creating video works related to the damage caused by dam-building in Thailand, got interested in the issue of the 2011 Fukushima nuclear disaster. The 10 places Sutthirat picked up are, according to a study in 2011, the locations which used the amount of electricity which came from the nuclear power plant in Fukushima the most. Struck by the fact that while Japan was the victim in the 1945 atomic bombings of Hiroshima and Nagasaki and the 2011 disaster also was to do with nuclear power, but this time it was from within the country, Sutthirat's videos here create a dialogue between the two major incidents. As visitors stand enveloped by the glow of reddish orange light in the space that feels somewhat disorientating, all 10 video channels start by being smothered by white flashes before the scenes return to normalcy just so that they are slowly eaten up all over again, this time by spreading grainy spray. 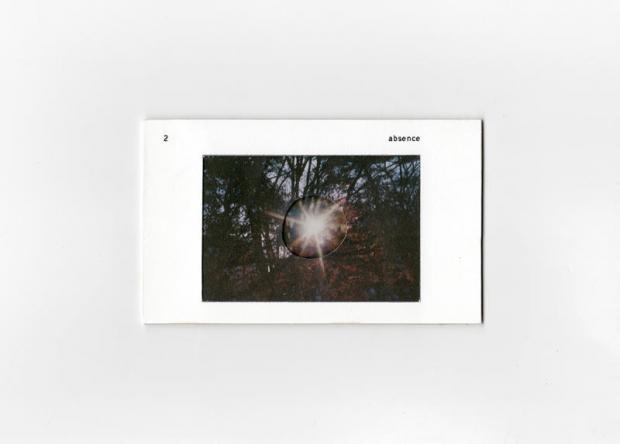