In the eye of the storm
Life
Arts & Entertainment

In the eye of the storm

Exactly four decades after his iconic photograph of the Oct 6, 1976, Thammasat massacre, Neal Ulevich reflects on the circumstances of history captured through the lens

The photograph is brutal because the reality is brutal. 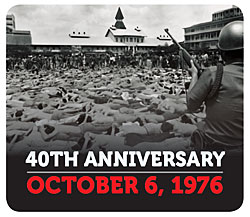 As memories fade and truth remains clouded, a particular photo has grown in implication, in reflection and in sheer horror. There's a lot of photographs and news footage from the morning of Oct 6, 1976, when the police and right-wing militia laid siege and attacked students at Thammasat University, killing and brutalising scores in one of the worst bloodsheds in Thailand's modern history. But it's the one image taken by AP photographer Neal Ulevich that encapsulates the senseless brutality, and the madness, of that morning 40 years ago: a mutilated corpse dangling from a tree in Sanam Luang as a man is about to bash the lifeless body with a folding chair. The photograph, even more chilling to some, also shows a boy standing among the onlookers laughing.

The importance of Ulevich's picture as a historical record is immense, becoming even more so over the decades as society has gone through other clashes of ideologies, leaving more dead bodies on the street. Today the "chair" photograph is invariably used to exemplify the worst outcome of a conflict spiralling out of control after nationalistic propaganda plants fear and hatred of political enemies. (In 1976 it was the communists.) The eerie power of the picture has also evolved over the past 40 years: it was used as an album cover of an American rock band (Ulevich didn't realise it until he saw it); it inspired several Thai theatre productions and movies; and has been used in countless satirical internet memes. The word kao-ee, or "chair" -- referring to the chair in the photo -- has also acquired a jokey, colloquial connotation in certain circles in Thailand, meaning a threat to those who have anti-establishment thoughts.

Ulevich, now 70, won a Pulitzer Prize for the photographs he took. After stints in Bangkok, Beijing and Tokyo, he moved back to the US in 1990. For one of our articles commemorating the 40th anniversary of the Oct 6 atrocity, we contacted him through email -- which he preferred to Skype -- and asked him about the events of that day. Here's an edited version of the conversation.

When did you arrive at Thammasat on Oct 6? Things had been tense, especially on Oct 5. In the days leading up to Oct 6, did you feel at any point that things could turn violent?

As I recall -- keep in mind it has been four decades -- I arrived about 7.30am or 8am. I had not known things were boiling many hours before that. A Thai AP reporter was on scene and returned to the bureau quite early to write a story. He called the bureau chief, Denis Gray, to advise him of the developments.

By 7.30am both had returned to the bureau, one to write and the other to develop film.

Once told of the trouble I assembled my gear and took a taxi to campus. The above miscommunication resulted in me arriving there just before the situation reached a climax. I was the only AP staffer on scene. I was also mindful of deadlines, but the situation was so serious, and potentially so murderous, that I felt my presence there was vital, deadlines be damned.

My respected UPI colleague, a Thai, was shot in the neck minutes after arriving. He survived. 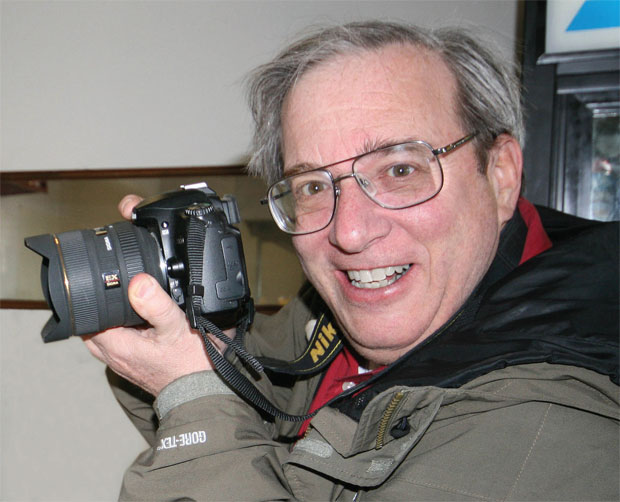 Do you remember at which point it struck you that things were going to get really ugly?

As a photographer, how did you position yourself physically in relation to the unfolding event? Did you have time to consciously put yourself in the spot where you could get good pictures?

I was on the police/paramilitary side of the football field. Since all the shooting was directed from there to the building in which the students sheltered, any other place seemed ridiculously hazardous. At one point, when things quieted down, I moved onto the field. But then shooting began again and I lay flat on the earth. At that point I was sure I'd be shot. But the firing quieted down again.

Did the police try to stop you from taking pictures?

No, not at all. The situation was utterly chaotic.

Would you describe the moment before you took the "folding chair" picture? Did you get to the spot after the mob had already hanged the corpse from the tree, or did you see them in the process of doing it?

The students had surrendered -- a few were able to flee. The paramilitaries made them lie down on the ground. At that point I decided it was nearly over, and to leave before someone demanded my film. I moved to the campus gate. I could see commotion there. I worked my way through it and took a few photos -- one, of two policemen escorting a student off campus as he was sucker-punched in the face by a rightist. Then I saw crowds milling about two trees in Sanam Luang. Among those in the chaos at the gate was an elderly German tourist with an 8mm movie camera, apparently from the Royal Hotel across Sanam Luang. I screamed at him to leave before he was killed. He seemed to be having a good time and ignored me.

The crowd saw you with the camera; did they react to your presence in any way?

The crowd ignored me. 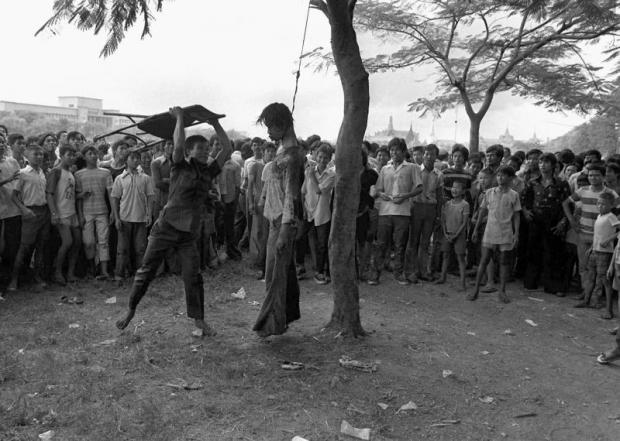 So you didn't take many shots of that particular picture? Are there other continuous shots that weren't made public?

[I took] a few. I did not press my luck. I knew the backlighted scene would be slightly underexposed. I could handle that in the darkroom. The image I selected was the best of similar images, nothing substantially different.

The talking point was the beating of the corpse but also the smiling boy in the crowd. Did you see that when you took the picture, or later? Do you remember the reaction of other people crowding around the tree?

As you note, a few were smiling. I saw this and attributed it to either lynch-mob frenzy, or a response to witnessing something really wrong and disordered, possibly both.

The ritual or festival aspects of the massacre cannot be ignored. I think those on the right-wing side of things, which was winning, felt invulnerable.

The Thai papers didn't run your picture, even when you won the Pulitzer. It was only later that the records of the massacre -- and your pictures -- have been circulated more freely. How did the censorship work on that particular day?

I returned to the AP bureau desperate to have the darkroom tech develop the film and get the first of the prints to PTT [Post and Telephone Office, or the central post office] for radio-photo transmission. I was quite sure all international communications would be shut down or censored within a few hours. At that time, we could not send images from the bureau. Photos had to be printed, captioned and filed like a telegram from PTT.

At the bureau I gave Denis Gray a quick summary of what I had seen. He was astonished and began questioning me closely. I told him to hold off until my film was developed and printed. He could see the entire photo record at that point; it spoke louder than words, as photos often do.

When the film was developed, I selected the chair image and another, captioned them and dispatched them by messenger to the PTT, hoping to beat any closure of communications. Then I went back to work printing more of my pictures and a few by Mangkorn from earlier in the day.

When the messenger returned I asked him if the PTT employees had said anything to suggest censorship. He said no, they just commented on the amazing images.

That day we sent -- as I recall -- about 17 images, 12 of mine and the rest by AP Thai photographers. The follow-up included images of bodies being burned. All the images cleared before the communications switch was turned off. To put things in perspective, sending 17 images was nearly unheard of, for reasons of effort and cost. But this was clearly a story that deserved to have all available resources thrown at it.

We sent those images to Tokyo AP, where they were automatically relayed to New York and London AP.

In the evening we began to hear that police had raided Thai newspapers seizing film of the events. Foreign agencies were not visited.

You covered Saigon before Bangkok. Comparison doesn't always make sense, since the context is different. But had you previously seen anything similar to what you saw on Oct 6?

I had seen violent riots elsewhere, and of course considerable combat in Indochina. But this event was marked by a surfeit of wild shooting, crazier than anything I had seen.

When we in Thailand talk about learning from history, the reference is almost always the "folding chair" picture.

Photography -- imagery -- has the power of millennia. That is why we still are astonished by and adore the 10,000-year-old cave paintings at Lascaux.

The photo inspired plays, scenes in movies and recently internet memes. It was also used as an album cover for the punk bank the Dead Kennedys. Does it surprise you that the photo continues to live and be interpreted in different ways?

I'm far from Thailand, but I am aware of some of the continuing impact of the images, though not all you mention. Some years afterward I was in Sydney to train journalists in the use of an AP image archive. Stopping at McDonald's I saw a teenager with the Dead Kennedys T-shirt [with the chair picture]. I was amazed. I had not seen that before. I asked him where he got it. At first, I think, he simply saw me as another adult dumping on a teen. He pointed to a music store down the street.