Rousing history from its slumber

How a Westerner fitted Cambodia's history inside one 90-minute documentary

In the documentary Angkor Awakens, director Robert H. Lieberman condenses the past and present of Cambodia into 90 minutes. From the ruins of Angkor Wat to the Khmer Rouge horror and present-day testimonies, the film highlights the key episodes in the country's cultural and political development. And while the broad sweep may seem a little too broad at times, the film pulls a rabbit out of the hat with its extensive interview with strongman Prime Minister Hun Sen, whose reflections on the state of his country as well as his memory of the Khmer Rouge era become a centrepiece of the story.

Angkor Awakens, which was screened in Phnom Penh earlier, will screen at the Foreign Correspondents' Club of Thailand this Monday, with the director present to answer questions. Lieberman, a novelist and filmmaker, talks to us about his film.

Cambodia is such a big subject, historically, politically and anthropologically. How did you manage to get everything under 90 minutes?

Yes, Cambodia is a huge subject. In total we had 200 hours of footage, which had to be boiled down to 90 minutes. Four years in the making, it was a monumental task for the editors, especially David Kossack, who created the texture and story. I had worked with him on our previous film, They Call It Myanmar, but the scope of this film was like no other project I had ever worked on -- that includes docs and fiction films.

The film has a huge sweep to it. It attempts to cover the entire history of the country, going from the ancient Angkor Empire, through the French Colonial period, the Vietnam War, the Khmer Rouge period and all the way up to the present -- it even peeks into the future. It covers the thinking of the Cambodians, not only the older generation, which suffered under Pol Pot, but the young, too. It examines the politics, and includes excerpts from a two-hour interview with Hun Sen.

The strong parts of the film are the Khmer Rouge chapter and the Hun Sen interview. The subject of the Khmer Rouge has been touched on by so many books and films; what was your plan to make the story new and revealing?

Much as I might have liked to give short shrift to the Khmer Rouge period, there was simply no way around talking about it. As someone says in the film: "It was the Cultural Revolution on steroids." To this day, it profoundly effects the Cambodian people. Even the young -- though they often don't know what really occurred [because their parents haven't told them].

I'm a child of the Holocaust. My parents escaped with my older brother from Vienna in 1938. Most of my family was murdered -- I have very few relatives. And I know for a fact that this kind of trauma has affected my life. It has given me the sense that everything is temporary, fleeting. You need to be ready to pack and leave at a moment's notice. But this was a different kind of genocide. It was not Germans against Jews. The genocide in Cambodia was an "auto-genocide" with Khmer killing Khmer. 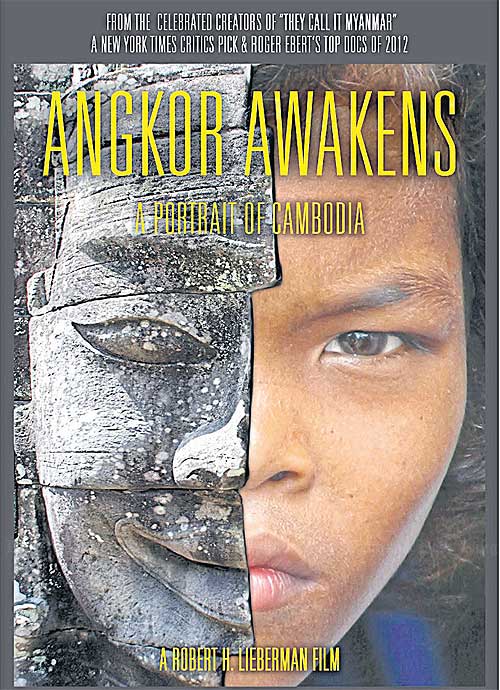 How did you get the Hun Sen interview?

I got the Hun Sen interview through John Gunther Dean in Paris. He was the last US ambassador in Cambodia, before America fled the country -- and Vietnam shortly thereafter. I sent him an email. The next day he called me in New York. I noticed a German accent and it turned out that he was a refugee from Germany. His family came in 1939, around the time my parents did.

[I went to see him in Paris] and I filmed him over three hours. And just when I was leaving, standing in the doorway, I asked him if he knew Hun Sen. "Of course. He's a friend!" he said. "Do you think you could write a letter introducing me?"

And Mr Dean sat down and wrote in longhand a letter to the prime minister. From there I sent it to the Cambodian embassy in Washington. In the end I had a two-hour eyeball-to-eyeball interview with Hun Sen in New York during the UN General Assembly -- I didn't even have to fly back to Phnom Penh.

How was Hun Sen in person?

I found Hun Sen surprisingly charming. Of course, when I hit sensitive topics, he started his usual finger-pointing and lecturing. I suspect the reason he agreed to this rare interview is that he wanted to address Western audiences. Much of the interview is not simply political -- though I asked him about the crackdown on demonstrators, the beatings and shootings.

Hun Sen talks about his decision to join the Khmer Rouge. Is this a sensitive thing to say now?

Hun Sen spoke about the loss of his eye and much of his sight; he spoke of the death of his son during the Khmer Rouge period and how he and his wife were not even allowed to go to the burial of the child and how, to this day, he doesn't know what they actually did with the body. Look, Hun Sen may be Cambodia's strongman/dictator, but he's also a human being.