The Comedy of Errors

Josh Tillman's third album under Father John Misty is a sobering piece of work that delves deep into the absurdity of humans.

As his shamanic alter ego Father John Misty, Josh Tillman positions himself as a keen-eyed observer of human behaviour. Never one to run short of wry witticisms, Misty has over the course of his previous two solo records given us songs with titles like Funtimes in Babylon, Now I'm Learning to Love the War, Bored in the USA and Holy Shit. Now with his latest studio offering, aptly titled Pure Comedy, he's operating at full throttle as a top-shelf satirist. His speciality? Human foibles and follies in all their glory.

"The comedy of man starts like this," he begins on the opening title track. "Our brains are way too big for our mothers' hips/ And so Nature, she divines this alternative/ We emerged half-formed and hope that whoever greets us on the other end/ Is kind enough to fill us in." Accompanied by simple piano tinkling, he trundles through a swathe of topics from human biology and sociology to religions and politics. "Comedy, now that's what I call pure comedy," he sings before suggesting that, ultimately, we're all "just random matter suspended in the dark".

The saxophone-embellished Total Entertainment Forever follows with biting ruminations on today's technological advancements and how we, as a species, are being entertained to death ("In the New Age we'll all be entertained/ Rich or poor, the channels are all the same … Not bad for a race of demented monkeys/ From a cave to a city to a permanent party"). Ballad of the Dying Man addresses our obsession with social media ("Eventually the dying man takes his final breath/ But first checks his news feed to see what he's about to miss") while the autobiographical 13-minute Leaving LA finds him taking a self-deprecating jab ("Another white guy in 2017 who takes himself so goddamn seriously").

Elsewhere there are tracks whose titles could easily double as a poem or short story title -- Things It Would Have Been Helpful to Know Before the Revolution, So I'm Growing Old on Magic Mountain, Two Wildly Different Perspectives and When the God of Love Returns There'll Be Hell To Pay. On the latter he flat out rebukes God for having the audacity to create us humans: "Oh Lord, maybe try something less ambitious the next time you get bored."

Throughout the album's sprawling 75 minutes, Misty hasn't held back once. Sure, he comes across as excruciatingly holier-than-thou for the most part, but then he counteracts it with plenty of self-effacement and the ability to laugh at himself.

Dripping with irony and back humour, Pure Comedy is an essential listen, especially in the current political climate and the direction mankind is headed. Even if you couldn't care less about its didactic, profoundly nihilistic lyricism, the record's warm '70s sonic styling and lush instrumentation alone are enough to warrant your attention.

To celebrate this year's Record Store Day (April 22), homegrown garage-rock darlings Yellow Fang team up with Bungkumhouse Records and Cyndi Seui for an exclusive, limited 7" vinyl. Here, the girls are sharing with us lead single Kae Piang, which, on the surface, sounds like a typical Yellow Fang track which fuses lo-fi garage with shoegaze stylings. But as the song wears on, we're treated to a few sonic surprises which arrive in the form of Cyndi Seui's synth-pop influence and producer Jay Monton's experimental electronic flair.

Operating under Forest Swords, UK producer Matthew Barnes makes the kind of noir electronic music that would befit an ancient pagan ritual. After a four-year hiatus following the release of his 2013 debut Engravings, Barnes returns with the promise of a new LP, Compassion. We've previously heard lead single The Highest Flood and now it's time for its successor Arms Out. The track is a sombre ambient number built on textured electronics and garbled vocal samples. A lush orchestral arrangement near the end adds a certain majestic quality that typically underpins his compositions.

The latest offering from Alt-J sees the Leeds lads returning to their left-field brand of indie-rock, a trait that's gone AWOL on their uncharacteristically subdued previous single, 3WW. On In Cold Blood, the trio serve up flamboyant brass and chant-like lines about a summer pool party: "Cut my somersaults and my backflip … Hair the way the sun really wants it to be/ Whiskey soda, please, your G&T is empty." The poolside shindig then turns dark as vocalist Joe Newman lets out a trademark "la la la" hook and continues, "Kelly, let's dive, dive down/ To the pool's bottom where we belong/ Kelly, we're sinking like a bleeding stone."

Fun fact: Amber Coffman is a former member of Dirty Projectors as well as former lover of its frontman Dave Longstreth. After their split, Longstreth released a break-up record which is promptly followed by Coffman's announcement of her own forthcoming solo debut. No Coffee draws its inspiration from '70s vintage soul-pop, recalling folk songstress Jewel and indie husband-wife duo Tennis. The lyrics, while containing traces of melancholia, are delivered with breezy honesty: "Don't need no coffee, I'm wide awake/ I'm not much for sleeping when your love is at stake."

Despite a slightly misguiding name, Sleep Party People is officially a solo project of a bunny mask-donning Danish artist Brian Batz who sometimes plays live shows alongside a bunch of other bunny mask-donning friends. The Missing Steps is the first taste of his upcoming fourth LP Lingering, a studio follow-up to 2014's dream-pop opus, Floating. The track goes down like a nice little post-rock pill, thanks to its hazy soundscape and Batz's spaced-out, reverb-drenched vocals that sound like a less depressing version of Thom Yorke's. 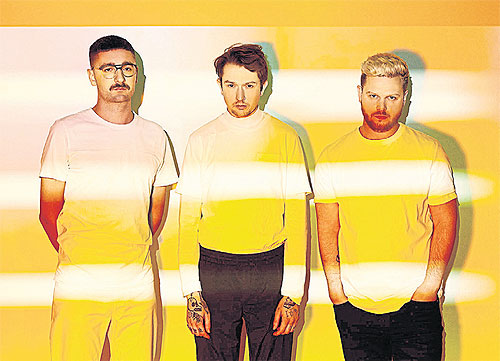 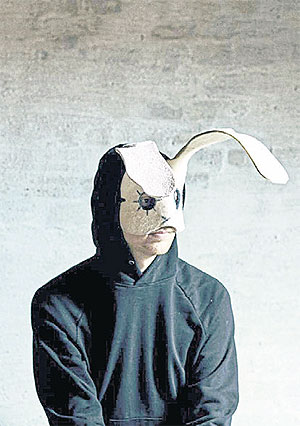