The Genius of Thai cinema

A Thai high-school thriller continues to score top marks across the Asian market. Chalard Game Goeng (Bad Genius), in which a team of smart teenagers set up an exam-cheating ring to rake in millions of baht from clients, opened at No.2 in China, hauling in over US$16 million (528 million baht) on its opening weekend. Now the film has become the highest-grossing Thai film of all time in that market.

It has been a startling run for the most commercially successful Thai film of the year -- of many years in fact. In early September, Bad Genius became the highest-grossing Thai film in Hong Kong box-office history after surpassing the HK$15.25 million (64 million baht) mark, the previous record held by the comedy The Iron Ladies in 2000. The enthusiastic reception also propelled the film to the same status as the highest-grossing Thai film in Taiwan, Vietnam and Malaysia. 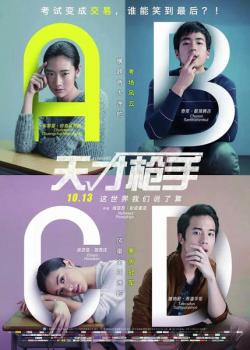 Directed by Nattawut Poonpiriya and produced by GDH559, Bad Genius was released in Thailand in May and took in more than 100 million baht. A stylish, nail-biting thriller, the film's best sequences take place in an exam arena, with 2B pencils scratching and the clock ticking as the student "genius" of the title transmits the answers of a test to her "clients", first through hand signals and later through an elaborate, time-zone-sensitive digital communication. This is a rare bright spot in Thai mainstream cinema, a film that has proved popular both among critics and audiences, and the same sentiment seems to have gripped several markets in which the film has been released.

In the early 2000s, there were several Thai mainstream movies that crossed-over and became successful at the international box office. In 2000, The Iron Ladies led the charge -- a true-story comedy about a volleyball team made up of gay and transgender players, it was a huge hit in Asia and Europe. In 2003, the butt-kicking Ong-Bak became arguably the best-known Thai film internationally -- today it's still the Thai film most people in the world remember and like, from Brazil to Japan and South Africa -- and launched the career of martial artist Tachakorn Yeerum, or Tony Jaa. It also spawned more sequels, which were less successful, as well as another martial arts franchise Tom Yum Goong.

In 2004, the horror film Shutter went from a local hit into an international sensation, sparking a sort-of craze in Thai ghost movies. The film, about a photographer whose pictures are haunted by the phantom of a dead woman, made huge money in almost every Asian market and was even remade into an American version (which was completely disappointing).

With its triumph in China, Bad Genius is now taking it to another level. China is expected to emerge as the world's largest film market in the next few years, according to several industry reports. Hollywood studios have been clamouring to have their new blockbusters open in Chinese cinemas, though the country's strict regulations allow only 34 foreign titles to be released each year (the number exceeded that last year however).

Bad Genius may offer solid proof that Thai filmmakers are still capable of generating excitement on the international market. But it also highlights an important fact: to go far, first you have to make a good film.

The Busan International Film Festival is wrapping up this weekend. Asia's most important movie event, the festival this year premiered the Thai film Malila, The Farewell Flower, a film that will certainly become a talking point when it goes on release here in a few months.

Malila is, to put it simply, a gay Buddhist drama, a rapturous and audacious film in which earthly passion finds solace in dark spiritualism. It stars popular Thai soap stars Sukollawat "Veer" Kanarot and Anuchit Sapanpong as two gay lovers in rural Thailand.

Following a tragic incident, one of them becomes a forest monk and treks into a jungle, where he encounters something unexpected. Through careful observation of jinxed romance and homosexual issues, the film dares ask that perennial question: Can Buddhist philosophy redeem the soul and liberate the mind?

The film has been directed by Anucha Boonyawatna, whose first feature film Onthakal (The Blue Hour) was a teenage thriller set in a hallucinatory town and around an abandoned, haunted pool. When he was still a film student at Chulalongkorn University, Anucha made Tam Sai Nam, or Down The River, a gay romance with a strong Buddhist element that, in retrospect, was also a precursor to the fully-formed Malila. The new film also has a strong metaphysical nature that will remind viewers of Apichatpong Weerasethakul's Tropical Malady, in which a soldier sets out into a jungle to find his gay lover who's transformed into a tiger.

At the Busan International Film Festival, Malila was screened in the Window on Asian Cinema section. The influential trade paper Screen called the film "patient and textured", and we can look forward to in-depth discussion when the film returns to Thai screens.