For the days that remain
Life
Arts & Entertainment

For the days that remain

Challenging taboos, one of Thailand's most popular directors returns with a film that looks death in the eye 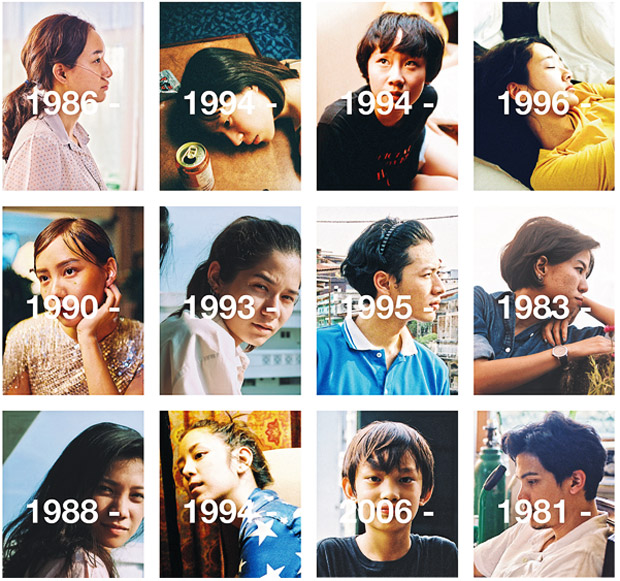 The Die Tomorrow poster is a mock-obituary collage of its actors.

'I wasn't obsessed about it, no, but I've thought a lot about death'

One of Thai cinema's most popular talents has chosen to address a heavy-hearted subject in his new film. In Die Tomorrow, death is everywhere. Or rather, everywhere is the fact that the tragedy of death is preceded, naturally, by the tragedy of being alive -- alive and without knowing when we won't be.

It's not a sunny topic, but one that surprisingly comes from a filmmaker with a huge following among young audiences who, naturally, are unlikely to think about their last day of being alive. Nawapol Thamrongrattanarit was a promising short filmmaker in the early 2000s, before his melancholic low-budget hit 36 brought him international fame in 2012. He followed that with the phenomenal Mary Is Happy, Mary Is Happy in 2013 -- a cubist emotional expedition of two female teenagers -- and in 2015 the oddly flavoured romantic comedy Freelance, which made 100 million baht at the box office.

At 33, Nawapol isn't supposed to think about death that much either.

"But I have thought about it," he said. "I once believed death was something so remote. Then I found in my early 30s that I went to funerals as often as I went to weddings. Last year, my mother came and told me, for no apparent reason, where she kept the land deeds of the house. And I thought, 'Why did she have to tell me that?'."

So he started writing Die Tomorrow, and the film, which again sees Nawapol in a low-budget, non-studio working mode, will hit select cinemas on Nov 23. 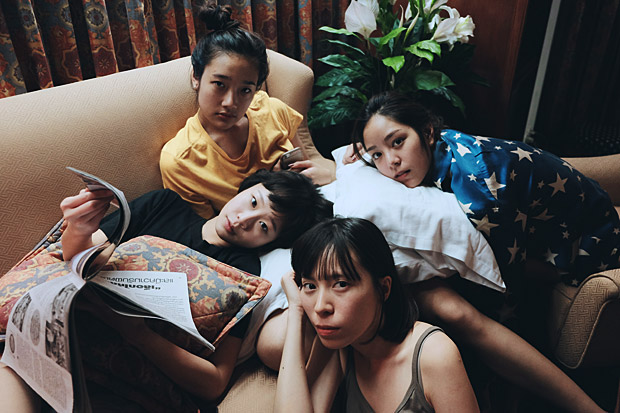 A scene from Die Tomorrow. Photos courtesy of Nawapol Thamrongrattanarit

'We should talk about death to children. Like we should talk to them about sex education. It's a basic part of life'

The film's trailer opens with a little boy of about six or seven responding to a question about death. "I'm not afraid of death because I won't feel anything," the boy says matter-of-factly. "I wouldn't feel my life was wasted if I have lived a good life."

takes the form of an essay film, as Nawapol describes it. A mixture of fiction and documentary, the film is comprised of 12 episodes, or fragments, about people who're about to die, whether they know it or not. In the fictional parts, Nawapol seems to highlight the sudden power of mortality by casting young female stars in their most cheerful and optimistic personae. 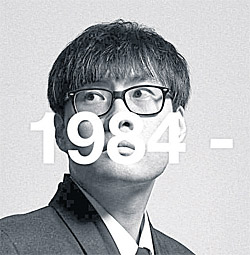 "We should be able to talk about death, even to kids. It's not necessarily a depressing subject -- it's part of a basic education."

As a filmmaker whose fans tend toward the younger demographic, Nawapol said he wasn't thinking in terms of target audience when he set out to make Die Tomorrow. He made it, he said, because it was the story he wanted to tell. And if his fans are ready to walk with him on the journey towards life's other end, the better.

Asked about a film about death that left a mark on him, Nawapol cites Elephant, a 2003 film by Gus Van Sant about two high-school shooters who commit mass murder. "Because death could come just like that to people. Random, sudden, unexpected, easy."

Just like some of the deaths in his new film.

'This film is like a funeral book I'm making for myself'

Since his breakout hit Marry Is Happy, Mary Is Happy, Nawapol has proved himself a filmmaker of the social-media generation (that film is in fact adapted from a woman's tweets). No other filmmakers are savvier on the use of Twitter and Facebook, and Nawapol basically marshals a legion of loyal fans through his posts, tweets and photos, where he comments on, observes and jokes about the pop-culture landscape. He has 730,000 followers on Twitter, and nearly 200,000 on Facebook.

For Die Tomorrow -- which may sound like a twist on a James Bond title -- Nawapol has hit social media again with a catchy campaign. The film's poster is a collage of photos of his young stars, stamped with their birth year and a hyphen, obituary-style. It also implies the film's message: we know our birth year, but we have no clue about when we'll die. His own Facebook photo follows the same format, "Nawapol Thamrongrattanarit (1984-)".

The pattern became a viral hit, and people have started putting their own portrait with their birth year to copy the film's key visual. It went further when prankish commentators used the same pattern with non-human images, such as the Democracy Monument (1932-).

In a way, Nawapol inadvertently broke the Asian taboo that discourages, almost forbids, any allusion to the death of a living person, an act which amounts to a curse.

"I wasn't thinking about defying the taboo or about how people would take it, though my mother doesn't like me talking about death so openly!" said Nawapol, adding that he was surprised that the obituary-style poster became a hit.

In a way, Nawapol says, making the film got him feeling like he was preparing his own funeral book -- a Thai tradition of publishing a book commemorating the dead. "It felt weird at the beginning. It felt like I've put a curse on myself. But this is the film I want to do, the story I want to tell."

'The hardest part is not saying goodbye'

Nawapol's career plan is to enjoy the freedom of independent filmmaking, like he did with 36, Mary Is Happy, Mary Is Happy, and now Die Tomorrow, and at the same time dip his toes into mainstream studio projects, which he did successfully in Freelance.

At this point, the plan seems to be working. Not many Thai filmmakers are a brand unto themselves, but Nawapol is certainly an exception: the first screening of Die Tomorrow was sold out two weeks before the release date, all the way to the first row.

His strong following also means his freedom to tell a story that, on paper, is a flat-out hard sell. Death isn't a subject that does well in contemporary Thai cinema.

"Making a small film is more relaxing. I'm not stressed and the project has no debt," he said, adding that Die Tomorrow was partly funded by a grant from the Ministry of Culture and from private sponsors he rounded up. "Making a small film also means I have total control of everything."

Many films tell the story of a person who knows they're dying and what they'll do in the remaining days. Die Tomorrow may not really follow that particular story arc, but the question of death lingers like a bittersweet expectation in the mind of Nawapol.

"If I know I'm dying, well, the hardest part isn't saying goodbye -- that you have to do, obviously," he said. "And you have to sort out the business part of life -- that's obvious too. The hardest part, I think, is to ask for forgiveness from those you've wronged, to clean the slate, to clear the mess. I imagine that that's the hardest thing to do."