The year in art

Outstanding Thai artists of 2017, all of them edgy and some downright disliked by the junta.

This year, Arin Rungjang was the sole Thai artist invited to Documenta 14, Europe's biggest and most important quinquennial contemporary art exhibition. As one of Thailand's leading contemporary artists, Arin is interested in cutting across cultural boundaries and engaging different people, cultures, history and geographical locations together through site-specific installations, sculptures and videos. His multilayered artwork from the German leg of Documenta, 246247596248914102516 ... And Then There Were None, tackles big subjects and raises a multitude of questions about how historical information is distributed, and how power rests in the hands of those who write history, as well as Thai history and the afterlife of fascism. Currently, 246247596248914102516 ... And Then There Were None is being shown at Sathorn's Gallery Ver until Jan 21. -- Apipar Norapoompipat 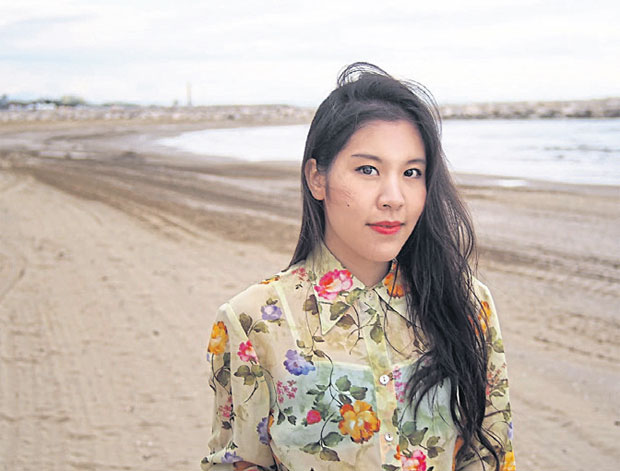 Kawita Vatanajyankur is often seen being hung in a precarious position from a string, holding utensils and intimating the subtle brutality of household chores. The artist, 29, has created some of the most striking performance video works of the year, in which she puts on demanding performances and uses her body to imitate the function of household appliances. Kawita is one of the two Thai artists curated by Alamak!, a private pavilion and sidebar to the Venice Biennale, while her exhibition "Splashed" at Nova Convempotary (which just ended) brings home the video works that have been travelling to galleries in many cities. -- Kong Rithdee 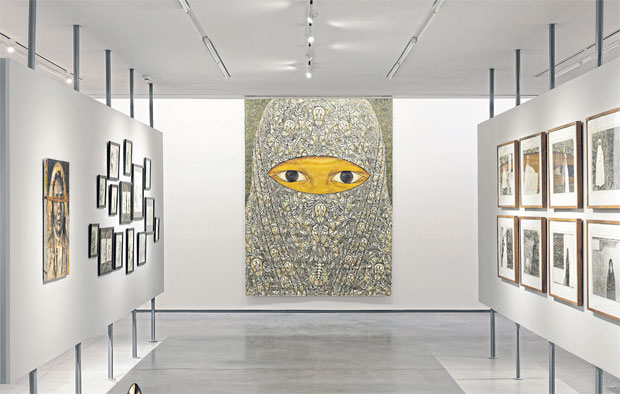 One of the largest assemblies of contemporary artists from the Deep South, the "Patani Semasa" (or Contemporary Patani) features 27 artists, Muslim and Buddhist, many females, most of them from the southernmost provinces with an addition of Bangkok-based talents whose works touch on the stories of conflict and violence in the region. Still ongoing at MAIIAM Museum of Contemporary Art in Chiang Mai, this is a major exhibition that raises the profile and relevance of young southern artists, and it will certainly embolden galleries and curators to pay more attention to art-making in the troubled region. Notably among them are the women artists who offer fresh perspectives: namely Ampannee Satoh, I-na Phuyuthanon, Jamilah Daud, Jamilah Haji, Kameelah I-lala, Keeta Isran, Korakot Sangnoy, Nuriya Waji, Salwanee Hajisamae and Sureena Chema. -- KR 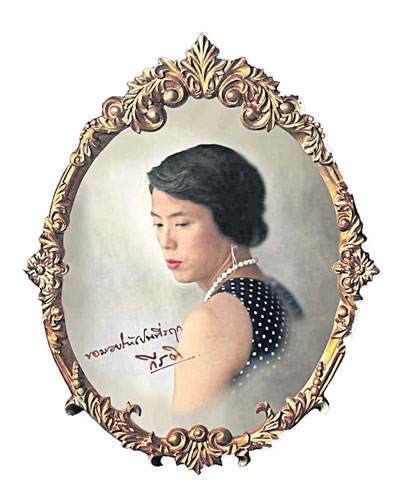 A mischief-maker, a boyish prankster who can't keep his jokes to himself, Chulayarnnon Siriphol, 31, provides much-needed humour to the Thai arts scene. His solo exhibition, "Museum Of Kirati", which is ongoing at Bangkok CityCity Gallery, showcases his conceptual wisecracking and performative audacity in the reinterpretation of the classic Thai novel Khang Lang Phap (Behind The Painting), and in the process smuggling in commentary on the issue of hierarchy and Thailand's obsession with the glorious past that never was. Also a filmmaker, Chulayarnnon's non-narrative short films display the same kind of deadpan wit and irreverence in his critique -- with tongue firmly pressed against his cheeks -- of Thai politics and everyday hypocrisy. -- KR 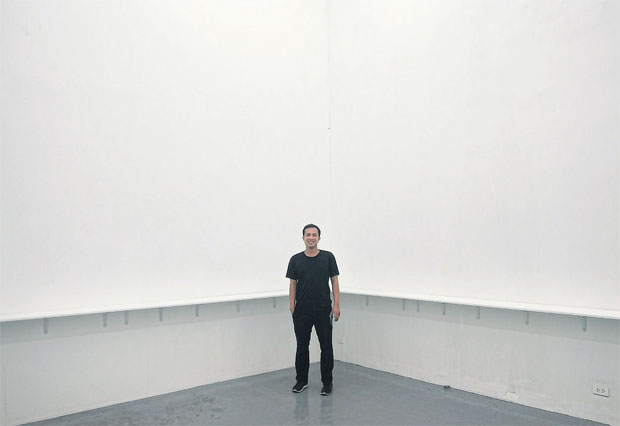 No longer an emerging talent, photographer Tada Hengsapkul, 29, is on his way to becoming a noted figure in the Thai contemporary art scene (last year he was picked by Forbes Asia as one the "30 under 30" artists). With two exhibitions in 2017, in Bangkok and in Chiang Mai, Tada captivated audiences with his nude photographs and politically-engaged installation pieces. Questioning viewers and participants on their relationship with their surroundings, the works function as experiments -- both chemical and social -- as the artist toys with his photographs using various techniques to create dreamscapes with a special spark. The exhibition "The Shards Would Shatter At Touch" was an elaborate display of colour-changing textiles: Pick the cloth up and press it against your chest -- your heart -- and the warmth started a chemical reaction and a portrait would appear, showing images of human rights activists, journalists, lawyers, academics and ordinary people who were in trouble for voicing their opinions. A few days after the show had opened, soldiers asked him to remove the work. -- Ariane Kupferman-Sutthavong 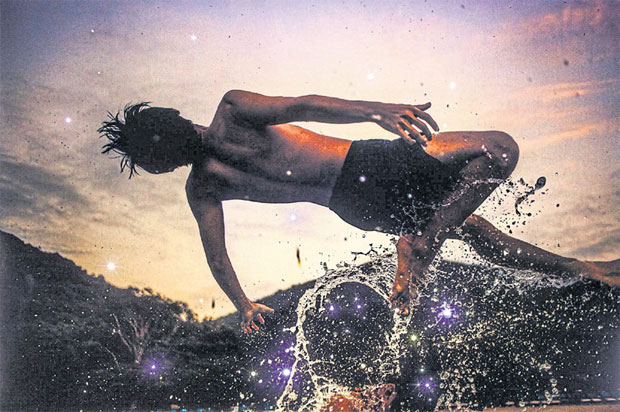 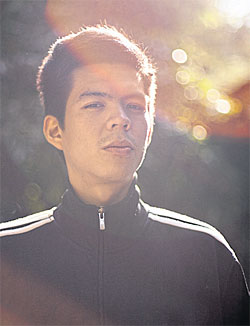 At 22, Harit Srikhao has been part of a new generation of Thai contemporary artists reflecting on the Thai political landscape. An avid photographer since grade school, Harit's simple documentary of his surroundings eventually turned into multilayered and critical works of photographic art. The young award-winning photographer usually starts out taking photos documentary-style then turning them into fantasy-fiction narrative essays through various collage techniques. His latest solo exhibition "Whitewash", whose photo collages asked questions about the government and their use of propaganda, made headlines after it was censored by the military government. Most recently, Harit has been selected as a Foam Talent to exhibit at the Foam Fotografiemuseum Amsterdam. -- AN