A trio of biennials

'Thailand's first biennial(e)" is a phrase you'll most certainly hear next year, as the country will hold not one but three different art biennials in 2018, with the organisers of each claiming theirs as the earliest project.

As Bangkok sees new galleries and a well-attended opening almost every week, the city's art scene is likely to become livelier -- or competitive, perhaps -- with a slate of major art events scheduled throughout the year (see sidebar)

While the number of biennials is soaring worldwide and critics are becoming wary of this model -- some even saying that the concept has become exhausted and emptied of its original role -- Thailand is eager to jump on the bandwagon nonetheless, with the trio of events planned.

The very fact that we are holding three biennials rather than one, as is usually the case, could be seen as a sign of enthusiasm that benefits the people. But it can also be symptomatic of existing divisions in the country and, by extension, reflects a fragmented art scene.

The three separate events could also provide an opportunity for visitors to bear witness to the multifaceted local scene, says Loredana Paracciani, an independent curator specialising in Southeast Asian art.

"It will be the first time that these alternatives will be shown facing each other," she says, adding that it could be an interesting provocation which might shake up the status quo.

The Bangkok Art Biennale and the Bangkok Biennial will indeed be held in the capital city nearly at the same time next year, which has some critics wondering at the looming threat of censorship or self-censorship as Thailand is still under military rule.

"We are not operating in a place of democracy and freedom at the moment," argues Bangkok-based writer and curator Brian Curtin, according to whom, certain types of work might be difficult to show in this context.

Similar doubts were also raised when Apinan Poshyananda, artistic director of the Bangkok Art Biennale, announced his intention to use places of worship and commercial spaces to showcase artworks without clashing with the sensitivities of audiences.

Temples aren't only places of worship. They are also learning spaces and, on their own, offer social commentary on their times, Apinan responds.

"Artists will be perfectly able to reflect on religion, consumerism and any other themes they wish to explore without being stifled," he says.

The Bangkok Art Biennale is clearly the heavyweight in the race between the three art events, having the largest budget and support from international artists and gallerists.

It is also closely tied to the tourism industry and takes place along the Chao Phraya river just as the area is being regenerated and transformed into a creative district, Curtin adds.

The Bangkok Biennial, on the other hand, distinguishes itself by being a grassroots movement critical of the "Biennial" model.

While the project challenges the "exclusivity" and top-down practices associated with the Biennial model, according to Curtin, this critique isn't particularly recent.

"Several curators have already tackled this issue," he says, while other questions remain to be addressed, such as the tourism or market-driven aspects of biennials.

Pierre Béchon, a Bangkok-based artist and curator, who will take part in the Bangkok Biennial, sees the project as an "off" initiative to the Bangkok Art Biennale.

As eyes will be turned on Bangkok, thanks to the big-names artists curated by Apinan, local artists could also benefit from the spotlight.

While some Thai artists have achieved international acclaim, such as Rirkrit Tiravanija, Korakrit Arunanondchai or artists represented by Tonson Gallery, most speak to a Thai-only audience, Béchon notes.

"I'm not saying that one biennial will place Thailand on the art world map in a blink, but it could push younger Thai artists to be more ambitious and explore new territories," he adds.

Meanwhile, the Thailand Biennale set to take place in Krabi seeks to distinguish itself by curating outdoors, site-specific exhibitions -- both a challenge and opportunity, according to assistant curator Vipash Purichanont.

On a final note, in a world full of biennials, could the fact that Thailand hosts three of them give the country an edge? 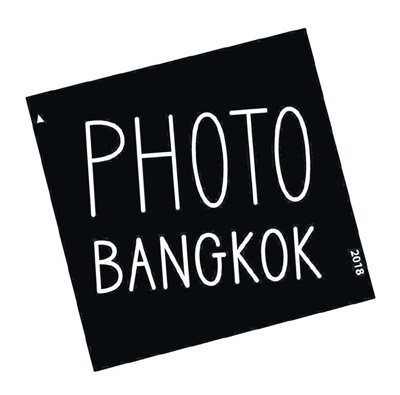 Thailand's biggest photography festival will be back for its second edition next year to the excitement of the Kingdom's photo lovers. Running for three months with a tentative date from July 12 to Sept 30, the non-profit triennial festival will have six main components including exhibitions with partnered galleries like House of Lucie and Bangkok CityCity Gallery, educational programmes in partnership with The Museum of Photography, Seoul, workshops by Magnum Photo, portfolio reviews, special events and screenings. Two main exhibitions in the Bangkok Art and Culture Centre will focus on Asean and new-wave photographers — giving interest to new and emerging artists.

"We want to trigger people's interest in photography and let them see the potential of the artists," says Manit Sriwanichpoom, advisor to the festival. "At the same time, we want to trigger people to be interested in collecting photographic works. We're using this opportunity to create new curators as well which is also an agenda for us. We want to build people who know more about photography. It's about moving the whole system. Therefore there has to be different elements that come up together at the same time like the curators and the artists. There's no focus on one or the other." photobangkokfestival.com 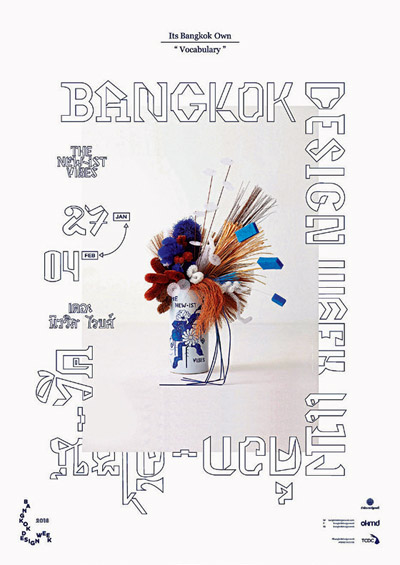 After three successful runs organising Chiang Mai Design Week, TCDC will be organising the very first Bangkok Design Week from Jan 27 to Feb 4. Under the theme of "The New-Ist Vibes", the festival seeks to bring in creatives from all over the Bangkok area to promote and develop the city's future by digging deep into topics of City and Living, Well-being and Gastronomy and Creative Business. The festival will take place across rising creative districts like Charoen Krung, Klong San, 22 Karakadakhom, Circle Rama 1 and Sukhumvit Road.

"This festival will become a platform to bring together people in the creative industry to offer new things back to society — to see that there are things that we can fix and improve to create a better well-being for the population," says Pichit Virankabutra, creative space development director of TCDC. "The theme is 'New-ist Vibes', so we're looking at things that can give a new energy to Bangkok. Design creativity can improve life in the city." bangkokdesignweek.com; facebook.com/BangkokDesignWeek

The Bangkok Art Biennale, a joint initiative between renowned curator Apinan Poshyananda, ThaiBev and the Tourism Ministry, is set to be a lavish affair. Artistic director Apinan and his team will bring to Bangkok a set of international artists, including big names such as Marina Abramovic, Huang Yong Ping and the duo Elmgreen & Dragset. Thai artists such as Kawita Vatanajyankur have also announced their participation in the Biennale's first edition.

From October next year to February 2019, site-specific art installations will take over the city, from the centrally-located Bangkok Arts and Culture Centre and nearby shopping malls to the banks of the Chao Phraya River.

Apinan's use of centuries-old sites such as temples isn't only a nod to other Biennials' curatorial practices but also a way of injecting traditional architecture and places of worship with a contemporary layer. However, the Bangkok Art Biennale's curators have no wish to see these sites desecrated. Artworks, under the theme "Beyond Bliss", will in no way clash with their setting but on the contrary, explore the multiple facets of those historical sites.

With a 150 million baht budget set aside for the Bangkok Art Biennale's first three editions, to take place over the next six years, this is the first artistic project of such scale to take place in Thailand. For the local art crowd, that translates into high hopes of placing Bangkok on the art world map, with the use of Apinan's wide array of connections with international artists and art institutions.

With its guerrilla-like modus operandi, the Bangkok Biennial (or BB, not to be confused with the Bangkok Biennale, above) takes pride in being a self-funded and self-curated set of pavilions which critique the concept of "Biennial" itself.

Unlike what its name suggests, the Bangkok Biennial won't take place in the capital alone. Art spaces in Chiang Mai, Narathiwat, Pattani, Khon Kaen and Ratchaburi have announced their participation in the project.

An initiative led by a group of anonymous actors of the local art scene, the event — set to take place between July and September, overlapping for a short while with the Bangkok Art Biennale — seeks to challenge the authority of art institutions and the commonly "restricted" access to art and curatorial practices.

While the Bangkok Biennial will have trouble competing with its rival in terms of budget, it will rely heavily on the energy and activism of local artists and independent art spaces in Thailand. Bangkok galleries such as Cartel Artspace and Speedy Grandma will take part in the project, as will several leading artists, including Chiang Mai-based abstract painter and sculptor Mit Jai Inn.

The Thailand Biennale was the last among the trio of 2018 art events to join the pack. Supported by the government's Office of Contemporary Art and Culture, the Thailand Biennale will take place in Krabi for its first edition. Organisers have announced their will to select other Thai cities and provinces to showcase contemporary art over the next few years.

Inspired by Lewis Carroll's 1865 Alice In Wonderland, Chinese curator Jiang Jiehong has laid out plans for an "Edge Of Wonderland"-themed exhibition.

Not only will Thailand Biennale present site-specific artworks and installations, but the majority of the event will take place outdoors, set against the spectacular landscapes of the Andaman coast.

The curatorial team has been unable to announce future participants in the Thailand Biennale at the moment, as they are still in the process of reviewing artistic proposals — the site-specific elements of which necessitate a longer term to determine the possibilities for each work.

However, we are promised artworks that deal with themes such as reality and fiction and the environment as well as community-based art, that will engage art lovers and tourists as well as local residents.