Devil on the doorstep

You go into a Lav Diaz's movie as if you were going into a church, or a trench war, or an ultra-marathon: you prepare for the epic length, the brutal transcendentalism and the implacable burden of history that hit you like a blow.

Season Of The Devil, Diaz's latest film which screened in competition at the Berlin Film Festival this week, clocks in at 234 minutes -- which is short by the Filipino master's standards, whereby a film can run for nine hours or more. Recounting the bloodied era of the Philippines under Ferdinand Marcos' rule, the film is the sole Southeast Asian title in the Berlinale competition this year. As happened two years ago when Diaz's eight-hour A Lullaby To The Sorrowful Mystery showed here to a warm reception, the new film so stands out in its style and audacity that it could easily win one of the prizes on Saturday. 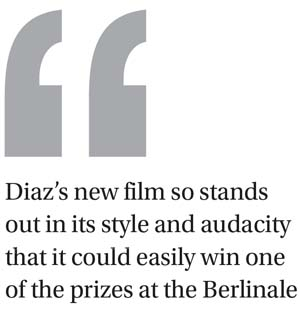 Diaz is a filmmaker, writer and musician, and in Season Of The Devil he has found a way to combine all of those. It's probably one of his darkest films, and one that subverts the happiest genre in cinema history: musical. The film is told in elegant black-and-white images and in verse, since every character sings instead of speaks, in duet and aria, all in vernacular, rhymed verses, a beautiful singsong that smells of earth, blood and sorrow. Diaz composed all 33 songs himself and through them he has turned the tragic tale of a murder spree by a right-wing militia into a poor man's a cappella opera, a disturbing La La Land set in a forgotten war. 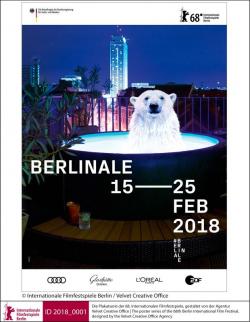 Through the four hours the story follows a descent into darkness of the young poet Hugo Haniway (Piolo Pascual) and his wife Lorena (Shaina Magdayao), an idealistic doctor who volunteers to serve in a rural village run by a militia group. It's the year 1979, and Present Ferdinand Marcos has declared martial law and promoted the set-up of armed civilian units to weed out "the communities" and "the rebels" -- a convenient excuse for dictators to hack to death whoever they don't find agreeable.

A voice informs us at the beginning that this is a story of the filmmaker's friends from that period, and a dedication is made to "all victims of the martial law". But the period set-up -- the late 70s fashion and youthful idealism -- is just a thin disguise for Diaz's real intention to remind us of what's happening in the Philippines today under President Rodrigo Duterte. The militia in the film goes around terrorising people, and after they've made a kill they cry out that the victim is a rebel and a drug pusher. The resonance with contemporary Filipino politics is loud and clear.

It's also clear what "the devil" in the title refers to. In fact, like an ancient play, Season Of The Devil demarcates the good and evil from the very beginning, and Diaz's usually complex moral ambiguity is absent here. And that's deliberate: Season Of The Devil is a tragedy, a national tragedy told through a simple, even childish story set in a rain-soaked godforsaken land. The film's power comes from the visuals and the miserable longing in the songs that lament the fate of the country. Diaz's lyrics are at once simple, childlike, and also shimmer with pathos; meanwhile, when the soldiers sing, and they do that a lot, it's a disturbing declaration of authoritarianism -- "What we do is righteous!" -- made even creepier by the repeated use of the "La La" chorus.

Diaz has been making films for over 20 years. But it's only in the past five years or so that the major European film festivals have warmed to his artistic vision -- the sheer length, the deep commitment to tell human stories in the face of insurmountable hardships -- and now he's regarded as a modern master. Many of Diaz's films, surprisingly, have been shown in Bangkok, usually at special screenings, and once at the Lido. Hopefully Season Of The Devil will find its way here soon.

The Berlinale will announce its awards on Saturday night.