The heaviness of history, worn lightly

Suddenly, Thai traditional costumes have made a quiet comeback -- for at least a month or so.

Last weekend, a group of people went swinging in Nakhon Pathom, dressed in full vintage attire, to tunes of the 1930s and 40s at an event organised by the Bangkok Swing group. But the spectacle of women in early-20th century dress and men in jong kra ben has been common in Bangkok's Dusit area, where a vintage festivity is going on until Mar 11.

Since early February, the royally-initiated Winter Dusit Festival (the Oon Ai Rak Klay Kwam Nao -- which translates roughly to Love And Warmth At Winter's End) has attracted throngs of Thais eager to dress up in traditional Thai outfits. Lines of people in puffed-sleeve shirts, lace and jong kraben-style pants are now a familiar sight for anyone passing near the Royal Plaza -- an image that evokes the glory of the olden days, or perhaps a quaint apparition for others who drive by at night.

In recent years, traditional Thai dresses have mostly been reserved for official functions or social events, from merit-making ceremonies to wedding receptions or pre-wedding photo-shoots. Middle-aged ladies sometimes wear them to Thai weddings, but the younger generation shy away from such nostalgic fashion, which can be seen as a wardrobe anachronism.

However, judging by the Winter Dusit Festival's popularity in Bangkok, the young and the old have turned out in droves in King Rama V-era attire. Could these outfits be making a comeback permanently?

"I was a little bit shy when first wearing the outfit," says Araya Chupaka, who recently took part in the festivities.

Although Araya initially went there to see her son perform in a musical piece at the festival, she decided to go all out and embrace the event's retro theme by purchasing an outfit at Chatuchak Market.

While she was inside the festival compound, wearing traditional clothing didn't feel awkward at all, she adds. "But as soon as we got out, my friends and I decided to head home to change rather than go out for dinner dressed up in Thai clothing."

Still, Araya was impressed by the wide array of choice for Thai dresses one easily comes by in Bangkok, and their easy availability. Outfits of different eras, for both men and women, can be purchased or rented with no difficulty at all and at relatively modest prices.

But what exactly does one need to wear to join in the festivities? Life has asked expert Surat Jongda, assistant president of the Bunditpatanasilpa Institute and a lover of Thai textiles, for some convenient hacks.

"Traditional Thai outfits are as diverse as they come," Surat says. They vary depending on the era and region we are speaking of, although many outfits today come in ready-to-wear versions -- sewn pieces of garments that mimic the customary ways of wrapping clothes into jeeb na nang skirts or jong kraben pants.

For most Thais, the wrapping technique is now long-lost and deemed impractical for those not used to it.

"After all, most people haven't been taught how to properly wear a jong kraben in over 80 years," Surat says. "Many are also concerned with issues such as going to the bathroom," he adds, laughing.

Since the reign of King Rama IV, the main components of a traditional Thai dress for both men and women have largely consisted in pha nung and pha hom garments -- one cloth to cover the lower body and another for the upper-body.

For women, this entails either a long jeeb-style skirt in Thailand's central region or a shorter pha sinh or sarong in the North, South and Isan regions of the country.

These have been popular since the Ayutthaya period, although following King Rama IV's ascension to the throne, women were encouraged to wear their lower-body garments in a jong kraben style for more practicality, as they began to take up a larger role in social life.

"At that time, ladies of the court would escort the king and dignitaries on official functions or ride horses," adds Surat. Therefore, the jong kraben quickly became a favoured style in most of Thailand.

The jeeb, pha sinh or jong kraben could be worn with sabai -- a long, shawl-like piece of cloth draped diagonally, covering the breasts and hanging loose behind the shoulders.

Later, during the reign of King Rama IV's son, King Chulalongkorn, Western influence began to be felt in Thai clothing, and women turned to wearing Victorian-style shirts. High collars, lace and puffy sleeves were popular, according to Surat.

"Many women mixed the Western garment pieces with Thai clothing items," he says, alluding to the common sights of Victorian shirts worn with jong kraben and adorned with a sabai.

Men's clothing evolved as well. The cotton or silk shirts, introduced during the reign of King Rama IV, were later replaced by the Rajpattern-style jacket that is still the norm among Thai officials.

A mandarin-collared, five-button jacket, the Rajpattern was inspired by colonial British dignitaries' style and brought to Thailand through India.

Furthermore, both men and women at the time wore their jong kraben with knee-high black or white socks and leather shoes to appear more Westernised.

"You can wear any of these styles and you will be sure to fit the Dusit Winter Festival's theme," Surat says, adding that the Dusit Palace was built under the reign of Chulalongkorn and mixes Thai and Western influences.

If one doesn't have the means to rent or buy a full traditional Thai costume, a contemporary shirt with sarong or jong kraben-style pants will allow visitors to blend in, he says.

Surat points out that the modern-day Thai outfits found in wedding dress stores and photography studios are inspired by Her Majesty Queen Sirikit's initiative to bring traditional clothing up to date.

These ready-to-wear skirts or pants imitate the style of the traditional garments but are much more practical to wear. However, when purchasing or renting them, Surat suggested that one look out for traditional local artisans, weavers and dressmakers.

Most of these garments today are reproductions, produced on an industrial-scale, he warns. "There's no way the ready-made jong kraben will fit as nicely as a customary wrapped cloth, but local artisans will also struggle to make a living."

If given the opportunity, one should seek out handmade traditional clothing or garments produced by individuals rather than an industry.

"You don't recognise traditional Thai clothing by the supposedly Thai pattern, which can be reproduced using computer tools today" Surat says. "You recognise it by the way it's woven and sewn." 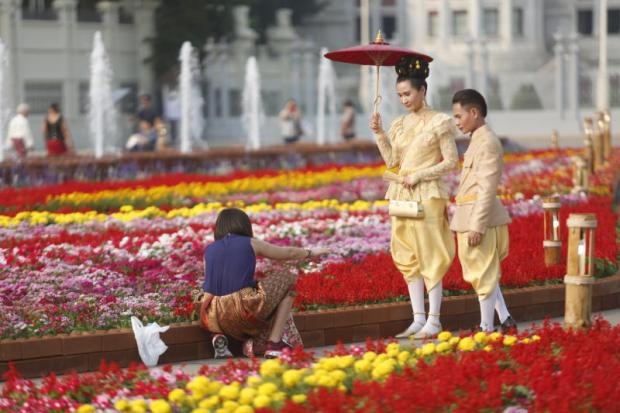 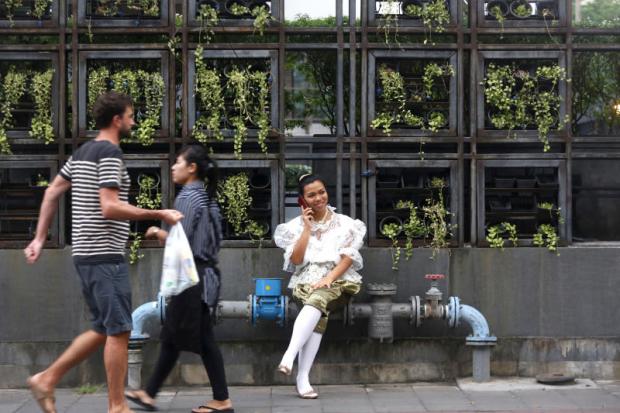 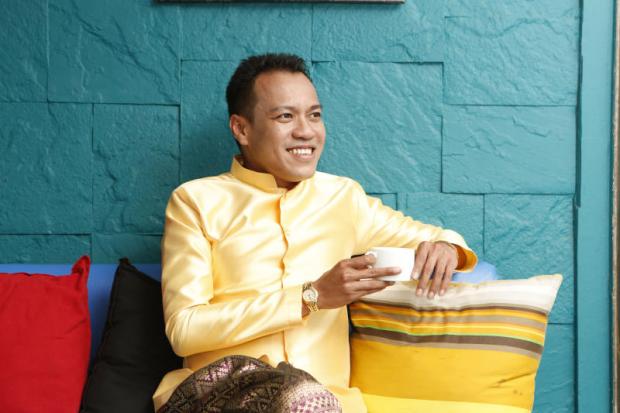