Who pays for art?

Should art galleries be funded by the state or private sponsors? With the current budgetary glitches at Bangkok Art and Culture Centre, we take a look at the issue

Should museums be funded by the state or by private sponsors? The question looms large with the current problems at Bangkok Art and Culture Centre (BACC), the largest publicly-funded art gallery in the country -- and with the rise of many private galleries that seem to flourish with the burgeoning art scene. 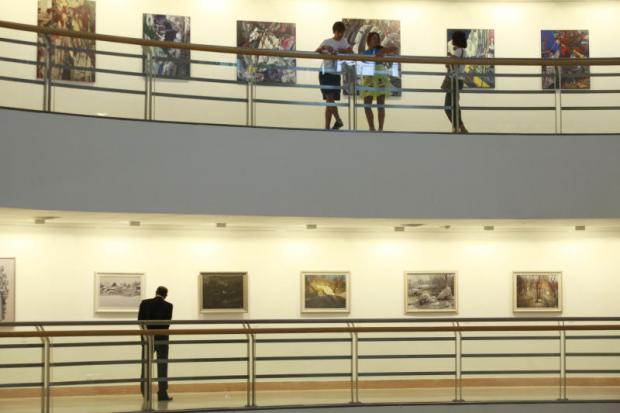 The difficulties at BACC began two months ago, when the Bangkok Metropolitan Administration (BMA), led by the coup-appointed governor Aswin Kwanmuang, floated the idea of taking over the management of BACC from the BACC Foundation, made up of artists, academics and businessmen. When artists and the public expressed displeasure and resisted -- citing BMA's inexperience in handling contemporary cultural bodies -- the bureaucrats backed out, saying it would leave things as they were.

But as soon as the noise subsided, the BMA made a curious move. Through the Bangkok Metropolitan Council (BMC), the BMA last month set up an 11-person committee to investigate how the BACC Foundation uses its budget; the BACC is funded partly by BMA, and partly by private sponsorship and by renting out space and venues. The "investigation" of the public funding cited "a lack of clarity in BACC's management", and BMC members raised the possibility of cutting all funding to the gallery altogether.

The investigation will take 90 days, which will overlap with the BACC's budget talks with the BMA. This means that the BACC, a premiere public contemporary arts centre, which hosts at least a hundred arts, music, theatre, design, cultural and educational events, may not receive half of its yearly 81 million baht for 2019.

The fate of state-funded art institutions in Thailand varies. The National Museum, for instance, has received a major facelift, though its lustre had declined many years before. The National Gallery, which houses many fine shows though is generally known as old-fashioned, is hardly a premier venue for artists. The Ratchadamnoen Contemporary Art Museum is at best ignored, and at worst irrelevant. These institutions operate under the Ministry of Culture.

On the contrary, Thailand has seen several private galleries and museums that are well-run and achieve international profiles. The Museum of Contemporary Art (Moca) on Vibhavadi Rangsit Road has a good collection of modern painters; it was built by former telecom tycoon Boonchai Benjarongkakul to showcase his private collection. In Chiang Mai, MAIIAM Contemporary Art Museum has emerged as a prime art venue, with a succession of edgy, politically relevant exhibitions.

"Thailand can have a vibrant art scene, but it is absolutely necessary to have support from both the public and private sectors," said Eric Booth, one of Thailand's leading contemporary art collectors and founder of MAIIAM.

The BACC has become a central institution of contemporary art activities in recent years. As of now, it has been running on a public-private partnership (PPP) system for the past nine years. The government provides a little less than 50% of the budget each year (40 million baht) with the rest of the budget coming from rental costs and parking fees. With that money, the BACC Foundation takes care of the building and organises art shows and educational events.

This simple but effective system was put in place a year after the BACC first launched in 2008 following the BMA's inability to manage the money and exhibitions by themselves. The BACC will celebrate its 10th anniversary this month.

"There's a lot of proof that to manage an art or cultural centre like this, PPP is the best way," said BACC Director Pawit Mahasarinand. "For example, the Singapore Art Museum. About 63% of their budget is from the government. They're using the same model as us -- but it's not a foundation, it's a company. They receive 63% of public grants, they manage this grant, and they find extra funding from other sources. This is a very similar number [to our own]. I think the public sees that this is probably the best model to run this kind of thing."

With the BMA's poor record in running the centre, lack of knowledge in contemporary art, and in addition to other details like government working hours, providing decent service and information, and policy changes that occur every time a new governor is put in place, many have expressed doubt it could run the BACC by itself.

Governor Aswin said in May that even though he wasn't an expert, the cultural office of BMA can manage the BACC and "fix the system to make it better". Later he said that if the public didn't want the BMA to come into the BACC, he would comply.

The Metropolitan Museum of Art in New York, as another example, receives a third of its budget from private charitable contributions, a quarter from membership fees and admissions, and just 10% from the city of New York.

"What would the BACC be like if it's completely run by the government? -- this type of question wouldn't be asked in any other country, because they understand why art and culture matter and why it's related to everyday life," said Pawit. "Especially if it's a country like France. People would be on the streets already asking the mayor to resign if he doesn't understand what culture means or why it matters."

Running the centre as a completely private entity would go against what the BACC was established to do in the first place, as well. The centre, which partially uses taxpayer money, is meant to be a free centre for learning and education.

"Governments around the world promote and support art and culture," said Manit Sriwanichpoom, one of the executive board members of the BACC Foundation. "The state has a duty to promote art and culture. The private sector can create it to a certain degree, but once it's privately run, it's not accessible to the wider public. Everything is free in the BACC, and you can come whenever you want."

"[Because of] the fact that it's public, people feel like they own it," he continued. "But if it's private, they feel like they're just visitors. Once it's the public's, everyone feels like their tax money comes back to them in the form of benefits. It's like hospitals, and it's like the money you pay to preserve temples."

Eric Booth also adds that the BACC has played an extremely important role as a public art centre in Thailand. Through the support of the government, it has the power to attract some of the best talent from administrators, curators and other specialists, while artists are proud to have their works presented at one of the leading public institutions in the country. It is crucial for the government to support the centre as well, as private collections will always be skewed by corporate influence, or by the collector's own likes and dislikes.

"But now, I think the public themselves are questioning why," said Pawit. "The BACC has been running very well -- of course there's room for improvement, but why does the city want to end the contract? Why does the city want to investigate the operation of the BACC given the fact that the BACC Foundation has sent them a report every month? Why, if the budget is only 0.05% of the overall city budget, do they care so much?"

Now running on their savings and donations alone, the BACC is still set to host all of its planned exhibitions and events this year -- of course with some cancelled film screenings, performance-art pieces, and educational activities due to the lack of funds.

"The member of the board of directors is asking for a meeting with the governor, but he hasn't replied," said Pawit. "In the meantime, we're waiting." 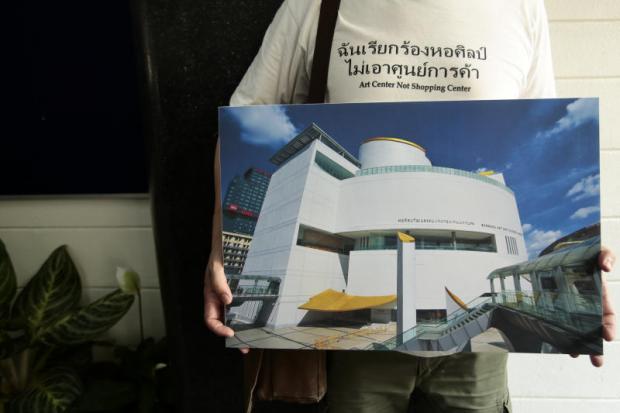