The Buddhist epic parallels Wagner's Ring in breadth and scope

Somtow Sucharitkul's DasJati -- Ten Lives Of The Buddha was one of the most daring ideas in the history of music, to take the iconic stories of the Buddha's last 10 lives from the Pali canon and adapt them as an integrated work consisting of 10 music dramas. Two years ago, Chariot Of Heaven, the fifth work in the series to be produced, received rapturous reviews in local and international media, but the Ten Lives disappeared from view after that. It seemed possible that the maverick artistic director of Opera Siam might have bitten off more than he could chew.

This month, however, Opera Siam premiered two more instalments, bringing the total up to seven, and announced that the biggest one of all, Prince Vessantara, would premiere in 2020, Opera Siam's 20th year.

The two new productions, presented in a double bill, were highly contrasting in tone and mood. Chandakumar -- The Sacrifice is one of the shortest of the 10 tales in the Pali text and set by Somtow as a 30-minute mini-ballet inside a framing mini-opera -- an original touch. The orchestration is exotic: the constant rhythmic switching and emphasis on tuned percussion, harp, piano and celesta creates a gamelan-like ambience.

The choreography was not on the whole that original although it succeeded in telling the story effectively, except for one scene, a dream sequence, in which three angels in glttering gold glided around the stage on motor-skates. At the climax, an idol shattered and the god Indra descended from heaven in a dramatic coup de theatre. 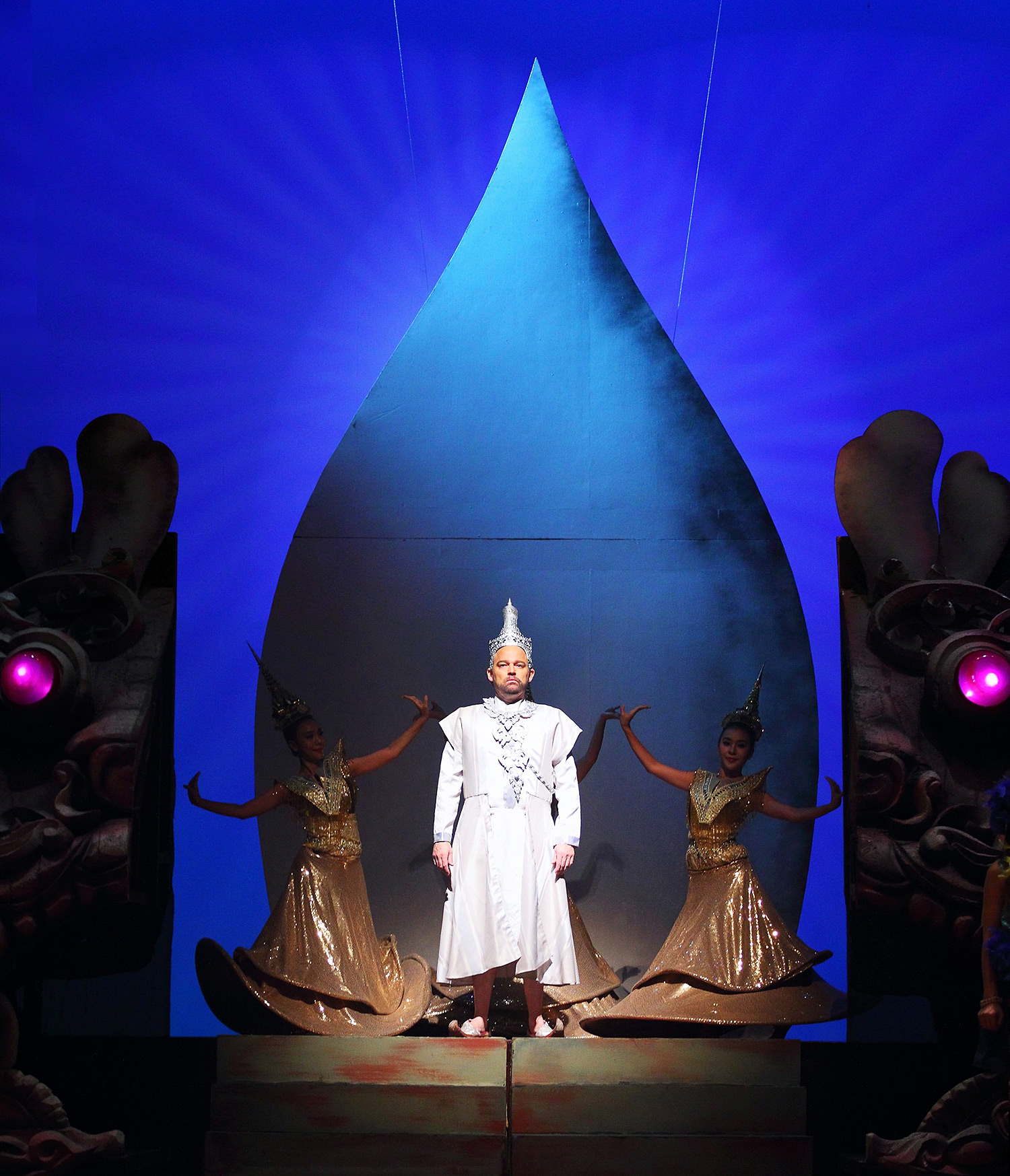 Chandakumar was a low-key work, with some lovely vocal writing and virtuosic playing from the 20-piece chamber ensemble. By contrast, Architect Of Dreams, perhaps the only one of the seven produced so far that could be considered opera buffa or at least seriously comedic in tone, was a riot of instrumental colour, rich characters, sitcom like antics, with magic displays, singing birds and paintings, and a love-conquers-all climax of compassion and redemption.

Notable of the seven in having no scenes set in heaven or hell, Architect nevertheless filled the human world with fragrances of the fantastic. More fast-paced and more difficult to play for the orchestra than the other six works so far, it is a riveting work, proving Somtow has a gift for comedy as well as for music of romance and passionate emotions.

In the ensemble cast, special mention must be made of Sassaya Chavalit, a Thai soprano currently working in Europe, in her first major role on her home turf as the winsome Princess Panjalajandi. Her rendition of the aria Lonely Am I has quickly become a social media sensation and is likely to make the opera's reputation.

The other cast members were uniformly of high standard. Damian Whiteley, singing the god Indra in Chandakumar and the dastardly brahmin Kevatta in Architect Of Dreams, provided the largest variety of colour and character and once again showed why he is one of the most popular opera singers to visit Bangkok regularly. Notable also were the four sages, negotiating some tricky barbershop style passagework, and Barbara Zion in the short but memorable role of the Bodhisattva's mother.

The 21-year-old Thai soprano made a notable Opera Siam debut as a coloratura mynah bird, and in the role of the parrot, American soprano Elizabeth Moran demonstrated vocal acrobatics and élan.

Jak Cholvijarn, as the Bodhisattva, had a tough role and could not always be heard. Swedish veteran baritone Dag Schantz can still carry off a meaty role in terms of acting and stage presence but was also at times overpowered by a very enthusiastic percussion section. 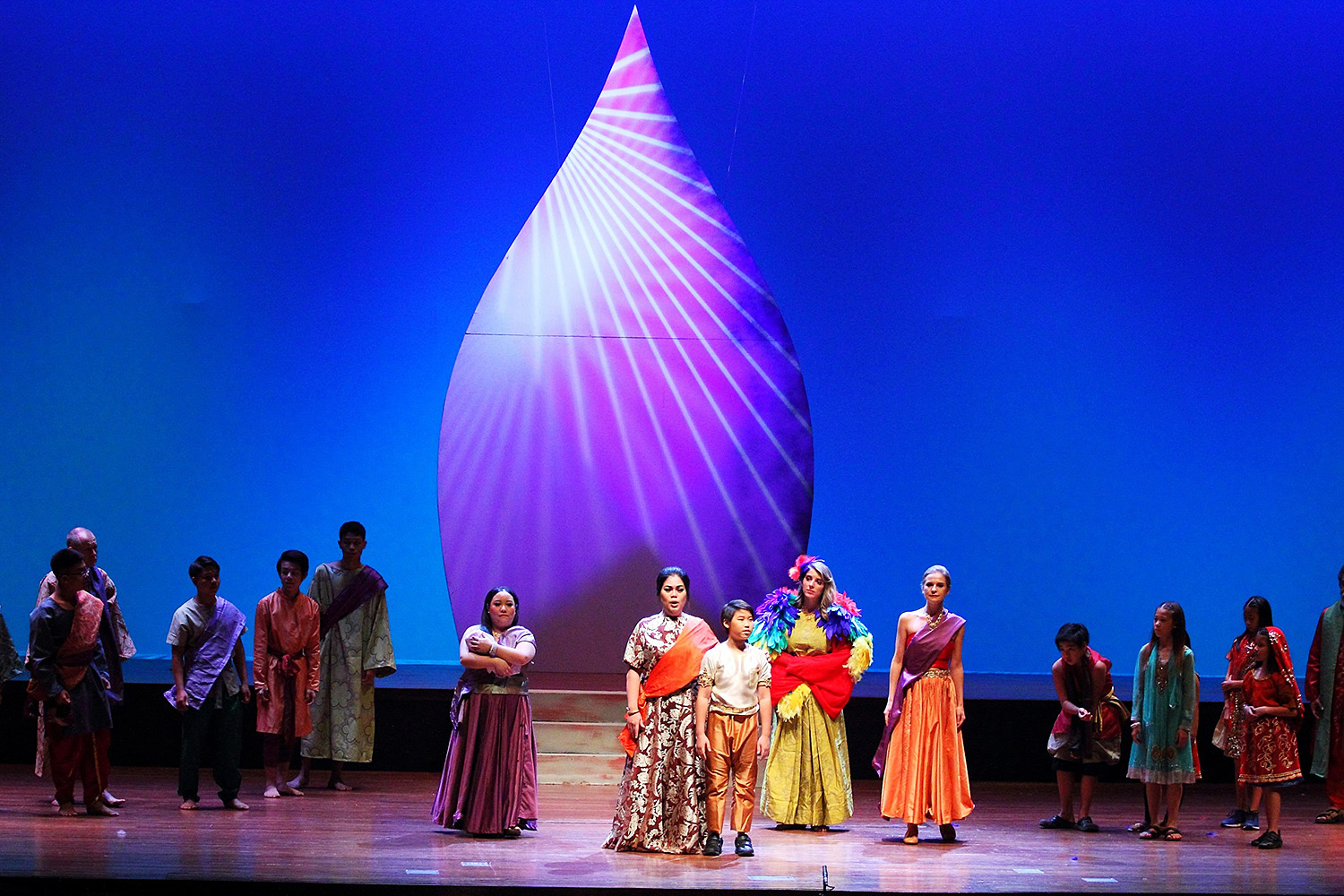 Undoubtedly, the orchestra were the evening's biggest stars, playing a complex, exotic and at times profoundly moving score with conviction and virtuosity. In particular, the woodwinds were world class; some of the clarinet playing was as memorable as the best of the singing onstage.

Will Somtow's DasJati be an epic to place on the same shelf as Wagner's Ring? They are both vast works (Somtow has three more operas to go) and they are vastly different. The Ring moves with a ponderous inexorability towards the destruction of the universe and its redemption by love. We have not seen how DasJati ends yet, but the journey towards the climax happens at a pace more suited to audiences weaned on film and television, and packs more incident and more characters into its time span, with a greater variety of tone and colouration.

Indeed the two works are like two dragons: Wagner, the dragon of the West, thundering through the forest breathing smoke and devouring maidens, while Somtow's dragon is clearly an Asian variety, colourful, festive, ultimately benevolent. It is exciting to see something so new and so global in concept arising from Thailand's native soil.

Stan Gayuski is a member of the International Mahler Society and writes about classical music for international publications.