Not resting on his laurels
Life
Arts & Entertainment

Not resting on his laurels

Inequality and injustice fuel the work of Worapoj Panpong, this year's winner of the Silpathorn Award winner in literature Story: Tatat Bunnag

'It's just a teasing nickname my fellow writers and journalists gave me. I'm only working the usual way as my career is supposed to be. I'm not really that great as they say," said the columnist and writer Worapoj Panpong about the moniker popularly bestowed on him, "The country's No.1 interviewer".

Despite his humble demeanour, his reputation is more than well justified. Worapoj is often considered by many to be one of the most important essayists of his time. With 25 years in business, Worapoj had interviewed over 1,000 subjects, and written nearly 30 books, which contributed significantly to discourse on creative nonfiction. Many of his books work like a diary that reflect on the social, and grim, reality of the country, and have been cherished and loved by readers everywhere.

Worapoj is this year's Silpathorn Award winner in literature, given by the Ministry of Culture of Thailand whose award presentation ceremony will be held later this year. His work along with other winners in seven different categories -- artist Natee Utarit, architect Boonserm Premthada, music veteran Anan Nakkong, scriptwriter Damkerng Thitapiyasak, cinematographer Sayombhu Mukdeeprom and architect Singh Intrachooto -- are being presented at a mini-exhibition at the Ratchadamnoen Contemporary Art Center between July and August. 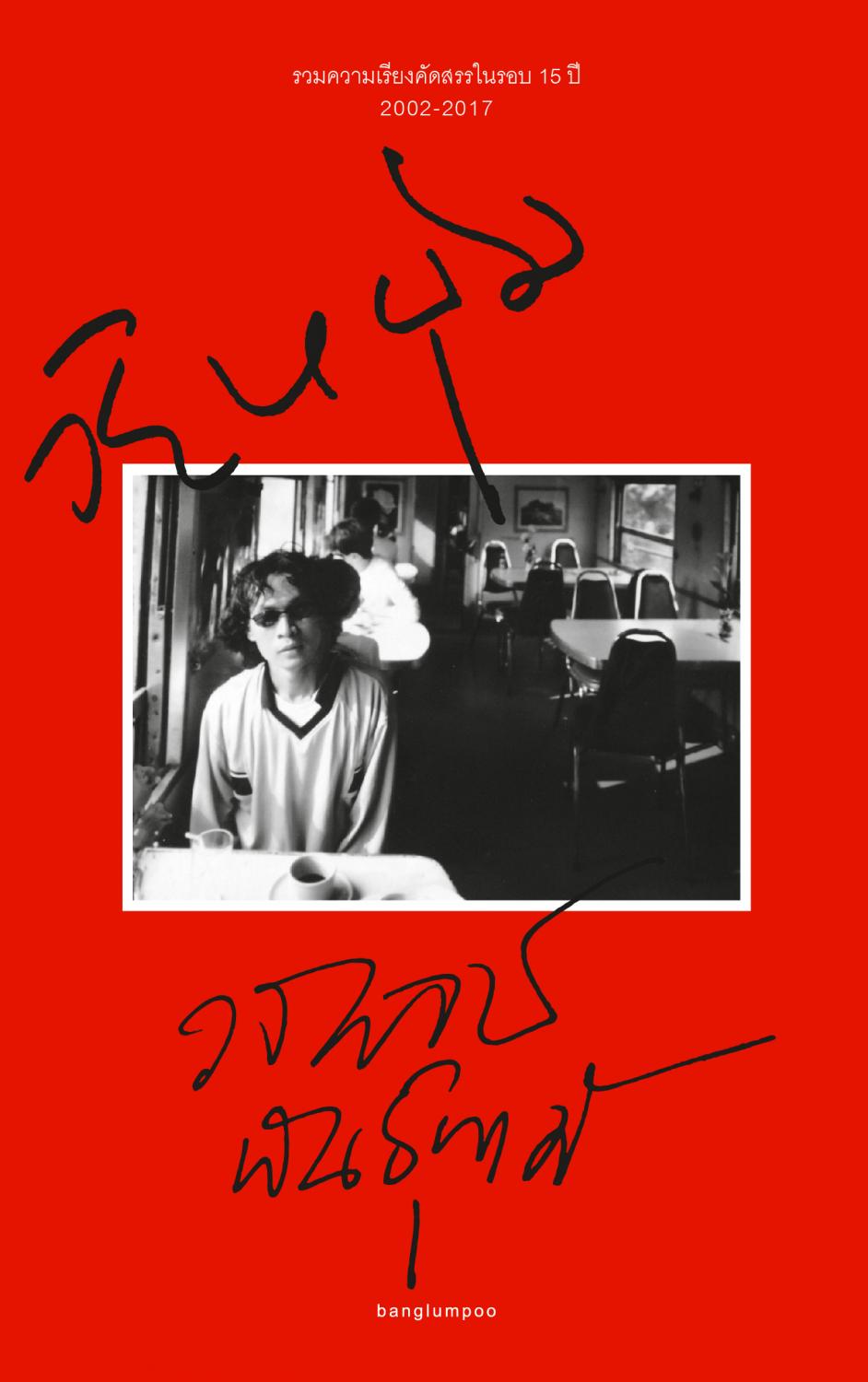 "I was chilling by the beach when I got a phone call about winning the [Silpathorn] award," Worapoj said in a recent interview with Life after he made an appearance as one of the guest lecturers at a book event.

"It was good news, and I appreciate that people recognise my work and efforts. But at that moment, I also thought of three of my best friends [Binla Sankalakiri, SEA Write winning author; Wad Rawee, novelist and social and cultural critic; and Mai Nueng Kor Kunthee, the late renowned activist], and wished they were there to celebrate the moment together with me."

Worapoj was wearing his trademark black sunglasses, faded pair of blue jeans, and a T-shirt with a printed logo that read "Nan Poesie". It's the name of an intimate poetry reading event he helped organise with friends last November in Nan province where he currently resides.

"This is something that I'm interested in at the moment. Apart from my usual non-fiction books, I'm planning to publish a poetry book for the first time soon," said Worapoj.

In local literary circles, Worapoj's career is rather unique. While most writers make their name by penning fiction, his steadfast dedication to the nonfiction genre, focusing on society and politics, has paid off.

"It's not that I have anything against fiction novels, but Thailand has so many writers in the same vein already," he said.

"At least for now, I'd rather be a storyteller who's telling real stories and what happened in society." 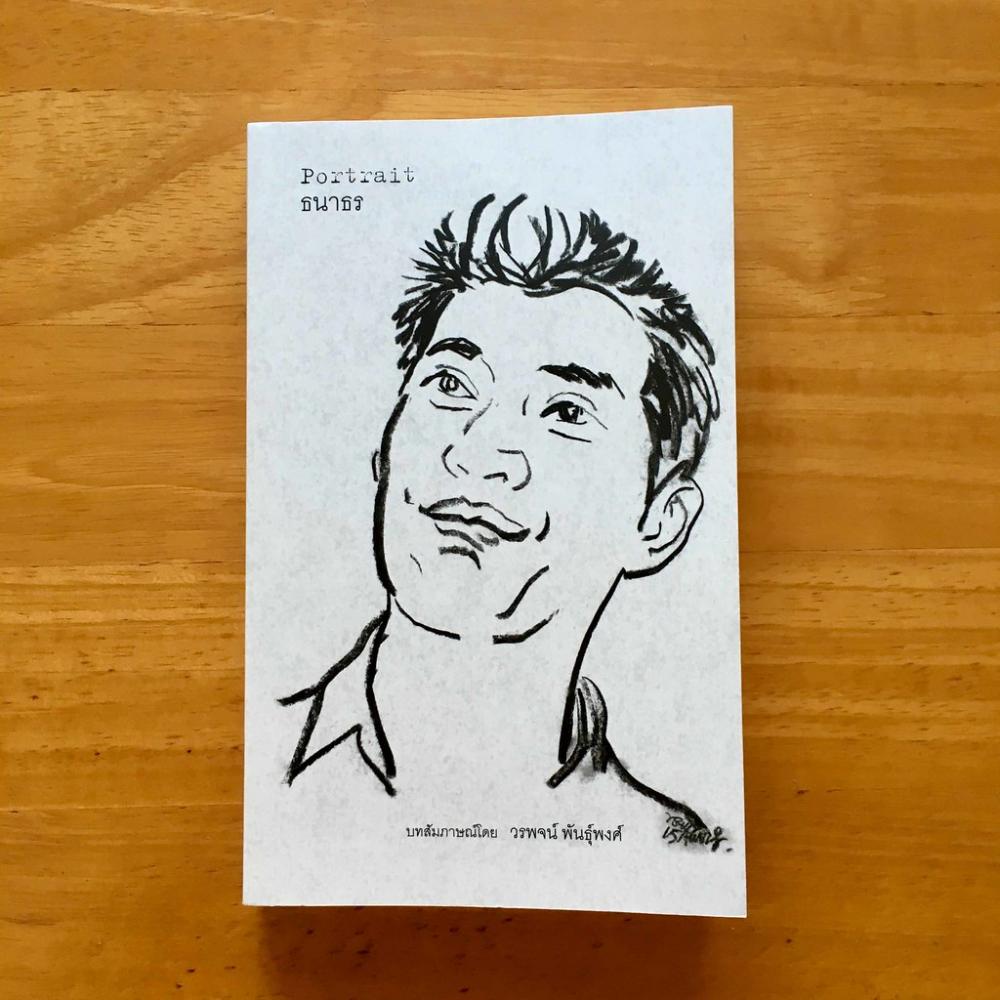 His 25 books are comprised of essays, columns and profile interviews. Worapoj's writing has appeared in Manager Daily, GM, IMAGE, The Writers, The 101, and The Standard among others. He is now a contributing editor at No.1 Banglumpoo publishing.

Worapoj has just launched a new book, titled Portrait Thanathorn, an in-depth interview with Future Forward Party leader Thanathorn Juangroongruangkit about his political vision for the party and the country, as well as his earlier life before he began a political career.

Wai-noom (Young Age), is a compilation of his selected essays taken from his earlier career between 2002 and 2017. He has also written a themed collection of interviews on politics, such as Satanakarn Chookchern (Emergency Situation), a collection of interviews with red-shirt protesters; Tee Kerd Hade (Crime Scene), which is based on his interviews with villagers in the three southern provinces; and Kwam Mued Klang Sang Dad (Darkness Under The Sun), an outspoken piece on Article 112 [the lèse-majesté law].

Two of Worapoj's most well-known books are transcripts of long-profile interviews with some of the best-known names from the creative world -- Sieng Pood Sud Tai Rong Wong Sawan (The Last Word), regarded as one of the last interviews Rong Wongsawan, probably Thailand's best-known novelist, gave before passing away, and Yang Noi Tee Sud (At Least), an interview with internationally-renowned film director Pen-ek Ratanaruang.

Worapoj is also well known for his unique working style, being patient and taking time for each interview. It is quite normal for him to spend three to four hours or more in each session.

He spent months interviewing both Rong and Pen-ek. Going back and forth to their houses, talking, and seeing how they lived and worked. And sometimes even spending the night at their places for more interviews.

"You can't really rush things. A good story, sometimes, wouldn't come out in the first hour of interview," he explained.

"I believe there is sufficient time for everything. For example, drinking coffee or having sex can probably be done in two minutes, but I definitely don't want to do that [laughs]. Interviewing people is no different -- you will need to collect as much information as you could in order to write a solid story."

For Worapoj, interviewing is a craft and a very delicate process. He devotes days, and weeks transcribing recorded voices into text before beginning to write.

"I like to say that I'm a person who likes listening to stories. I developed my love of listening since I was young," said Worapoj, who recounts of a childhood growing up in a farm community in Nakhon Ratchasima province. "My family usually gathered around a bonfire, where I loved to sit around and listen to them tell stories." 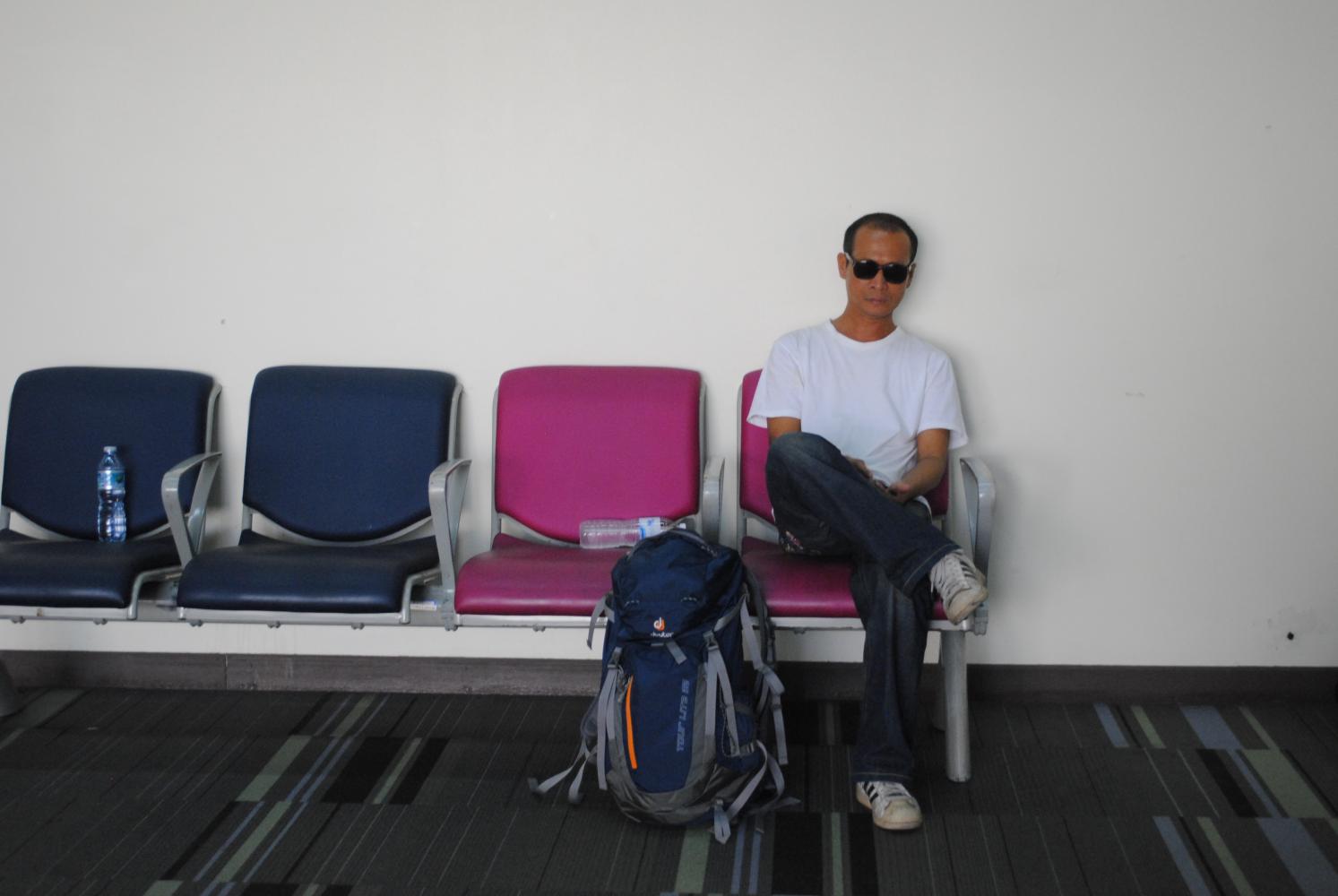 Today at the age of 49, Worapoj still has the passion for being an independent journalist and interviewer. He said that Thailand is like a derailed train, and has gone so far off track. So he believes that it's his duty to keep doing what he does best and telling the truth on all sides of a story.

"I believe in democracy, freedom of speech and that everyone is equal," he said.

"I can't stand that now our country has this unfair law, and that inequality exists in society. It shows that we're uncivilised. I have been to civilised countries before, and I know that our country isn't it yet. We all need to do something to make the train gets back on its track."