The message of the medium
Life
Arts & Entertainment

The message of the medium

Thailand's depictions of the silver screen are often fraught with biased views of Thai women, culture

When the chipmunks Chip and Dale sailed into the bustling floating market in the recent viral Disney short Our Floating Dreams, both the world and local people were fascinated by the images of Thai culture. Busy canals and pineapple fried rice brought about onscreen exoticism watched by millions around the world.

Thailand has long been captured and presented through the world's lens. Films like Merian C. Cooper and Ernest B. Schoedsack's Chang and Around The World In 80 Minutes With Douglas Fairbanks have brought foreign film crews to the country since the 1920s and earlier. And over the years, Thailand continued to be featured in various blockbusters and independent projects. But what sort of image do foreigners see of our country? And what are the common "Thai" themes or characters they choose to feature in their projects?

There are recurring themes often found in foreign films shot in Thailand, said director and producer Tom Waller at a recent discussion held at the Thai Film Archive. One of them is, interestingly, Thai women.

"I always see a type of script where foreigners come in and fall in love with Thai girls from rural areas -- not so much from Bangkok. They focus on Isan, northern and southern girls with an exotic feel to them. You rarely see a role of a girl who works in a bank or, say, as a university professor. Very few work in a 'well-behaved' business. Most of them just meet in a bar," said Waller of the stereotypes he often encounters.

"Films often depict how foreign guys meet and fall in love with Thai women, be they actual women or ladyboys. In the film Patong Girl, for example, it's a ladyboy love story where a German guy meets a woman who was born a man," said Waller. "But perhaps the film crew are inspired from real life, too. They come here and go drink in a bar, and that's how they meet girls. They don't get to meet girls elsewhere."

Joining Waller onstage was Wikanda Promkhuntong, a film scholar from Mahidol University. She added that the way transgender women have played a role in Western and Asian films does vary. Wikanda pointed to the Chinese hit Lost In Thailand where two Chinese tourists travelled together around the Land of Smiles. 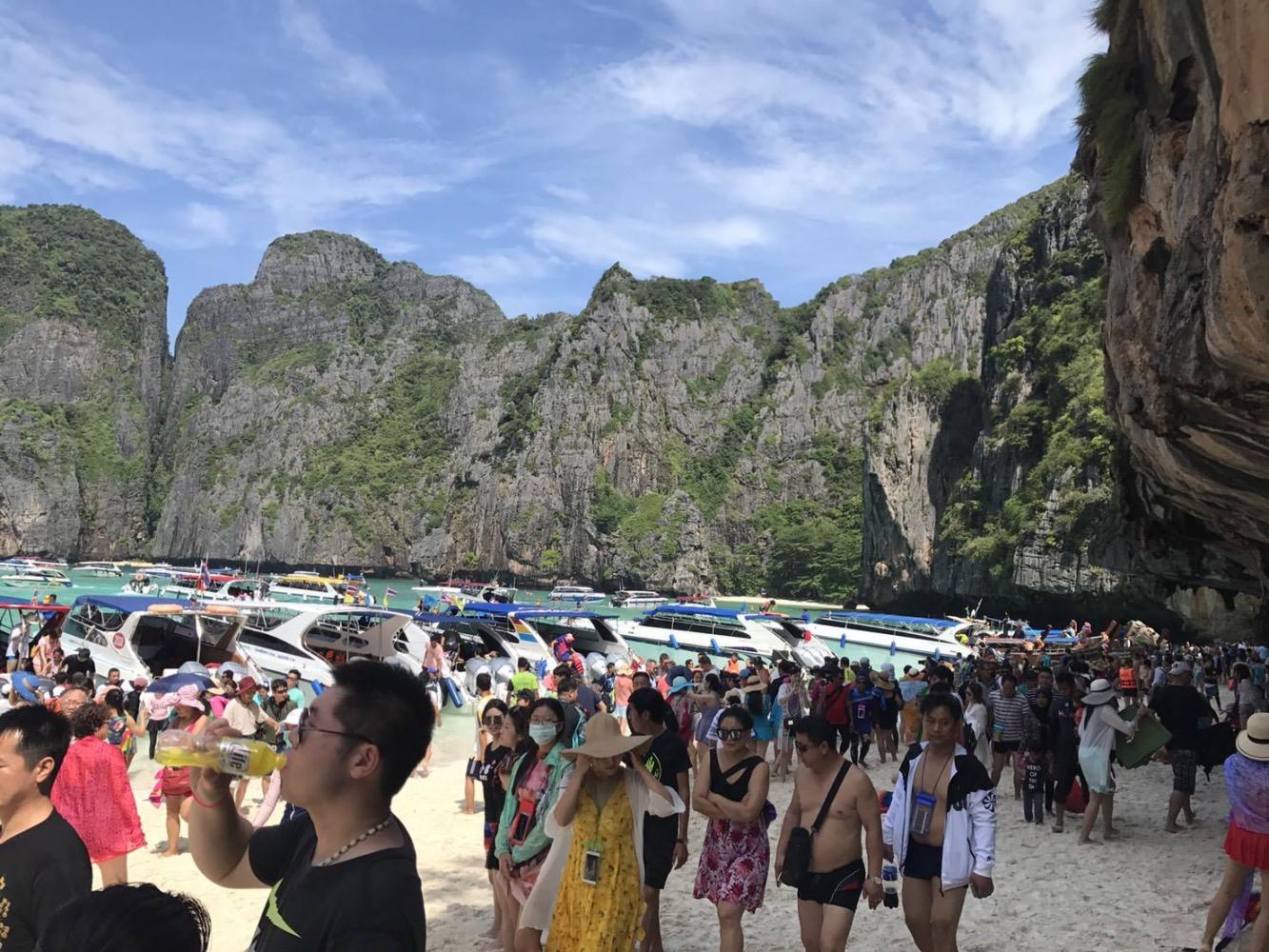 "The characters also encountered ladyboys, but at a temple, not a nightclub. And they were debating whether the person they see is a girl or a boy," she said, noting the difference in setting and role transgender women play.

In addition to women, the sights of elephants and monks in saffron robes are also frequently featured in several projects. Interestingly, so do scenes of corruption involving army generals and mafia.

"When scripts come from overseas, they have to be approved by the Thai film board before filming can take place. And when there are scenes like that, the reply we got was we have to change the Thai army to an army of some other country, and mostly that ends up to be Myanmar," Waller said.

Wikanda said foreign films have certain preconceptions of Thailand that have been built up -- both as memories and stereotypes -- from the days of those early documentaries, and nothing is cut loose from its own history. 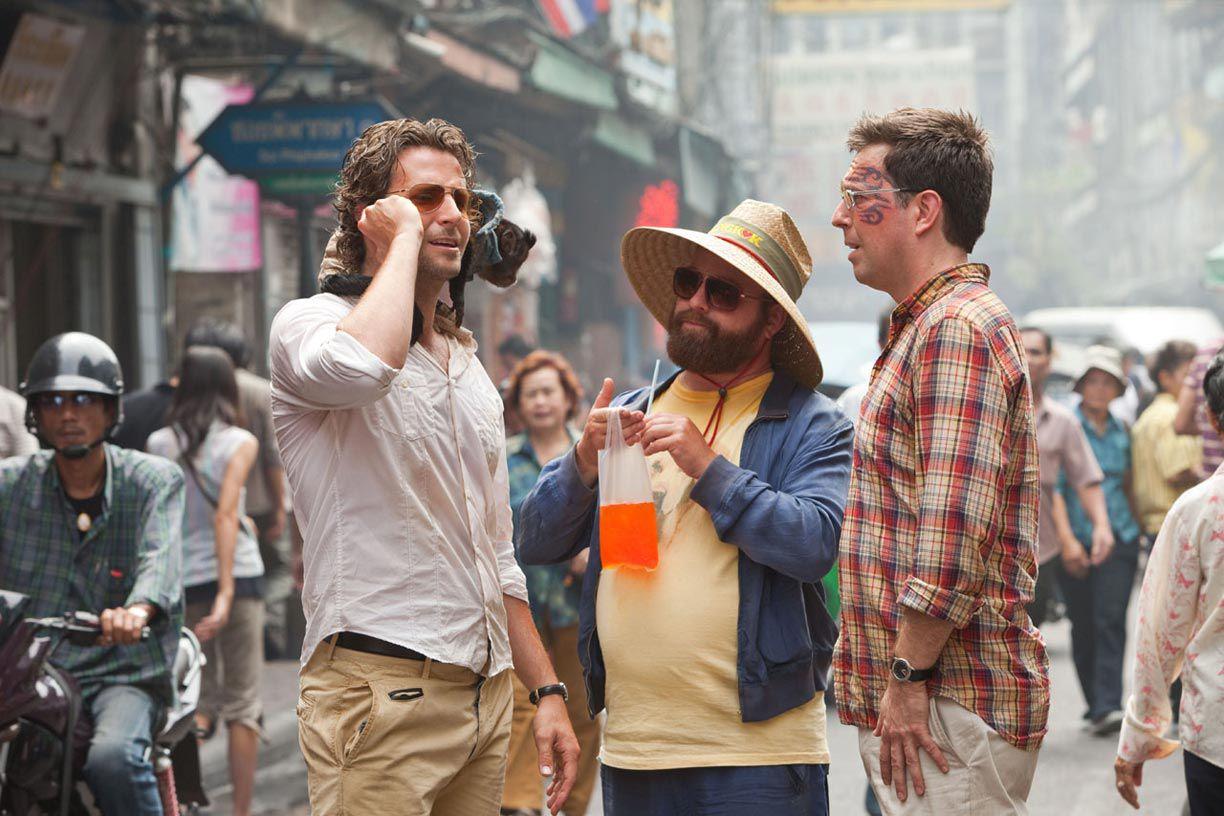 "In a sense, it's a view of colonisation -- a relationship between the East and the West and the stereotypes circling them. People tend to perceive the two as exact opposite, that the East is not too civilised while the West is more civilised … It's easier to understand a stark contrast rather than the grey area. The excitement in it is different. We can say that, basically, we like things that are different from us. And so it's been reproduced that way over and over since then."

Waller called it a cliché of Southeast Asia, born from what foreigners both notice and imagine about the place. At the same time, it's somewhat far from the "official" culture that the Thai government wishes to portray of its own country. For example, stories about prostitution or "girl bars" are not encouraged or allowed to be portrayed in foreign films shot in Thailand as the Ministry of Culture fears people would think there is or even was prostitution in the country. "The Thai government is really afraid of the images that go out," said Waller, who has directed the likes of Mindfulness And Murder and The Last Executioner and produced Butterfly Man, The Elephant King and Soi Cowboy, among others.

The need for the state to control the narrative surrounding its own country also affects Waller's latest film Nang Non, or The Cave, which is currently in post-production. The film chronicles the rescue of the Wild Boar soccer team in Chiang Rai that made global headlines last year. Waller said it took him a long time to secure permission to film the project. It was also a struggle to get information from Thai authorities, resorting instead to public domain information and interviews with the rescue divers. 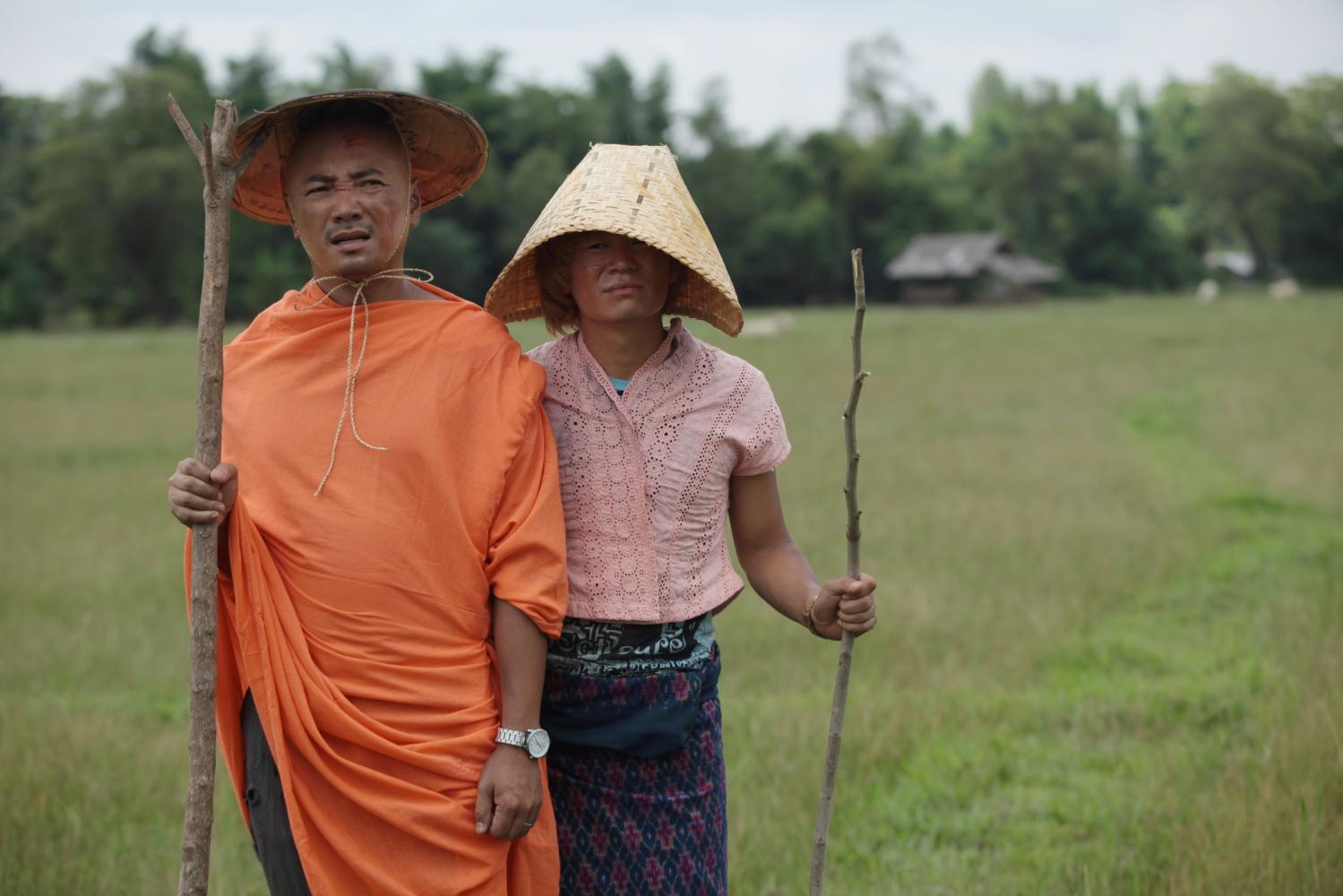 A scene from the Chinese hit Lost In Thailand.

Wikanda continued that films that were shot in Thailand have also generated fan tourism over the years, bringing in millions of tourists from around the world. But there are both positive and negative results to it.

Films like The Bridge On The River Kwai and Railway Man have made the Thai-Burma Railway in Kanchanaburi province a popular tourist destination. On a more personal level, many foreigners also feel a connection with the place as some of their relatives or ancestors may have been prisoners of war here.

On a case with strong impact evidently on the location itself, The Beach -- starring Leonardo DiCaprio -- popularised Maya Bay in Krabi to the point of overcrowding. This unfortunately resulted in environmental damage so severe authorities decided to close down the beach for restoration and recovery.

Elsewhere, we still see the Sirocco sky bar in Bangkok regularly visited by those who have watched The Hangover Part II. Ko Tapu in Phuket, which was featured in the James Bond movie The Man With The Golden Gun in 1974, has been popularly known as the James Bond island by both locals and tourists.

Film critic Kong Rithdee, who was serving as the discussion's moderator, said Lost In Thailand was responsible for the large amount of Chinese tourists coming here in recent years, positively affecting the local economy.

Fan tourism extends the shelf life of films into pop culture, crossing over into the tourism industry. Film has the power, and a destructive one at that if we have learned anything from The Beach.

Even so, Waller felt the government has yet to focus on the effect of fan tourism and how it can impact the local community and the environment. There is also no single entity to handle the film industry as the responsibility is now shared among the film board, Ministry of Culture, and tourism authority.

Wikanda added that the problem is also the lack of communication between different parties when they should be discussing the production and also the post-production impact that may follow in their own region. Guidelines on how to deal with fan tourism should be established.

"Film crews can say they'll leave the location as they find it, but no one can promise that tourists will do the same," she said.