A political message of hope

Analysing the adaptation, from page to musical stage, of Namngoen Tae

Back with the second of three productions to celebrate its 33rd anniversary, DreamboxTheatre Bkk steps into the future with a new playwright and fifth sung-through musical, Namngoen Tae: The Musical.

Namngoen Tae is Narit Pachoey's first production on a professional stage. The young playwright is still completing his master's at Chulalongkorn University, but he first caught attention two years ago with Nebula, a play about Thai writer Chit Phumisak's persecution as a student at Chulalongkorn University. He returns to the subject in musical form with Long Live Jit Poumisak, which was attended by members of the Future Forward party. Narit started working on the book for Ngamngoen Tae two years ago, with Dreambox's resident playwright Daraka Wongsiri as his adviser.

Narit's plays have tackled political figures on the left and the right. Since Thailand's recent political upheavals that crudely divide people into shades of shirt colours, it's rare to see a theatre artist who creates works about both sides of the political chasm. Chit Phumisak is a Thai progressive icon -- a communist, to be precise. Namngoen Tae is adapted from a political historical novel of the same name by Win Lyovarin, one of Thailand's most popular novelists, whose political views could be called conservative.

I'm probably one of the few Thai bookworms of my generation who had never read Win's books during my formative years. Namngoen Tae (True Blue, a reference to the colour of the political prisoner uniform and the colour of the monarchy), written in 2015, is the first and only book of his that I've read. My peers have told me that they prefer his earlier works, when he was stylistically more interesting.

Given the political atmosphere, my left-leaning peers seem to not go near his books now. But whether as a creator or consumer, sticking to the writing and artwork by and about those whose values and political ideology we share is not unique to Thailand, especially in divisive times.

In the introduction to the novel, Win acknowledges that by focusing the novel on the political prisoners who fought in the 1933 Boworadet rebellion, a failed coup d'état against the Khana Ratsadon (People's Party) government that ushered in constitutional monarchy in 1932, he had to forego the appearance of neutrality. Turn to the dedication page, and you find out the book is a tribute not just to this group of political prisoners, but to all political prisoners throughout history.

Despite the novel's many frustrating flaws, Win's good intentions and compassion are undeniable and commendable. Both the novel and the musical should be applauded for its big heart and strong sense of justice. The musical can also be applauded for Suwandee Jakravoravudh's solid direction and the cast's beautiful vocal performances. Namngoen Tae is a quality production that moves and entertains.

Like the novel, Narit's adaptation isn't without frustrating flaws of its own. The musical even exacerbates some of the novel's greatest weaknesses. 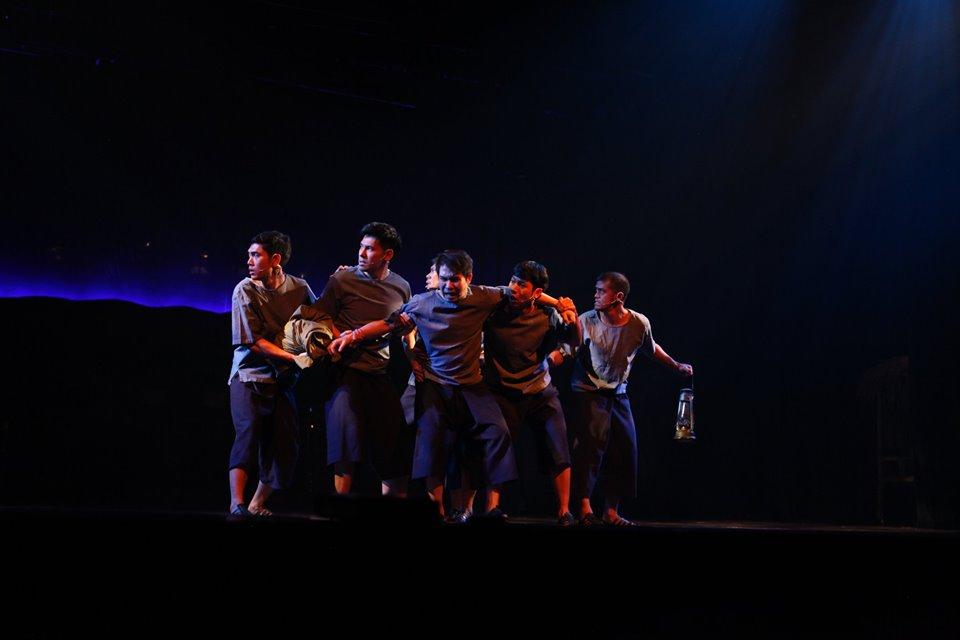 The novel has two main fictional characters: Tonsang, a newspaper columnist who opposes the Khana Ratsadon and is jailed despite his innocence, and Prachak, Tonsang's childhood friend and young military officer in Khana Ratsadon. Nevertheless, the novel and the musical's central message is clear: everyone, regardless of political belief, deserves justice, due process and humane treatment from the state; it's a disservice to the message when neither of the two characters evolves morally or intellectually. Worse, Prachak turns out to be nothing more than a petty, vengeful person who doesn't seem to have any true political ideals, unlike, of course, his virtuous friend Tonsang. Prachak even makes sure Tonsang gets a life sentence so he can steal his friend's girl. That's the character's entire motivation. This is not even the stuff of good political romance.

What frustrates me most about the novel is the lack of intellectual wrangling between the two opposing ideologies. Every political discussion is cut short with Tonsang reaffirming his belief that Thailand wasn't ready for democracy. The musical makes it worse by portraying the Khana Ratsadon as this vague group of fearsome men in uniform with nothing but power.

It's incomprehensible why Narit chose to wrap important political details in vagueness or almost entirely omits the violence of the rebellion. The Boworadet rebellion was not just a bunch of idealistic newspapermen secretly writing declarations on a boat. It was a civil war in which people on both sides lost their lives.

As storytellers, both the novelist and the playwright did what any storyteller does: they interrogate human nature. But as storytellers dealing with political history (can storytellers ever escape history?), they failed to interrogate historical and political narratives that have shaped how we look at the past and the present. Why does the "premature democracy" discourse continue to be so pervasive today, almost a century after the country became a constitutional monarchy?

Too many storytellers and artists have become incurious about the opposing argument. And when you know only your own side, you, as John Stuart Mill says, know little of that.

Win ponders in the introduction of his novel: "Once we've stripped off the colours of our shirts, beliefs, and personal biases, we're all Thais, living in the same country. We should love one another more. Or we at least shouldn't hate each other this much. Is that too much to ask?" The final scene in the novel fast-forwards to present-day Thailand: a conversation about politics between two men in a cafe that escalates into a juvenile verbal spat. The novel ends with the same rhetorical question, or rather a lament for what Win seems to believe to be Thailand's political fate.

Narit ends with a message of hope. It's a wise one that recognises our common humanity. It may seem sentimental, but it expresses hope and belief in the possibility of peaceful coexistence between two opposing ideologies. It's a message of democracy.

Namngoen Tae: The Musical continues this Saturday at 2pm and 7.30pm and this Sunday at 2pm, at M Theatre. Tickets are 1,200-2,500 baht. For reservations, visit DreamboxTheatreBkk on Facebook or dreambox.co.th, or call 085-416-6661/4. The musical is in Thai with no English surtitles.