A child riding on a buffalo painted in rainbow colours. A man in saffron robes wearing make-up. Painted faces. Naked bodies. Unheard voices. "Spectrosynthesis II – Exposure Of Tolerance: LGBTQ In Southeast Asia" is an art exhibition that takes its viewers on an exploration of the gender spectrum and the levels of acceptance (and unacceptance) within the societal context of this region.

Now on display at the Bangkok Art and Culture Centre (BACC), "Spectrosynthesis II" features artworks and installations from over 50 Thai and Asian artists, and is considered the largest LGBTI-themed art exhibition in Asia. This marks the touring exhibition's first stop following its successful initial iteration, which was held at the Museum of Contemporary Art in Taiwan in 2017. It is presented by the Hong Kong-based Sunpride Foundation that aims to foster a more equitable world for the LGBTI community and allies through arts.

The name Spectrosynthesis, according to Sunpride's executive director Patrick Sun, is a combination of "spectrum" -- colours of the rainbow synonymous with gay rights -- and "photosynthesis" -- a process by which light is converted into energy.

"If one source of energy can nourish all living creatures fairly and equally, a spectrum of energy could lead to a stronger, healthier and more equitable world through diversification, acceptance and gender equality," said Sun.

In relatively tolerant and liberal Thailand, one may question why an art exhibition of this kind is needed. Sun said that he doesn't intend to walk the easy path, or "preach to the converted". He noted the level of discrimination still being experienced among the LGBTI population here, especially regarding employment and civil partnership. The country is also at a crucial point where parliament is reviewing laws about same-sex civil unions.

"I hope a show like this will continue to be relevant and important to bring about positive changes," Sun added. 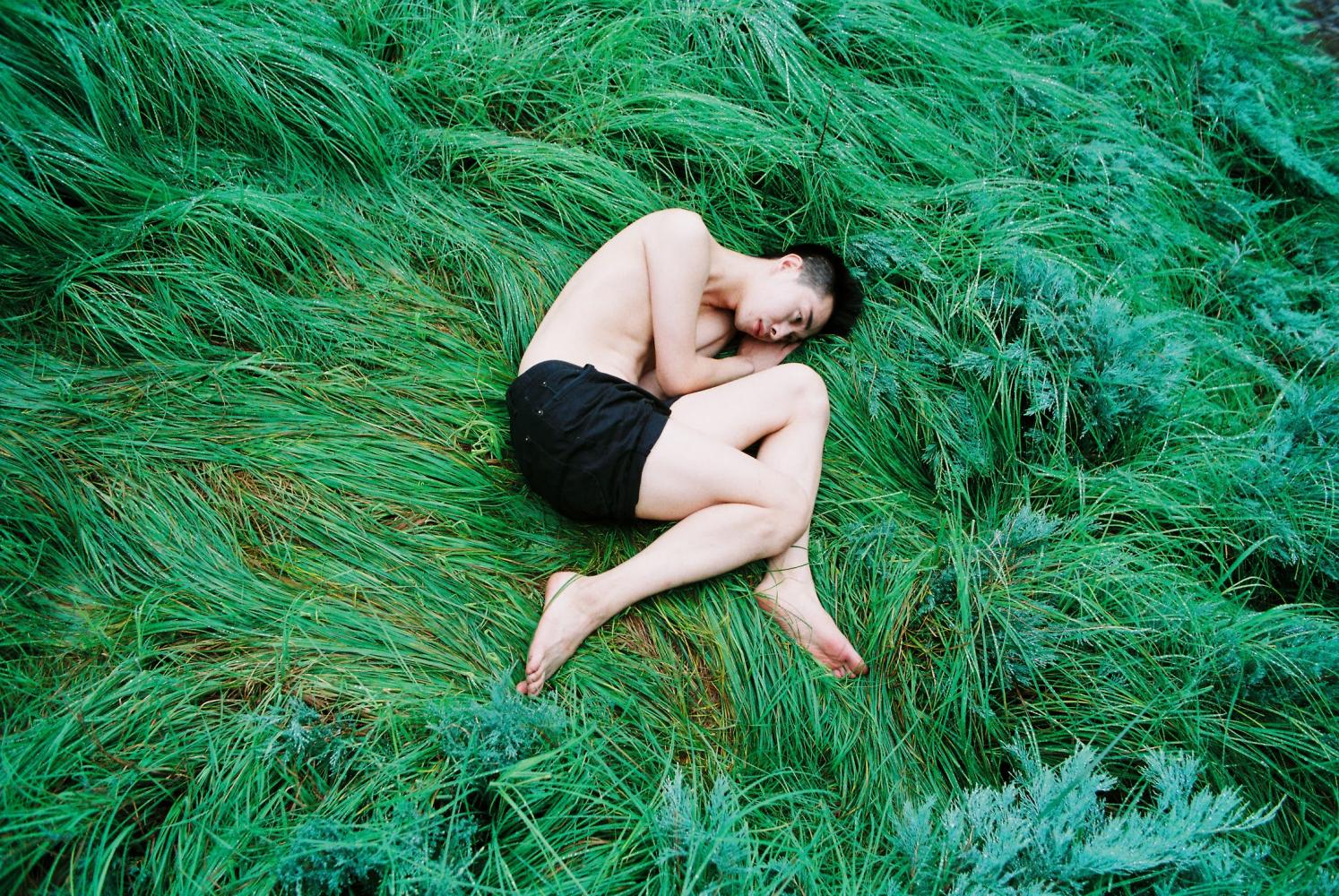 A photograph by the late Chinese artist Ren Hang.

The degree of tolerance toward homosexuality and transsexuality within Southeast Asia varies according to different cultures, ethnicities and their individual beliefs. The exhibition, curated by a team led by Chatvichai Promadhattavedi, sheds light on this complex landscape while also challenging, reflecting and throwing questions at its audiences in quite an unapologetic and controversial fashion.

One of the exhibited works recently caused an uproar in Thai society. Done by Michael Shaowanasai, his portrait of himself dressed in saffron robes while donning make-up raised a heated debate about religion and sexuality.

Beliefs and gender identity also collide in Sornchai Phongsa's works that revolve around the patriarchy within ancestral spirits of Mon culture. It is a man's duty -- especially of the family's eldest son -- to look after the spirits and give them offerings. The artist spoke of taking over this burden from his older brother and the expectations that come with it. He also uses himself as a model to talk about his own sexuality and how he deals with this set of beliefs. His works feature references to Mon rituals and also a collision of femininity and masculinity.

"There is a social repression that's bound to you. Spirits that Mon people respect are like tools to control society and dictate men do certain things," said Sornchai.

As Mon people are serious about Buddhism and also spiritualism, they tend to lead a modest life with a close relationship with temples. LGBTI people, said Sornchai, are not really accepted or out. The only space of expression or liberation they have within their cultural context is during annual rituals, whereby they get to take charge and perform dances for the spirits.

Making viewers confront the physicality of transgender women is Arin Rungjang. His large-scale video installation presents footage of a transgender woman in all her naked glory, with flowing hair, enlarged breasts and uncensored penis. The black-and-white video was shot on 35mm, which Arin feels is a crossroads between reality, memory and dream. 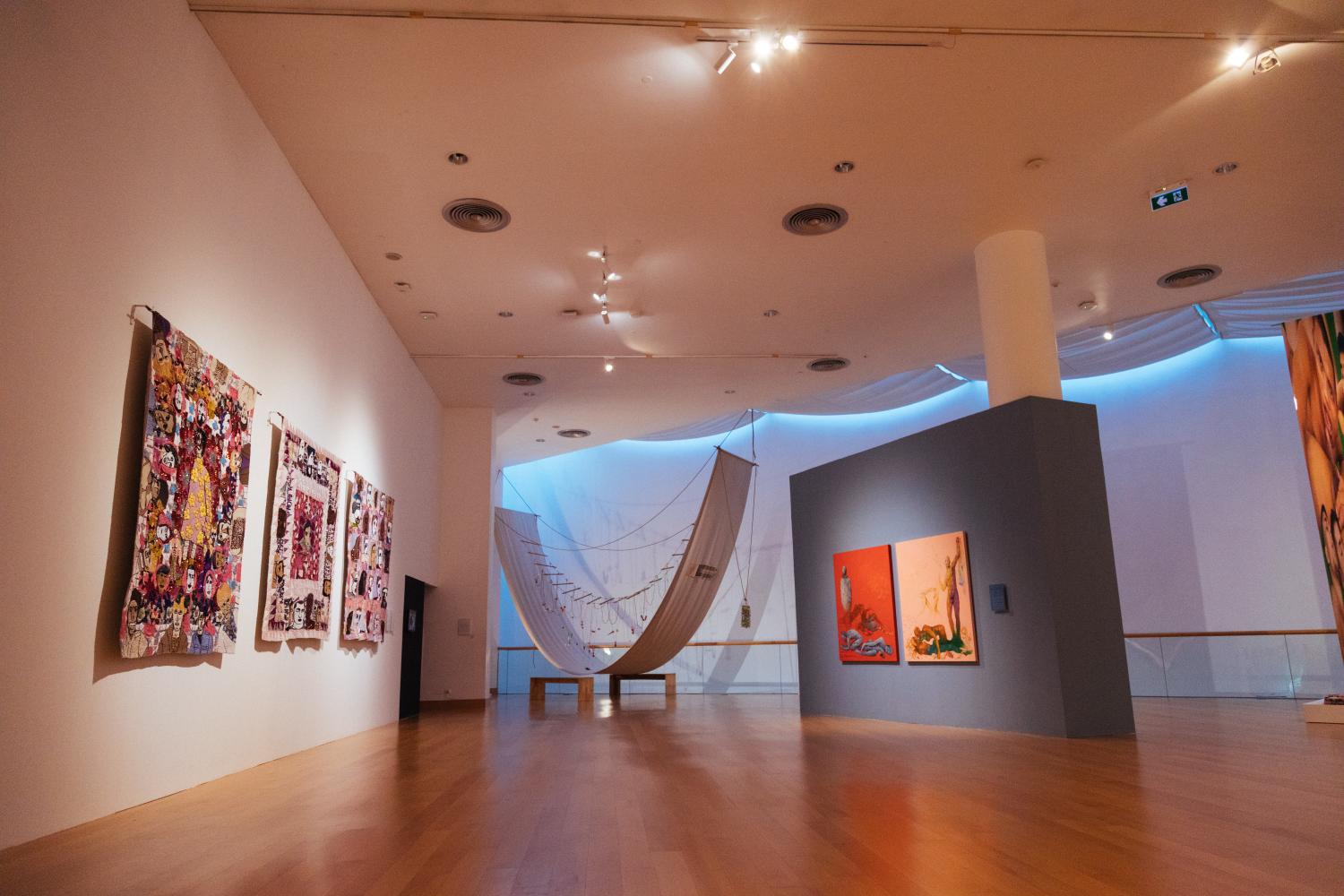 Inside the 'Spectrosynthesis II' exhibition.

Titled Welcome To My World, 'Tee', Arin's video installation represents his experience knowing a beautiful transgender woman named Tee who later committed suicide, leaving a lasting mark on him. His model is a transgender migrant worker and prostitute he met in Germany, adding another layer of narrative to the work. "With the eyes of an artist, I can appreciate her pride," said Arin. "I want to use art to make people confront this ambiguity. I'm not trying to force everyone to accept, but these transgender people are never made to be seen. Yes, it's nude. It's for people to see and acknowledge both her life and her story. There aren't many opportunities -- none at all, in fact -- for transgender people to appear to the public this way. I want to use this platform to make them visible."

While the exhibition offers a wide range of themes across the gender spectrum, the relatively few representations of lesbian or queer women is noticeable. Among those presented was photographer Cindy Aquino from the Philippines who showcases her black-and-white photographs that portray the bond and bondage experienced by butch lesbians who wear a chest binder to conceal their femininity.

In the conservative Philippines, Aquino -- who identifies as bisexual -- said the LGBTI community is not accepted.

"People have to hide their own gender and expression to be accepted by society. They are covered, yet they're also naked. They can be who they are, but they also have to keep on hiding. Society dictates that LGBTI is not part of the community. It is tolerated, not accepted," she said.

As in Thailand, LGBTI people in the Philippines are often portrayed in the media according to stereotypes. Gay men, for example, have to be flamboyant, generally cross-dress, and also work as hairdressers. However people find lesbians a little easier to accept, though often for quite a wrong reason. "It's harder to accept a gay child than a lesbian child in a family. With a lesbian child, the family still believes they can have a boyfriend and, all of a sudden, they will become [straight] women."

Throughout the region, there remains stereotypes, discrimination, misunderstanding and stigmatisation that surround gender, as well as its ambiguity and fluidity. It's up to artists and everyone to continue identifying these issues and create dialogues. Eventually, they may generate discussion and change within society.

At the same time, is it an obligation for LGBTI artists to talk about these issues and bring them to light through their work? It may not be necessary, and not all artists focus only on the topic of sexuality in their artistic career. Still, there are those, like Aquino, who take it upon themselves to use art as a platform for advocacy.

"As an artist, I want to think out of the box, but still in my roots. This is my advocacy. I have to maintain this," Aquino insisted.

"As long as there's something wrong, I have to address it."

"Spectrosynthesis II - Exposure Of Tolerance: LGBTQ In Southeast Asia" will be on display at the Main Gallery, 7th and 8th floors of BACC, until March 1. The venue is open every day from 10am-9pm. It is closed on Mondays. Admission is free. 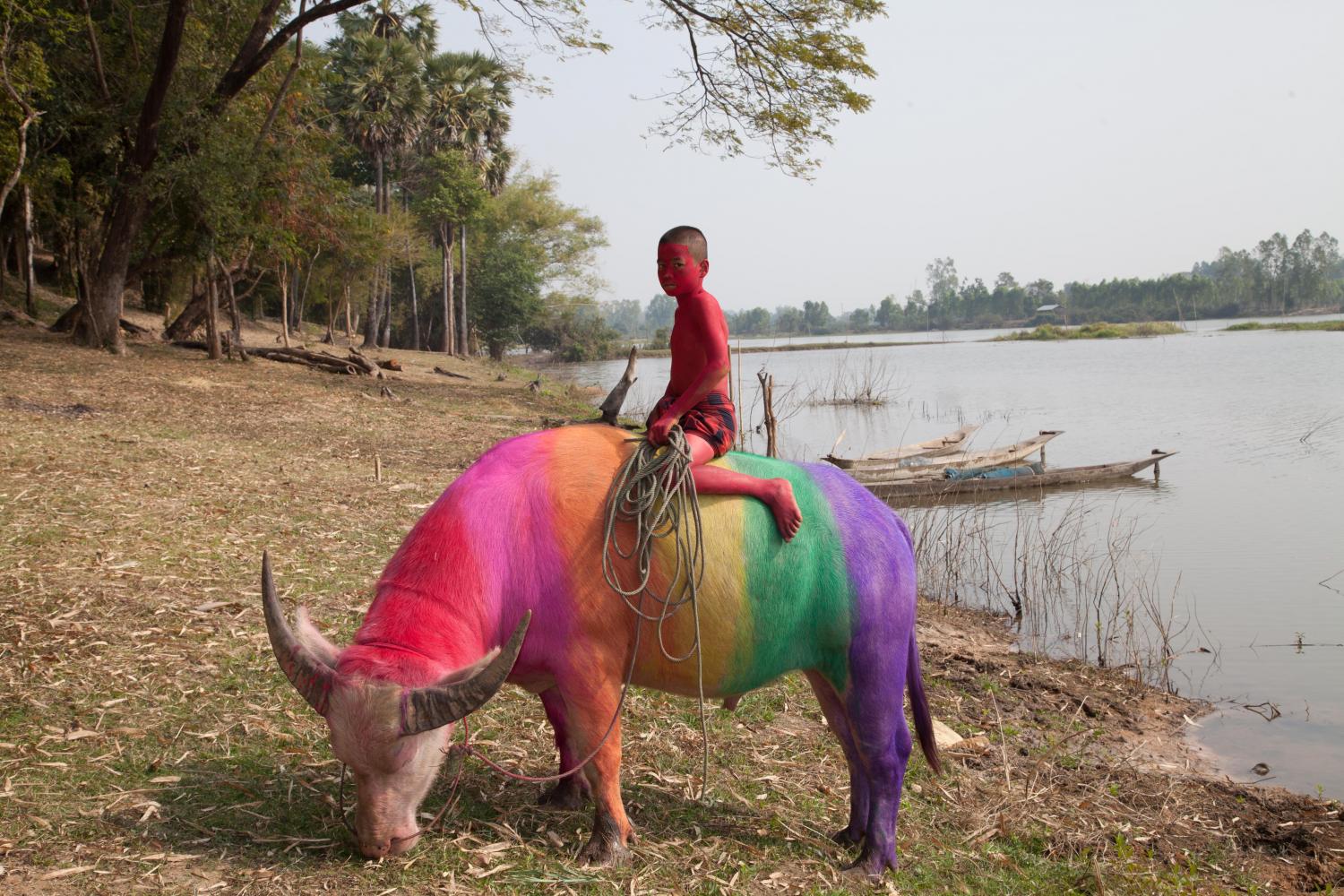 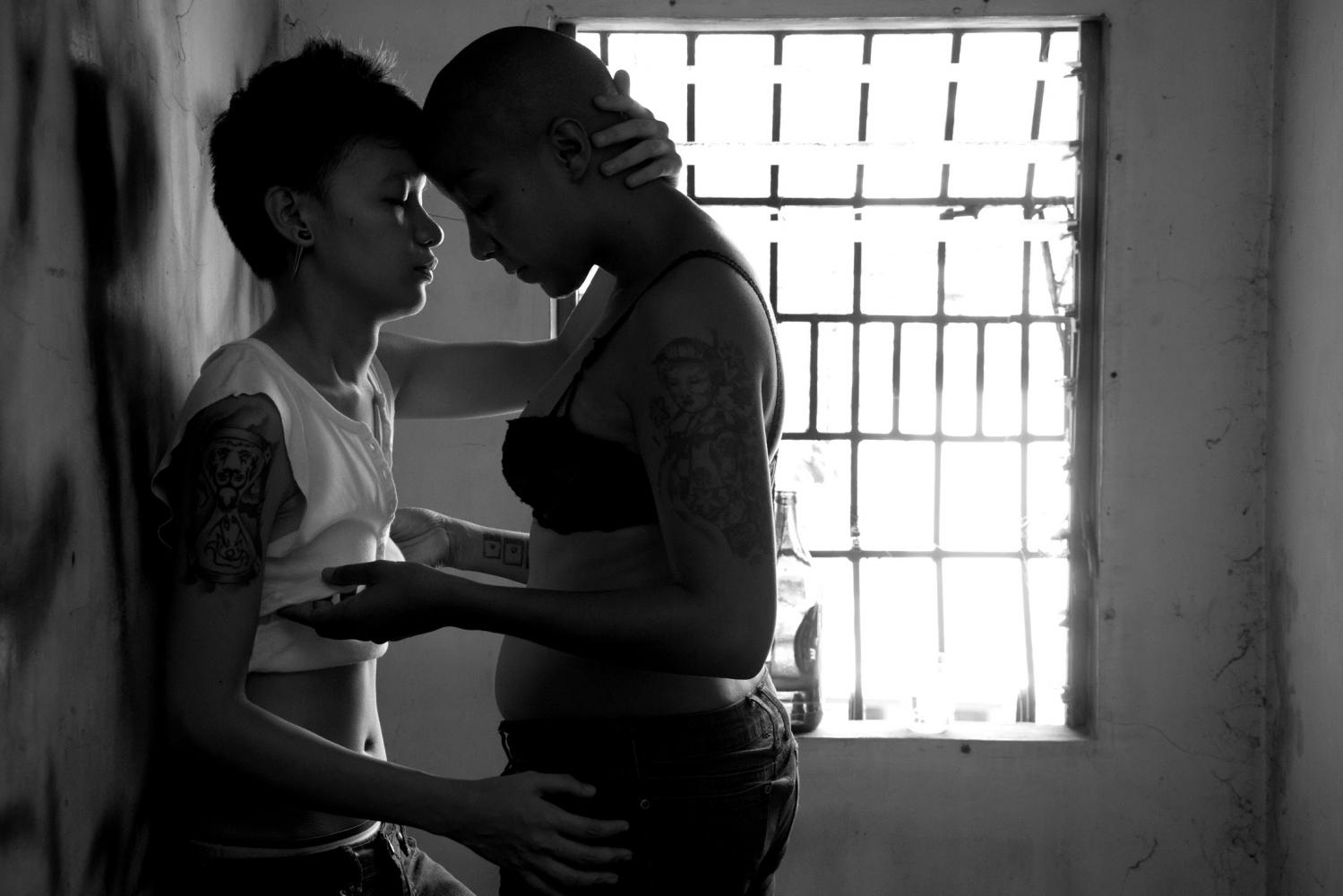 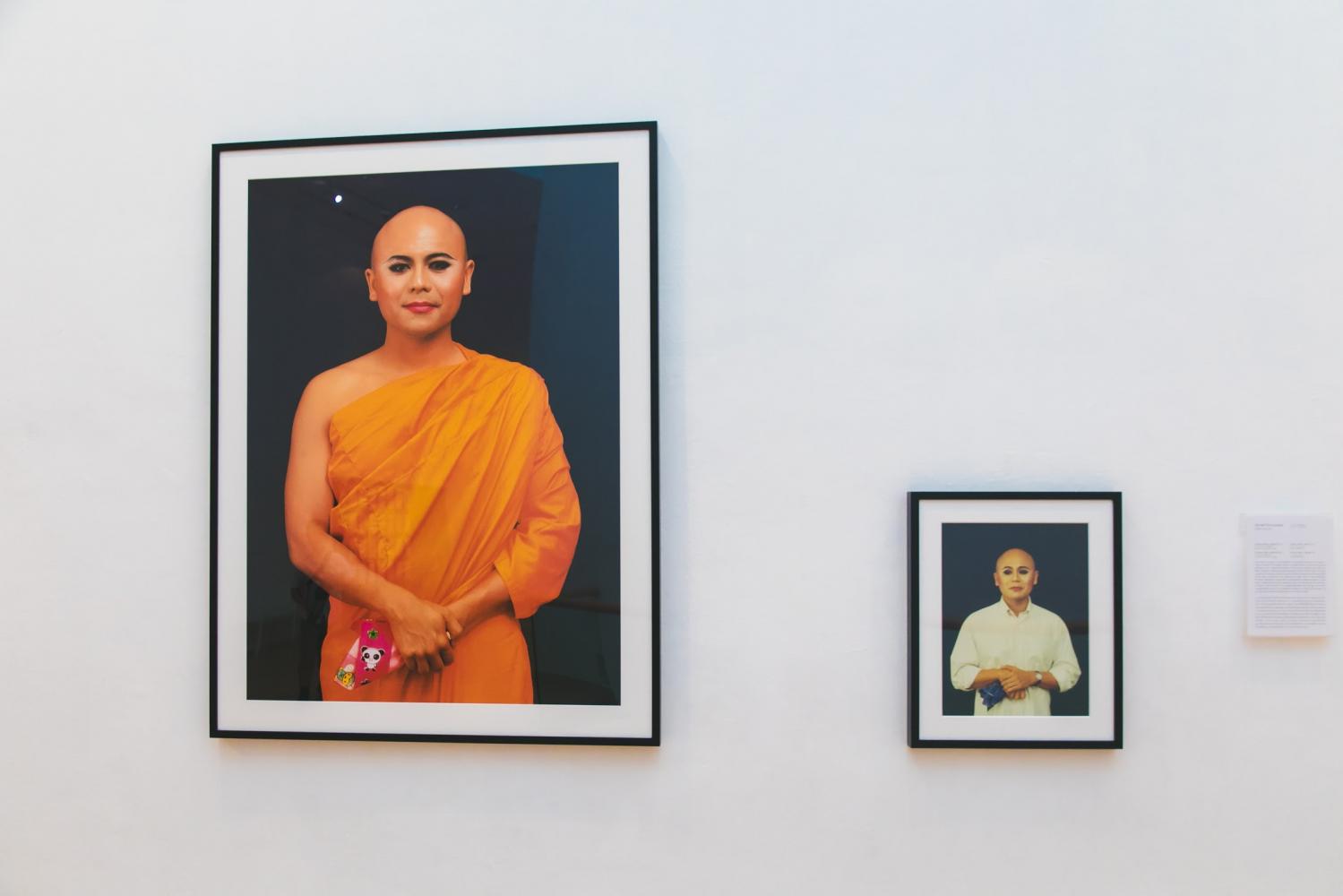 Portrait Of Man In Habit #1 and #2 by Michael Shaowanasai. Bangkok Art & Culture Centre 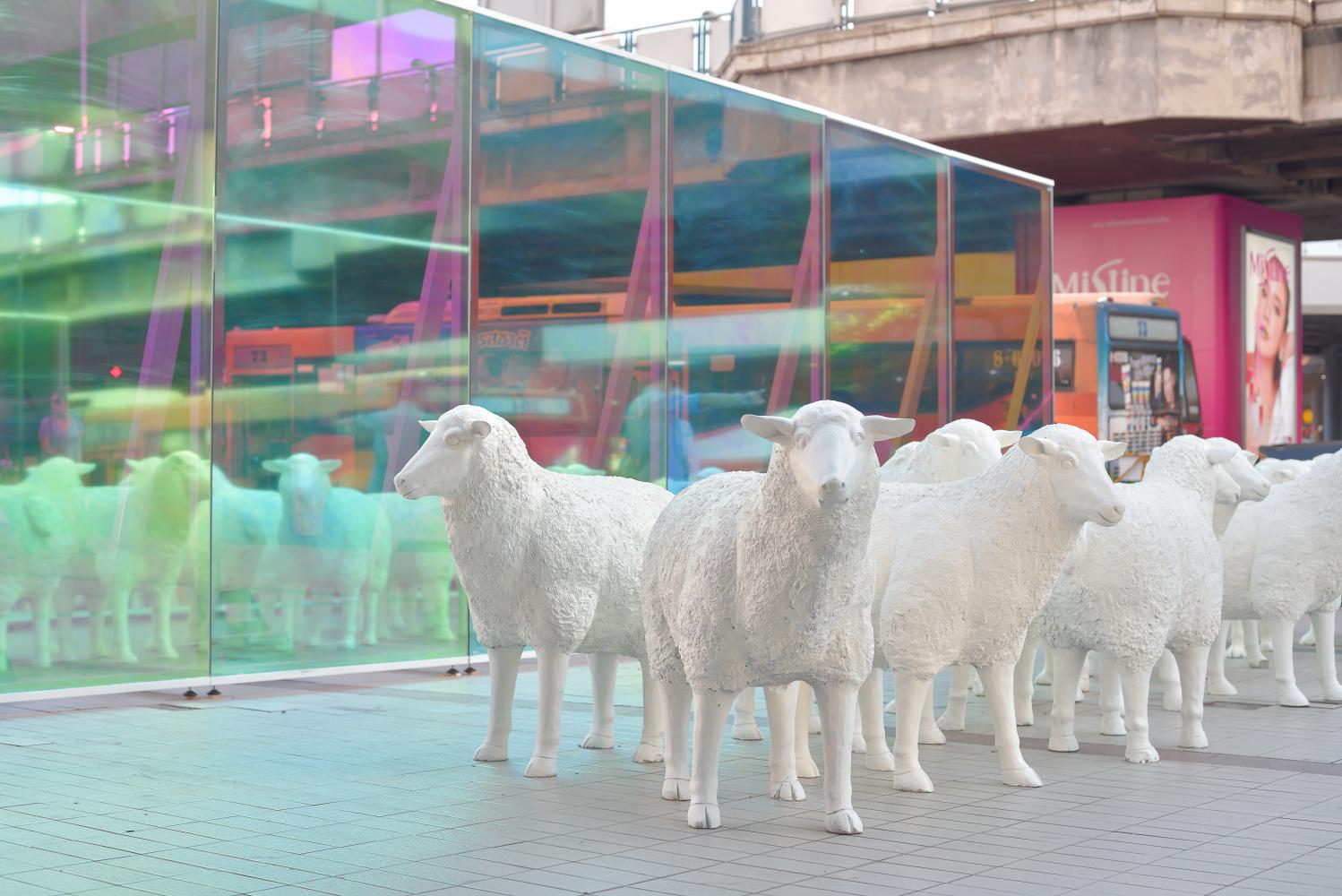 Other Sheep (Not Of This Fold) by Samak Kosem and Sornrapat Patharakorn. 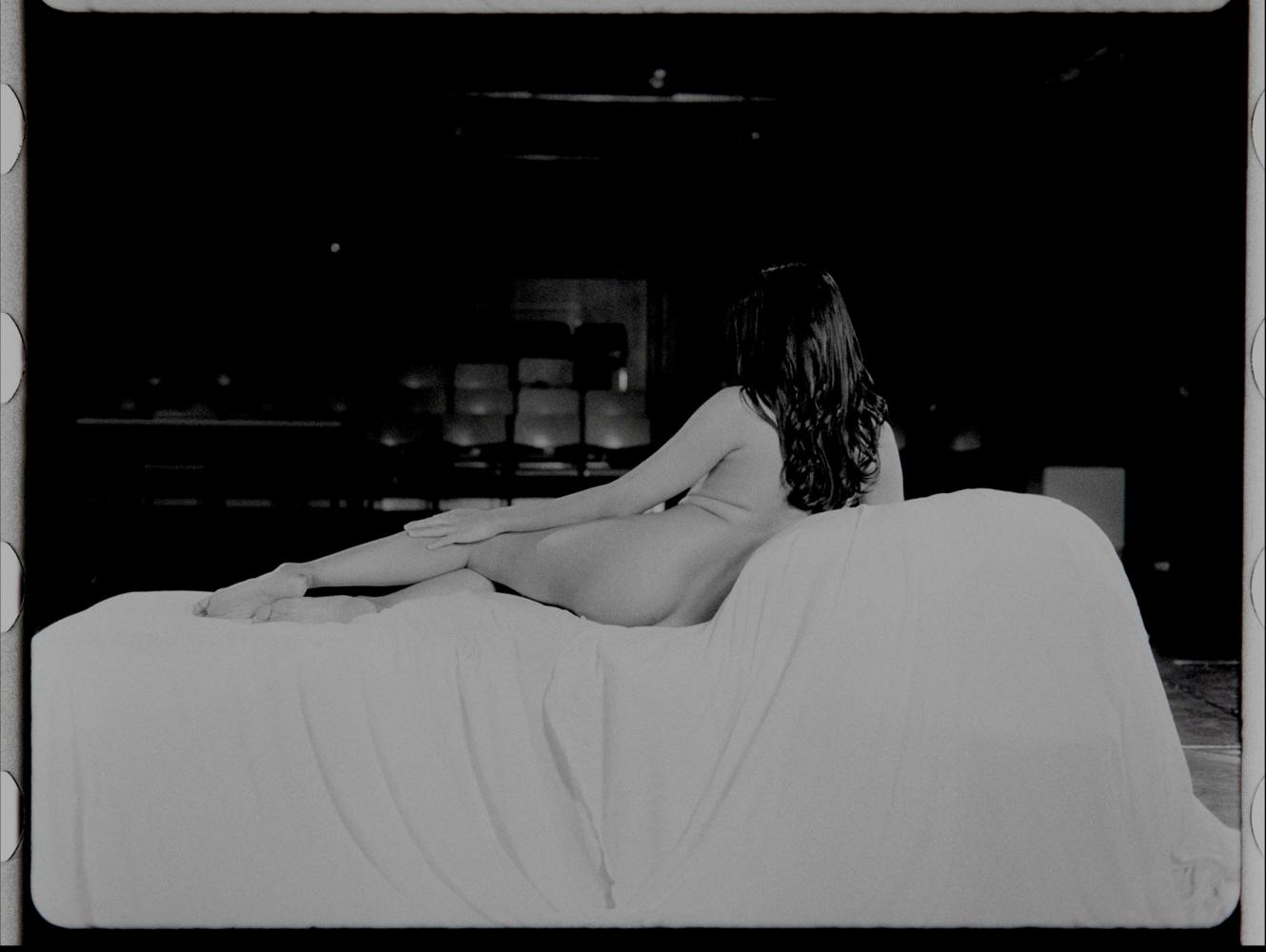 Welcome To My World, 'Tee' installation by Arin Rungjang.