A love letter to a city in flux
Life
Arts & Entertainment

A love letter to a city in flux

Philip Cornwel-Smith's treatise on Bangkok is thoughtful, compelling and affectionate

Very Thai (2005) was about things. About teasing the meaning of Thai out of objects and signs, ranging from the sublime symbolism of Thai design to the question why the paper napkins in all everyday Thai eateries were pink in colour and stupidly small in size. 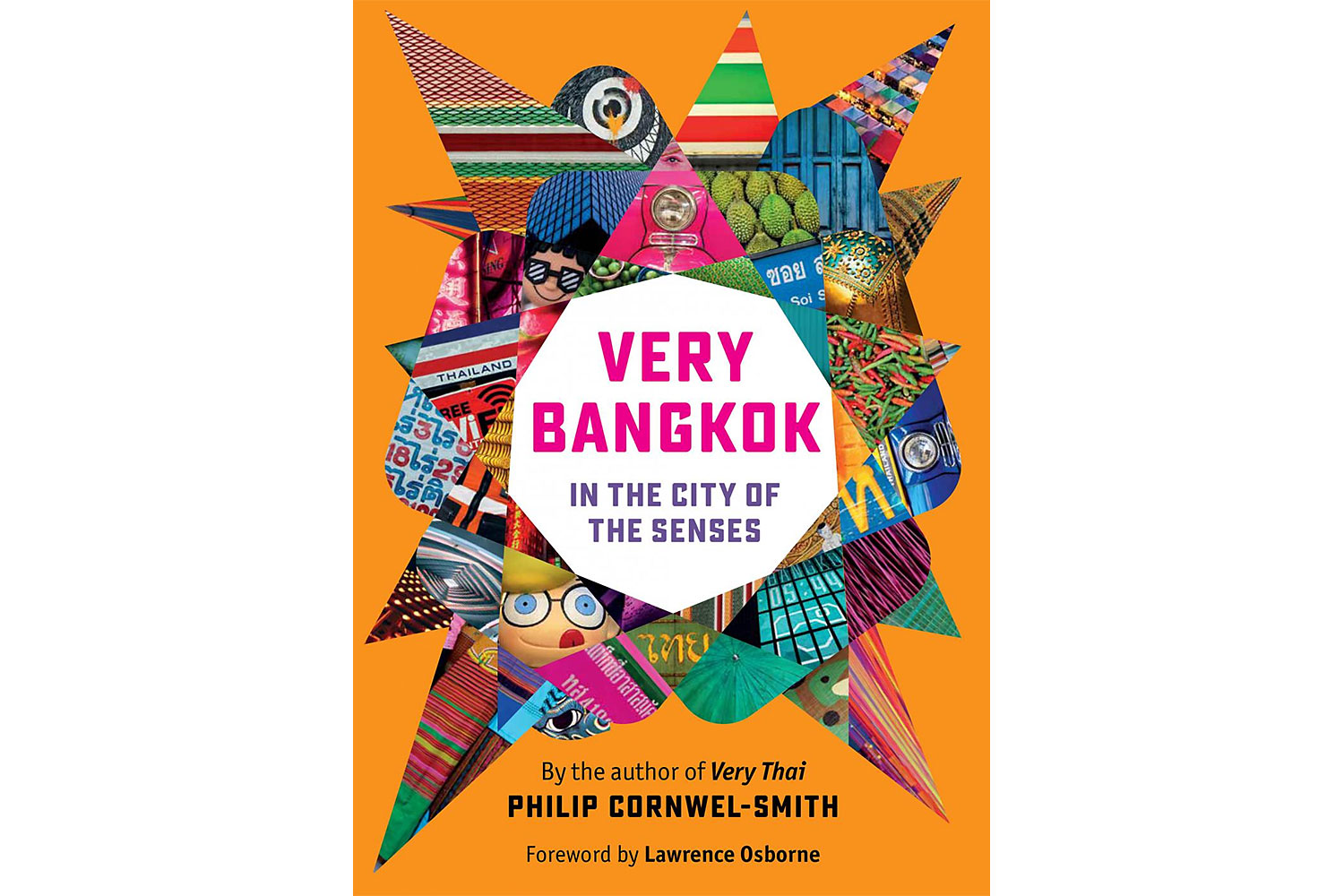 Very Bangkok: In The City Of The Senses
By Philip Cornwel-Smith Bangkok
River Books 2020
360pp
995 Baht

Philip Cornwel-Smith's long-awaited sequel is very different. It is entirely about people. The physical city is a backdrop to its residents, sojourners and visitors. Though Bangkok is a subset of Thai, this book is bigger and weightier. The author and his assistants have talked to lots of people -- from artists to administrators, from visitors to vendors, from the enthusiastic to the appalled.

The author's personal biases are clear to see. There is scarcely a page that does not circle back to food, music or the creative fringe, while the temples that crowd the tourist guidebooks appear only if they host an art installation. But the coverage is remarkable for its range and its depth. There's a lovely page on blossom. Very Bangkok is serious, thought-provoking, and fun.

As a subject, Bangkok is a problem because it does not stand still. Over the couple of decades of this book's gestation, the city has probably doubled in size and changed radically in culture. Before the millennium, it still had a private, parochial, self-absorbed feel. Now it is a global city, transformed by the falling cost of travel, by the quiet relaxation of restrictions on foreigners after the 1997 crisis, by the massive promotion of tourism and by the confidence of a new Thai generation to welcome the world. Apart from anything else, this book tracks the transition from parochial to global beautifully.

The book is organised into three sections, labelled Senses, Heart and Face. Senses records the city as experienced by its residents and visitors, starting with the assault on the nose, ranging from tropical flora to pitiful waste disposal. It moves on to the sense of space in the chaos contrived by weak government, resistance to any kind of planning, serendipitous architecture and catastrophically inadequate public infrastructure, especially for transport.

Bangkok is a mess and "development" has only turned it into a bigger mess. But mess can be fun. The new floating and semi-floating population of outsiders, mostly quite young and quite wealthy, have recreated Bangkok as a playground with a focus on food, music and nightlife. A generation of Thais borne up by the pre-1997 boom have happily joined in, rekindling the sense of sanook which had seemed on the wane.

The second section, Heart, presents a catalogue of the city's extraordinary ethnic diversity. During the violent 20th century, Bangkok offered refuge for all kinds of groups who lost out in the Great Nationalisation. Since the 1960s, the city has sucked in labour from the provinces, especially the Northeast, and from neighbouring countries, especially Myanmar.

The big story has been the rise of the Chinese. They have been a major part of the demography and dominant in the economy since the city's early years, but were culturally and politically restrained by narrow nationalism and powerful bureaucracy. Since the 1990s, driven by the community's wealth and the rise of China, they have shucked off those restraints and made their mark on everything from food to language to tastes in looks and architecture.

In parallel, the old communities in the city centre have been gradually eroded by the logic of the real estate market, the susceptibility of timber to rot, and the changes in taste, technology and lifestyle. Cornwel-Smith captures this elegantly in a description of the last few craftsmen who make monks' alms bowls in the traditional way. The brutal destruction of the Mahakan Fort community was a symbol and a turning point. Cornwel-Smith wonders aloud what "Thai" means when its physical expression is being destroyed, and what remains is being museumised by officialdom, the tourist industry and Big Retail in projects like Iconsiam.

In the final section on Face, the background theme is the struggle over the city's future, a struggle between order and chaos, between authoritarianism and the freedom to be creative. On the side of order is the middle class, which idealises Singapore as a model, the bureaucracy which wants to impose rules and the military politicians who like telling people what to do. On the side of chaos is the new generation which grew up in a globalising Bangkok and who have come to enjoy its freedoms and opportunities. On this side too is the new floating population, and most of the tourists, who told the shocked Tourist Authority through a survey that what they come for is the chaos.

In the backwash of the 1997 crisis, which temporarily loosened the grip of both big government and big business, there was an outpouring of creative energy in an "indie" movement of creative crafts, fashion design, music festivals and hipster markets. Though authority returned with a thump, the momentum of this movement has survived.

With Bangkok now so open to the world, the guardians of the national culture are worried over the city's "face". But the portrayal of Bangkok has slipped out of their control. Twenty years ago, critical novels and memoirs about Bangkok could be counted on a pair of hands. Now you could fill the wall of a bookshop. The authors include Thais writing in both Thai and English, along with foreigners from all over. As Cornwel-Smith records in great detail, the trend in film, creative arts, music and humour is much the same.

Towards the end, Cornwel-Smith waxes optimistic, raising the possibility that the projects to be completed by the city's 250th anniversary in 2032 will make the city more liveable by tapping the creative talent which he documents, and by listening to what the city's residents want. But a page later, he wonders whether by then the city will be slipping under rising sea levels from global warming.

Very Bangkok is crammed with information, but delivered like a friend in an informal chat rather than a teacher with a script. This tone invites readers to think about Bangkok but also about cities in general and especially about the new breed of Global City. Cornwel-Smith is clearly on the side of "messy urbanism". He lives here because he loves it. What comes across, and what makes this a great book, is that love.