When King Chulalongkorn commissioned Wat Niwet Thammaprawat in Ayutthaya's Bang Pa-in district in 1876, the monarch wanted his subjects to have a "special" temple to pray in and marvel at.

The fact the King wanted the temple to be designed following Gothic-Revival aesthetics was never seen as an inclination to embrace another faith.

Designed by Italian architect Joachim Grassi, the temple -- sitting proud on an island on the Chao Phraya River opposite the Bang Pa-in Royal Palace -- stands out with its stained glass windows and spires. The temple, which took two years to complete, can only be accessed through a cable car from the palace.

Though from the outside the temple looks like a church, a Buddha image sits on the Gothic altar.

Wat Niwet Thammaprawat has been bestowed the special status of aram luang or a royal temple where the annual royal kathin (or robe-giving) ceremony is held. 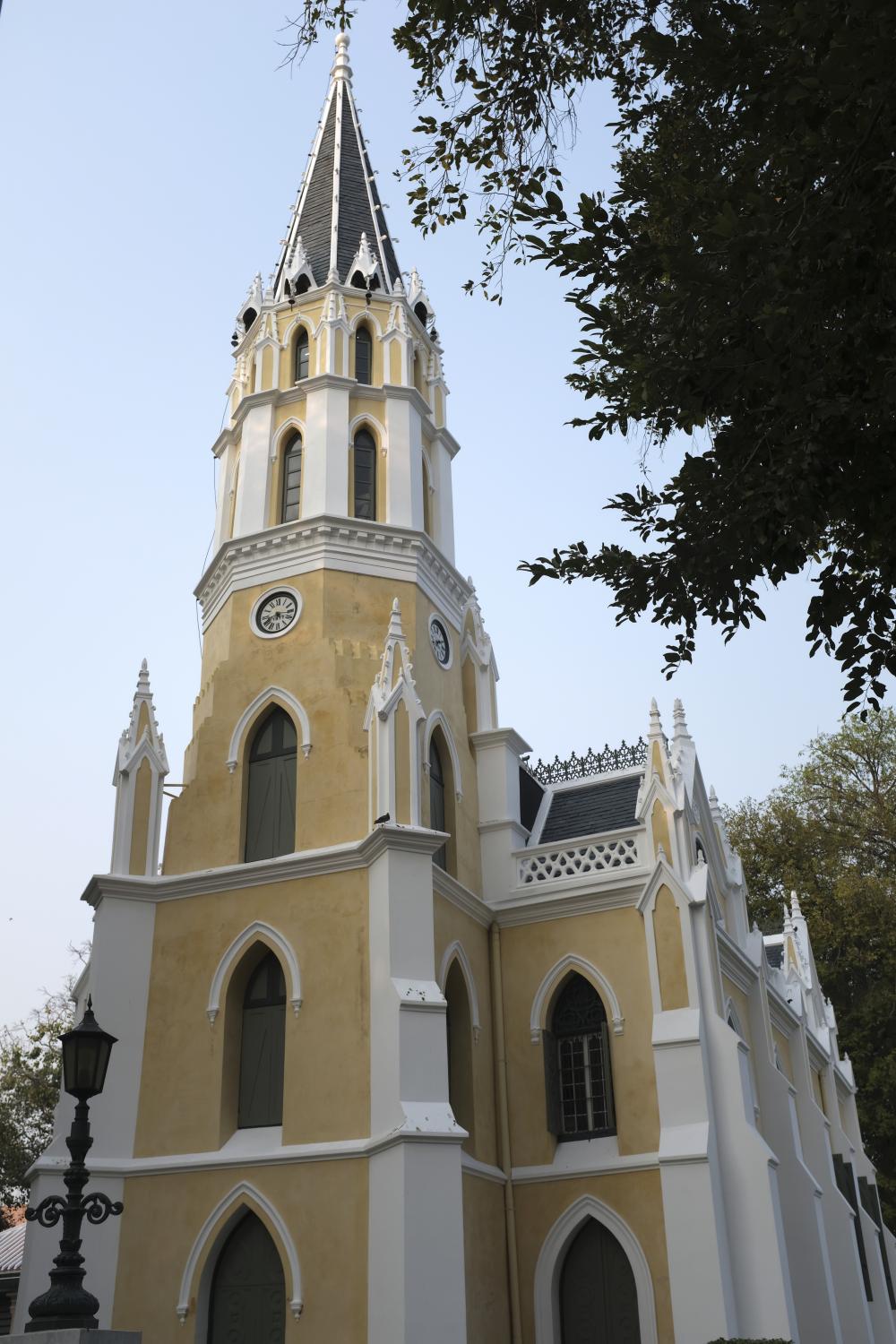 The outward appearance of Wat Niwet Thammaprawat resembles that of a Christian church. 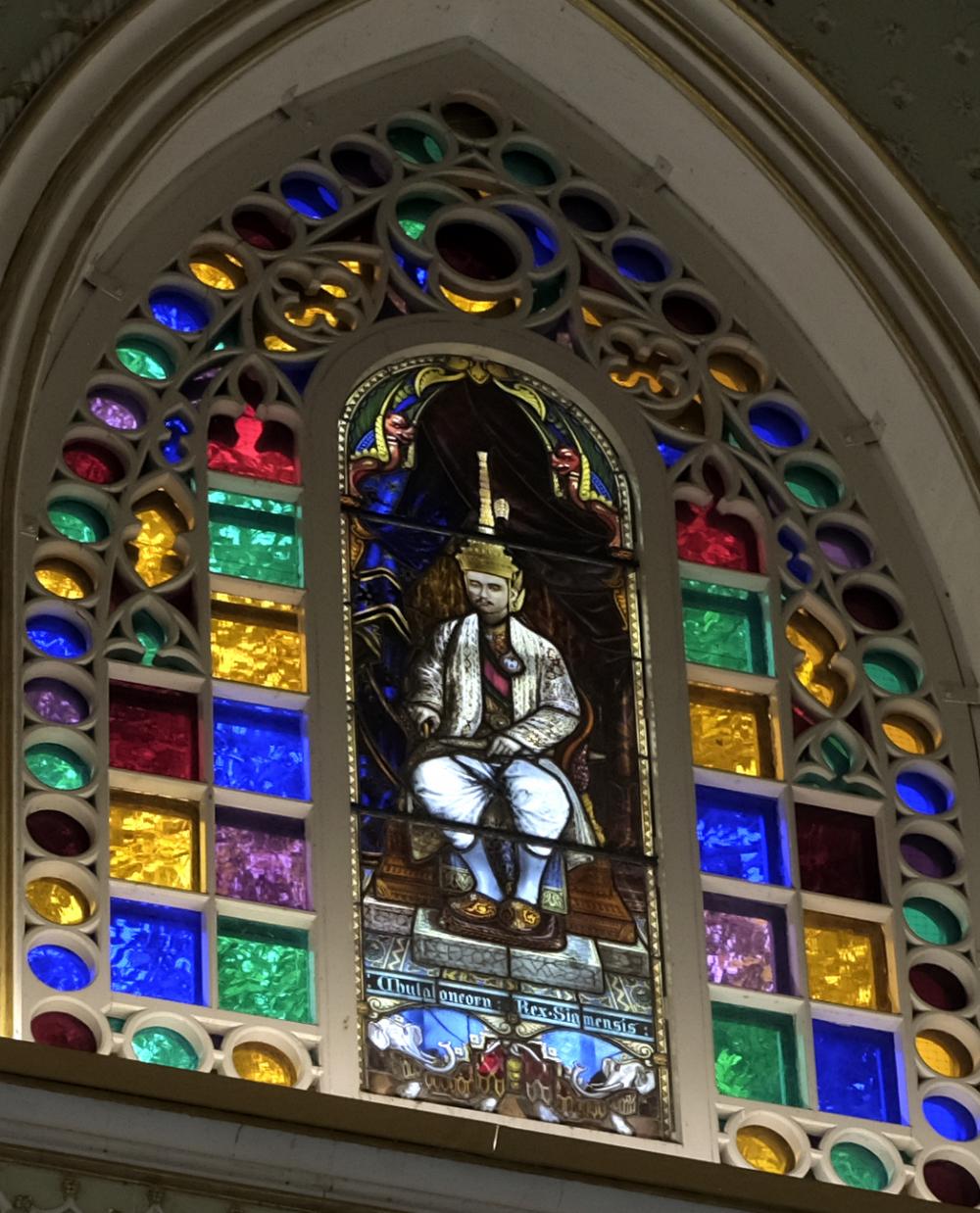 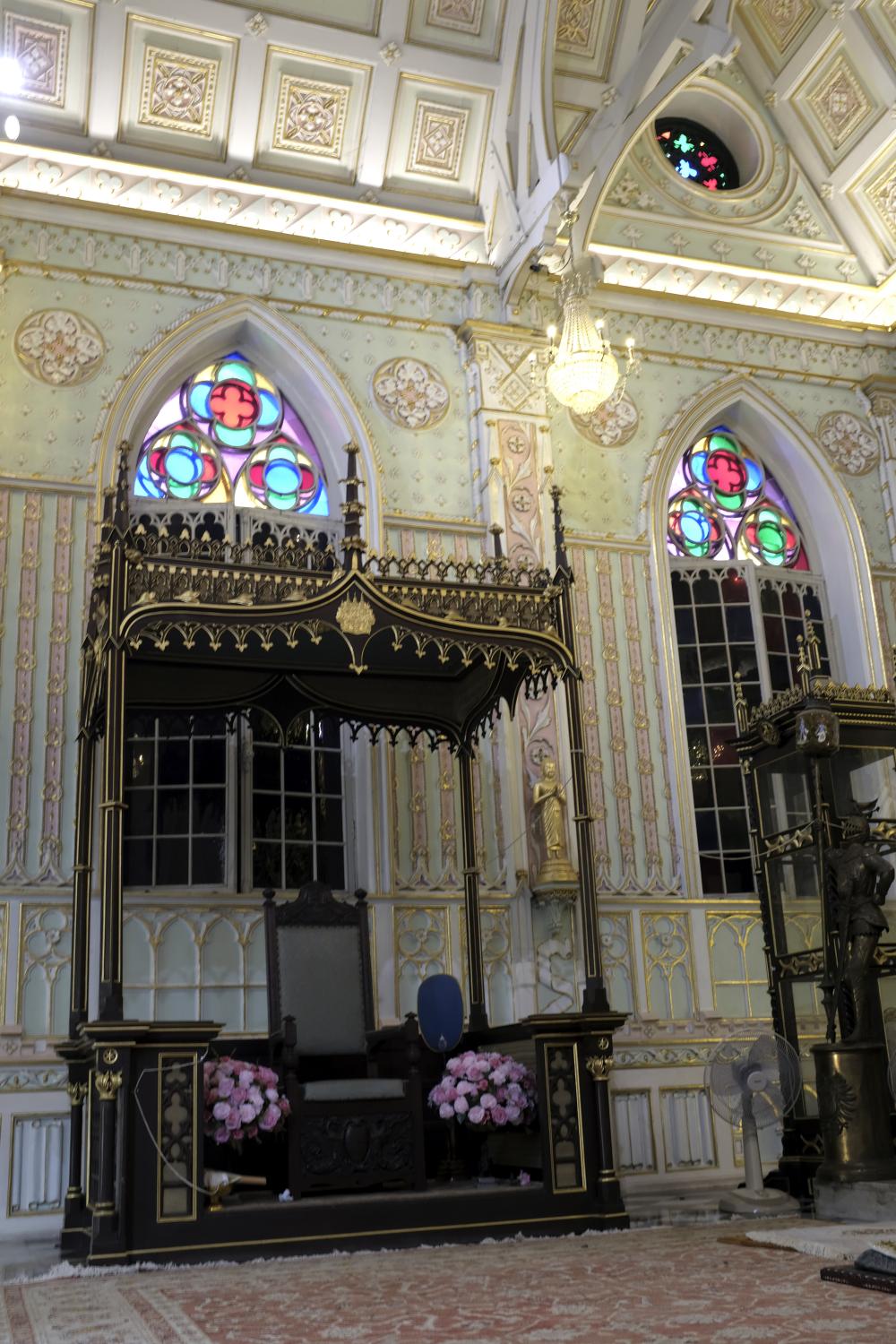 Western influence is evident in a small pavilion in the main hall. 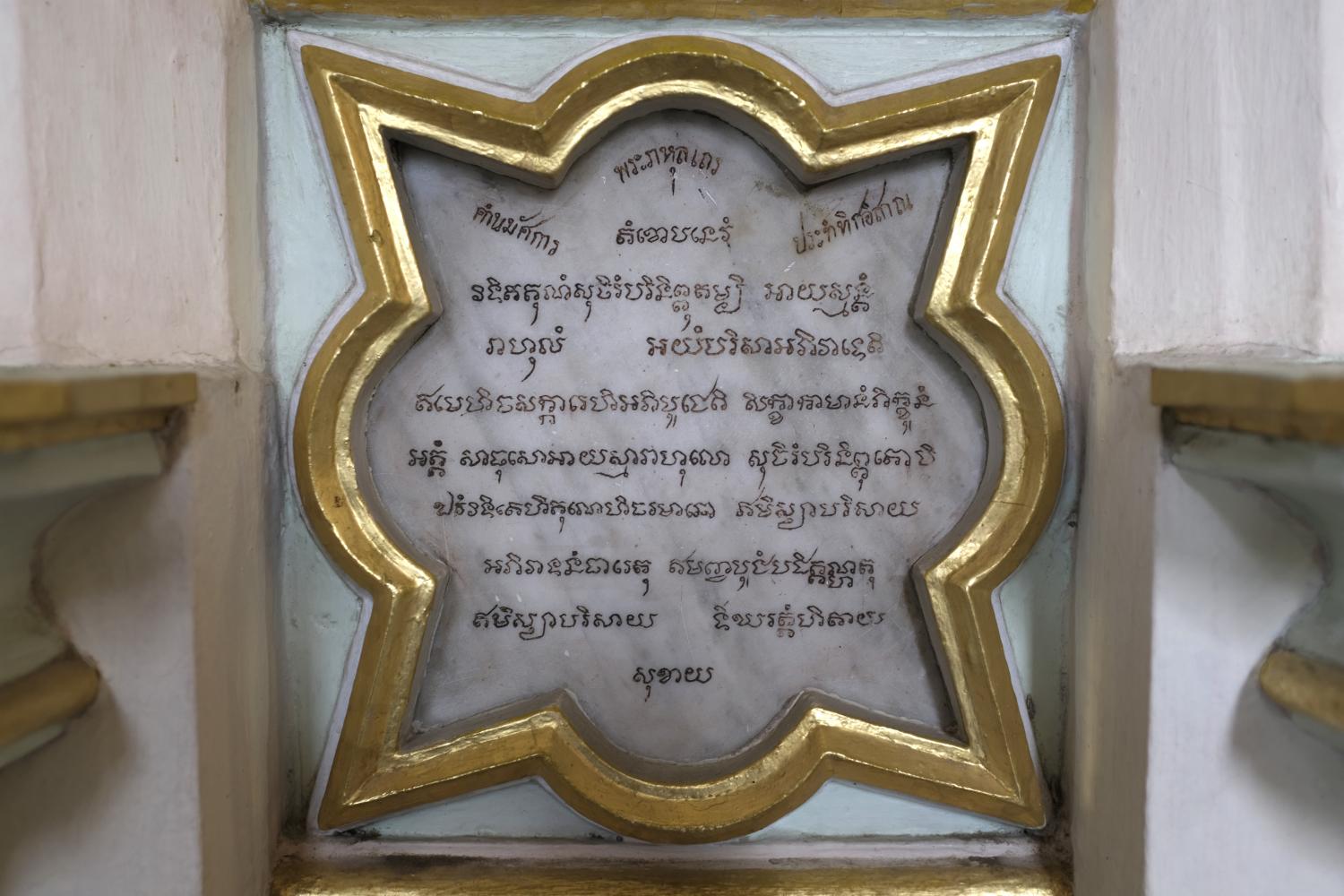 An old tablet inscribed with information about the temple's construction. 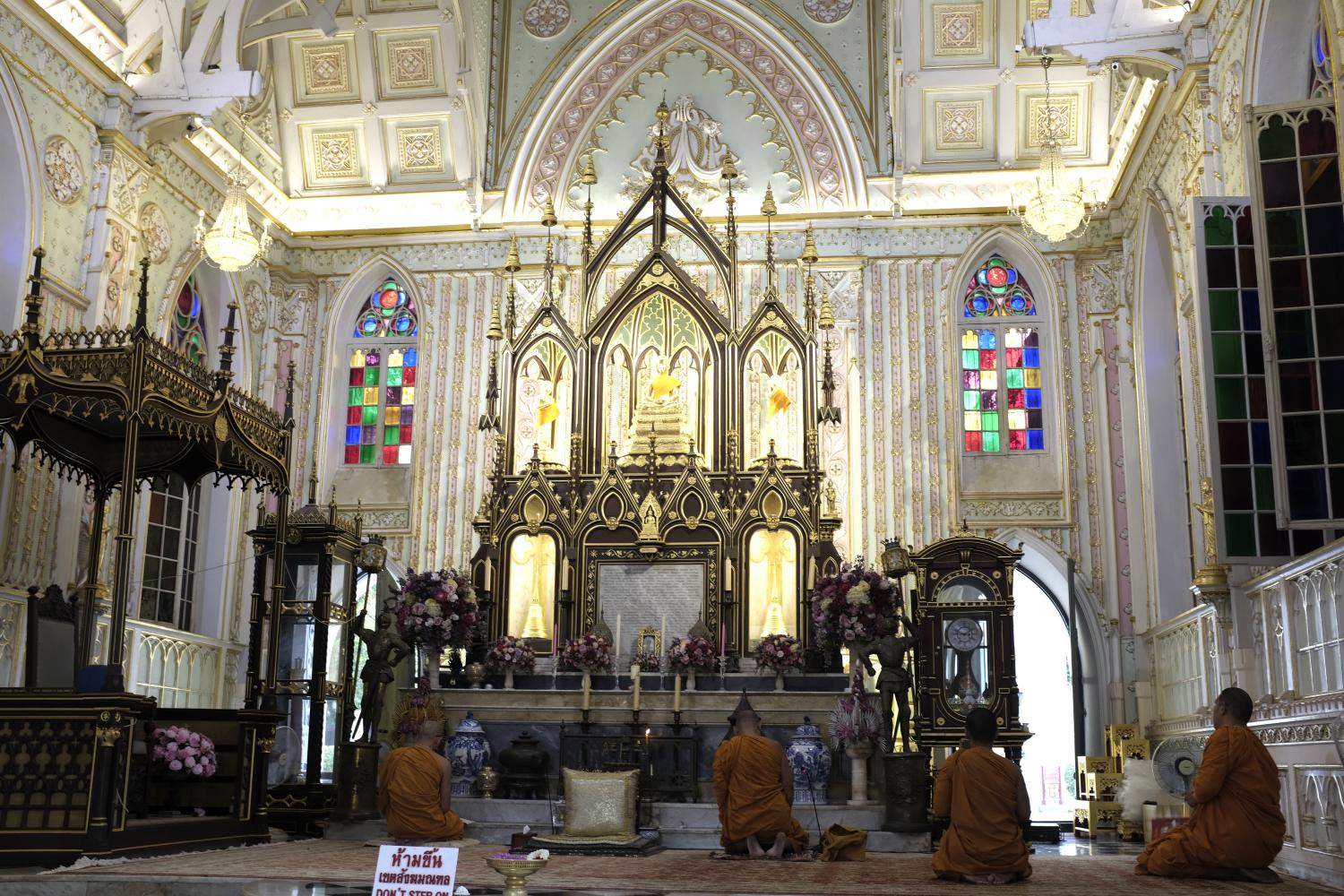 Buddhist monks pray before the principal Buddha image in the temple hall. 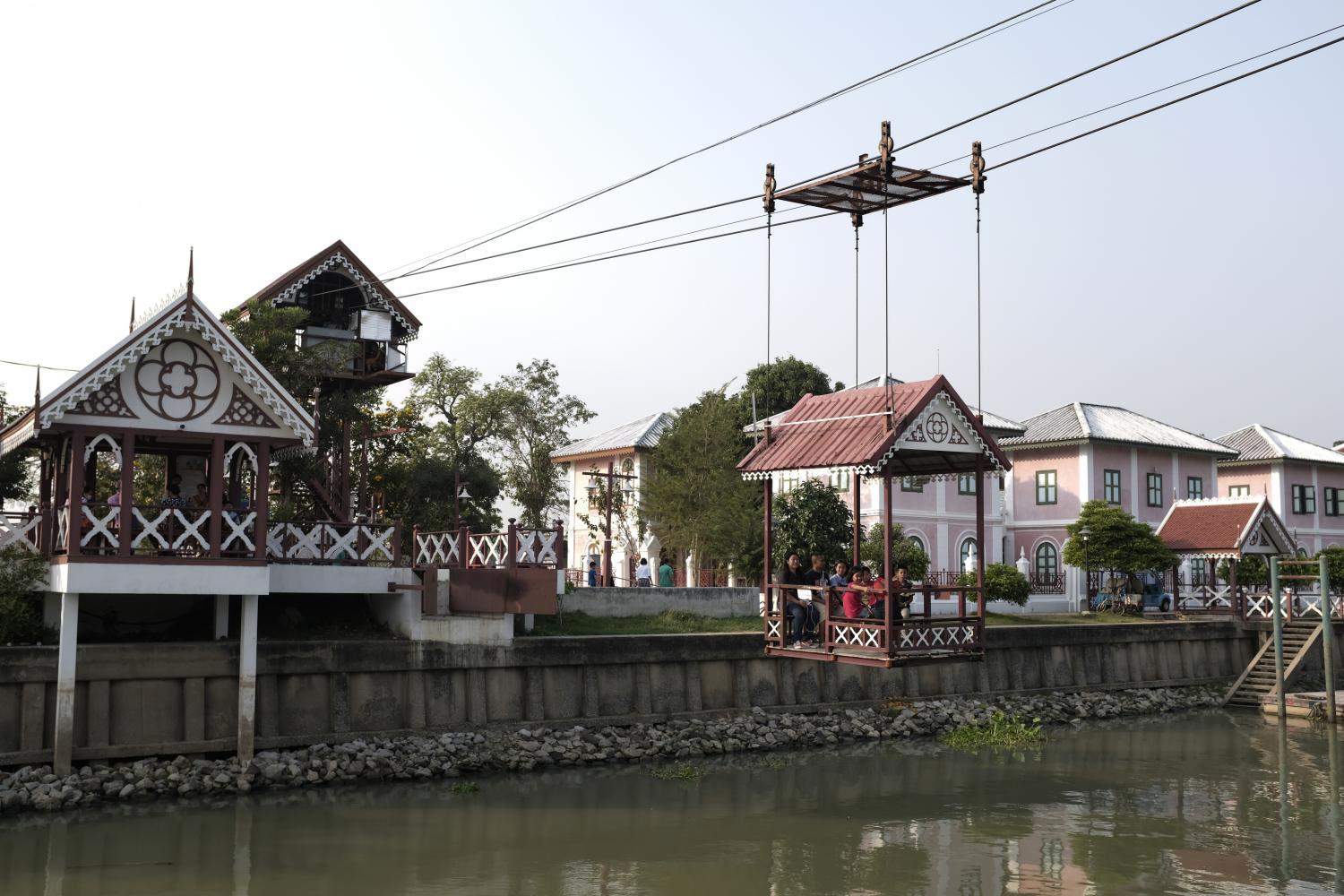 A cable car shuttles visitor back and forth between the temple and the Bang Pa-in Royal Palace.