The ceramic exhibition, which is a collaboration between friends, will run from today until April 10 at the La Lanta Fine Art gallery.

"Indigo Monsters" began in October 2010 when the three artists first met in the capital city of blue and white porcelain, Jingdezhen, China. Here, they worked collaboratively to celebrate their shared passion for porcelain and the colours white and blue.

It has been eight years since the first "Indigo Monsters" project debuted at the La Lanta Fine Art gallery in Bangkok. As the name suggests, the artists chose monsters as their subject due to the strong traditional and local connotations, as well as a powerful global contemporary resonance.

The colour indigo is obligatory in this collaborative exhibition.

Unlike its previous edition in 2012 where watercolour and ink on paper was used, the three artists will showcase their monsters in the form of porcelain with native clay from Australia, Japan, and the Netherlands respectively in the 2020 edition. 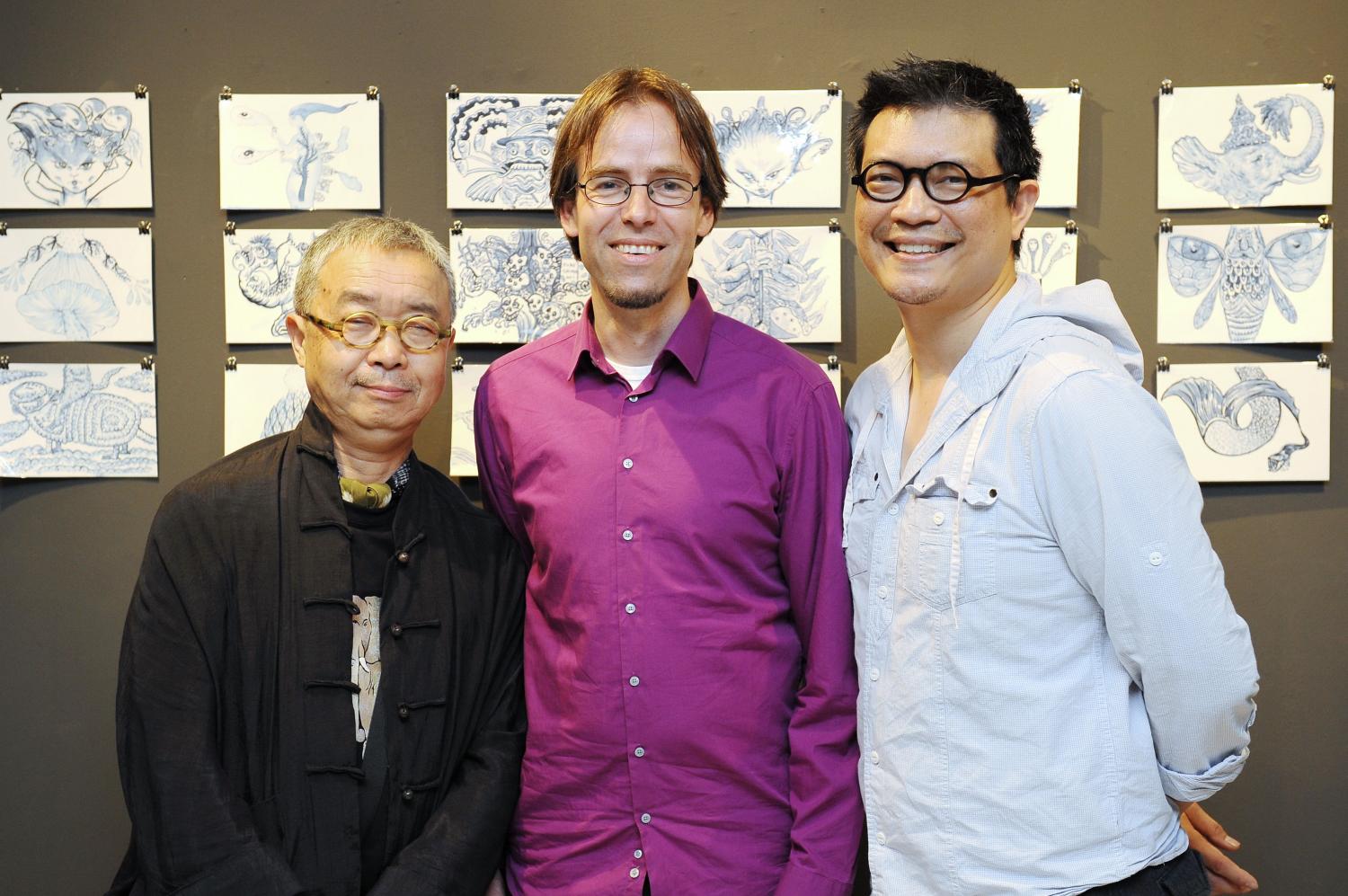 By revitalising the historical ties that connect Holland with both Japan and Thailand, the artists investigate different ways to trade ideas between the three cultures. In this sense "Indigo Monsters Return" is a response to the seismic power shift taking place, from the west to the east.

It is also a model for how artists can address the economic, cultural and environmental monsters to which this shift is giving birth.

Let's now get to know each artist better.

The youngest in the group is Pepijn. Born in 1970 in Waddinxveen, the Netherlands, Pepjin focused on painting and illustration at the start of his career.

Around 2002, Pepijn came into contact with ceramics. Today, he works exclusively in these various disciplines with an emphasis on craftsmanship and detail.

Pepijn's works combine different influences. His imagery is often compared with that of comic strips and is humorous with a deeper meaning rooted in history or historical stories.

Melbourne-based artist Vipoo Srivilasa was born in Bangkok in 1969. Vipoo works mostly in ceramics and explores the inherent commonalities between the cultures of his native homeland -- Thailand -- and his adoptive home of Australia.

His works are theatrical, flamboyant, humorous and always enriched with an inherent search for beauty. Many of his themes draw on his bicultural encounters.

Born 1947 in Isesaki, Japan, Shin entered the workforce as a textile designer, a fifth generation member of his family's weaving business.

He has worked across various media, including printmaking, ceramics and acrylics. Shin deals with contemporary themes while drawing on traditional Japanese iconography and methodologies.

He is now based out of Chiang Mai, Thailand.