Although Bangkok is not a musical theatre town the way New York City and London are, the appetite for musicals here is not small.

We occasionally get a touring production of a famous Broadway musical, most recently The Lion King. We have local companies and artists writing original musicals, adapting Thai novels into musicals and translating beloved Broadway and West End productions into Thai. Not to mention the fact that we have traditional musical theatre forms of our own that are being performed regularly by folk and classical artists and that are being revisited, revived and reinvented by contemporary artists.

The ecosystem for Western musical theatre in Thailand is growing, and quality is improving. But it's undeniable that opportunities for actors, writers and composers who want to focus on this type of musical theatre remain limited. These days, more young Thai artists hungry for a challenge and career in the performing arts are going to North America and Europe not only to further their education, but also to brave the highly competitive theatre world in New York and London.

Tidtaya Sinutoke is one of them. She is currently the only Thai musical theatre composer working and living in the US. The NYC-based artist did her undergraduate degree in music at Berklee College of Music in Boston and her master's in musical theatre writing at New York University Tisch School of the Arts. She frequently collaborates with Ty Defoe, an Ojibwe and Oneida writer and multidisciplinary artist. Their works have received grants, awards and presentations at festivals across the US. 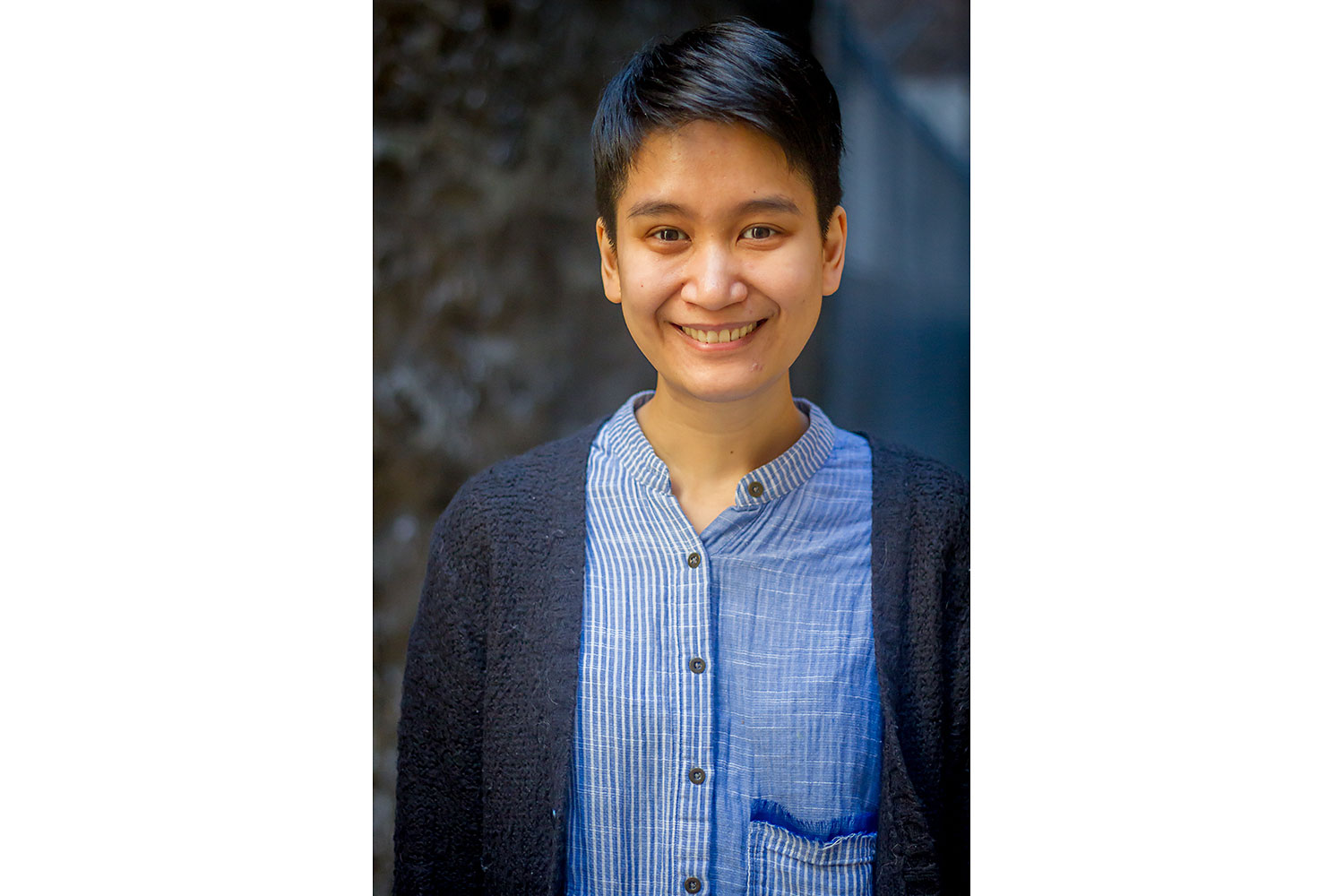 Most recently, Tidtaya teamed up with Filipino-American writer and performer Isabella Dawis for Half The Sky, a musical about a Thai-American woman on her quest to summit Mount Everest. In 2018, the project became one of the four inaugural First Draft Commissions of the 5th Avenue Theatre's First Draft: Raise Your Voice Story Summit, awarded to women, gender non-binary and gender non-conforming writers. The musical has since gone through development at several festivals. Early this month, Half The Sky staged concert readings for the Weston-Ghostlight New Musical Award, directed by Nana Dakin, an NYC-based Thai-American director. As part of the award, the artists also recorded a demo with Ghostlight Records and Grammy Award–winning producer Kurt Deutsch. In August, Half The Sky will hold another concert at Joe's Pub at the famed Public Theatre in New York City.

Through an email interview, Tidtaya and Isabella discuss their musical, being artists of Asian descent in American theatre and coping with Covid-19 in the Big Apple.

Isabella, you wrote the book and lyrics of Half The Sky, could you tell us how you came up with the idea? 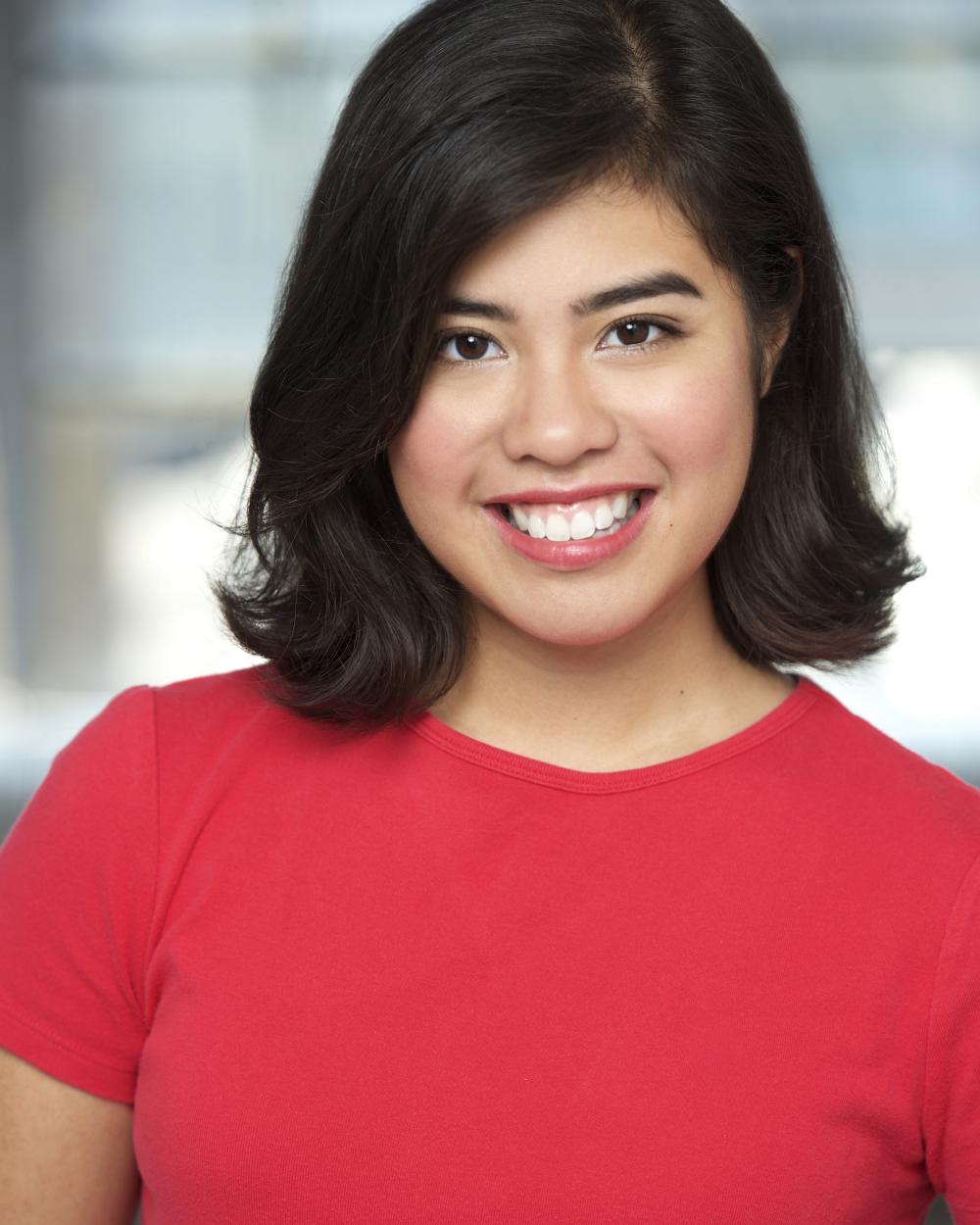 Isabella: Tidtaya actually approached me with the concept for Half The Sky, a sister story about an Asian-American woman climbing Mount Everest. She'd harboured a fascination with Everest since college. The story is fictional but inspired by many true events, including the phenomenon of family members climbing to honour loved ones they've lost on the mountain. I was immediately drawn to the idea because it turned the traditional Everest narrative on its head -- instead of a white male coloniser, this protagonist was an Asian-American woman. She was caught between two worlds: earth and sky, Asia and America, life and death. I liked the mass appeal of the action/adventure aspect. And I also felt this could be an opportunity to reclaim the Asian narrative in American musical theatre, which tends to exoticise and dehumanise Asian characters. Our main character is also experiencing Asia as a foreigner. As an Asian-American, she has a different, more complex relationship to the place and people.

Tidtaya, could you tell us about composing for this musical?

Tidtaya: There are so many sounds in this piece: the sound of the mountain, the sound of each mountaineer, the sound of the protagonist's 'home' and the sound of America. In a way, it's a challenge to differentiate each theme/instrumentation, but I think I've learned more from writing Half The Sky than I've ever learned from writing other projects. I often tell people that I am very grateful to get to compose the piece. There aren't many Thai theatre artists in America. Oftentimes, even when you collaborate with your librettist, the portrayal of Asian people in the script is often inaccurate and very offensive. For the first time in my writing career, I get to be a part of a musical that features a Thai-American character who isn't perfect in any way, but is whole and not a [stereotypical] Asian character.

Which artist(s) has the biggest influence on how you write and compose?

Isabella: My dream is to create a work which uses story, song and dance in complete harmony. For Half The Sky, I gathered inspiration from many different spheres. We listened to Nepali and Sherpa pop music: there's a terrific band, Night, which infuses traditional Nepali music into a kind of rock/folk. We wanted much of the score to have a folk quality, so I listened to a lot of folk music, even Bob Dylan, to get a sense of successful folk lyrics. I listened to Seattle grunge, because the protagonist is from Seattle. I read Tibetan poetry. To be honest, we're really trying something new. There's no template. We don't have a lot of models to follow!

Tidtaya: Someone said to me that to be a good theatre composer, you need to be able to adopt as many styles as you could for each story, like a shape-shifter, so each project will have a different influence/artist on the sound of the piece. In a way, it's treated as a research. Therefore, my artistic influence also shifts every time I write a new piece.

What is it like to work as young musical theatre artists of colour in the US? 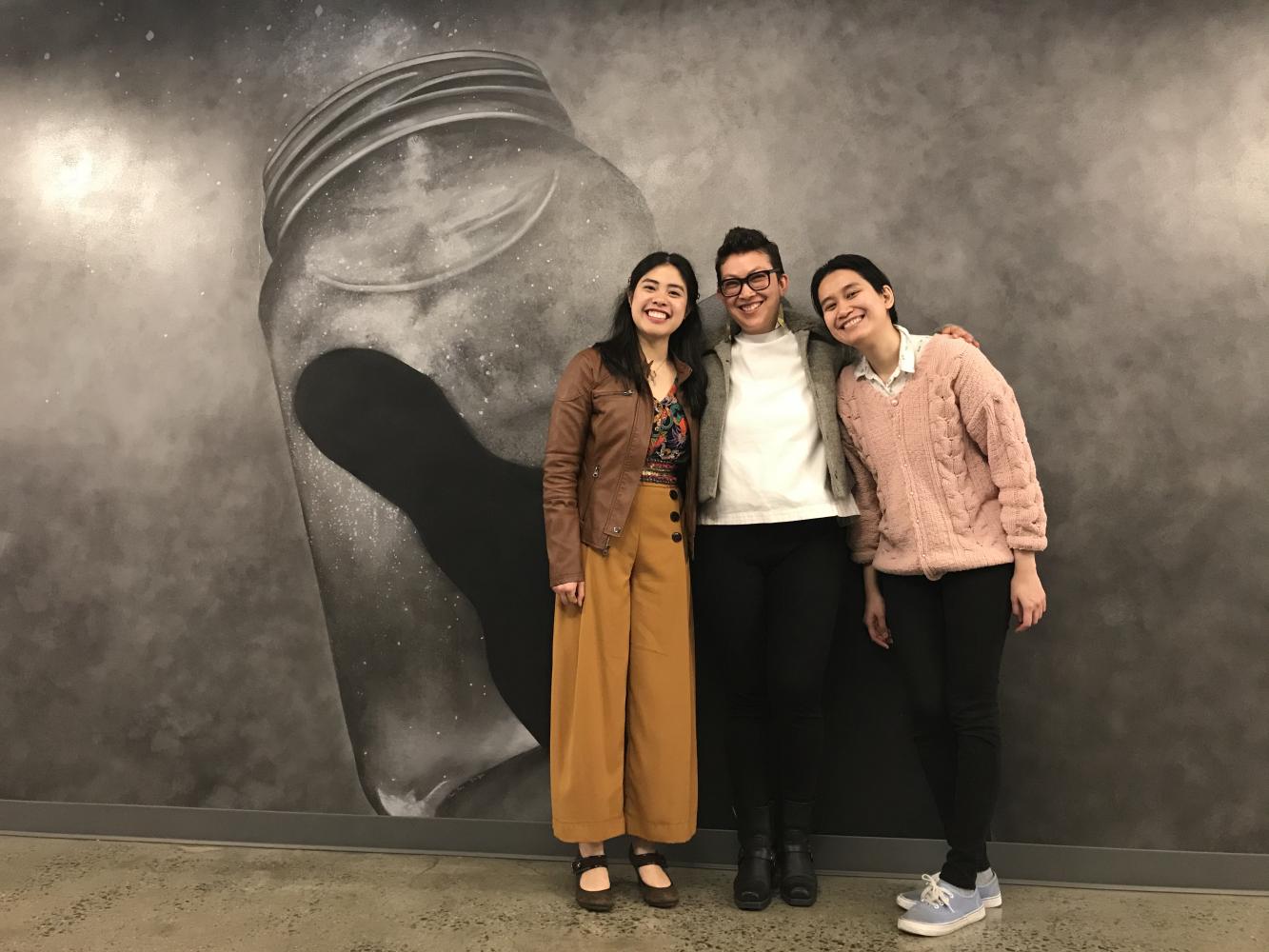 Tidtaya and Isabella with Nana Dakin, centre, who directed the concert reading of Half The Sky at Weston-Ghostlight New Musical Award. (Photo: Francesca Dawis)

Tidtaya: It has been a lonely career as the only Thai musical theatre composer in America and, so far, being the first Thai composer to do many things in America's theatre community. In a way, it [attracts] some attention, but I wish I could have had a mentor to guide me during my early years. I'm currently a board member of the Thai Theatre Foundation and through the foundation I get to meet more Thai theatre artists in America. But maybe because I didn't have a role model, I love writing shows with characters that you normally don't see in musicals or characters normally perceived as the supporting roles as the lead.

Isabella: I often say I feel fortunate to be working in American theatre at this moment. Previous generations of Asian artists have paved the way for Tidtaya and me to contribute. American theatre is still very centred around the white experience, but I think that our generation has the power to change that […] It's very heartening that our work is already generating such enthusiasm from performers, audiences and theatre professionals. When an actor says that we're giving them the chance to play the type of role they're normally denied -- or when an audience member says they're still humming one of our songs -- that means a lot.

How are you coping with the Covid-19 crisis as artists living in New York City?

Tidtaya: I'm one of the lucky ones who didn't lose my job during this crisis. There are so many shows that either have been cancelled or postponed and many people lost their income from their theatre gigs. On the positive side, people are now communicating through online communities, trying to help each other out and oftentimes, reconnecting with friends whom we haven't spoken to for a period of time.