It has been two months since live music fans haven't been able to enjoy their favourite activity. So when leading singer-songwriter Apiwat "Stamp" Ueathavornsuk asked his fans to celebrate his 38th birthday with him at a virtual concert titled "Stamp Abb Doo Birthday Live (Stamp Peeking Birthday Live)" last week, they did not think twice and jumped at the opportunity.

The concert, which was held via Zoom, sold out with 1,000 tickets bought in only 15 minutes.

The two-hour concert was highly entertaining. Despite certain technical errors such as inefficient microphones, out-of-sync audio and video, and a few seconds of frozen screens and black screens, the audience still enjoyed their happiest moment given Apiwat is always a great entertainer. Everyone knew what we could expect from him. His top-quality singing, funny skits and friendly interaction with fans was a comfort to everyone who missed his live performances dearly. 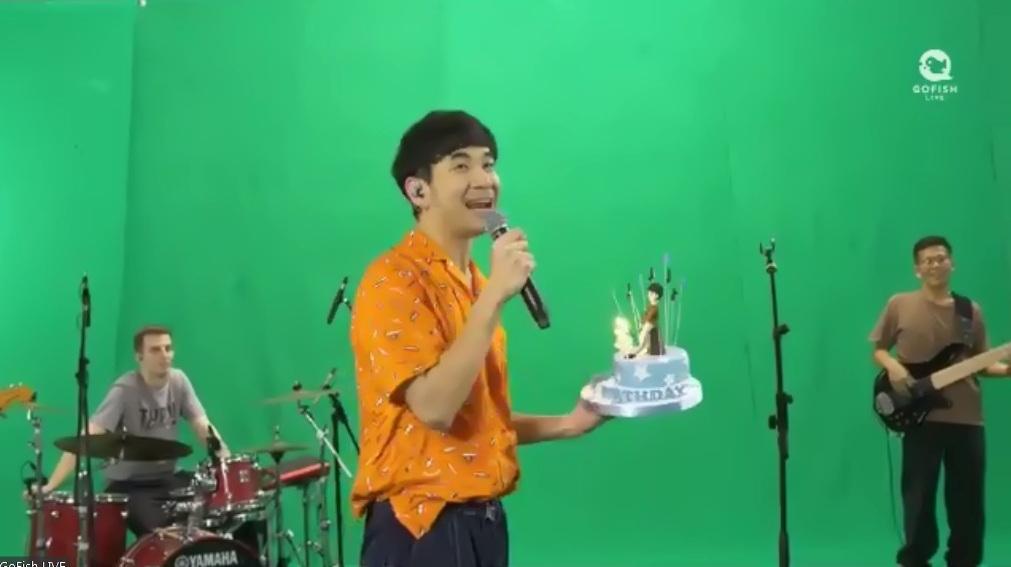 Apiwat opened the show with his three hits Ohm Jong Ngoei, Animation and 1%. While greeting his fans, he noticed staff from other music labels including LoveIs, Small Room and What the Duck in attendance as people in the music industry also wanted to be a part of this new normal.

The charismatic singer said those who joined this virtual show must be his die-hard fans because they didn't hesitate to purchase the tickets. He then decided to perform some B-side songs that have been fan favourites such as 20,000, Ice Princess and Rak Kradod Kamphaeng (Love Goes Over The Wall). 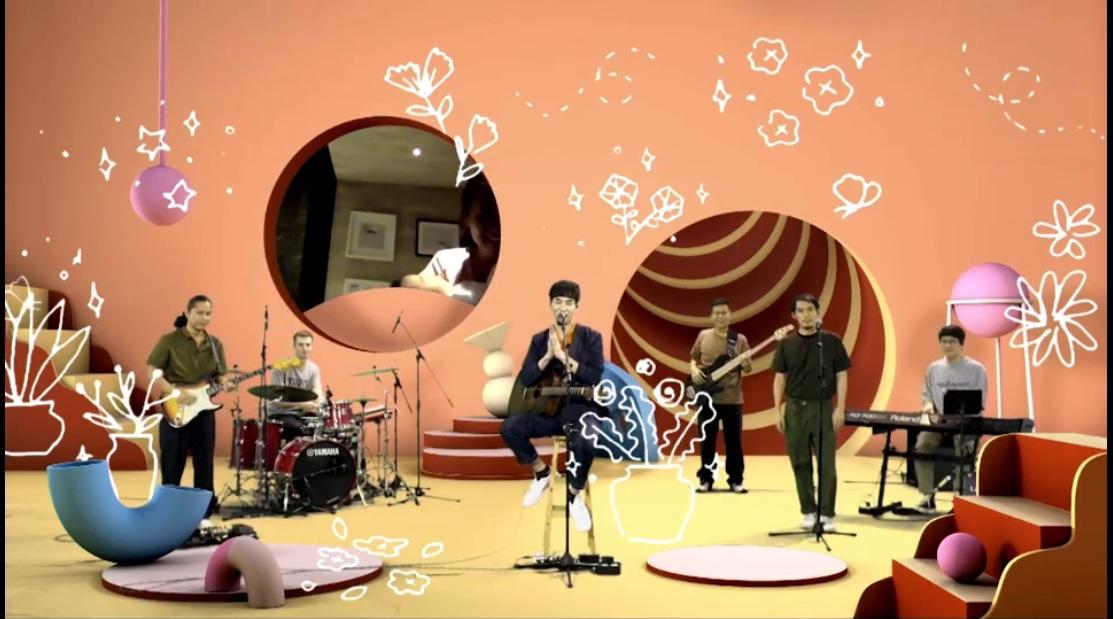 An illustrator did live drawings during the show. (Photos 123records)

Whether it was chart-toppers or B-sides, his singing was beautiful and meaningful with catchy melodies. The best performance of the night was his English language track The Devil, an intense, emotional and addictive song that just gets stuck in your head.

In addition to his captivating performances, a round of applause should go to the production team as well. Apiwat and the band performed with a green screen where special effects played a major role. 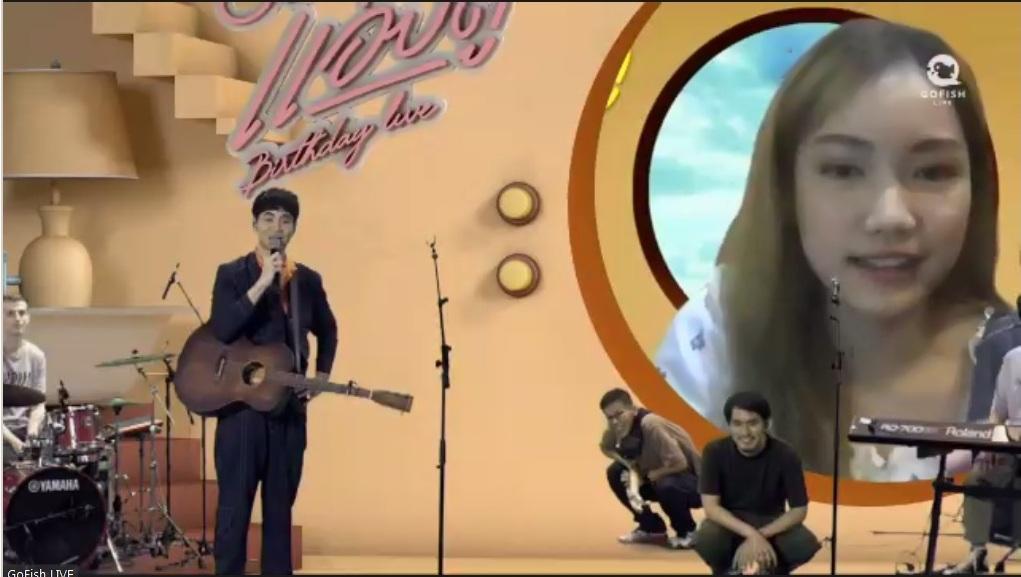 Apiwat interacts with one of his fans. (123records)

The background of the stage changed to suit each song. For example, during Butterfly, an illustrator did live drawings of butterflies flying around the studio and sketches of flowers and plants were also drawn to create an adorable atmosphere. While performing Love Goes Over The Wall, the singer and the band stood on a river and a sun and clouds were behind them. Many of the special effects were impressive and this is a viable alternative for making a great concert production.

Screaming fans singing-along, light shows to support the artist, and interaction between the audience and performer makes every concert energetic. Apiwat's concert had them all but in different ways. There was a live chat to express how the fans felt, and they wrote "scream" whenever they felt satisfied. The live chat also helped when there were technical errors such as a frozen screen or a black screen.

When others complained about the errors, we didn't feel left out. We realised that we weren't the only ones who were encountering the problems. Apiwat let the fans sing with him, though for some reason, he couldn't hear their voices clearly but he could see their reactions.

Apiwat and his band say goodbye to the fans. (123records)

He has always been great at creating a bond with the fans and he spent time talking with some of them one on one. It was amazing to see a mother who held a baby in her arm saying hi to him. Another fan showed him a "Happy Birthday" message from her phone and there were moments where he tried to take a selfie with fans who were more than happy to do so. For the setlist, Apiwat prepared 15 songs for his two-hour show but when a fan asked him to sing Ror Fang Kham Nun (Waiting To Hear That Word), he was willing to please and immediately sang it to her. Before the finale, Apiwat left the studio to change his outfit. He pretended to be surprised when returning to see a birthday cake and everyone sang Happy Birthday. Despite the acting, we could see the genuine happiness through his eyes and a big smile. The show ended with an encore, Peng Thee Nan Ma Laew Mai Dai Fang (The Song That I Haven't Listen To For A Long Time).

While virtual shows won't be able to replace real concerts, they are still a great alternative. With great feedback from fans, surely there will be more online concerts to come.