How can the Kingdom best sustain live theatre? These and other issues are addressed in an exclusive interview with the Thai Theatre Foundation's executive director, Raksak Kongseng

How do you prove to the government you're a theatre artist? When large gatherings are banned and theatres are closed and your work deemed non-essential, how does that affect your income ? Or does it? Are you eligible for the government relief fund Rao Mai Ting Kan then? Is theatre-making a job in Thailand to begin with? 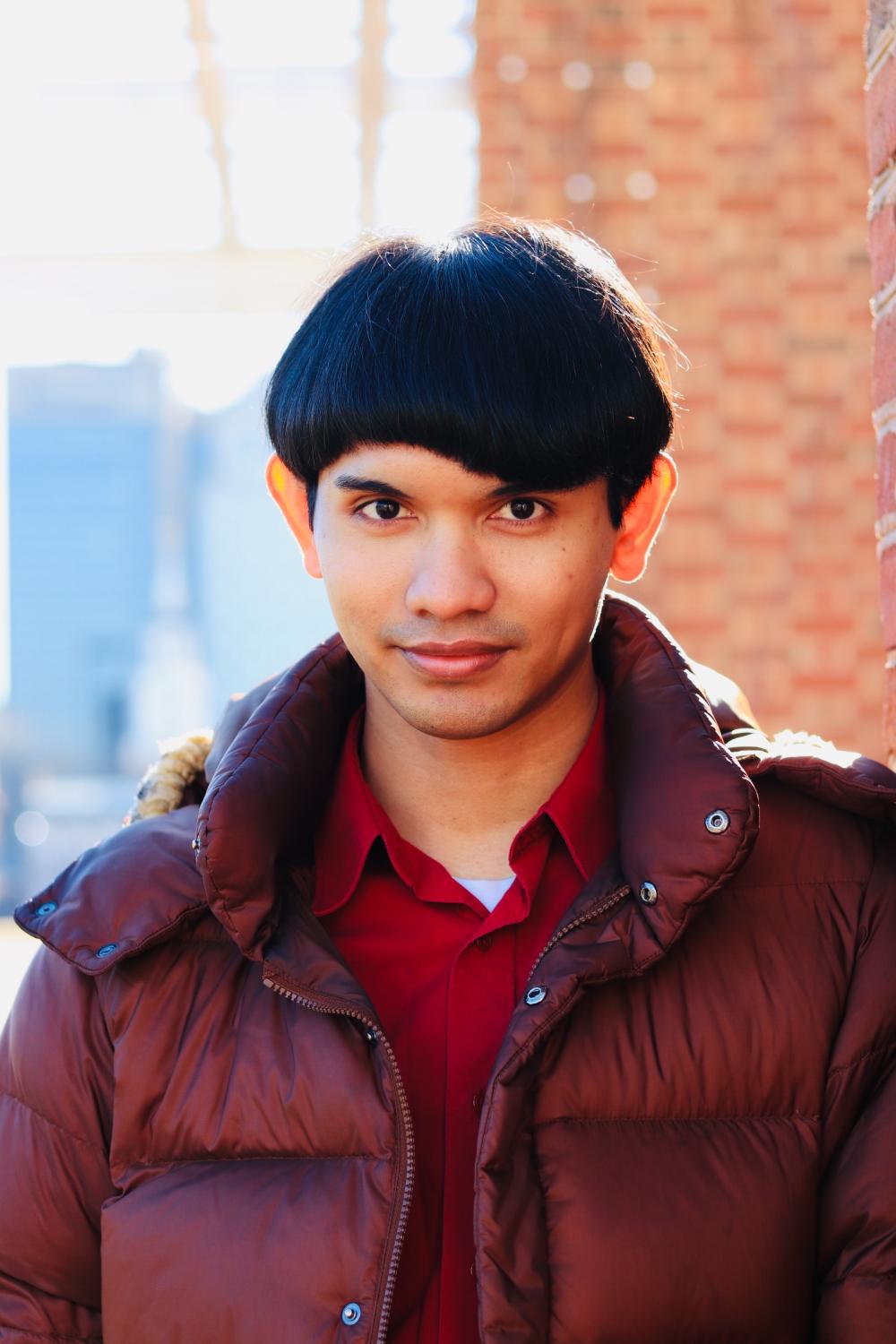 The current global health crisis and unprecedented measures by governments across the world have forced both artists and the government to face many complicated questions, especially in an artistic field as underdeveloped as contemporary theatre in Thailand. The Ministry of Culture didn't neglect people in the arts, however, and reached out to artists within their network to assess their needs and help them access government funding. Folk and traditional artists saw their gigs cancelled and found themselves suddenly without any income. The likay artists were especially vocal and started calling for government help just days after the lockdown began in March. In early May, the government announced that artists, namely folk artists, qualified for the relief fund.

But perhaps due to lack of engagement between contemporary theatre artists and the government, this group of artists were originally left out, even though the ministry's Office of Contemporary Art and Culture (OCAC) has been honouring contemporary artists across disciplines for over a decade and has had a relationship with the Bangkok Theatre Network (BTN), which founded and runs the Bangkok Theatre Festival.

Meanwhile, the Thai Theatre Foundation (TTF), a service organisation founded in 2018 that operates in Thailand and the US, sent out a survey to 210 theatre artists, educators and administrators throughout Thailand (180 of whom responded) to assess the effects of Covid-19 on the sector and determine their immediate and long-term needs. There is no official count of contemporary theatre artists in the workforce in Thailand. The actual population size of theatre practitioners is also still unknown to the foundation, which is in the process of studying this. The TTF also sent the OCAC short-term (for May) and long-term (for June–December) recommendations on how to help contemporary theatre artists cope during the crisis.

Seeing that many contemporary theatre artists have been left out of Rao Mai Ting Kan, the foundation launched a petition (signed by 215 people) calling the Ministry of Culture for support. The ministry promptly responded, and contemporary theatre artists who had not received other types of government relief funds had four days (May 4-7) to apply for the fund. The TTF has not had any concrete conversations with the government about the community's long-term needs.

Life spoke with the foundation's New York­–based Executive Director Raksak Kongseng about the problems faced by contemporary theatre artists in Thailand during this crisis, what can be done to help them, and some difficult questions that need to be tackled to move forward. 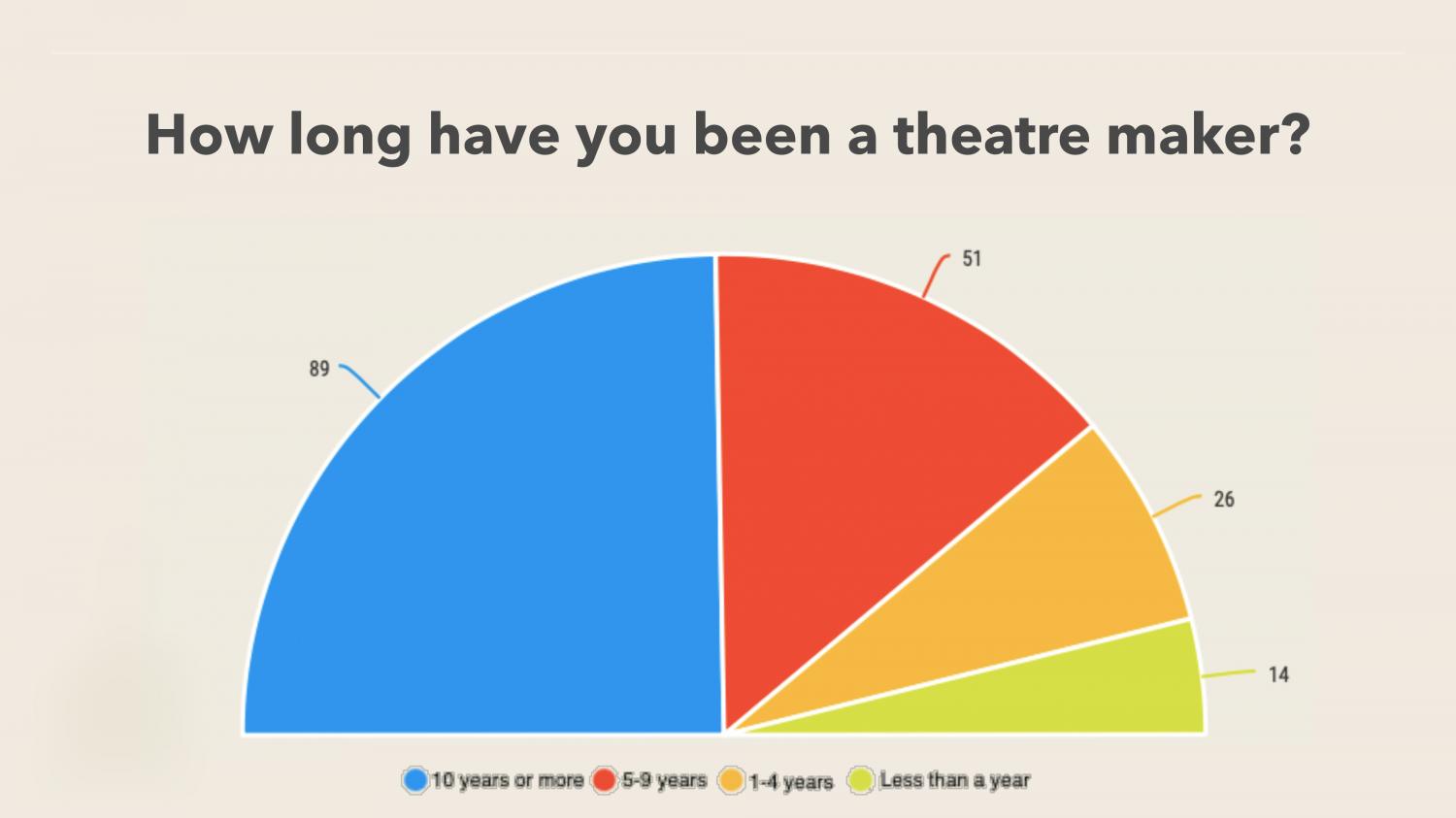 How did you define 'contemporary theatre artists' for the survey?

What's unique about contemporary art is that its definition evolves through time and varies from place to place. So with our core values in mind, which are equity, diversity and inclusion, we define contemporary theatre in the broadest sense possible. We have partnered with 72 organisations so far, some of which are actually khon- or likay-based theatre companies. But their works are contemporary in either form or content […] [The survey] confirmed what we knew: Thai theatre artists don't have theatre as the main source of income. A lot of our artists moonlight to make money because you can't yet make a living off theatre in Thailand. In the view of the TTF, we define artists as people who do art. So if you did at least one production in 2019 and 2020, we counted you in the survey.

How are the problems faced by contemporary theatre artists in Thailand different from other types of artists?

[In] Thailand, for the most part, artists of all disciplines face the same challenges: lack of funding, infrastructure and legal system that are conducive to art-making. What's challenging particularly to Thai theatre folks right now, though, is that our art form is live, so it's not like online platforms could substitute for that. Dreambox Theatre carried out a poll to see when audiences would be comfortable and confident to return to see a show. Fifty percent said that they wouldn't come back until at least two to five months after the curve has flattened. So when the TTF did a webinar on what's after Covid-19, a lot of people in that webinar agreed that we're looking at reopening again next year. [This] poses a really huge threat to the vitality of our contemporary theatre community. Other issues arise as well when we consider the option of producing digital theatre and showing past works online. We're talking about creating a new art form. So we're still in the test-and-try-and-fail-and-learn phase […] Other issues that we're talking about when putting things online are copyright and compensation issues. Historically, we have a big compensation issue in the field. As much as we want to turn a blind eye to it, I think we have to acknowledge that our artists are not compensated fairly. From the research that we've done, our business model in Thailand is we gather as a group, we pitch in, and we share profits or losses. And then most of the time, we share losses instead of profits, which makes sense, but "makes sense" doesn't mean that it's good. So now that we're considering putting things online, how do we deal with copyright issues? Say we put past works online for a fee -- how do we compensate the people in the production?

Based on the survey and conversations you had with Thai theatre artists, what do you feel is most urgent for them now and in the long term?

So, short-term needs first. Artists need to have access to relief funds, and that's where the TTF stepped in to work with the Ministry of Culture. Short term as well, we have to experiment and explore possibilities to generate new revenue streams. Surprisingly, in March, before everything shut down, there were two productions left that we monitored closely […] Even back in March, people were still coming out to see shows. In the next two to five months, I wouldn't say that people would be so scared that they don't come out at all. I believe there'd still be some who come out to see shows, but not as many. And that's a threat to earning revenue. We have to find a way to make more revenue. For long term, this situation really shows that we need infrastructure that's conducive to theatre-making so that we're self-sufficient and not asking for support all the time. Because if we can stand on our own two feet, it's much better for everybody -- for the government, for us. How has this crisis shed light on the relationship between artists and the Ministry of Culture?

So many things. When the Ministry of Culture and the OCAC sent out the letter, they didn't even know who the artists are. Even in the news, the director general of the ministry actually said, because the ministry had never done a survey of who the artists are before, a lot of people are left out. So that says a lot. You're the Ministry of Culture, you're the OCAC, [and] you don't know who you're serving. I don't expect you to have a complete directory […] of people who identify as artists. But at least you should know. And in the reach out, they left out the entire contemporary theatre sector.

How has this crisis shed light on the performing arts community in Thailand?

In a good way. It shows that we're really resilient. I'm glad to see that people are really flexible and adaptive, so that's revealing and that's great. But it's sad to see the lack of relationship between the government and civil society. That's where the TTF hopes to fill in the gap: the lack of understanding from the government, which we hope to work on with them. The lack of infrastructure, this is obvious.

Apart from this petition, what's the next step for the TTF?

The American Repertory Theater has been working with the Harvard School of Public Health to come up with a reopening plan for theatres. The TTF is waiting for the report to be published. We plan to study it, adapt to the Thai context, and issue recommendations to the field, like what we did before everything got shut down […] There's a debate not only in Thailand, but around the world, whether or not theatre is essential. We have to be realistic about how essential we think we are. If we're going to compete with rice, water and electricity, we surely will lose. The arts may not be essential for physiological needs, but they are definitely essential for psychological needs. And psychological needs are no less important to our well-being than physiological ones. Imagine staying in quarantine without music, movies, books -- or in my case, theatre shows online. I'm not sure how long I will last before I go insane. 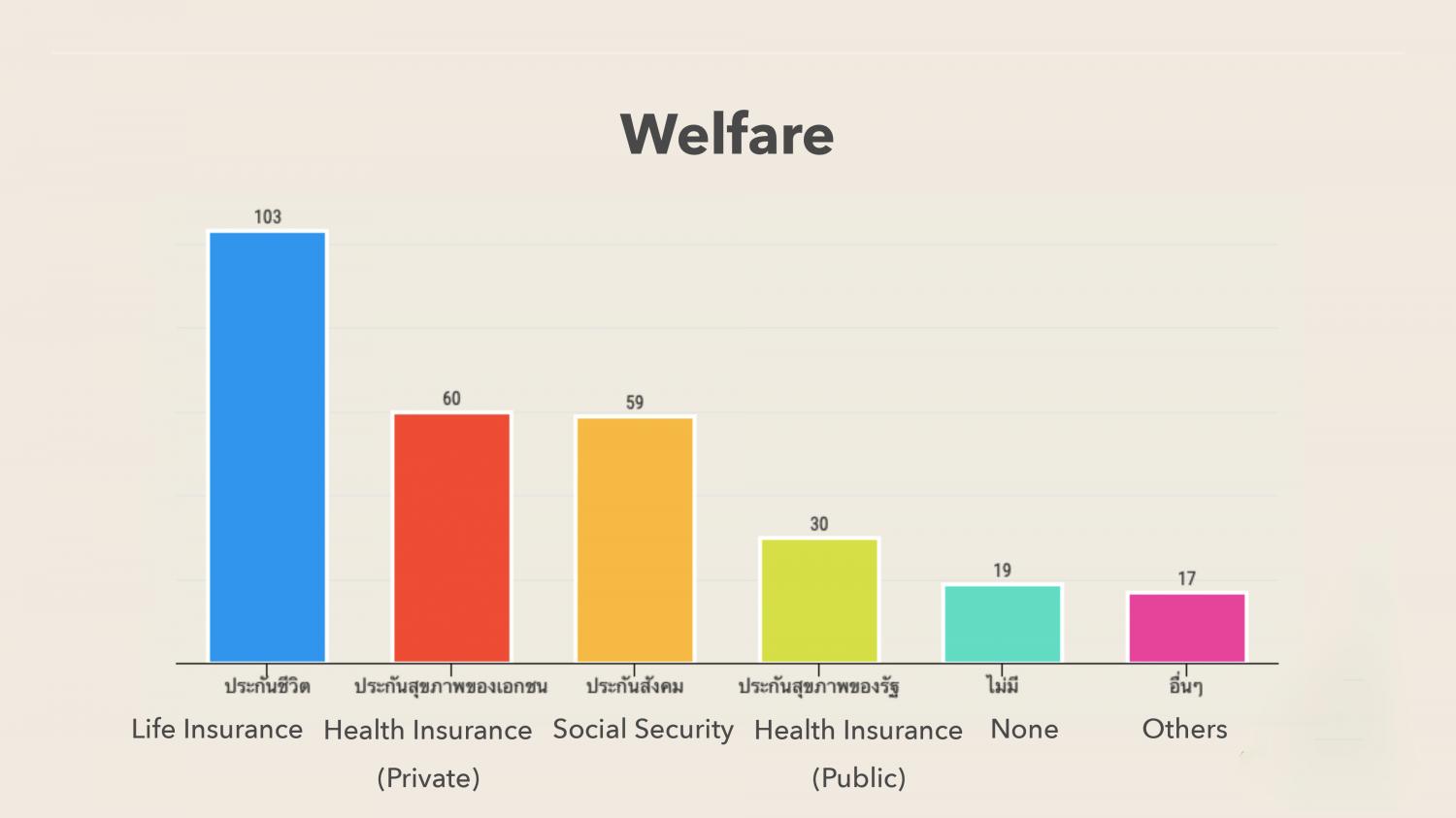 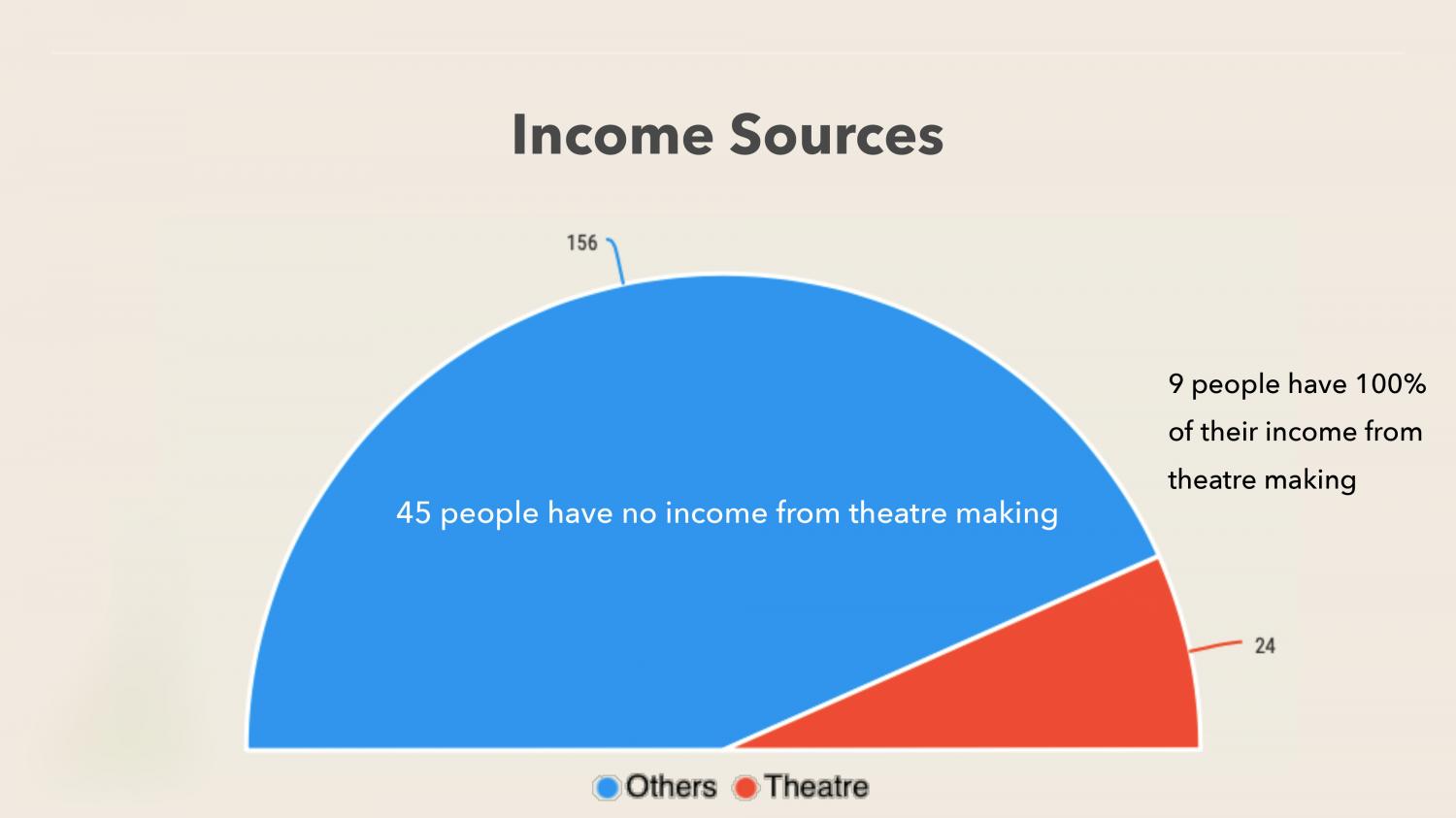 A promising development in the fight against Covid