To celebrate the reopening of Sri Salaya Theatre after the easing of Covid-19 measures, the Film Archive (Public Organization) is presenting screenings of 13 selected films under the theme "Hope" from today until June 30.

The films, from the US, Spain, France, Germany, Taiwan, Japan and Thailand, show stories of hope, encouragement and the beauty of life amid various problems the protagonists have to go through.

The line-up includes Stumped (2017), an American documentary about a filmmaker whose limbs are amputated who then decides to pursue stand-up comedy; Stronger (2017) about an ordinary man who becomes a symbol of hope after surviving the 2013 Boston Marathon bombing; and Shimanto River (1991) about a young boy coming to grips with the unfairness of life and emotional pain.

There are also the emotional stories of a father struggling to create a better life for himself and his son in The Pursuit Of Happyness (2006); a young girl with terminal illness trying to make her dream come true in Supa Modo (2018); and a group of troubled teenagers and their unicycle tour around Taiwan in They Are Flying.

Alternatively, learn about the value of life, friendship and grief over the loss of a loved in Tour De Force (2014); or get impressed with the stories of social workers trying to reintegrate homeless women when it is announced their facility will close in Les Invisibles (2018); a shoe shiner who tries to save an immigrant African boy in Le Havre (2011); or a lonely man in Argentina helping a Chinese man find his uncle in Un Cuento Chino (2011).

Three Thai movies in the programme include Crazy Me (1993) about a kind man who accidentally gets involved in many unfortunate events; Homestay (2018) about a boy who is given a temporary body and 100 days to change his life; and The Cave (2018) about a Thai youth football team trapped in a cave as rescue workers scramble to save them.

Two movies will be screened daily at 12.30pm and 5.30pm, except Mondays. Sri Salaya Theatre is on Phutthamonthon Sai 5. There is no admission fee. 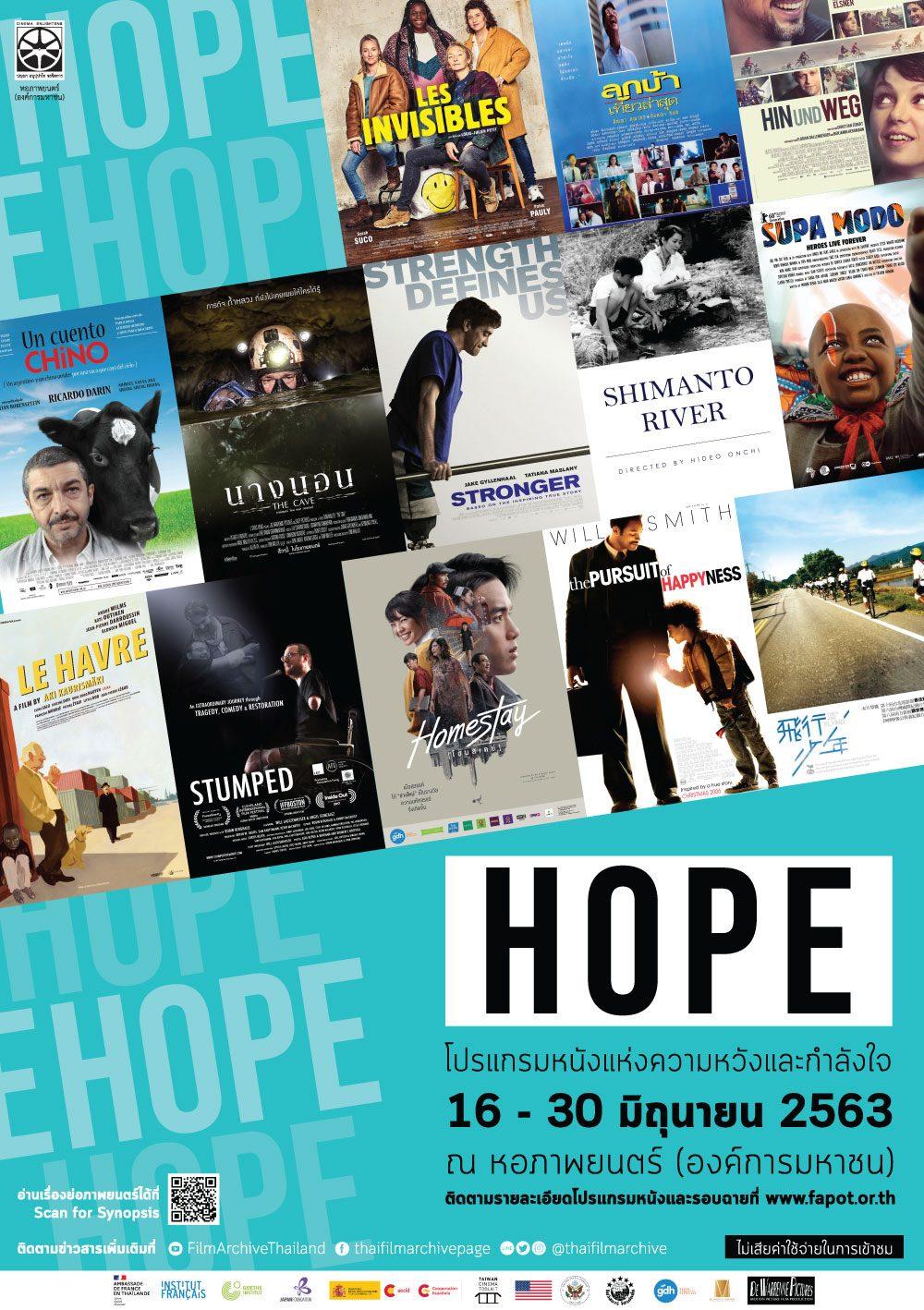