At the crossroads of justice and virtue
Life
Arts & Entertainment

At the crossroads of justice and virtue

In Thailand, a judiciary is held back by political distractions

The judiciary is the least studied element of the Thai polity. That did not matter much 25 years ago because it played almost no political role. But now the courts bring down governments, exile leaders, dissolve political parties, punish protesters and jail people for thought crimes. This book is long awaited and does not disappoint. 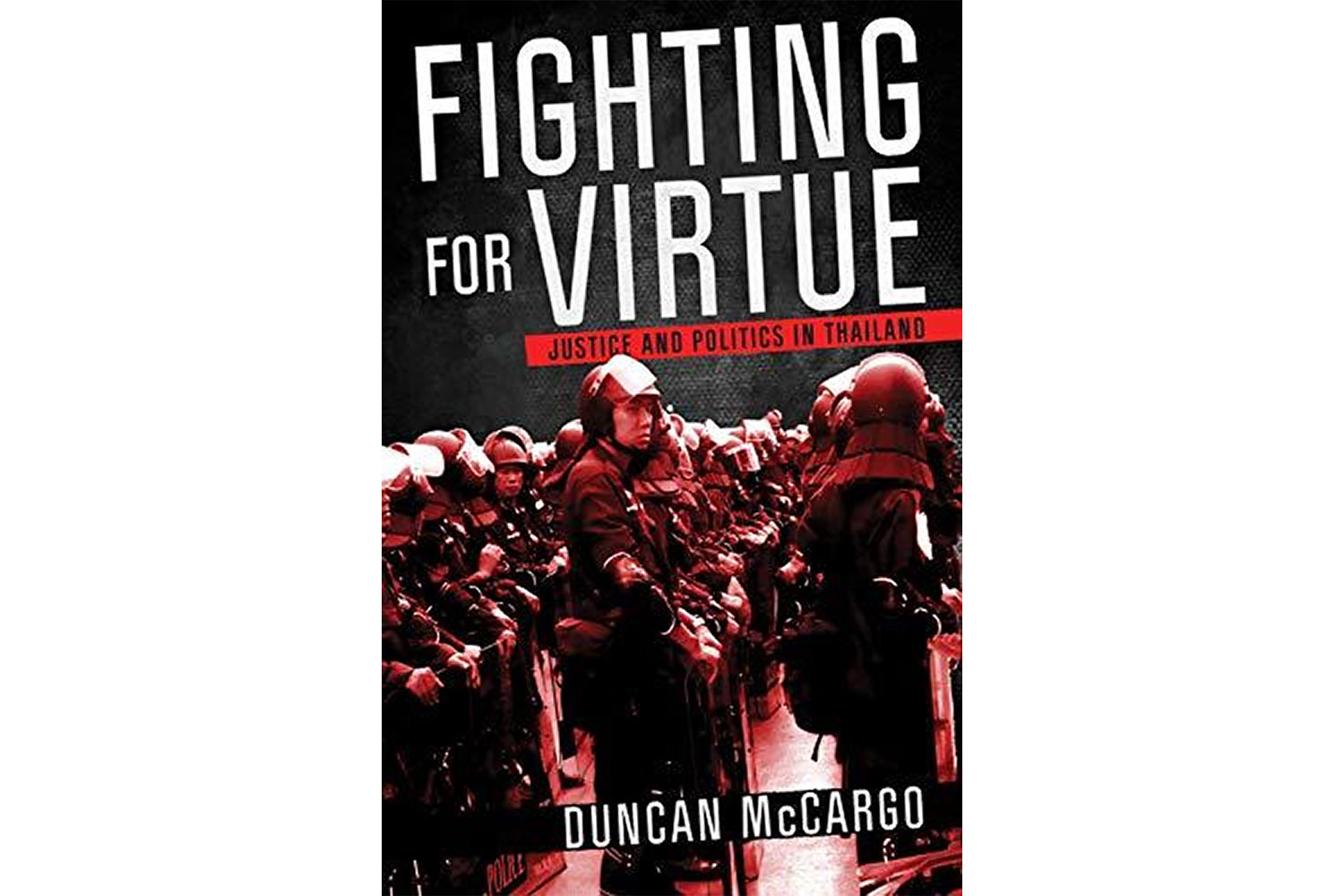 There is now a fierce debate on "judicialisation", meaning the active role of courts and judges in political conflict. Duncan McCargo sets his contribution to this debate into a wider context of Thailand's judicial system at work. The book has three parts. The first describes the recruitment and career patterns of judges. In the second, McCargo sits through the court proceedings on four political cases over 2012-13, and provides us with an intimate view of political justice at work. In the third, he discusses the trend of "judicialisation", proposing that this trend has already "peaked" and hoping it will disappear quickly.

Thailand has a civil law system based on written law codes and professional judges. The judges are recruited by a highly competitive exam around the age of 25. Their education focuses closely on the law with no element of philosophy or social science, and the exam encourages rote learning. Those who pass are ranked in an order that favours those with a local BA over those who have gone on to postgraduate study overseas.

This rank number determines their careers through various promotions up to retirement. There is no provision for updated training, no incentive for "keeping up", and no rewards for performance. Most come from urban middle class families. Once recruited they are expected to keep a discreet distance from everyday society. The result in McCargo's view is that judges have little knowledge or empathy for those they judge. The numbers in prison as a proportion of the total population is the third largest in the world.

The title of this book comes from the late King Bhumibol Adulyadej's speech to the judges of the Supreme Court in 2006: "Fight, fight, yes, fight for virtue, fight for justice in the country." Judges have a special relationship to the monarchy. They are the only state servants who must swear an oath before the king. They tend, McCargo argues, "to feel intellectually and even morally superior to others". The system is like an "ancient mandarinate". Since 1997, the judiciary has been free of any political oversight. Critics are routinely threatened with legal redress. Nobody judges the judges, and there is no motive or mechanism to reform the system.

The first three cases that McCargo attends are related to what he calls "Thai treason", the upsurge of cases alleging crimes against the state. One concerns lese majeste (Somyot Prueksakasemsuk); one under the Computer Crimes Act; and one for trespass and disorder by a public demonstration. McCargo's descriptions highlight the personal nature of these courtroom dramas, particularly the mutual antagonism of judges and lawyers. The judges seem to grade the quality of evidence, placing the testimony of officials at the top, and anyone connected to politics or human rights work at the bottom. The courtroom debates, the defence's strategies, and the judges' decisions seem to pay little attention to either the letter or the spirit of the law. The predispositions of the judges and the emotions stirred by the proceedings play a large role in the outcomes. In the late 20th century, there was a worldwide movement promoting constitutionalism or legalism, meaning the expanded use of law to mediate political conflict and bring about social justice. This movement arrived in Thailand with the 1997 constitution, and then expanded with the rise in conflict around Thaksin Shinawatra. The Constitutional Court, introduced in 1997, was supposed to interpret the constitution and review whether legislation conformed to its provisions, but the court has done almost nothing in those areas. Instead it has become in McCargo's phrase "a political court", specialising in cases that determine who has power and who does not. Its composition and purpose has been redefined several times, reflecting the fast revolving door of Thai politics. As a result, the court is always new with no history and guide from precedent.

McCargo rejects the idea that the courts as a whole, and especially the Constitutional Court, have been engaged in "judicial activism", reflecting either the political views of the judges themselves or the workings of a "Deep State". Instead, he sees the judiciary as generally passive, manipulated by those with other forms of power, and very uneasy about the demands placed on them and about their vastly increased public prominence. And yet McCargo also argues that in 2005 a conservative campaign cleverly established the idea that Thaksin and his allies were enemies of the monarchy. In the ensuing two-way conflict, the judiciary was bound to be aligned on the monarchy's side, fighting for "virtue" and against "politics". McCargo shows that cases against Thaksin were not constant but came in waves, with lulls when the two sides were engaged in compromise, and then towering white-capped Pacific rollers when the attack was rejoined.

McCargo ends by arguing, rather hopefully, that legalism has now run its course, and we should now realise that "much like war, law is simply politics by other means". Multiplying the number of courts, laws, and clauses in the constitution has tended only to make the conflict worse. He pines for "a moderate, reflexive, and judicious legalism", which seems to mean institutions that mediate rather than adjudicate. But how can that happen when those in power are bent on polarisation? He concludes: "Countries should be run by elected politicians not by courts." But the alleged multiple manipulations of last year's Thai election brings us back to one of the issues of the 1997 constitution: how can you have a fair election without an effective legal system?

This is an original, heavily researched, fascinating, highly readable, and ultimately frightening book.