After being closed for two months due to Covid-19, the Bangkok Art and Culture Centre (BACC) is resuming operations by travelling back in time to the mid-19th century when glass plate negatives made their way to Siam.

Running until Sept 20, the "Glass Plate Negatives: Stories That Transcend Time" exhibition showcases a rare collection of 102 reprinted photographs of Thai kings, royal court members, palaces, historical sites and trading hubs. Visitors to the exhibition can learn how Siam modernised itself with Western innovations such as the railway connecting Phra Nakhon with other provinces.

All glass plate negatives were captured from the reign of King Mongkut (Rama IV) to King Prajadhipok (Rama VII) and have been safely stored at the Hor Phra Samut Vajirayan (Royal Vajirayana Library). This exhibition is a sequel to the show titled "Celebrating The National Glass Plate Negatives" which was registered as a Unesco "Memory of the World" and hosted in 2018 at the National Gallery in collaboration between the Fine Arts Department and ThaiBev. 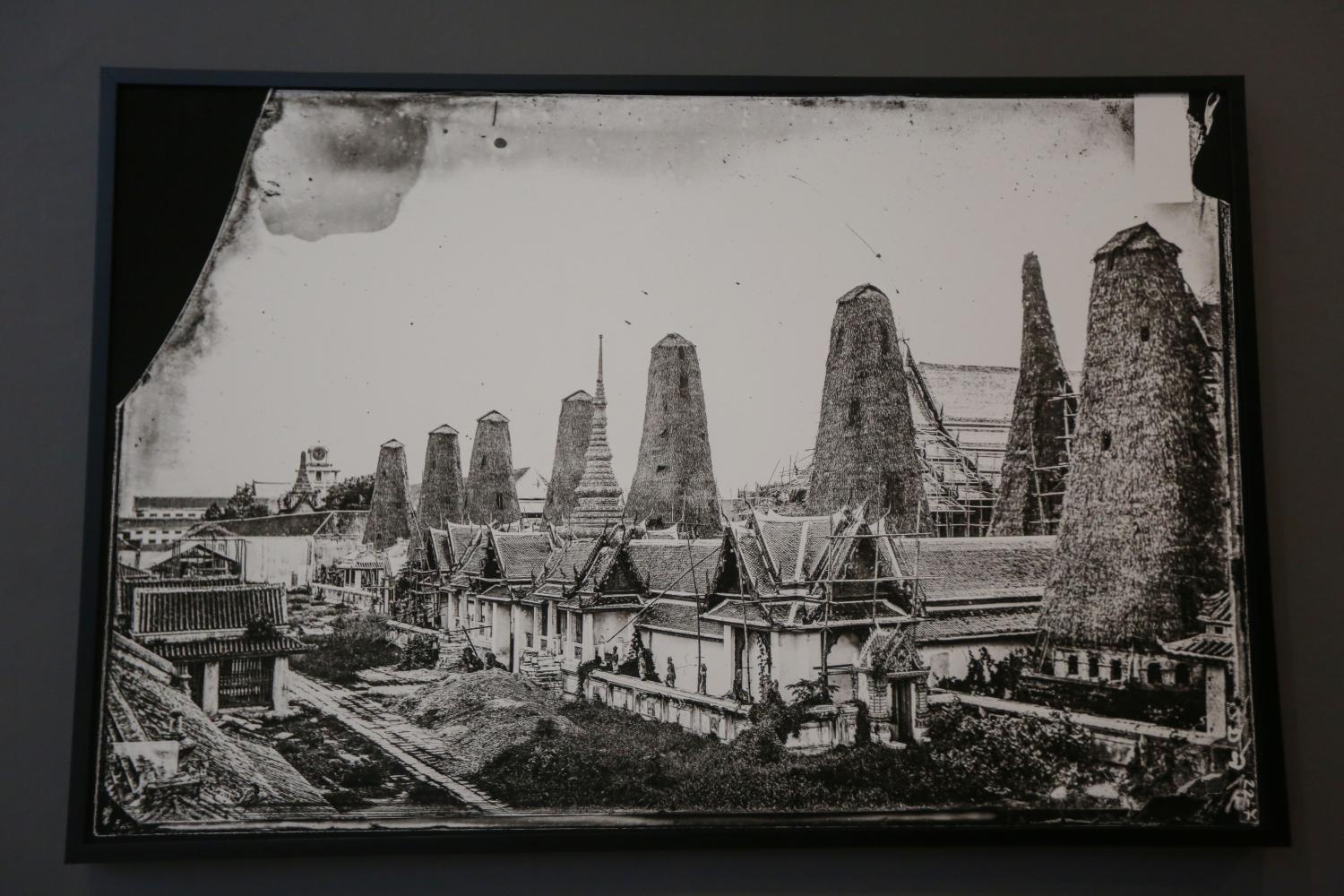 The Temple of the Emerald Buddha during the 1879-1881 renovation. Varuth Hirunyatheb

"In 2017, Unesco designated this age-old collection of 35,427 glass plate negatives as a 'Memory of the World' for its significance in documenting cultural and social perspectives of Siam as well as storage management. Each year, we open our photo gallery to select 1,000 negatives for printing books and host an exhibition so that Thais can learn about history," said Prateep Pengtago, the director of the Fine Arts Department.

"We've used modern technology to transform glass plate negatives into digital files to reduce the risk of touching the originals. This year, Thanphuying Sirikitiya Jensen is in charge as a curator and the National Archives of Thailand will offer a programme of online seminars on how to read and preserve glass plate negatives. The first seminar took place on July 18 and another one will be hosted on Aug 15." 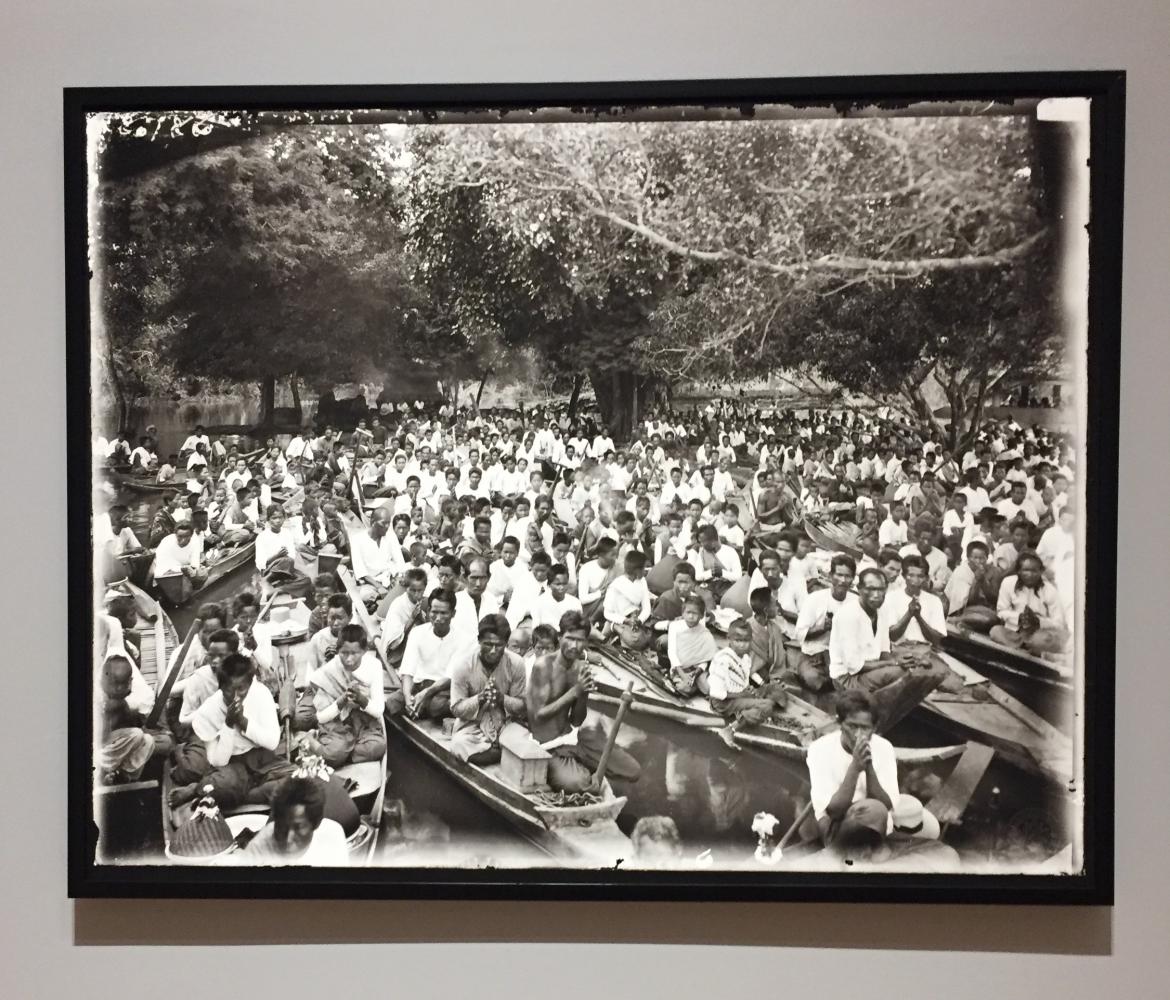 King Chulalongkorn captured a photo of a huge crowd greeting him during a visit to Lop Buri's Wat Lai in 1906. Photo: Pattarawadee Saengmanee

Glass plate negatives were popular during the reign of King Rama V, however, they were replaced by cellulose film in the early 20th century before memory cards came to play a major role in the digital age. The exhibition has four themes in which audiences can join the royal family to explore the land of Siam as Western colonial influences expanded in Asia.

"Photography is about the power of perspective and the arts. It doesn't only document the events of that era but also captures the stories of the photographers. It's a way of documenting emotions, lifestyle and viewpoints of people in each era," Thanphuying Sirikitiya Jensen said.

"On display, all images have different dimensions, perspectives, feelings and power, making them seem alive. Thais and foreigners can understand the history of Siam through the photos. This is the reason why photography is important." 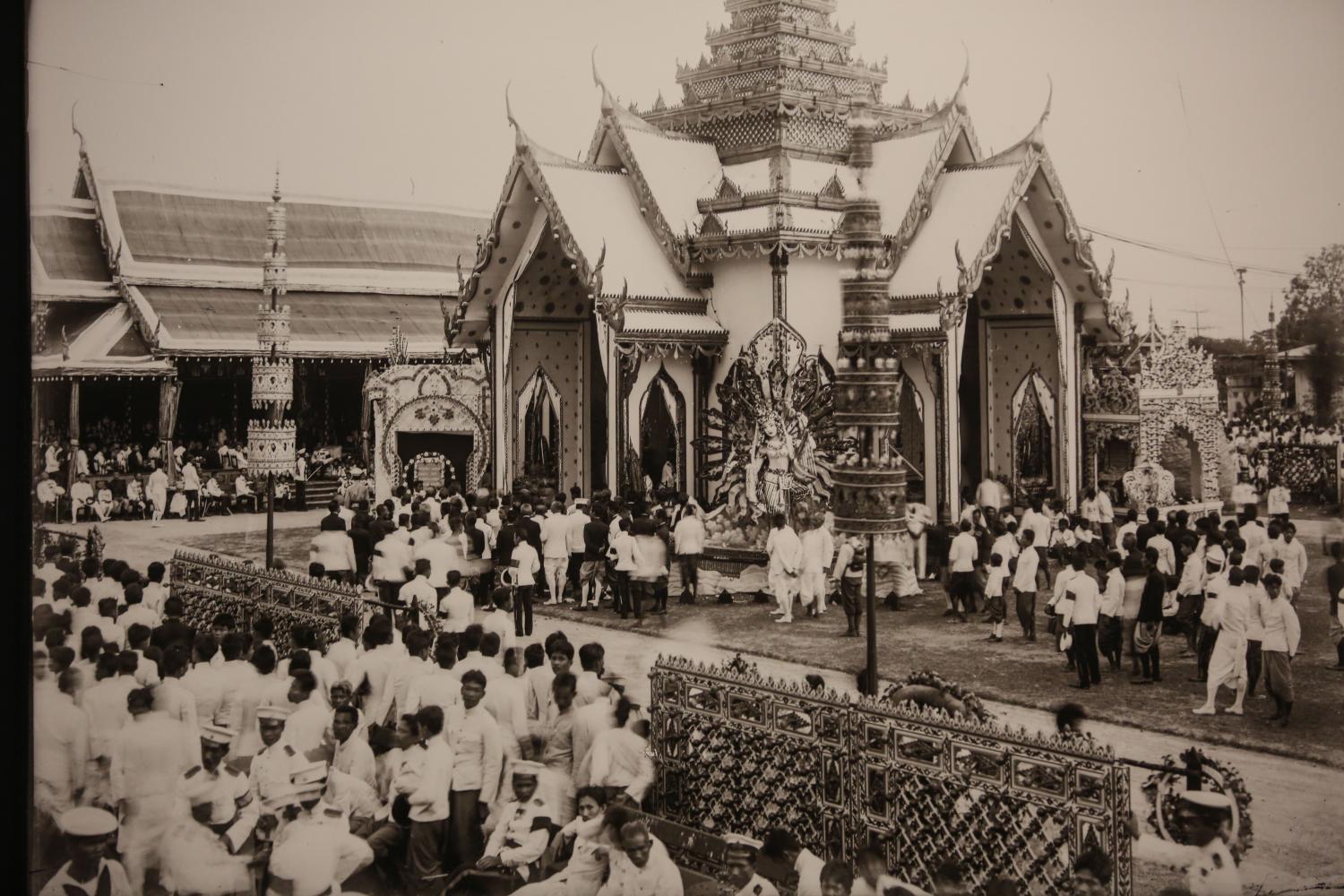 The first section is titled "Travel Of King Chulalongkorn". Beginning in the reign of King Mongkut, the monarch and the royal family adopted the Western lifestyle of travelling for leisure. During this time, many palaces were constructed outside the capital like Khao Wang (Phra Nakhon Khiri) in Phetchaburi. 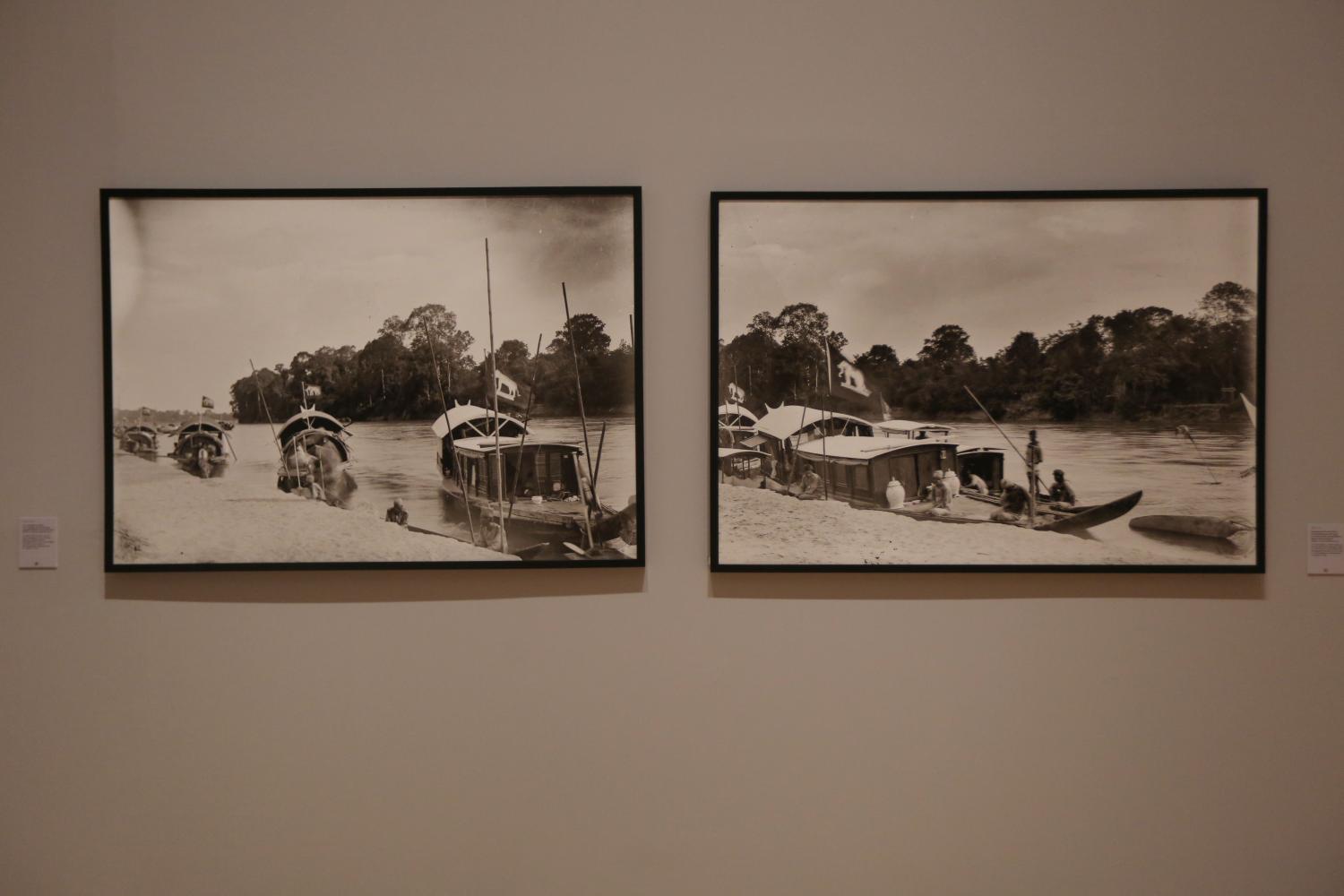 King Rama V also arranged private trips to observe people's way of life, and landscapes of Siam such as Kamphaeng Phet to explore historical sites. During the day, he had the royal members and entourage play the roles of officials to interact with local villagers.

Taken by King Chulalongkorn, one picture depicts a huge crowd of people sitting on numerous boats to greet him during a visit to Wat Lai in Lop Buri in 1960. Another one illustrates a sunset over the river during his return to the provincial gendarmerie station in Pak Nam Pho. 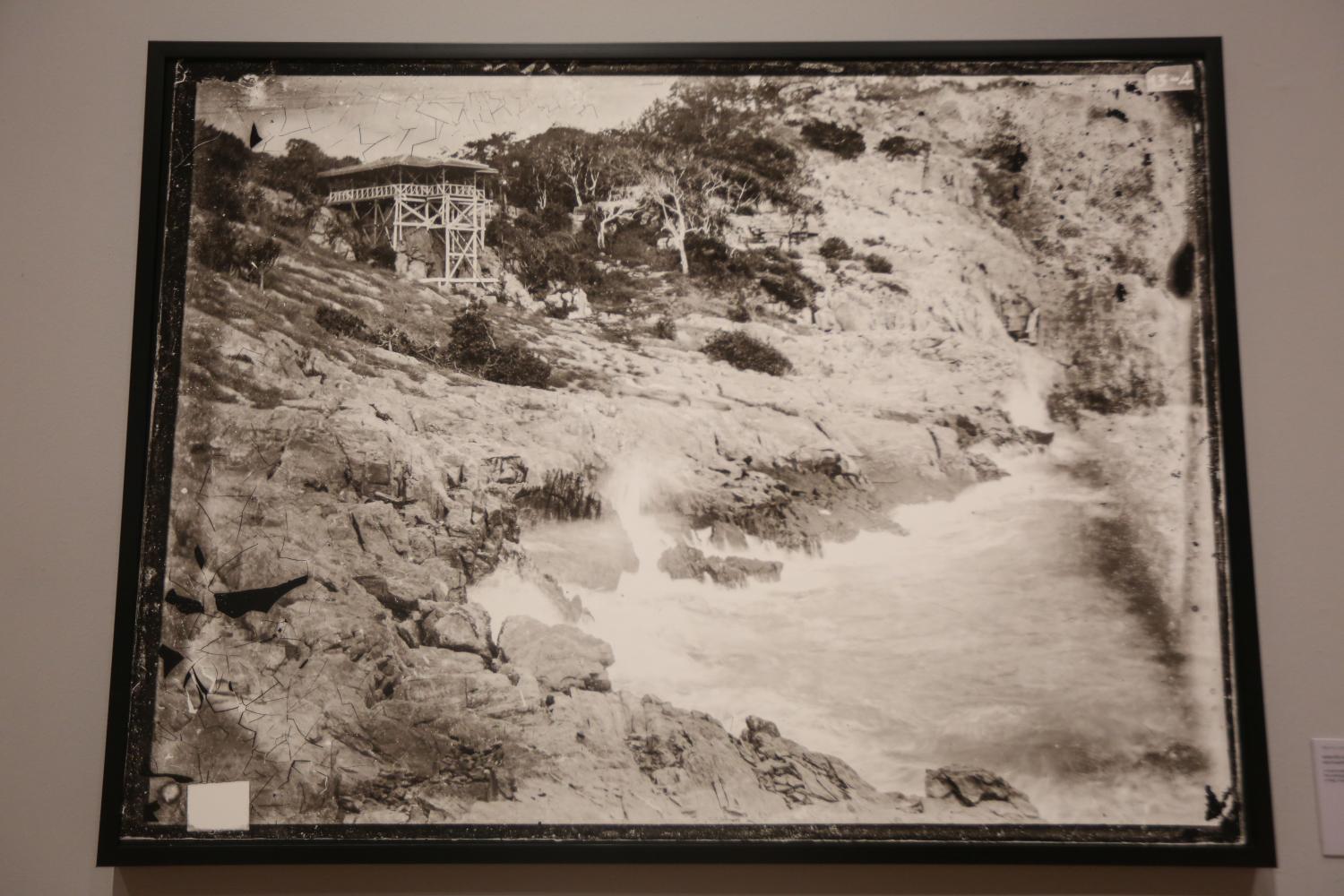 Koh Si Chang in Chon Buri was his favourite holiday destination. There are pictures of a royal pavilion and Abhirom building in the compound of Phra Chudhadhuj Ratchasthan Palace as well as a portrait of HRH Prince Asdang Dejavudh on the island.

The end of the journey shifts to melancholy when King Rama V suffered the loss of his children like HRH Princess Srivilailaksana. Also on view is a picture of the temporary cremation site at Suan Misakawan that was built for HRH Prince Urubhongse Rajasombhoj. 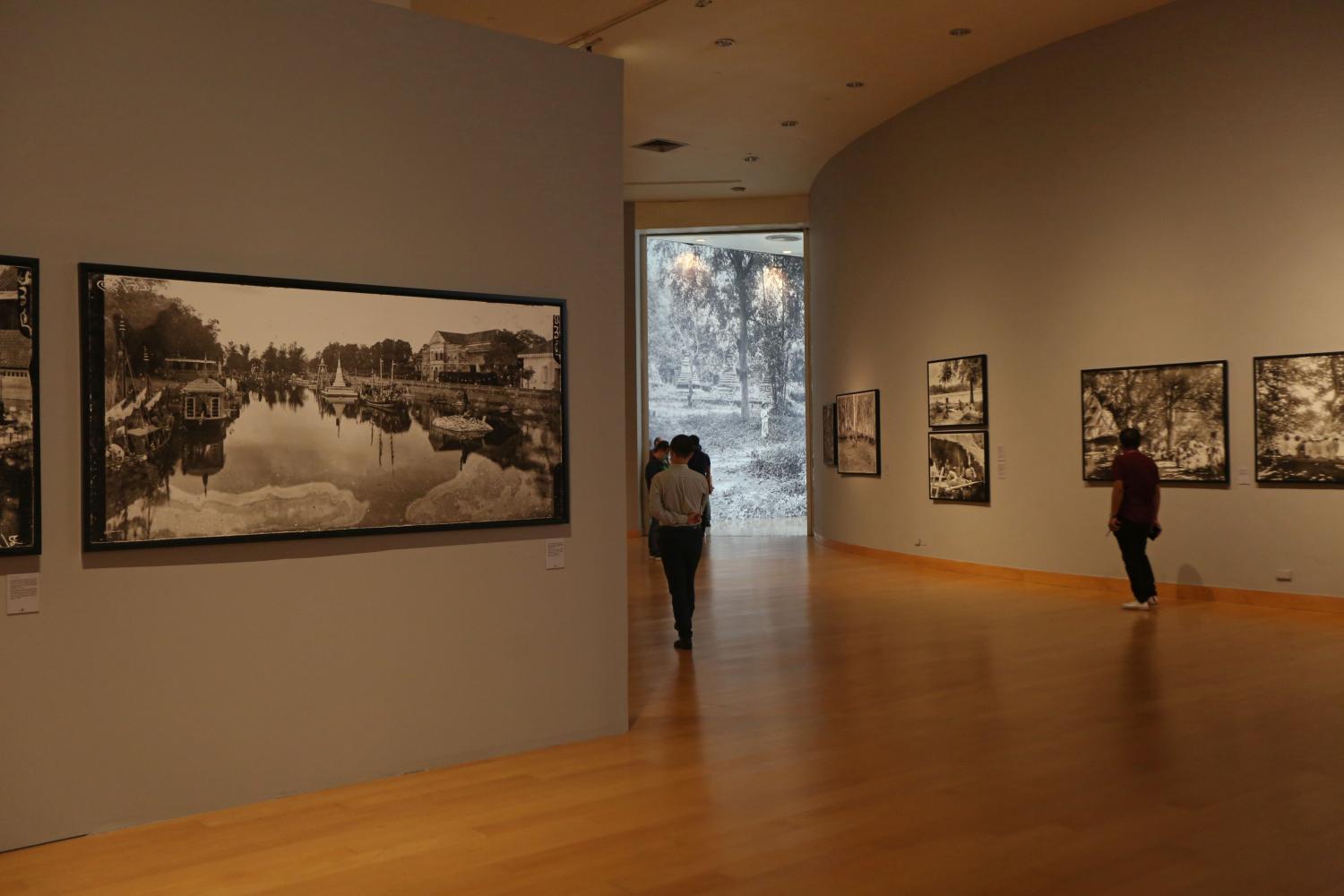 "Glass plate negatives disappeared for more than 100 years. So, our goal is to connect audiences with these century-old pictures, which show a continuation of culture and history. We want to find a way to make people in the present understand and appreciate the story. We want them to feel like they're a part of this journey," Thanphuying Sirikitiya Jensen said.

The second section is "Calm Interlude In Siam". It emphasises the flow of everyday life within Bangkok before the country underwent a huge makeover. There are some images of the Chao Phraya River with a backdrop of Wat Arun and the intersection of Charoen Krung and Mahachai roads that was home to B.Grimm & Co Pratu Samyot branch. 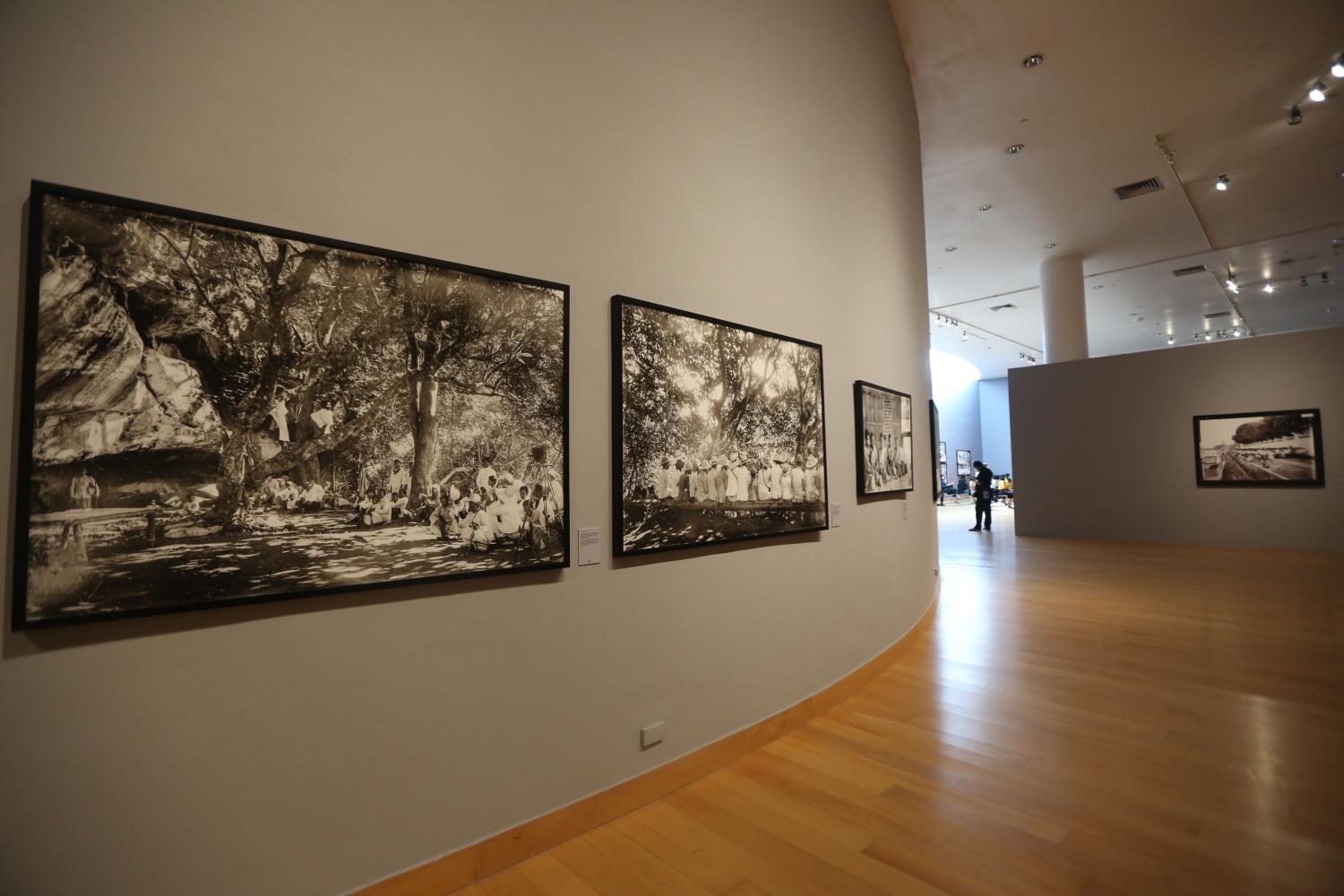 Visitors can also travel back to Dec 5, 1907, when King Chulalongkorn returned from his second journey to Europe and a flotilla carried a huge crowd to give him a grand welcome.

The third section is "East Meets West". It reflects the time when King Chulalongkorn employed architects and artists from Europe to construct the Ananta Samakhom Throne Hall and other beautiful historical buildings.

The collection also shows the medical laboratory at Bangkok Nursing Home; Thewarat Sapharom Throne Hall before it was turned into the Phaya Thai Palace Hotel; and the building of J.R. Andre that was a local agent for Opel and Wanderer automobiles. 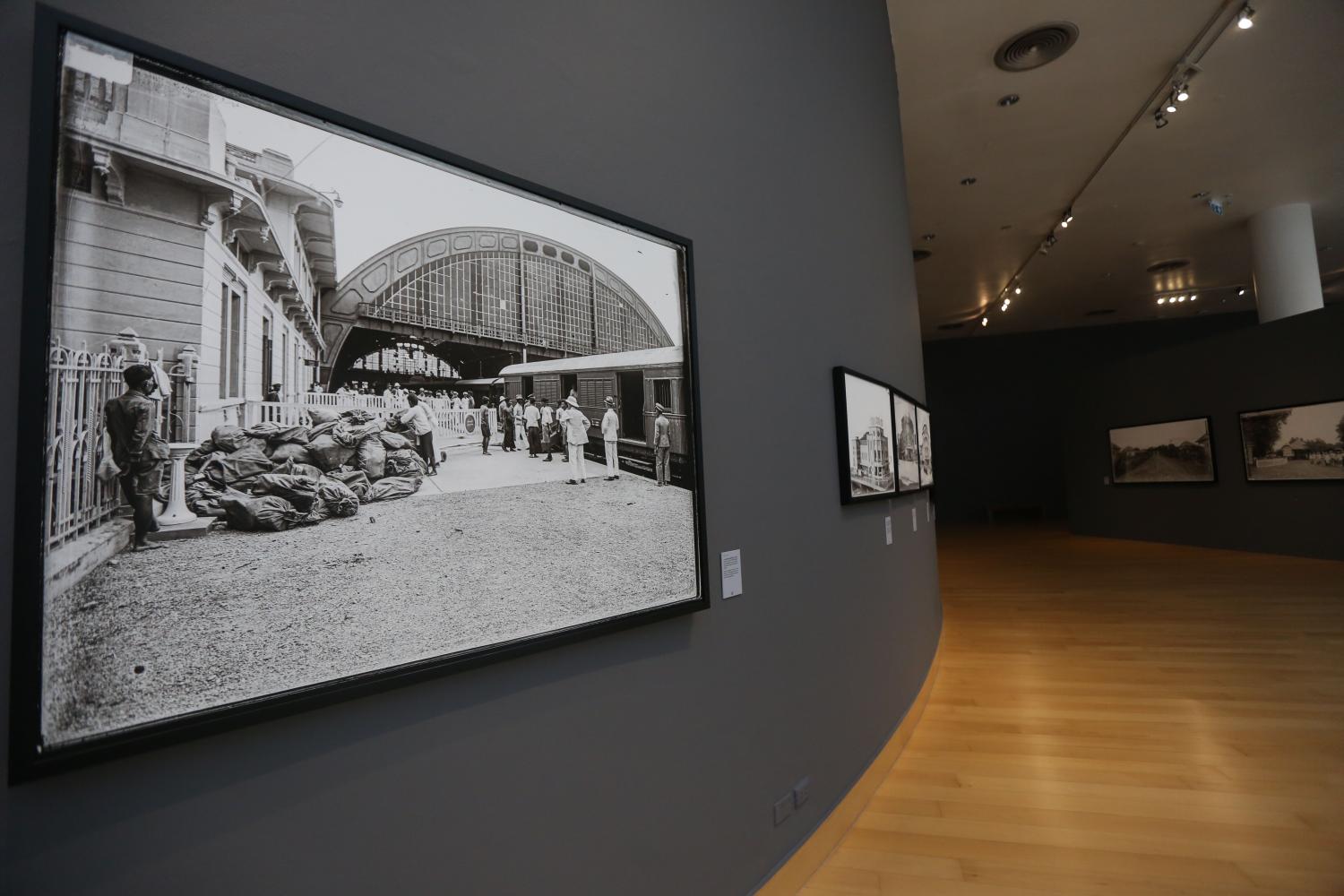 The last section is "Moving Forward". Siam experienced an expansion of the railway system -- which began during the reign of King Chulalongkorn and culminated in the reign of King Vajiravudh -- to provide a unified and vast transportation network both in and out of Bangkok.

This became the beginning of centralised governance structures and unified culture, leading to the growth of mass tourism, as people adopted Western culture like going to cinemas to relax.

This edition of the exhibition also shows several modern buildings such as a large open-plan office equipped with modern features like typewriters, electric lights and ceiling fans. 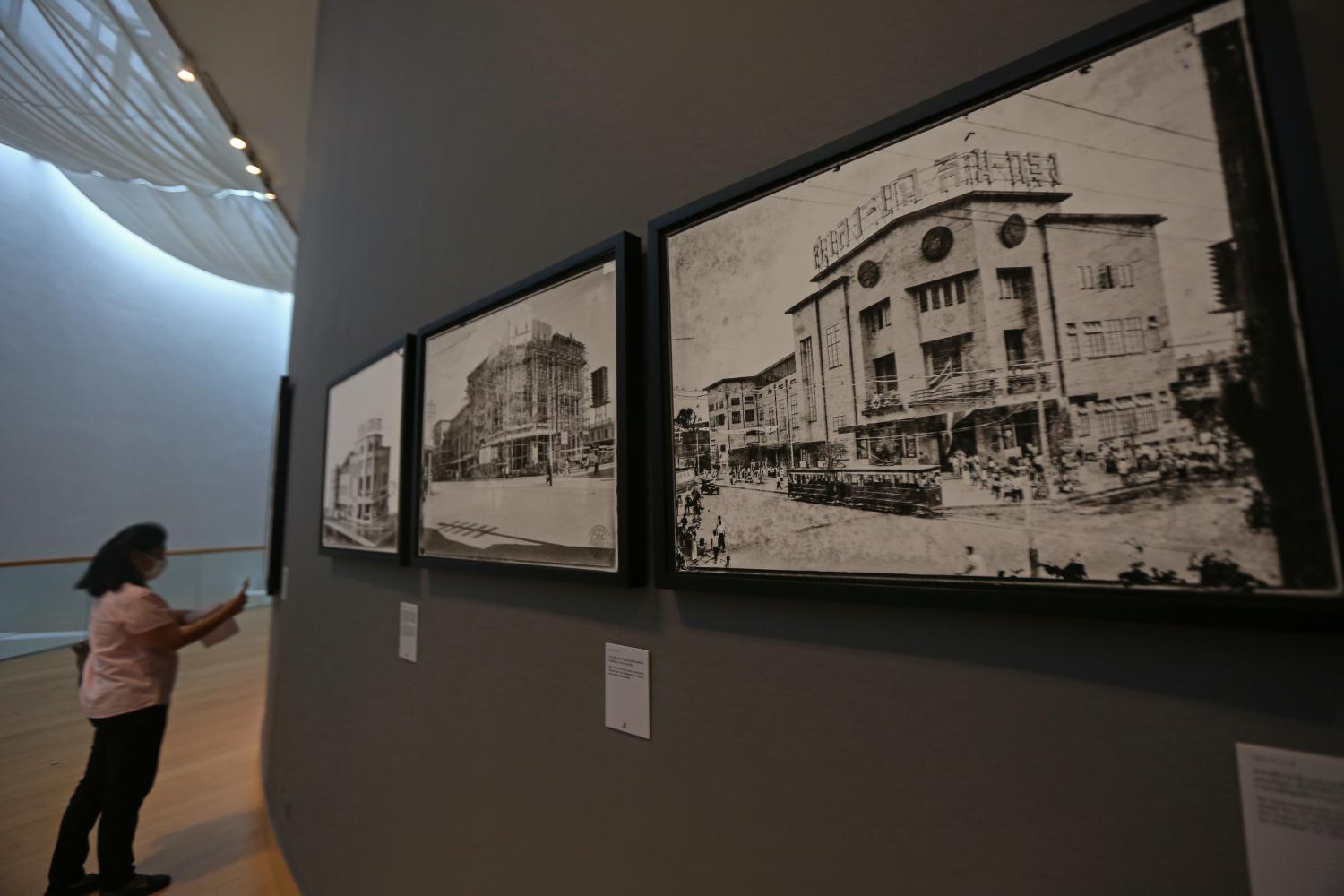 One of the other highlights of the exhibition is a picture of the Temple of the Emerald Buddha during its 1879-1881 renovation. There's also a photograph of King Vajiravudh and Queen Indrasakdi Sachi, together with their entourage taken in front of the sacred Buddha image at Wat Phra Mongkhon Bophit during their visit to Ayutthaya in 1924.

"The Glass Plate Negatives: Stories That Transcend Time" exhibition is on view at the Main Gallery of Bangkok Art and Cultural Centre on the 8th floor until Sept 20. Admission is free. It's open daily from 10am to 7pm (except Monday). For more details, visit bacc.or.th.