In Chinese tradition, people always honour their deceased family members by burning joss paper as an offering to their ancestors on special holidays and at family gatherings. The belief is that burning joss paper will bring prosperity to their ancestors in life after death. While the intention is honourable, the practice has contributed to the growing problem of air pollution.

Last year, Thai designer and artist Patipat Chaiwitesh, who was an artist-in-residence at Bamboo Curtain Studio in Taipei for three months, noticed that the burned offerings created significant air pollution in the city during the Moon Festival.

"I am interested in air pollution because I experienced it in Bangkok and Chiang Mai. In Taipei, they don't have this problem until the Moon Festival arrives. The levels of air pollutant PM2.5 on that day are higher than normal because so many people burn joss paper. It is unusual for an environmentally conscious country to have such high levels of air pollution," said Patipat.

That experience triggered Patipat to work on the artwork Reply Message, which displays Chinese characters made of ashes to represent messages from ancestors to their descendants. Reply Message was exhibited in Bamboo Curtain Studio and when Patipat arrived back in Thailand, he developed other artworks for the collection "Traveling Treasures", which was inspired by the idea that burning joss paper is a method to communicate to deceased family members.

"Traveling Treasures", which is currently on view at Subhashok The Arts Centre, is divided into two sections. Stepping into the first section, visitors will see Reply Message as an ash sculpture of various dimensions on the floor. Next to the ash sculpture, there are enlarged joss papers printed on bamboo in mono-printing technique. In the second section, Patipat presents new alternatives which may change tradition. He suggests that Chinese people substitute burning talismans and joss paper with offerings of embroidery work and ceramic sculptures instead. His exhibition also involves techniques of sculpturing, printmaking, handicraft and embroidery. 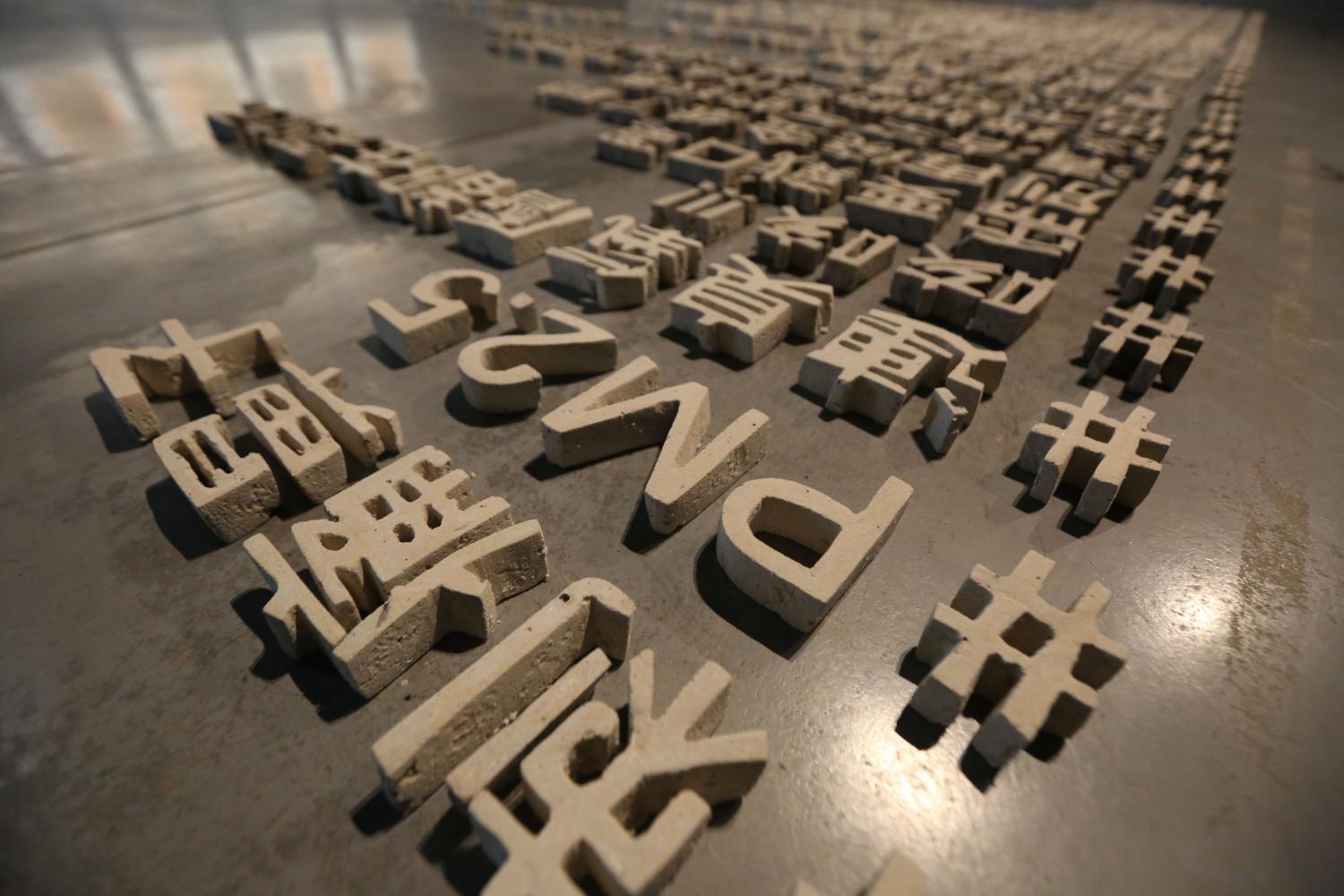 Reply Message represents messages from ancestors to their descendants.

Patipat has a background in textile art. He earned a Master's degree from the Department of Textile and Tapestry at the Ecole Supérieure des Beaux-Arts TALM in France in 2016. Some of his designs have been exhibited at "Art Capital 2015" in Paris, "Stockholm furniture faire 2016" in Sweden, and at a 2016 solo exhibition "Les Outils" in Bangkok.

Last year, he was awarded Designer of the Year in Textile and Fabric Design by the Department of International Trade Promotion. As an artist, Patipat has also participated in several art exhibitions including the Bangkok Art Biennale 2018, KF Gallery, Korean Foundation, South Korea 2018 and Asean Cultural House, South Korea 2018.

Life spoke to Patipat about "Traveling Treasures" and environmental issues.

Why did you decide to develop joss paper to use in the exhibition?

I see joss paper as a tool to communicate with deceased family members and a tradition that people can't give up. In Taiwan, the government promotes campaigns to reduce the burning of incense and joss paper but many people disagree with the idea. I talked to young Taiwanese people about this matter and they said they can't give up this tradition because they have to send necessary items to their ancestors to ensure that they will be comfortable in life after death. Moreover, these offerings also benefit unclaimed bodies that have no family since their spirits will also receive the essence of the burned offerings. 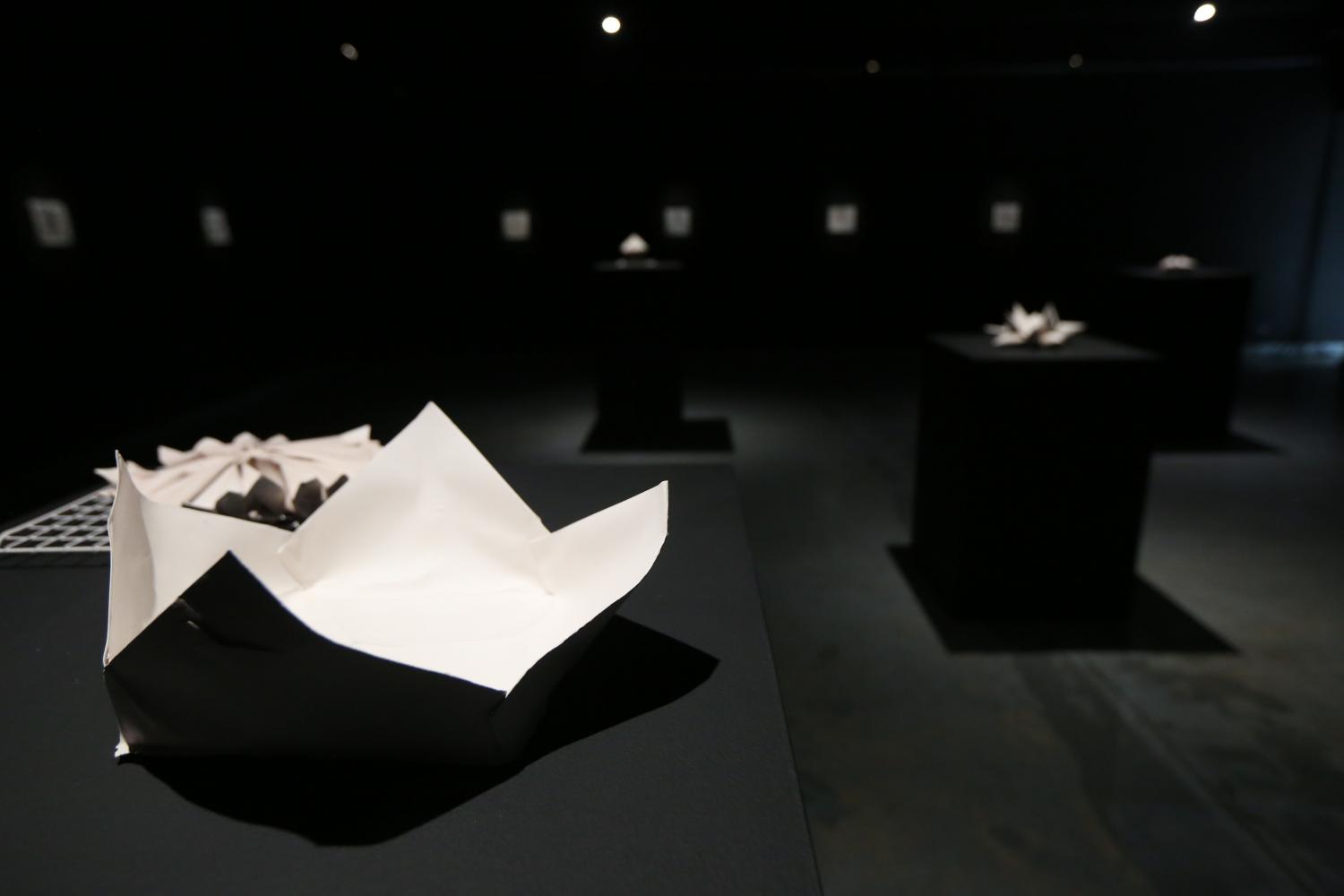 Ceramic sculpture is a substitute for burning joss paper.

Can you tell us more about the meaning of the title 'Traveling Treasures'?

It refers to sending messages. Artworks are messages sent from ancestors to their descendants. Reply Message displays Chinese characters from people's ancestors. I included hashtags to make the messages modern as if they came from social media. Some of the messages are "#We are rich. Don't send more money', '#The weather's getting bad', and '#Face Masks Are Ready to Ship Out'. The advice is from our ancestors and most people listen and respect them more than others.

What is the main message of this exhibition?

Some traditions don't fit with the modern world. So, I posed the question whether it is possible to adjust or change traditions to better fit our current society. I created many objects to see if it was possible to substitute them for a traditional ritual. Ceramics are made by applying porcelain clay to the sculptures made from joss paper and baking them in a pottery oven, which is the same as burning. In this way, our ancestors can still receive the burned offering of joss paper. Moreover, the ceramic sculpture remains and can be used several times whereas burning joss paper causes unwanted pollution.

What were some of the challenges while working on the exhibition?

Creating ceramics to look like paper is challenging. I still want the ceramic creation to resemble joss paper sculptures. Also, ceramics are fragile and have to be moved around carefully, so we had to find a way to make them less delicate to allow them to be used more practically. 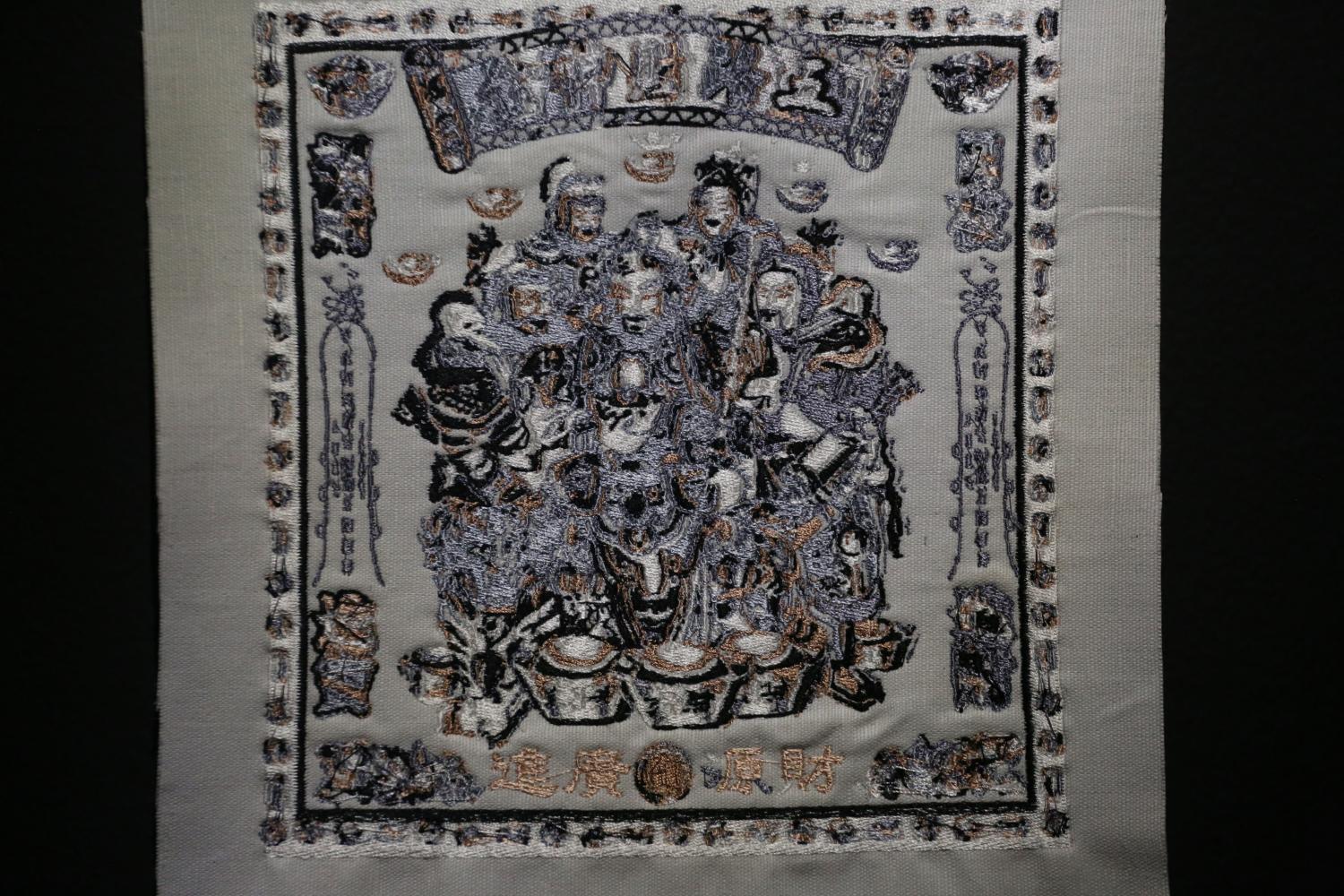 There are many Chinese talismans. How did you choose among them to create embroidered objects?

I chose the patterns I like. Every talisman has its own meaning. For example, a tiger talisman represents power and the one with five Chinese Gods symbolises prosperity. Since the five Chinese Gods design is so detailed and elaborate, it took six hours to be embroidered with a Japanese embroidery machine.

How can embroidery be a substitute for joss paper?

The embroidery pattern comes from joss paper and the talisman. Linen is used for embroidery while joss paper comes from tree bark. Both the fabric and paper are made from similar fibre crops, therefore, they can replace each other. The advantage of embroidery is that people can keep them and that they don't have to be burned.

How should we communicate with deceased family members?

We don't have to. When people pass away, they are gone and they can be on their own. We don't have to get in touch with or contact them but instead we should continue to live our own lives in a worthy manner.

How did other artists at Bamboo Curtain Studio react to Reply Message?

They liked it. I made use of funny messages and they thought it was hilarious. If people feel entertained, it is easy to reach them. Taiwanese artists felt surprised because what they saw was different from their usual tradition. They didn't see it as something negative and there were no problems. They were quite open-minded about it.

You were in France and Taiwan before. Are both places concerned about the environment equally?

Both places are greatly concerned about the environment. In France, they limit urban land invasion so there is no forest encroachment. Additionally, when the level of air pollution becomes high, public transportation is made free in order to limit the usage of cars. Meanwhile in Taiwan, people have to sort through 13 kinds of waste and the trash is picked up at specific times. To reduce plastic bottles, some restaurants don't serve water and customers have to carry their own water containers.