Cultural festival drew traditional performers from all corners of the Kingdom

I went to my first concerts in six months last week. The Department of Cultural Promotion held a week-long series of shows from Sept 15-20 as part of a festival that featured national artists from the Kingdom's four regions.

The main stage was set up outside at the Thailand Cultural Centre, between the two auditoriums, and seating was socially distanced with a gap of several metres between the stage and the audience. 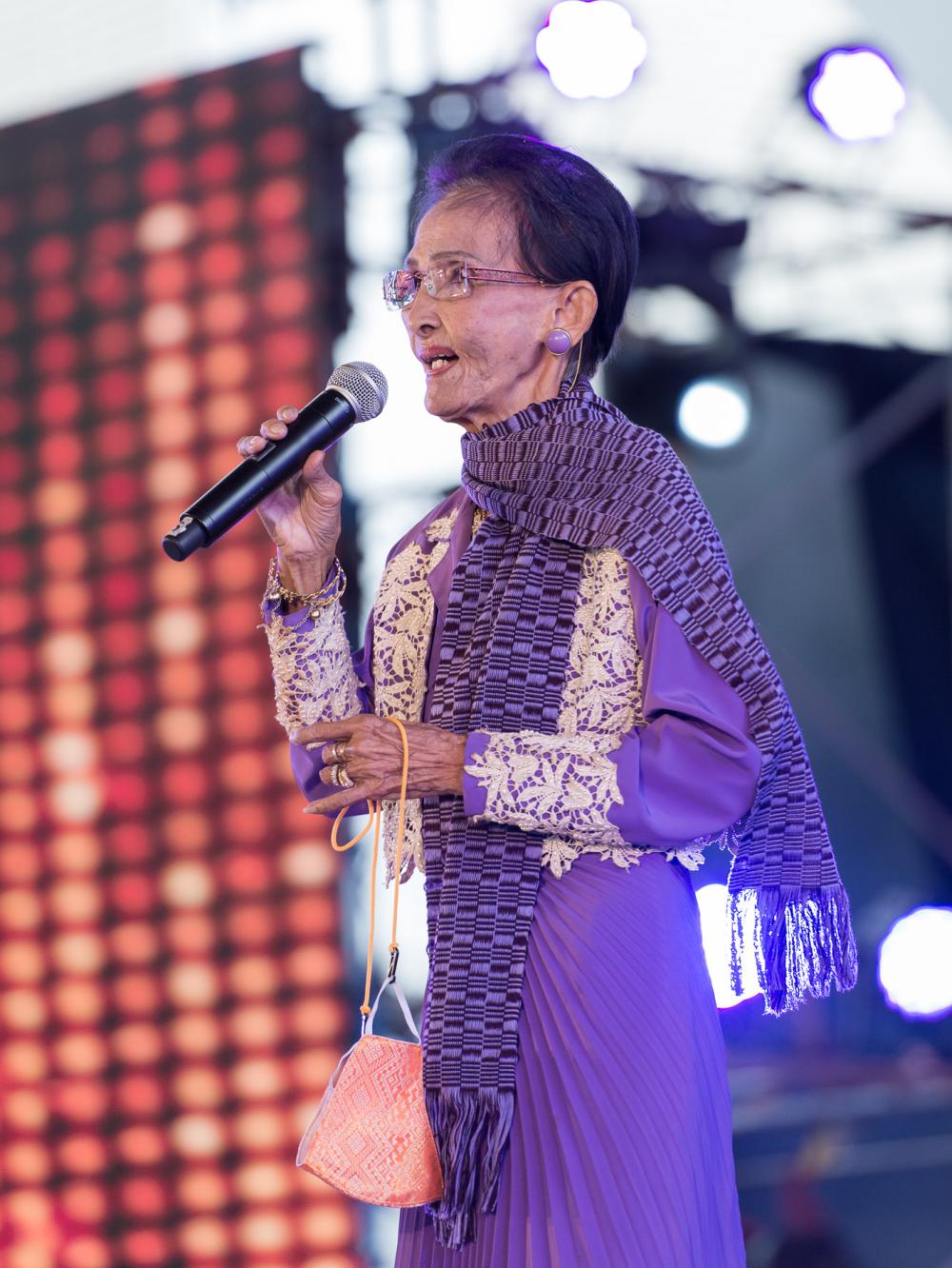 On the first afternoon, an opening ceremony with speeches was followed by a drum performance (there were several kinds drum ensembles throughout the festival, and some, especially from the North, were very good) that segued into an hour-long performance by southern luk thung star Ekachai Srivichai. Between songs, he explained that he was keen for the younger generation to understand the different cultures that exist in Thailand. He then did funny pastiches of some of the traditional regional singing styles, including a brief explanation of the southern region's famous Nora dance, with the assistance of a brilliant performer.

The first evening finished with a full-on show by one of Thailand's top likay troupes, Sornram Nampetch, who were featured in a previous column in 2018. 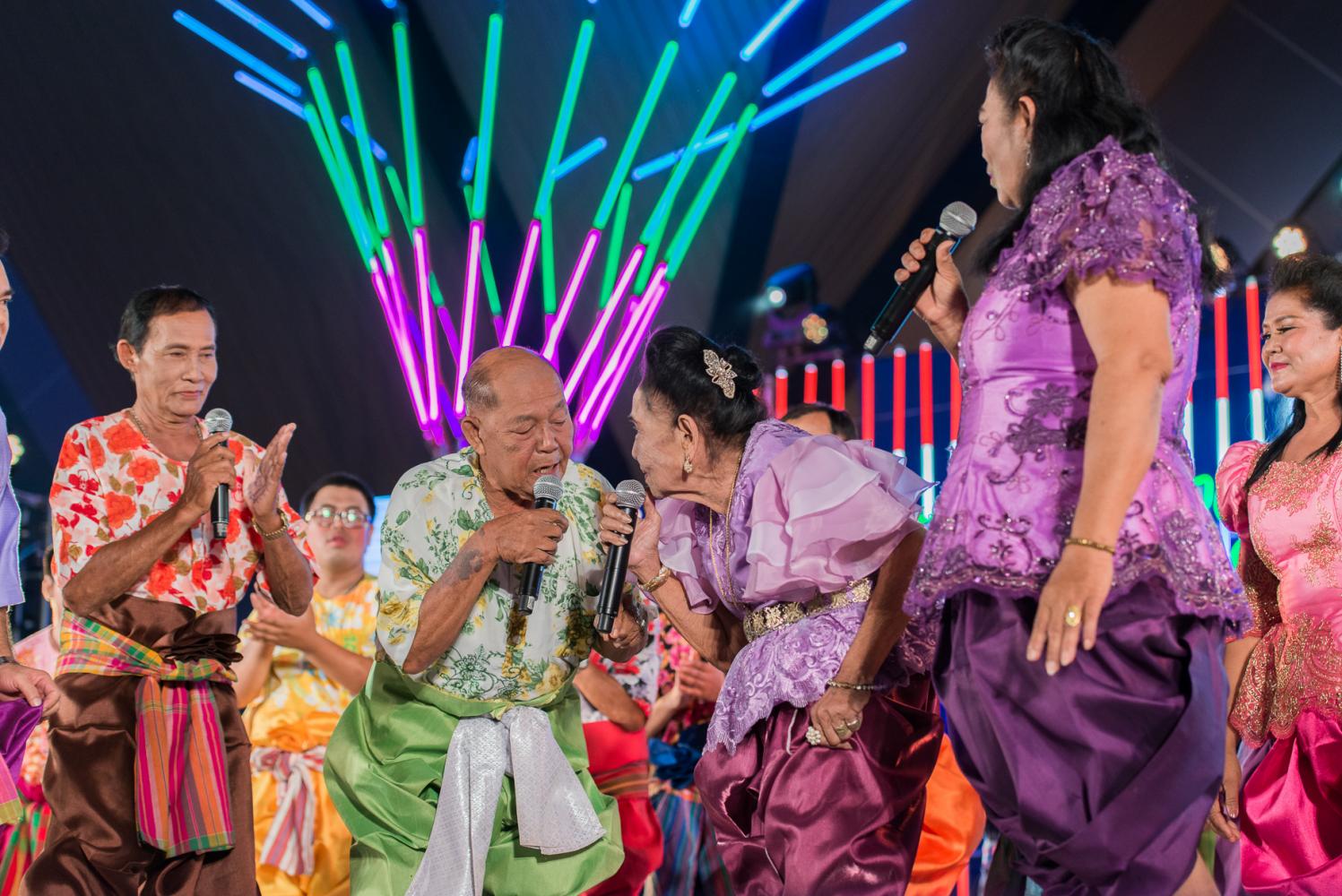 On the second day of the festival, Isan or the Northeast was the focus, led by the doyen of molam, National Artist Chaweewan Damnoen. This was my favourite night as there was an excellent orchestra led by the legendary bandleader Ittipol Khunpluem (some of the big stars performed to a backing track, while all the traditional performers were accompanied by live ensembles).

National artists took to the stage to sing a few songs each, and the standouts for me were the evergreen Pongsri Woranut, Chai Muangsingh (looking jolly in his cowboy hat) and a neat set by Pleon Promdan, the man who made the "talking" style of pleng luk thung so popular. He still has a powerful voice and stage presence. Molam legend Banyen Rakkan was on for just a couple of songs but showed why she is still regarded as one of the best lam dancers in the country. 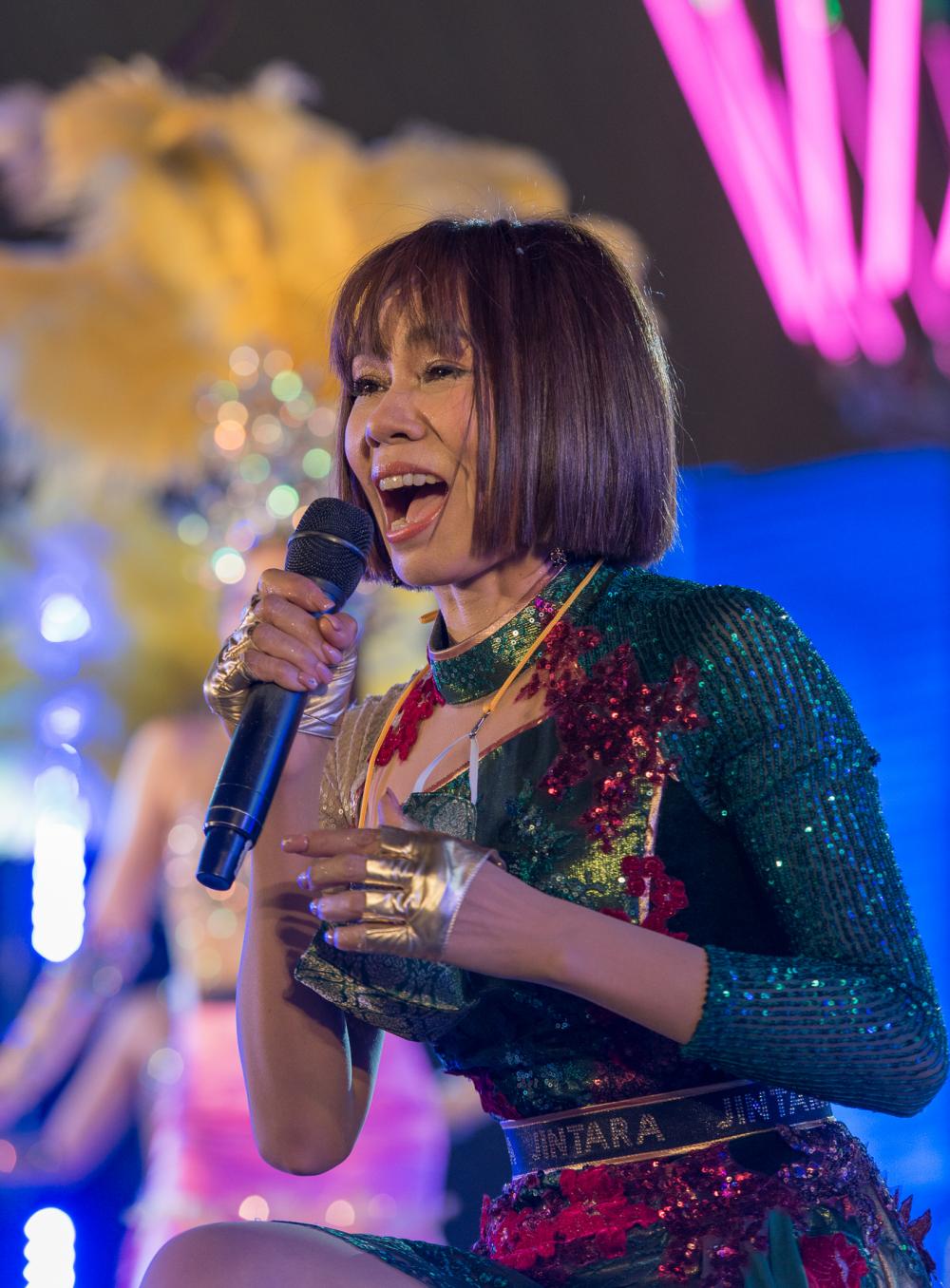 Jintara Poonlarp brought her own chorus line, or hang krueang, for a high energy performance of her hits, which, as with Tai Oratai later in the festival, her fans knew note for note and word for word. But perhaps singing along at a concert isn't such a great idea in these pandemically-challenged days. Jintara, all smiles, seemed to really enjoy herself.

Chaweewan Damnoen led a huge ensemble of traditional instrumentalists and dancers from the Roi-Et Dramatic Arts College, beginning this segment of the evening's show with a molam glawn performance to the accompaniment of a solo khaen. The Isan night ended with music and dance from the southern part of the Northeast, where Thai-Khmer musicians play jariang music.

A downpour ended my trip to see Ram Nora and Nang Thalung (southern shadow puppetry) on day three but I did manage to see the northern drum, dance and small group ensembles on the Thursday, along with a 40-minute show by luk thung megastar Tai Oratai and a Central Region extravaganza on the Friday, led by the pleng puen bahn (folk music) expert, National Artist Kwanjit Sriprachan.

The Central Region evening began with a procession to bring a votive offering to the stage, which was then followed by Kwanjit singing. Her "posse", whose performances I always enjoy, was in fine form as they went through the verbal trickery of pleng Iseo, pleng choi and lam tad, with quick-witted repartee. All ages were represented; the younger performers took to the stage to perform pleng giao khao (harvest songs).

There was a number of fun interludes during this evening, the standout was a llama-like creature with a buffalo's head (operated by two very elastic performers), which danced with an audience member, trying to snatch a 100 baht note with its wooden choppers -- something I haven't seen before. Chinese ngiew theatre closed the evening's activities.

I was not able to see the final performances -- a likay show by Sip Thaharn Sua Por Khun See -- but as I'd already seen likay from Sornram Nampetch, I felt that I had seen a fair sampling of the incredible diversity of Thailand's regional music -- traditional and popular. 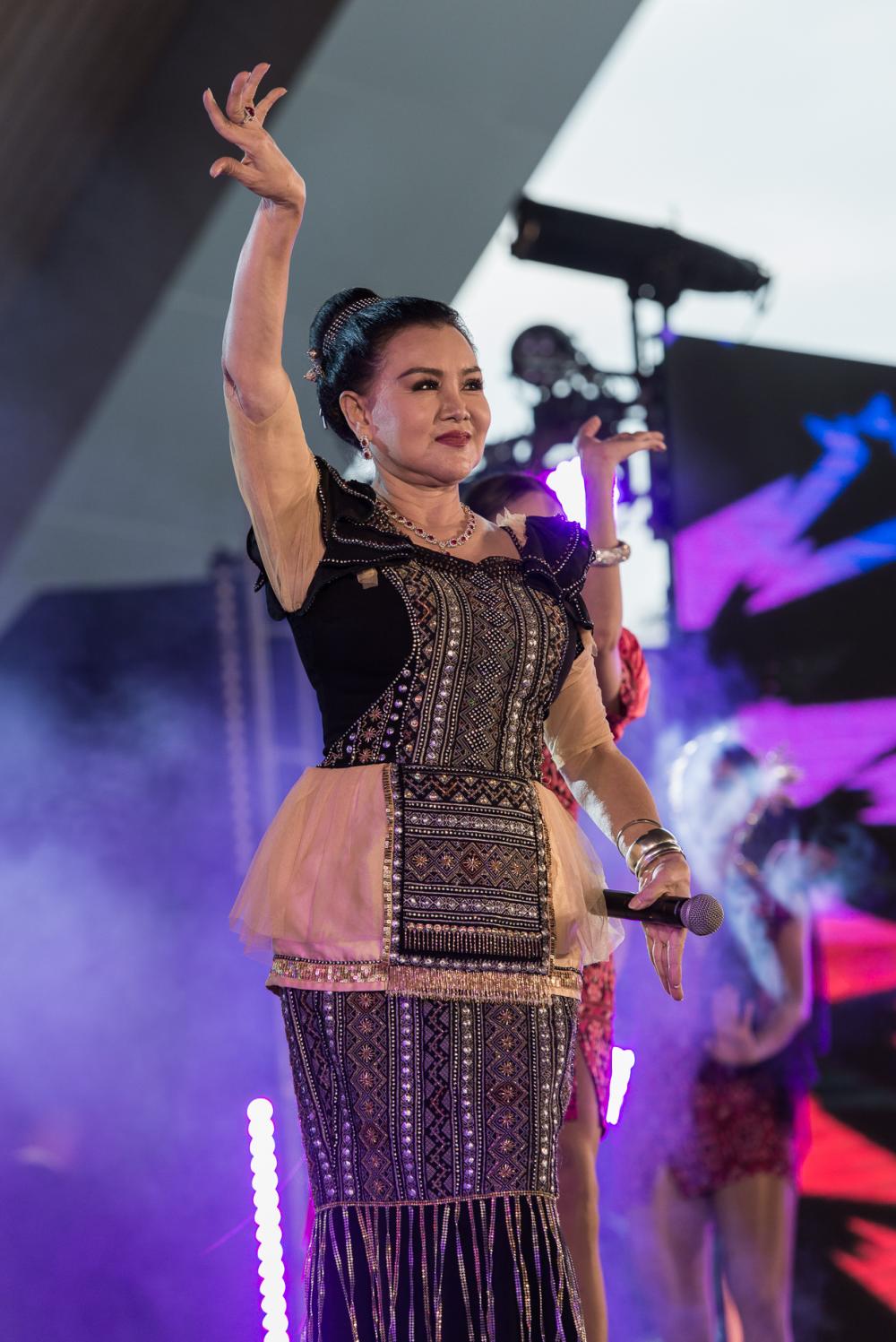 One notable difference with pre-Covid shows was that no-one offered the big stars cuddly toys (an influence that owes a great deal to Japanese kawaii culture) or garlands; instead, Jintara Poonlarp and Tai Oratai received beautiful, hand-made masks (handed over by mask-wearing fans) so that they could protect themselves in these new normal days. Very thoughtful indeed. 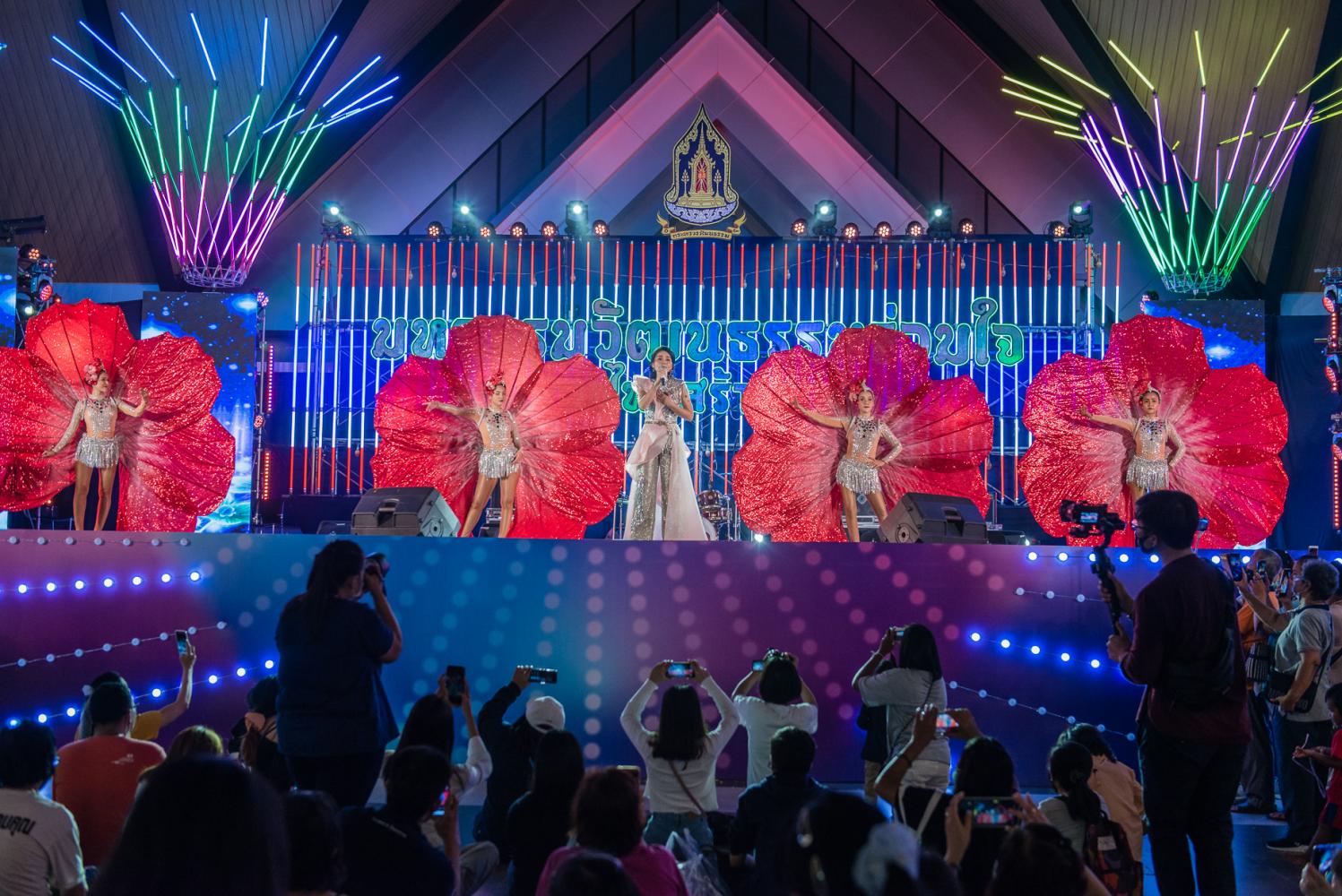 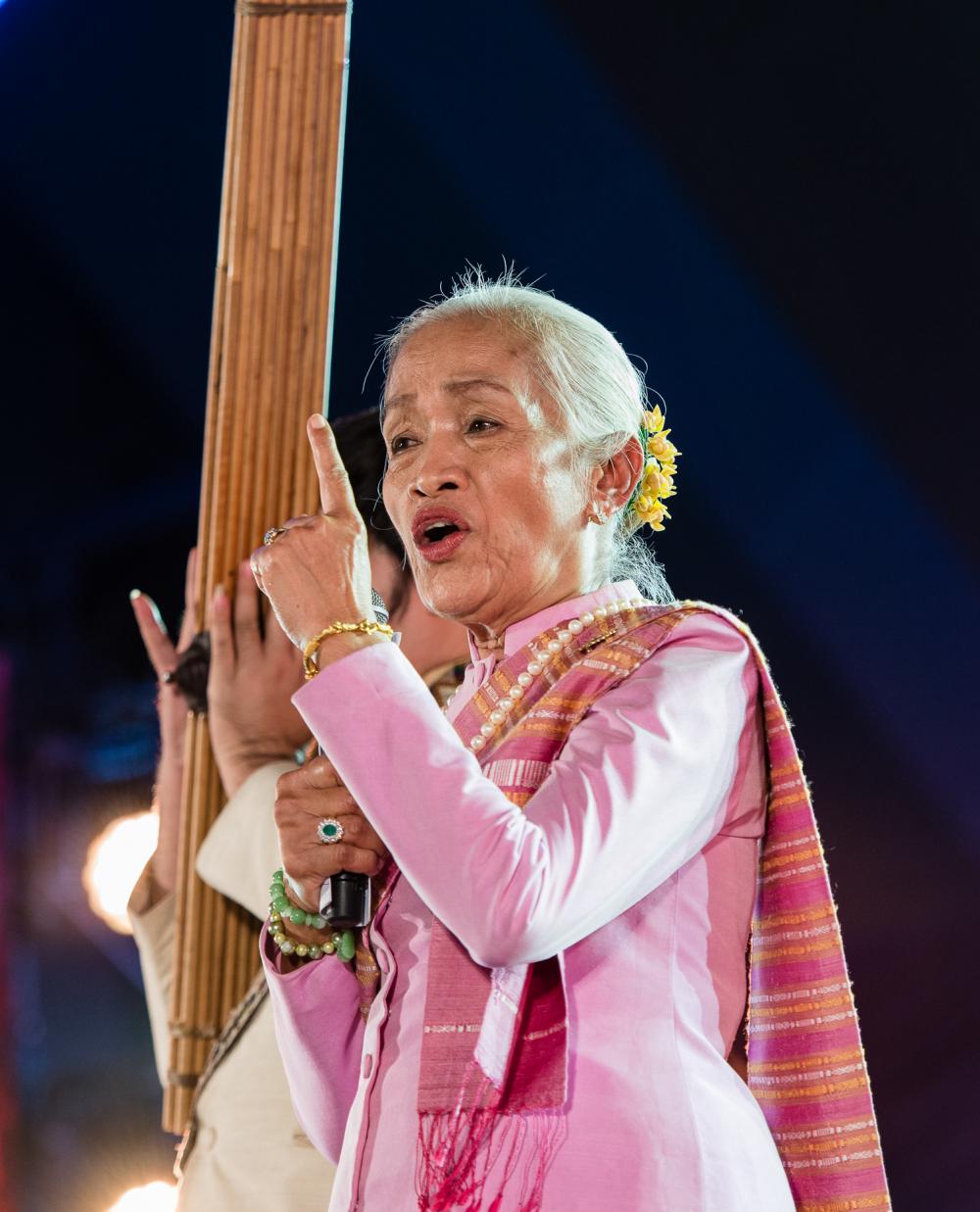 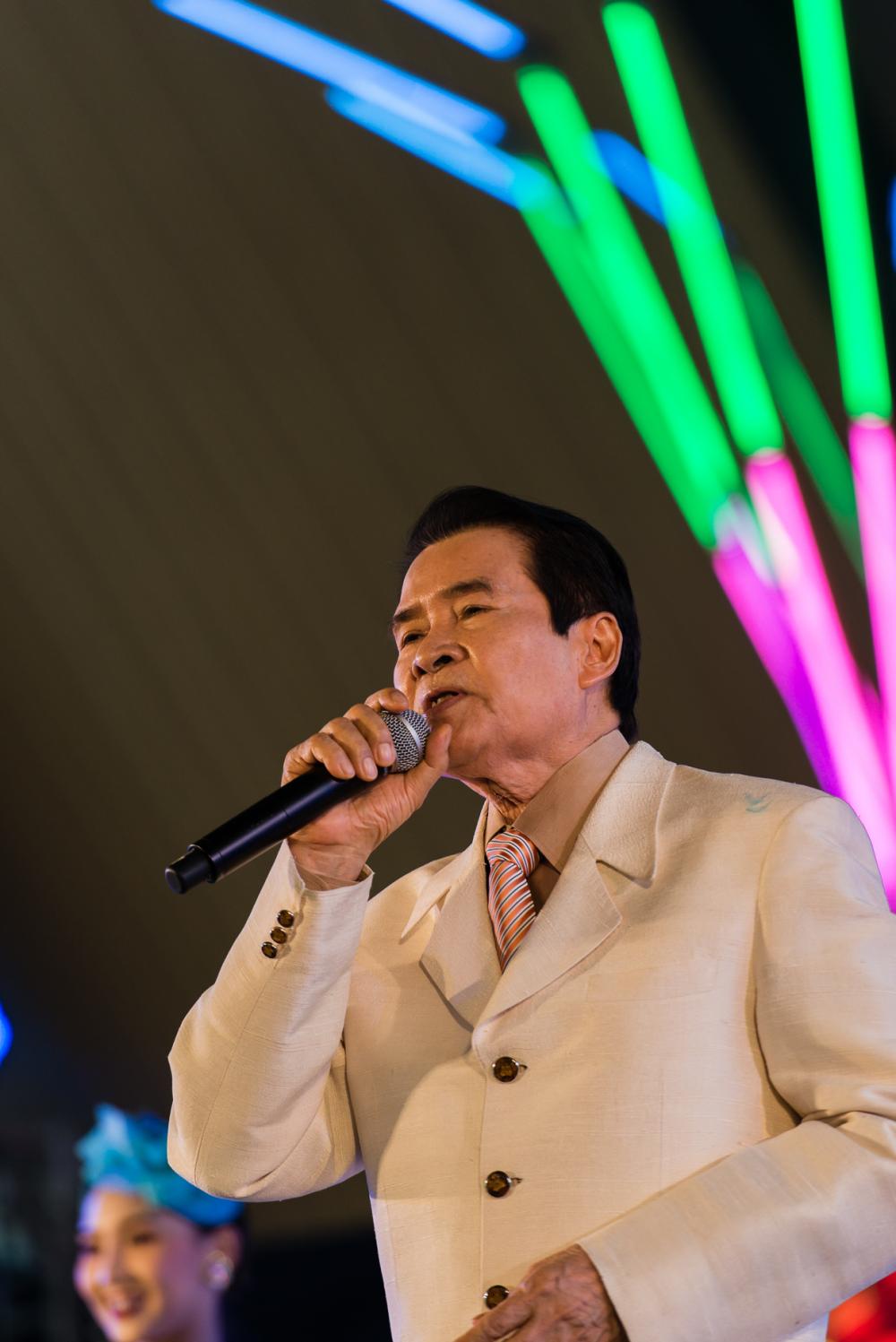 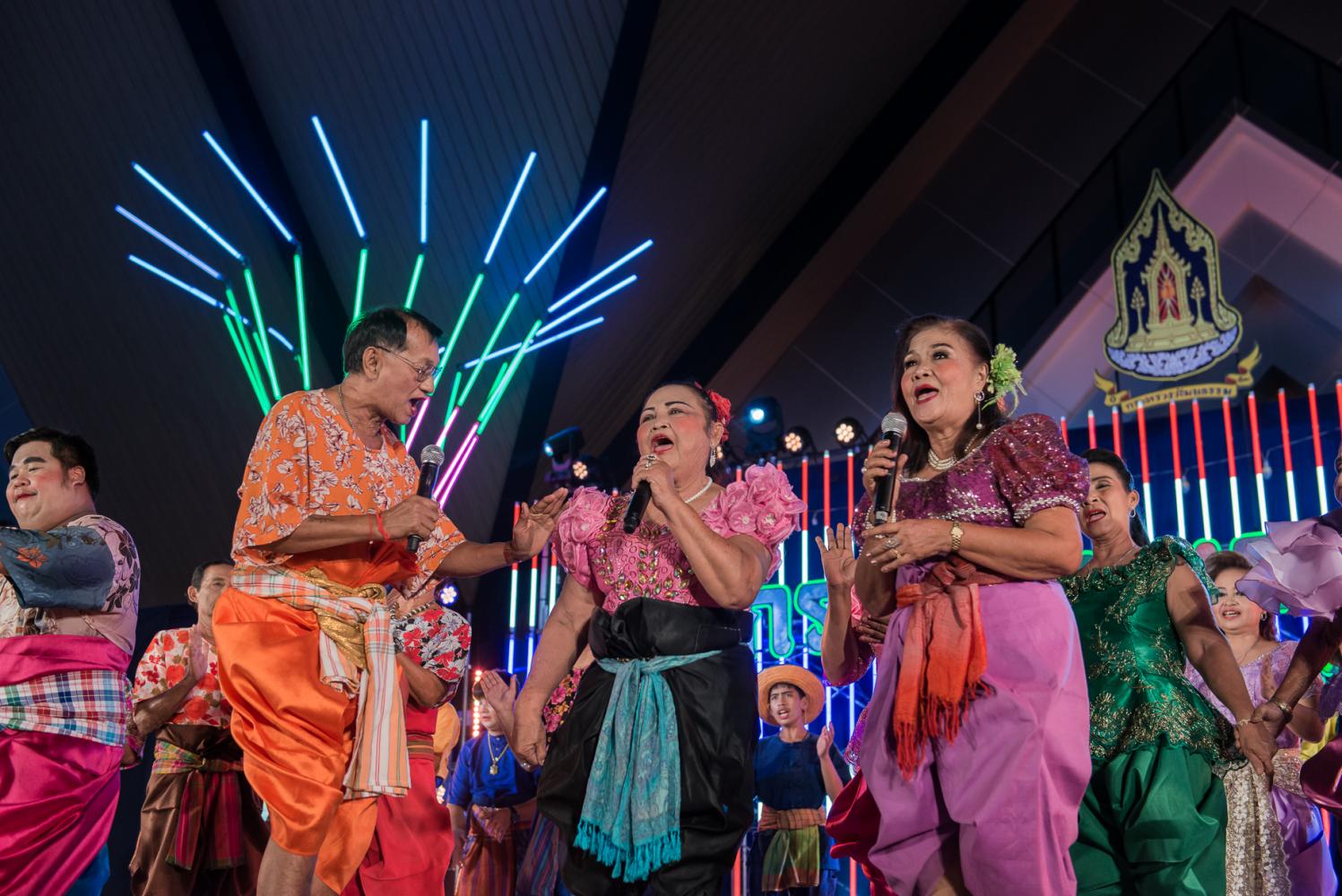 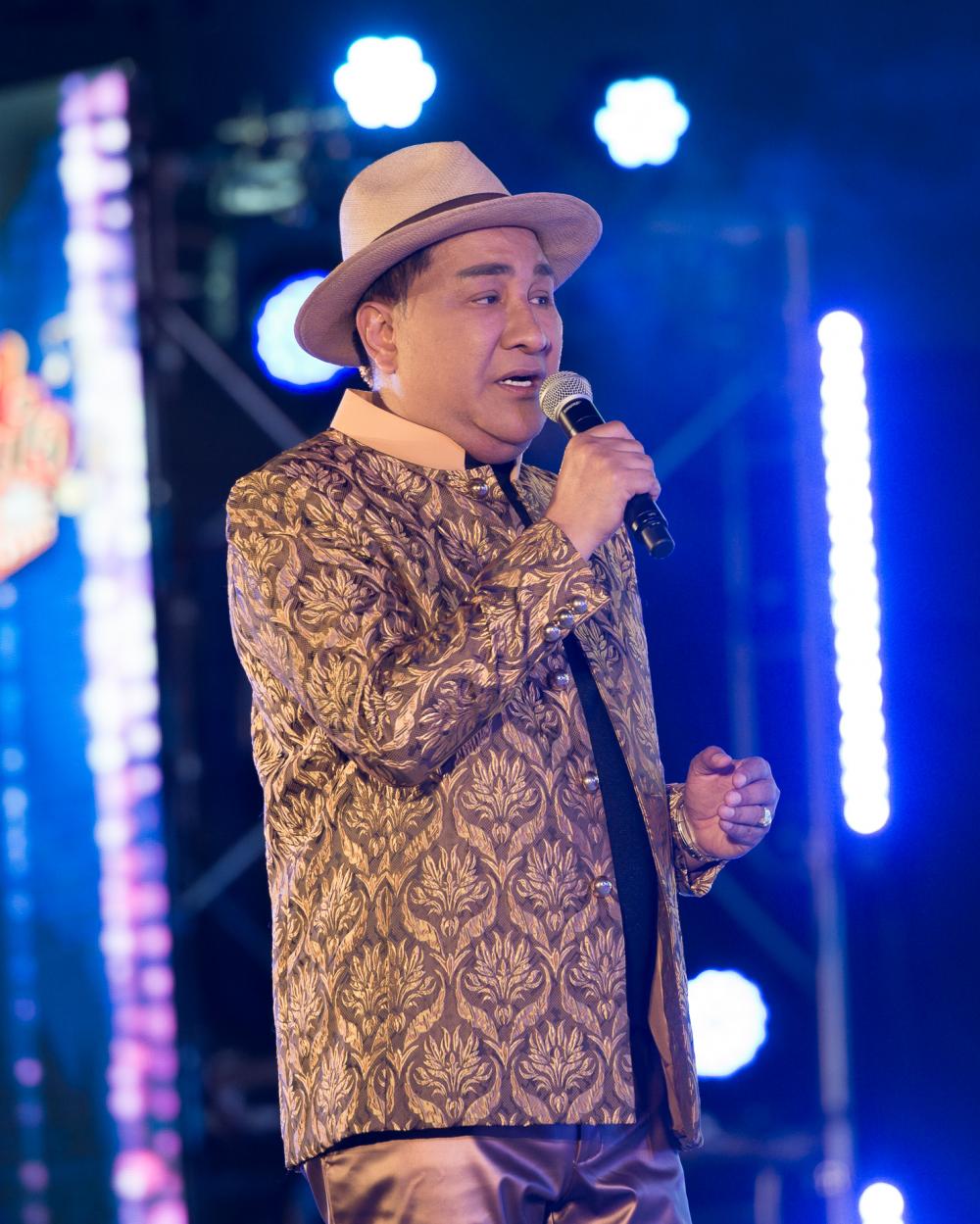