In rejecting virtual concerts, German musician Nils Frahm hopes his new concert album and film will remind fans what live music can be

Last year saw a rise of virtual concerts as it was the only way musicians could perform live and interact with fans.

Due to the ongoing pandemic, live virtual concerts appear to be all we'll get for a while. Many musicians miss the energy of in-person concerts, while others embraced the digital world on their terms.

Renowned German pianist and contemporary electronic music composer Nils Frahm is one artist who chose to offer the live concert experience that way. After dropping a special album Empty, Frahm recently returned with the double release of his new live album Tripping With Nils Frahm, as well as an accompanying live concert film, both out now on Erased Tapes Records.

Tripping With Nils Frahm celebrates the artist's 2018 All Melody album world tour, which saw Frahm perform across the globe at legendary venues like Los Angeles' Disney Hall, the Sydney Opera House and the Barbican in London. The live album was recorded during Frahm's four-show stint at the famous Funkhaus Berlin in December 2019. An accompanying film was created by French director and Frahm's long-time collaborator Benoit Toulemonde who, using only handheld video camera techniques, captured and illustrated Frahm's lauded ability as a composer and passionate live artist.

Life recently caught up with Frahm in his Berlin home in a one-on-one interview via Zoom. The talented pianist discussed his latest release, the reasons why he chose not to livestream concerts, and what he hopes for the future of live music. 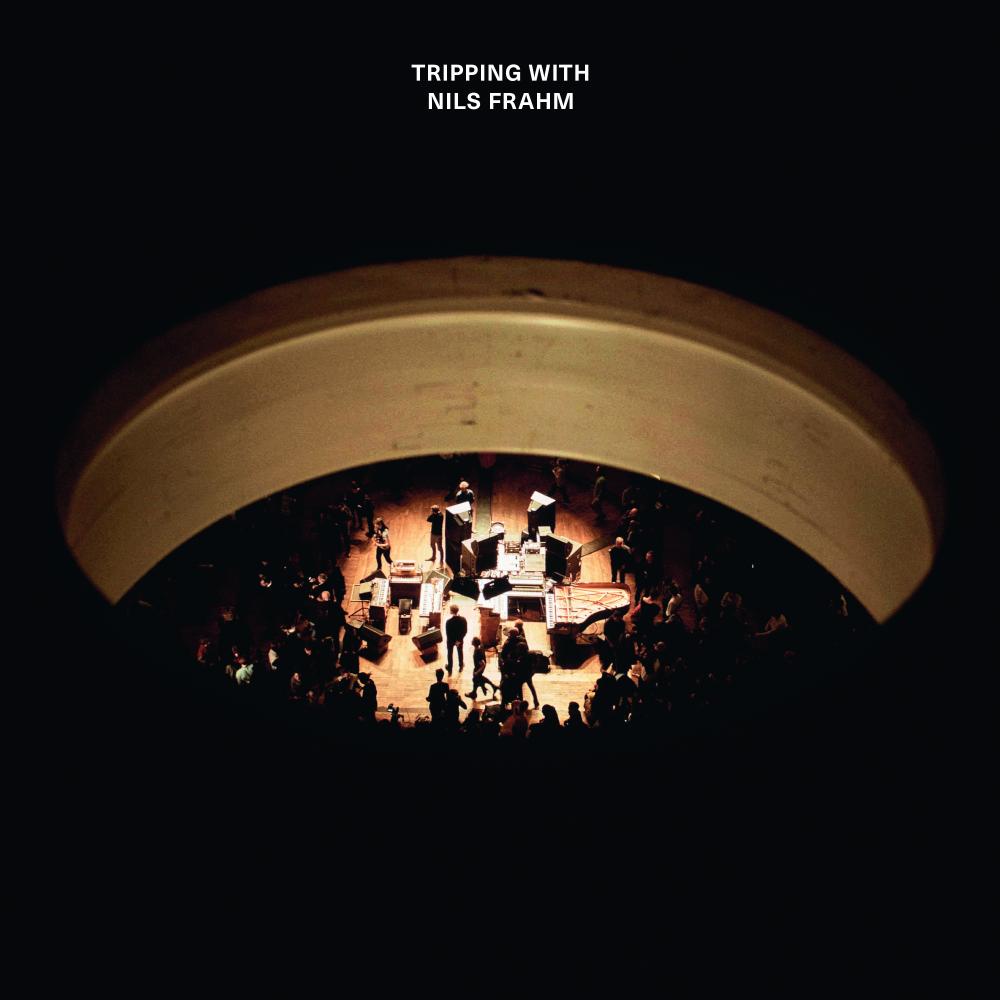 How is your everyday social distancing now in Berlin?

I'm still fine. We have food, and the heat is still on, so everything works. It's a little bit boring sometimes but nothing tragic. I still go outside sometimes, like to the studio and stuff. I hear the news that there are many new infections and deaths since the beginning of the pandemic. The city is not an exciting place right now for sure.

This is quite an ambitious project, to release both a live album and a concert film at the same time. What made you decide to make this into a film, and put your music into this different medium?

Well, I think the soundtrack album is a little bit different from the film version. We basically provide a choice for our audience. Some people might just want to listen to the music and don't want to watch the film; they would just put on the vinyl or listen to the songs on different platforms if they want to. But initially, I think the music works best when you also watch the film. I think it's up to people if they want to see things or just want to listen. Everybody listens to music in a different way.

For those who still don't know about the film and album, can you give us a brief introduction? 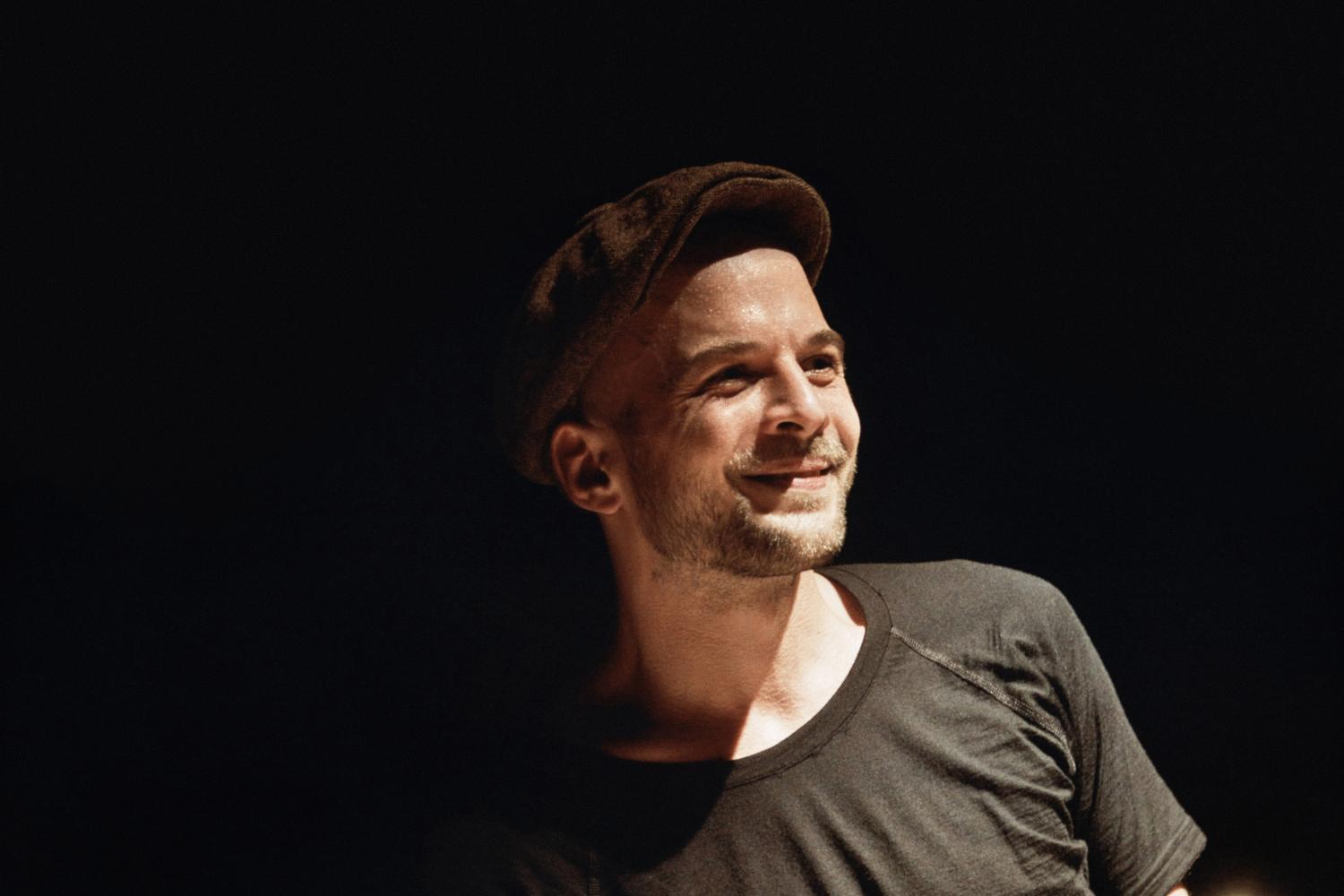 It is definitely a live recording, which we recorded two years ago in Berlin. The last live recording I released was part of my album called Spaces in 2013. And after that, I was basically doing studio collaborations. When I released another studio album All Melody in 2018, it was the starting point for the tour. And perhaps after maybe 100 concerts we were expecting the music on the tour to evolve and go in another direction. And I think a lot of people believe that my music works best when I'm playing live so we thought it's a good idea to document that live cycle, and make it into a film.

Your music direction seems to evolve with each release, especially between All Melody (2018) and Empty (2019). Can you describe the main difference between both releases?

Empty was actually an old recording. It was made in 2011, and on different instruments and studios. It's basically a very simple piano meditation that gives it a different feel than my other albums because there's no synthesisers or overdubs on that album, just piano. And yeah, it is to be expected that sonically my releases are quite different. Some are very minimal, and some are more complicated. All Melody is definitely a very complicated album in a way. It has lots of dynamics and lots of changes and sounds.

How would you approach each musical style within each project? 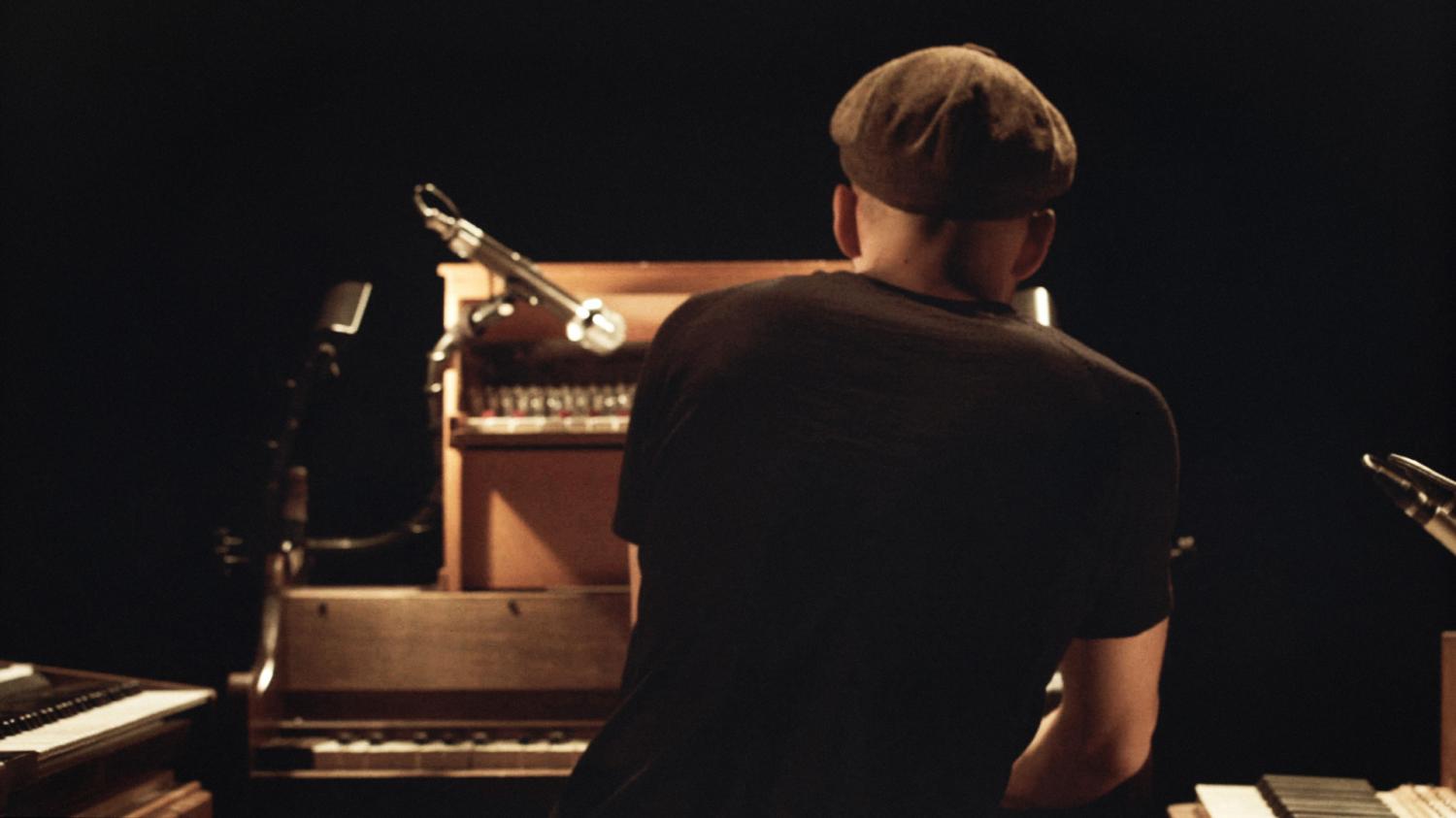 I am always trying to explore different styles in music, and combine different ideas of music and make it my own, if possible. I think I want to create something that I'm still able to enjoy, maybe 10 years in the future or so. When I record something, I want to have a feeling of timelessness. I don't like things which may be completely perfect today, but then you're tired after a few more listens.

Can you share your experience working with the director Benoit Toulemonde? And what is it about the style and techniques of a handheld camera instead of a proper film camera for your latest film?

Working with Benoit is always an inspiring process, because he's such a great artist, and like most of the French artists, they have a more extreme mindset than the Germans [laughs]. They would call you in the middle of the night and talk to you for two hours about the dream they were having. It's very inspiring and very intense, and I loved that. We needed to make the film the best we could imagine and we did many changes and re-edits and even many colour corrections. He would never stop making something better and keeps going further. I know that he can work on a big professional crane and a big production, but he is also able to work on a smaller, DIY set of ideas. And for us the most important was that you wouldn't see too many cameras. We wanted to keep the space free from technicalities. We decided against it so that the atmosphere is more normal, and more natural.

Is it true that during the filming of those concerts in 2018, you asked all other television crews and broadcasters not to film your shows at all? 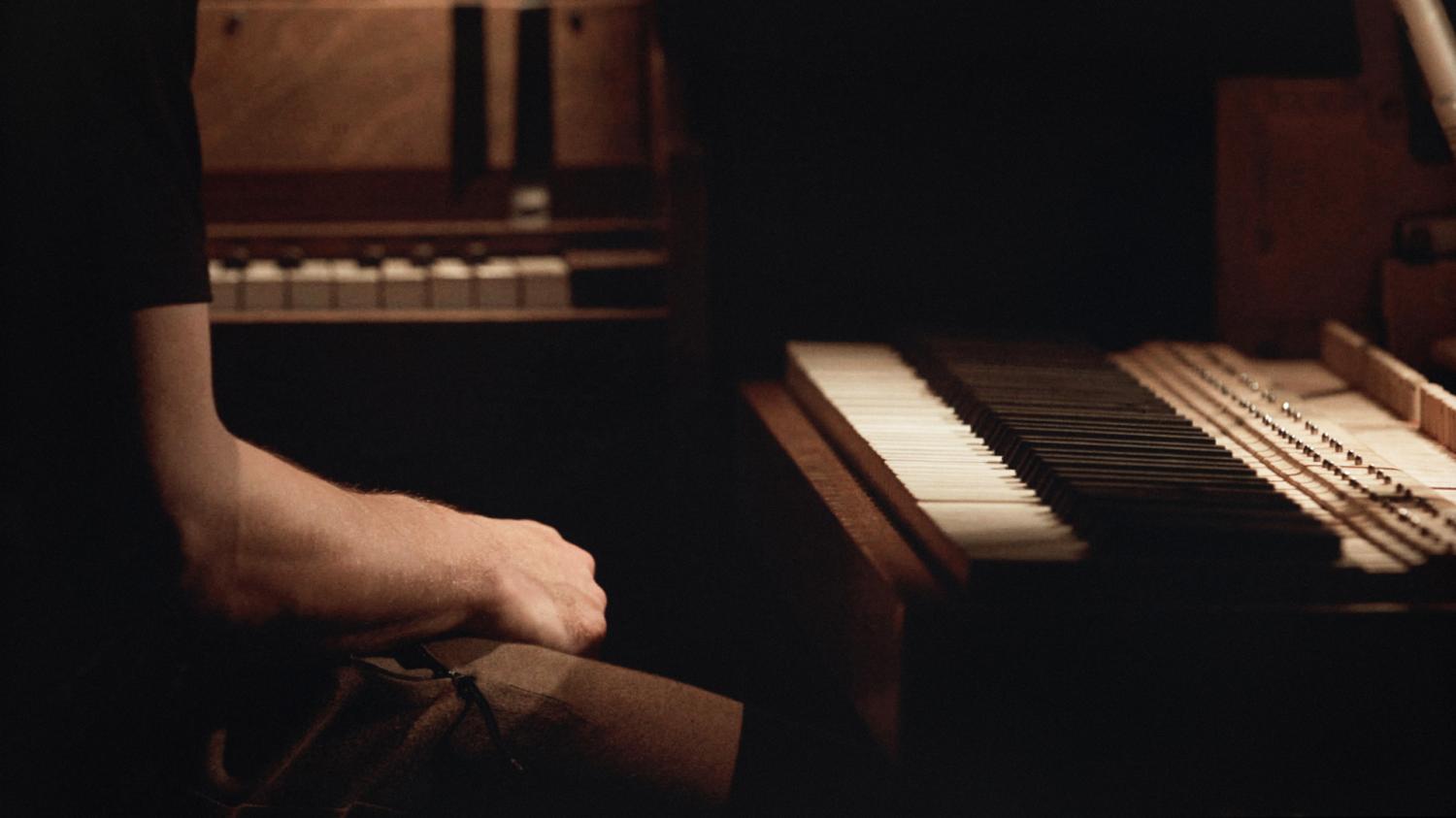 In these modern times, as a musician, you will see quite a lot of footage of your live shows as people have cameras and they film a snippet from the concert or a festival. Maybe there's some element of the show that is not working out, maybe the sound is a little bit bad, or the image quality is a little bit weird. Broadcasting companies, they work in a different fashion. After filming the show, they usually finish editing a project within the same day. Of course, they have a much more professional set-up, but they spend less time on it. So we wanted to gain control over the visual side of the film and we wanted to try to generate a little bit of mystery in documentation, and make a film that is more in the fashion of how we would make an album. So we could come out with our own more quality product of a concept film.

Do you miss playing live shows at all? Have you considered a virtual show?

I was not expected to play shows anyway because 2020 was basically the end of our tour campaign. So we didn't have to change our plans much. We decided to go with our plan of taking a break, and going back to the studio and working on new material instead. No, I'm not interested in the idea of virtual concerts. I don't like to try new things in public. I wasn't intrigued to test new platforms or new start-ups. I'm not going to support whatever technology that is replacing live events. I think we have to sacrifice certain things right now, and we have to respect that certain things aren't happening. But there's still a whole other range of things we can do right now and I would not run in the direction where we try to emulate everything that we cannot have. 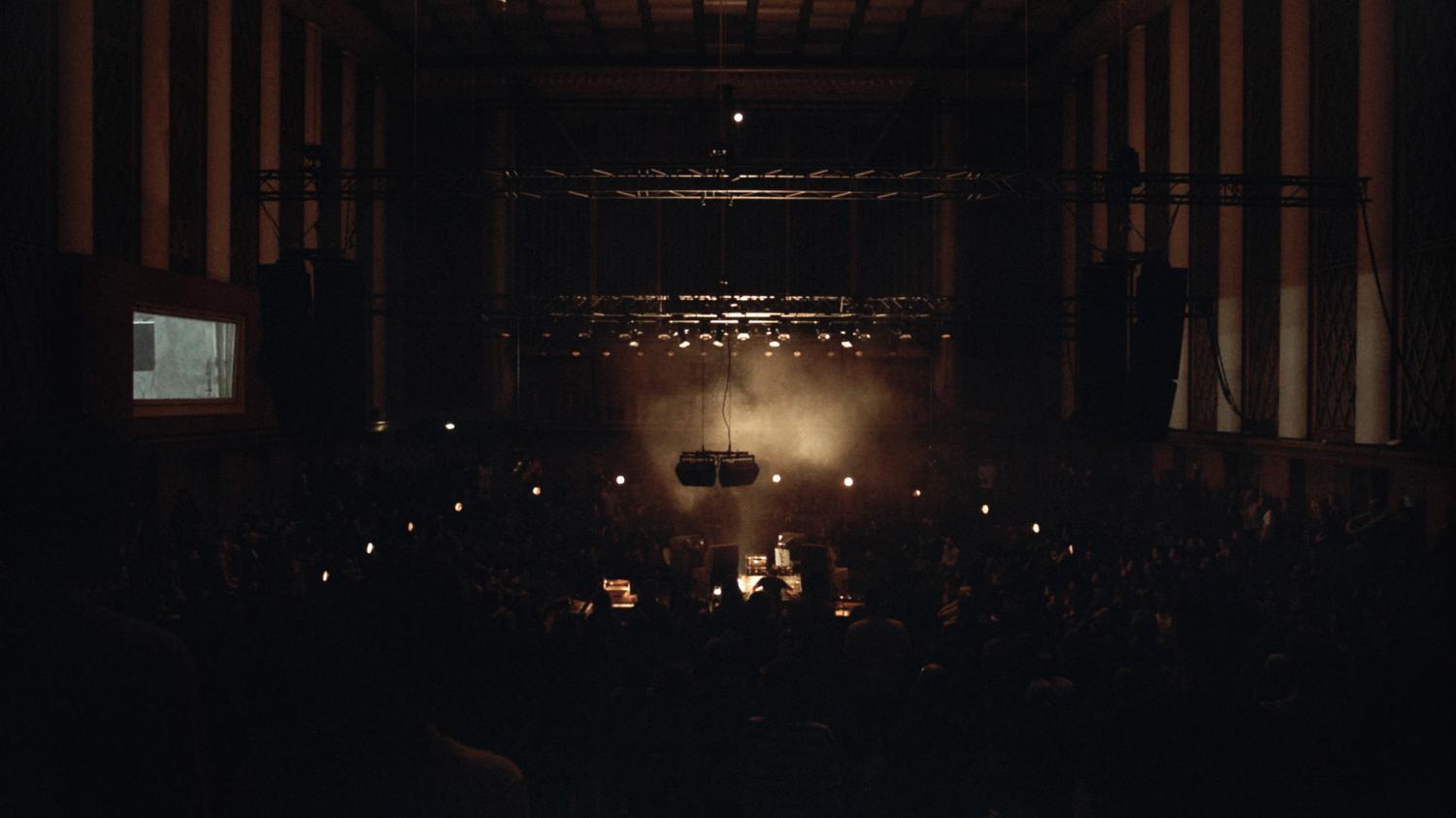