Connecting the classic to the contemporary
Life
Arts & Entertainment

Jumping out of the National Theatre, the two-part project "Khon: The Human Body: Embodiment, Knowledge Management" is billing itself as a bridge to connect the traditional khon masked dance with young generations.

This is the collective efforts of the Office of Contemporary Art and Culture, Fine Arts Department, 18 Monkeys Dance Theatre and veteran khon specialists to conserve and educate people about Thailand's cultural heritage.

"I consider myself a communicator, educator or curator. I'm a historical-based person, who has used contemporary methods to communicate messages with people. We realise that people in the present day know the history of khon but it's hard to relate to. Khon is about gods and there are multiple interpretations over time. Ramayana, however, takes a non-different form," said project director Thanphuying Sirikitiya Jensen.

"This project consists of dance performances and videos, making it an open space for people to learn, interact and interpret. History is not dead, it is moving. There are different ways to distribute knowledge, every knowledge management professional does the same thing with the goal to make people connected to their content. It's about a balance of information. We want to make heritage alive. It's like we're fighting against the time."

On Thursday and Friday, the project will kick off with a screening of the 60-minute documentary film Miscellany Of Khon at Lido Connect. Focusing on traditions and miscellany of khon and the Ramakien epic, visitors can learn about khon narrators, sacred strings that khon artists hold in their mouths while performing, the origins of the chui chai prelude dance and nang khon, where men play the roles of female characters.

"It's not just books, but we can learn from talking, performances, Thai music and food. Sometimes when listening to music I learn more and understand things on a deeper level without actually having to know the language well and having to read. It's about exploration and experimentation with different tools to create different sensory experiences," she added. 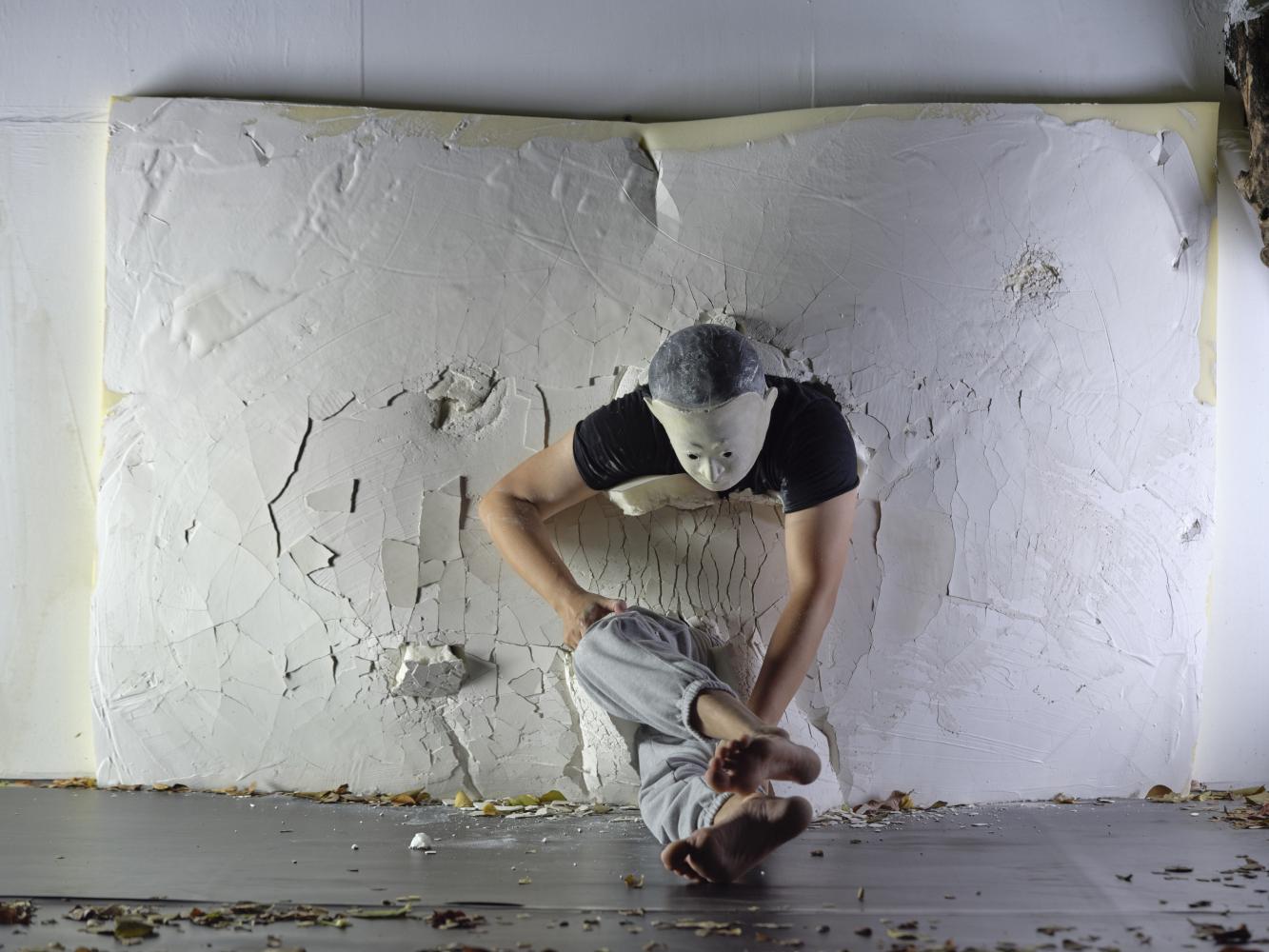 The documentary paves the way for an interesting programme of contemporary dance performances, exhibitions and roundtable seminars that will run from March 18-27 at Lido Connect and Neilson Hays Library. The film will be rearranged to broadcast online in five episodes, expanding its reach to younger audiences on social networks.

"I didn't grow up in Thailand, but I had an American education. When I came back to Thailand, I tried to understand myself, so I went to a library and picked up a book and read Thai history. I realised that the old Thai is quite hard and I found information is difficult to access," said Thanphuying Sirikitiya.

"There are so many elements of khon. The art form will have more meaning if people can understand it. When looking at its core, it will help people perceive it. Khon is a challenge. I think there's something special to make people feel connected to khon on a deep level. Today, we live with the traditions, which are derived from the traditions of khon and Ramakien epic, but we don't realise."

During the Ayutthaya era, khon masked dance grew out of performing arts in the royal court before becoming popular with the public during the reigns of King Rama VI and Rama VII of the Rattanakosin period. Like nang yai (shadow play) with two-dimensional movements, it's presumed that khon was also inspired by mural paintings of the Ramakien.

Following the belief systems, khon masked dance refers to temporary cosmology, in which audiences can see a god dancing in heaven. The beautifully embroidered costumes, headdresses, choreography and masks with different facial expressions can identify the characters of deity, demon and monkey. 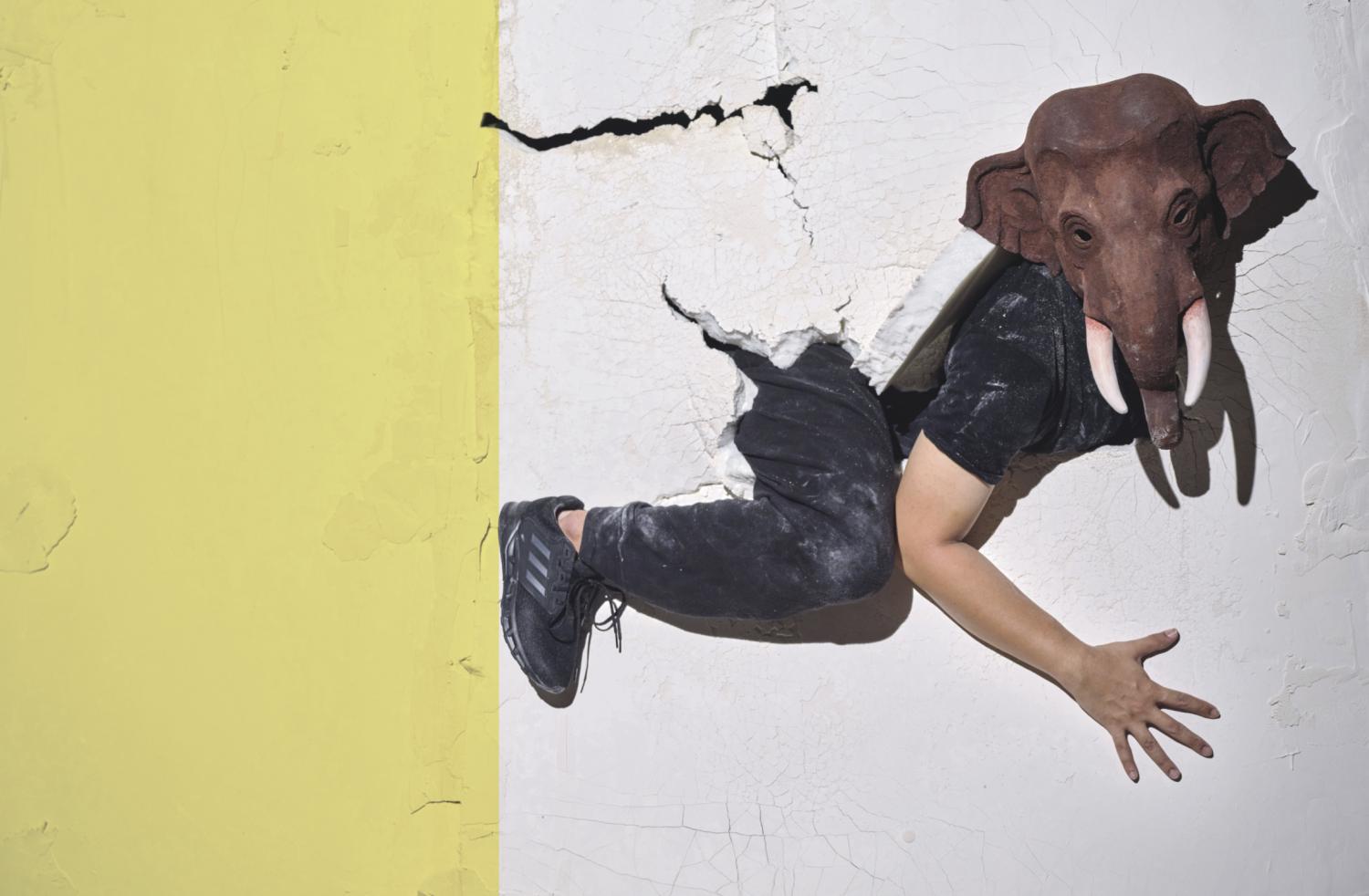 "The khon masked dance is spiritual and transformative. It is similar to Angkor Wat, which was built according to the Hindu belief systems connecting heaven and Earth to create temporary cosmology. This is the same core, that's why everything is elevated, even the language in the dance. It's like gods are dancing in heaven, so everything is slow and graceful in regal manners," said Thanphuying Sirikitiya.

"It's about techniques to maintain grace throughout the performance. The khon mask is the gateway to the god when you put it on. We want to have people understand the root of the art so that they can connect with it."

The five-day programme of the Melancholy Of Demon performance will take over the stage of Lido Connect from March 18-22. Conducted by Jitti Chompee from 18 Monkeys Dance Theatre, it will recount the journey of the 10-faced demon Tossakan in a modern way.

To create the choreography, Jitti works with the architecture of the body, which corresponds with how the khon dance is constructed. The traditional choreography arranges the khon mask, costume and body postures to complement each other in shape and proportion.

"Possibly, khon might be inspired by a mural painting of the Ramakien epic. Then we won't dance on the floor, but on the wall instead. We will use sculpture installations rather than the painting in storytelling and creating landscape," he said. 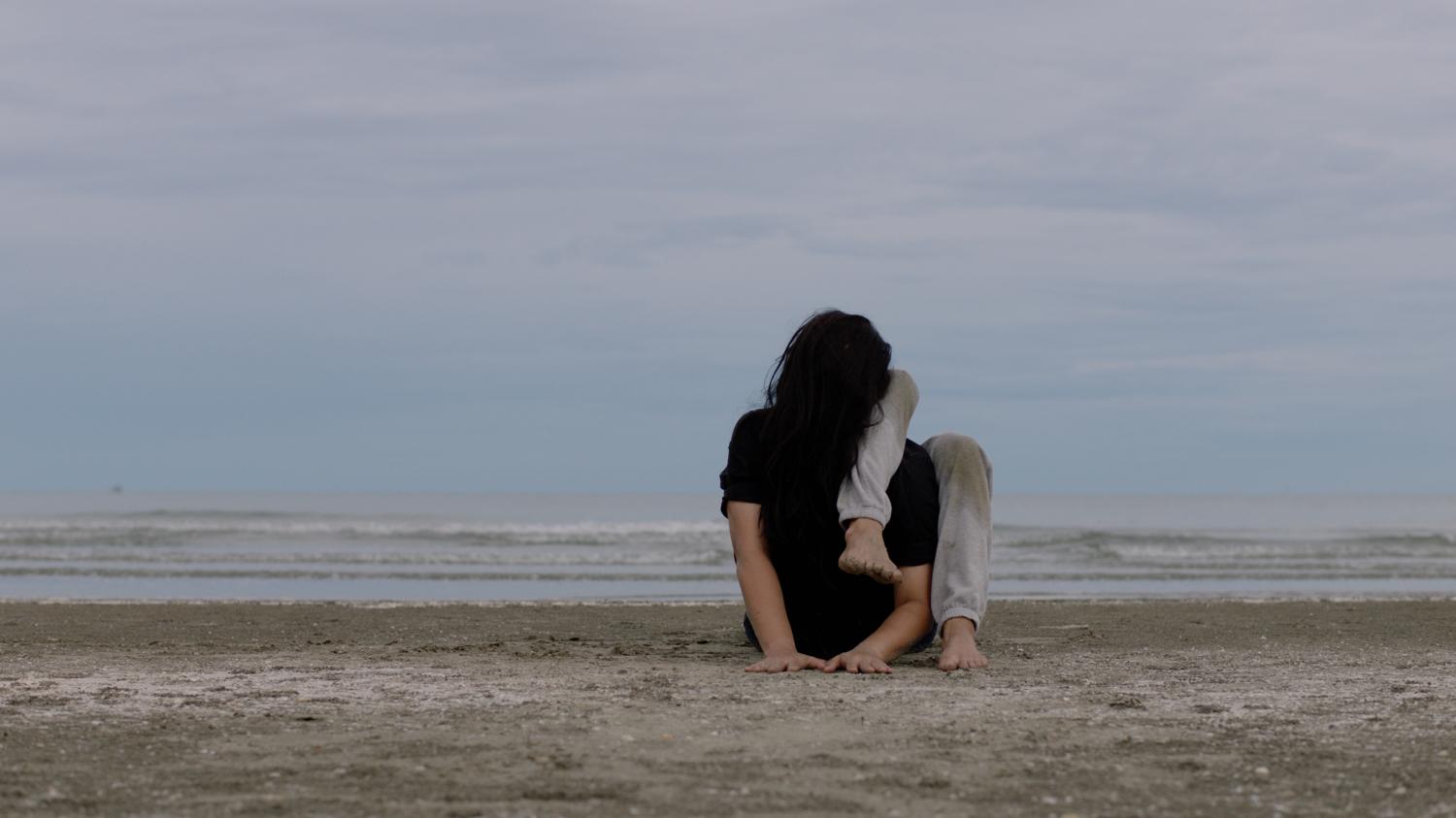 His performance will uncover the depths of Tossakan. For example, he wears a flower behind his ear while performing the chui chai dance when he knows that he's going to succumb to death at the hands of his enemy Rama. This reflects that he's brave to face his destiny by dressing up beautifully at the end of life.

"We talk about Tossakan because it's a character a lot of people connect with. Actually, he's a mirror to Rama. People connect with him because he is very complicated, romantic and kind. We change the perspective and perception of how people process," Thanphuying Sirikitiya said.

"Using different methods, we focus on characters and physical techniques. It's about working with the old but the information is new. We want to show a different side of khon that creates more connection."

With khon narrators manipulating performers, Jitti probes into the mechanics of movement that is devised around storytelling and character expression. Through a minimalist approach, he investigates narrative possibilities within the systems of body architecture, moving sculpture and dance scenography.

The khon mask itself seems like a sculpture that can express a spectrum of emotions, while a shift in angular degrees of the head at a specific time can convey a significant change in the character's state of being and communication. 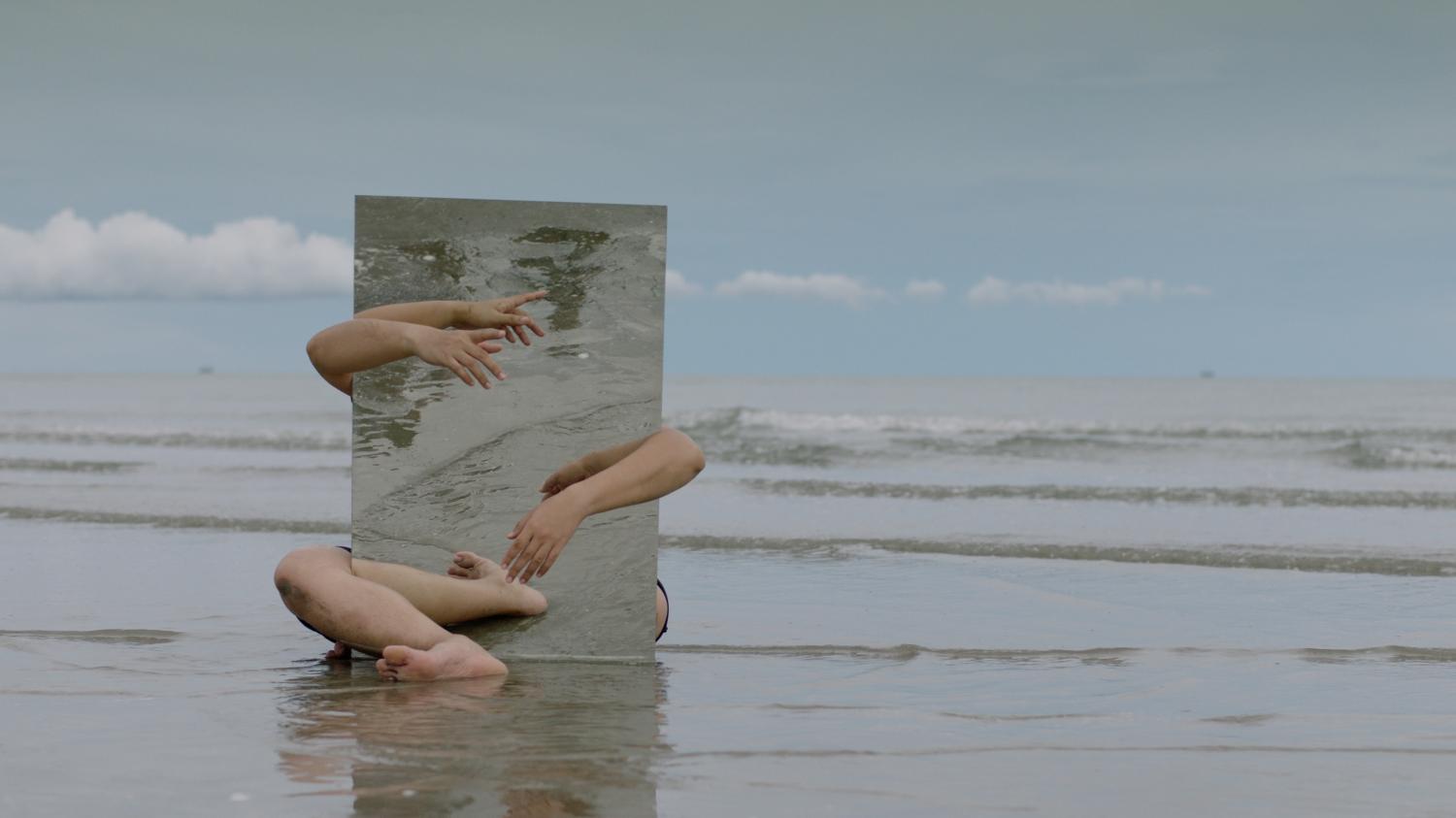 "Narrators play a significant role in the khon performance. They use voice to manipulate and connect with performers. It's different from nang yai because dancers are not an object. Khon is high art, but it doesn't mean performers have no right to improvise. With experience, they can interpret in their own style," Jitti said.

"This inspired me to create a dance performance based on khon's roots. Khon is not only performing art, but it's about graceful language and culture. So, I don't want to reconstruct anything."

On March 27 at Neilson Hays Library, visitors can register for the roundtable seminar on "A Dialogue With Khon: What Could It Be?", "Body Architecture And Miscellany Of Khon" and "Bridging The Traditional To Contemporary Art". 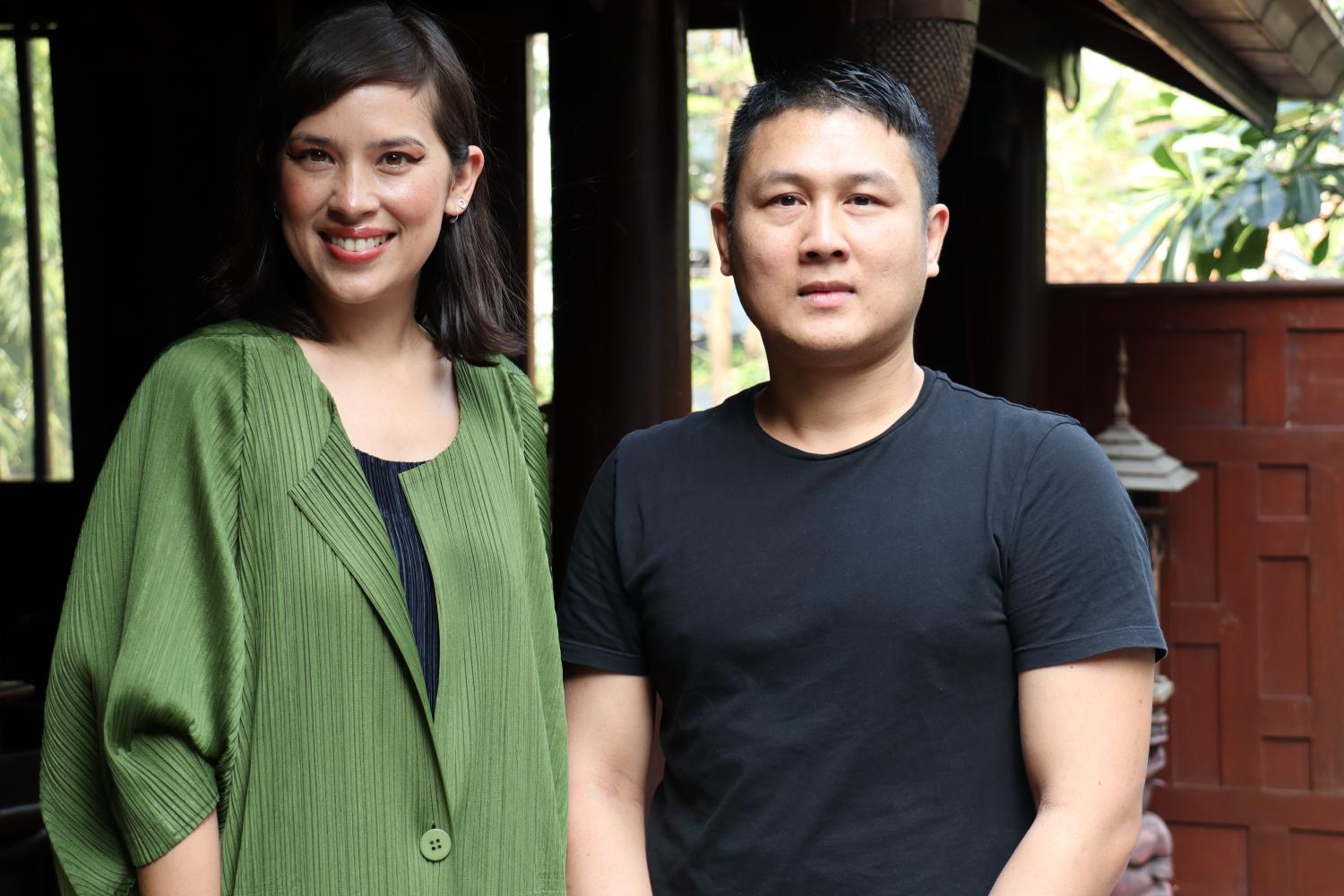