Exploring immortality and the value of life
Life
Arts & Entertainment

Cautionary tales of the human pursuit of immortality -- be it animating a lifeless corpse or inventing new species -- have been passed down for generations. However, rarely does anyone recount the story of Chinese explorer Xu Fu, known as Seobok in Korean. In those days, Chinese Emperor Qin Shi Huang had ordered Xu Fu to sail east in search of the elixir of life. The legend has now inspired the new sci-fi action blockbuster Seobok, which features an all-star cast with over 250 million baht invested in its production.

In the movie, Ki Heon (Gong Yoo), an ex-intelligence agent who is terminally ill, is sent on a mission to protect and transport Seobok (Park Bo-gum), a genetically modified human clone who grows up two times faster and holds the secret to eternal life, to a safe place. However, they come under attack from those who want to lay hands on this specimen.

There are emotional scenes because Ki Heon quarrels with Seobok who sees the real world for the first time. Gong Yoo said the director told him to use Dustin Hoffman and Tom Cruise's relationship in Rain Man for reference. The trailer shows the coming of age of the 10-year-old human clone who leads a cloistered life in a laboratory where he is subject to experiments. He learns about the outside world through books. When he is with his guardian Ki Heon, he gets the chance to wear colourful clothes, eat instant noodles and meet real people. 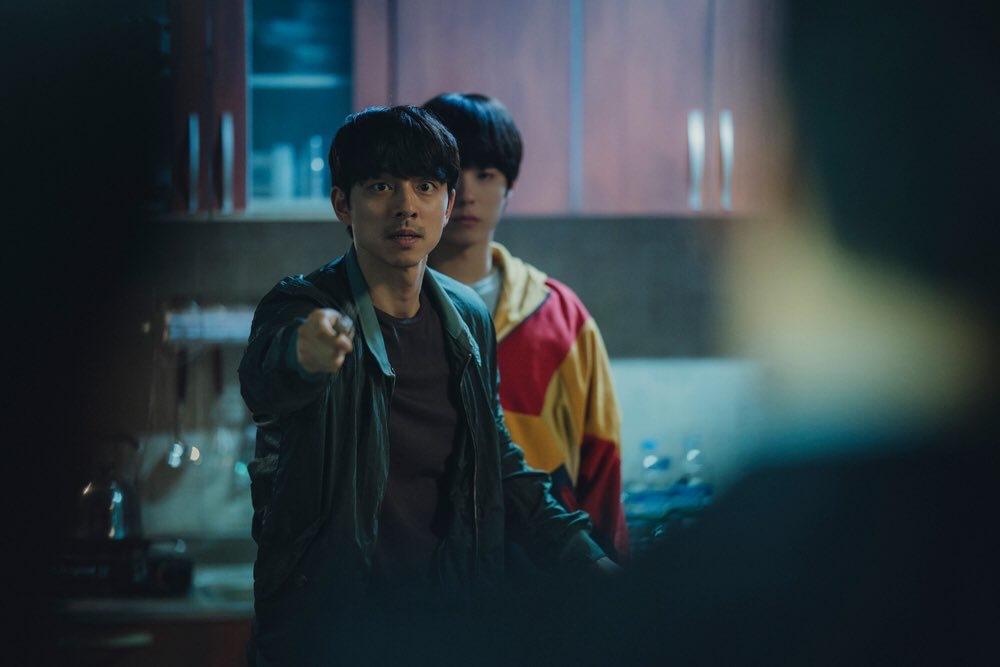 "Living a life is beautiful," he says while looking at a field in sunlight.

Director Lee Yong-joo, the mastermind behind Living Death (2009) and Architecture 101 (2012), breaks new ground with two male protagonists. When he drafted the plot, Lee considered creating a female clone but he changed his mind because if there is a romantic relationship, it will be a cliché. He believes that human cloning will happen very soon, but the only problem is its breach of ethics.

The film comes a decade after the dystopian predecessor Never Let Me Go (2010) explored the fate of Hailsham students who were cloned for organ harvest. It is an adaptation of Kazuo Ishiguro's eponymous novel. His recent work Klara And The Sun also touches on the relationship between robots and humans.

Mongkol Cinema is the local distributor of Seobok. It had postponed the release date from Dec 30 last year. It was premiered in special rounds on Monday and will be on general release from today.

Watch the trailer at youtube.com/watch?v=eC2c4hH6Swc.