What you believe, you receive
Life
Arts & Entertainment

What you believe, you receive

One of the leading contemporary artists known for her unique characters and style, Lamphu "Leam" Kansanoh presents social satire in hilarious and creative ways through paintings with hidden messages behind them.

In "Hed Nai Sing Tee Cheu (Do What You Believe)", Leam explores the influences of beliefs in our real-life actions in 11 caricature oil paintings, which are on display on the 3rd floor of Central: The Original Store until Jul 25.

The exhibition explores how people have their own beliefs regardless of whether there is a good reason to support them or not. Sometimes we know and see the truth in front of us, but we still choose to believe in what we want it to be. Leam also reflects on how Thai society has been disrupted by differences in beliefs while hoping her work can remind people to listen to others more. Guru speaks to Leam about her social satire caricature exhibition. 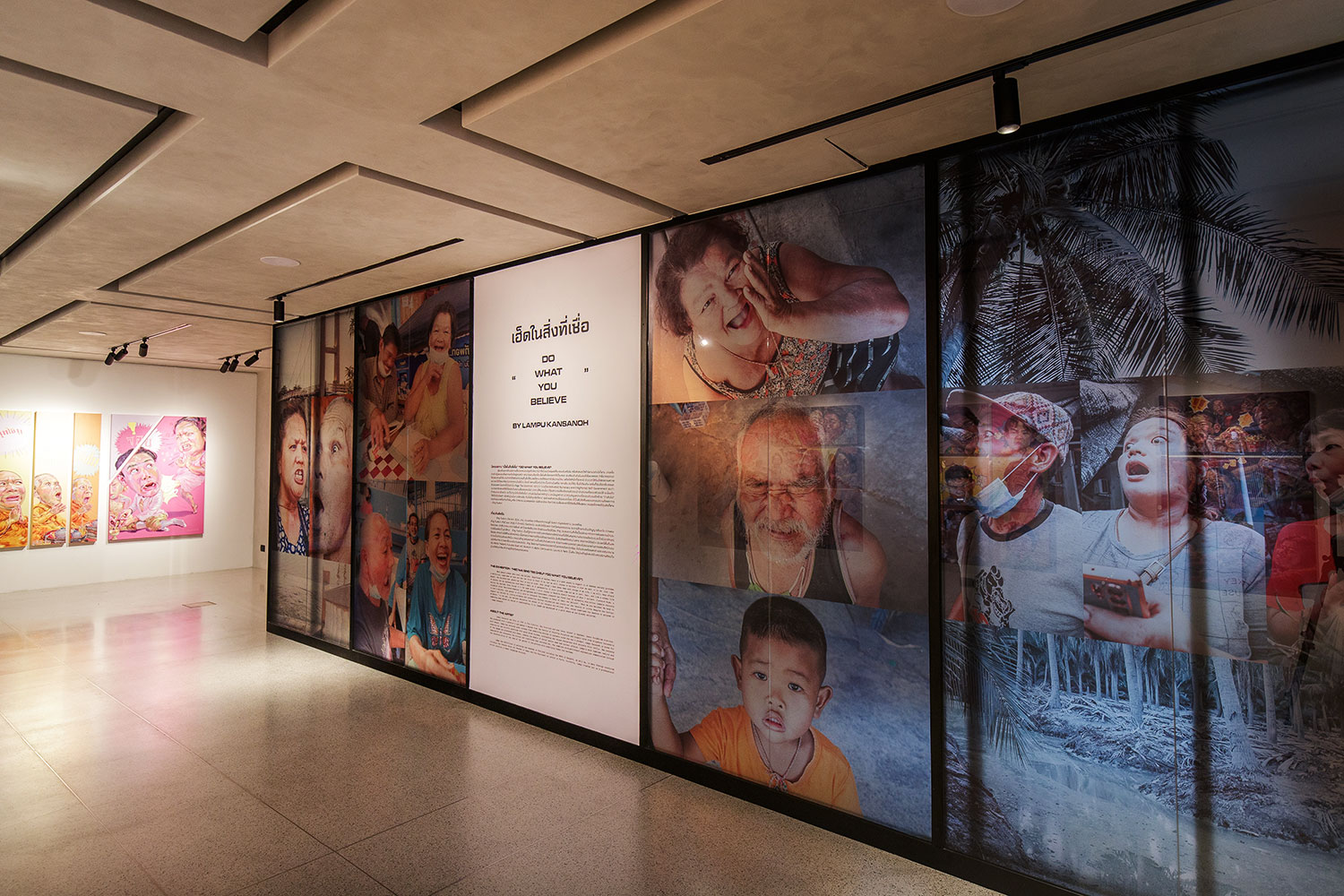 How would you describe your style?

Caricature would be the perfect term to describe my style. All of my works are inspired by surroundings and current situations, and I recreated those stories and expressed them through a comic, in the form of sarcastic social questioning. I would say that the 'Hed Nai Sing Tee Cheu (Do What You Believe)' stands out in comparison to my previous work because instead of a typical painting frame, all of the paintings in this collection are presented in comic strip style. They are divided into different chapters, presenting continuous plots with deeper meanings. Also, this exhibition is focused more on up-to-date news, such as Pimrypie's stories and the Covid-19 situation, so it's more relatable for audiences.

What was the inspiration behind the exhibition?

There is a difference in the understanding of people from different generations. We grew up with different attitudes and in different surroundings, which is why there's nothing wrong with people seeing, believing and talking about the same things differently. On the other hand, the age difference doesn't only affect one's perspective, but self-absorption is also involved. So, we can do anything we really believe in, as I already stated in the name of the exhibition. 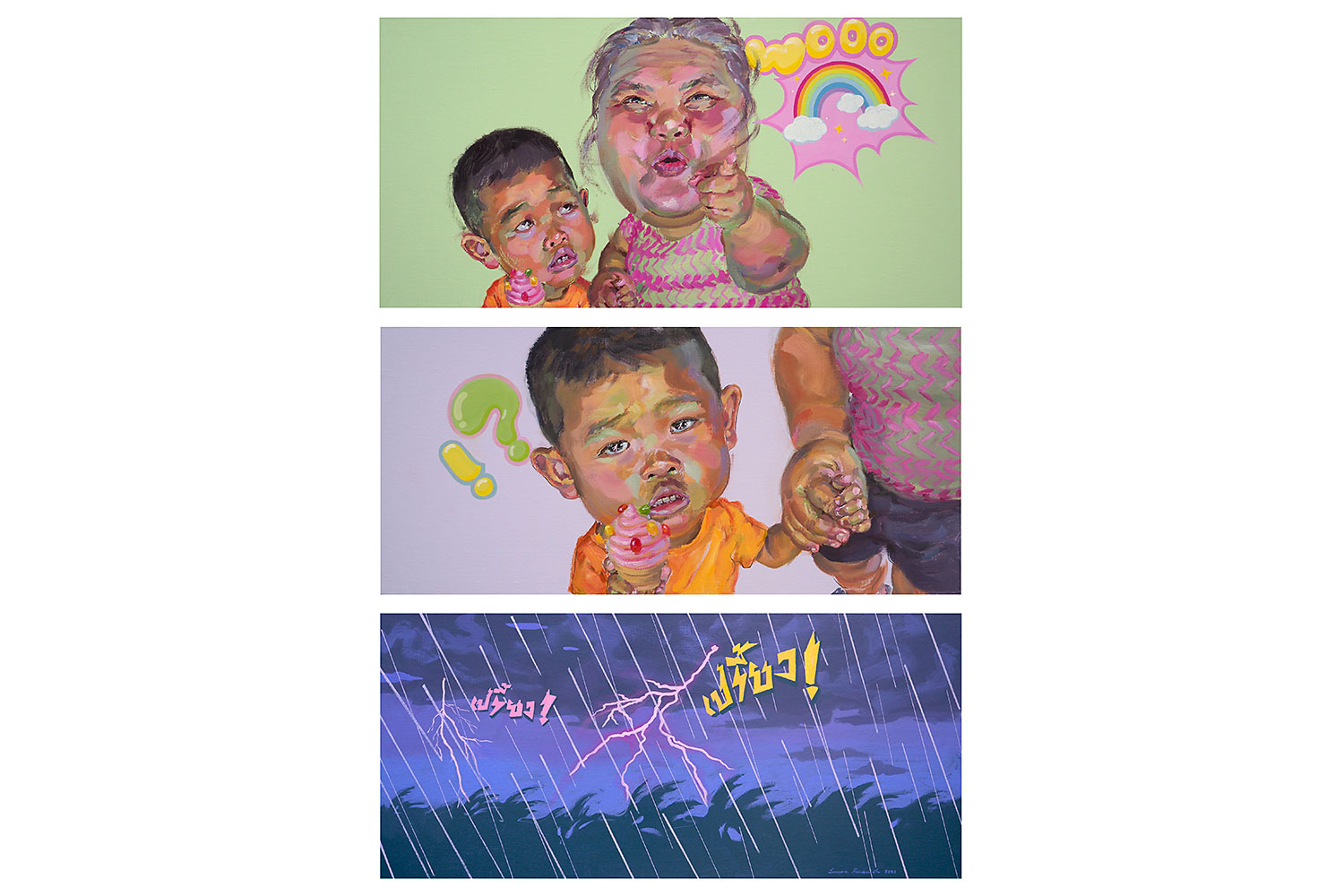 Is there any message behind caricature characters?

The more massive head of caricature characters, the more sentiment we feel from their faces. Their emotional faces are telling the audience different things from joking, sarcasm and ignorance. Besides, my caricature characters also convey messages. The funny stories and ridiculous faces were based on the unpleasantness of society, which has been neglected and seen as a joke.

What is your favourite painting among these 11 pieces?

My favourite one is Holy Shit 2021. It portrays the duality of good and evil in Thai society. It is based on viral news of a love triangle wedding, showing the husband marrying his mistress. His wife attacks him while putting her hands in prayer at the same time as the shocked monks blesses them. It presents the false belief of some people who think every sin can be expiated by making merits.

What stories do you believe despite scientific research to contradict your beliefs?

Ghosts would be my false belief. I believe ghosts haunt me only at night. Even though I have never seen such things, I am very afraid of ghosts. Despite there being scientific research to debunk apparitions, our culture has been deep-rooted in superstitious beliefs. I bet many Thai people are superstitious because our lives are immersed in myths, fiction and movies that are involved with mystery. Also, we rarely question our conservative culture. 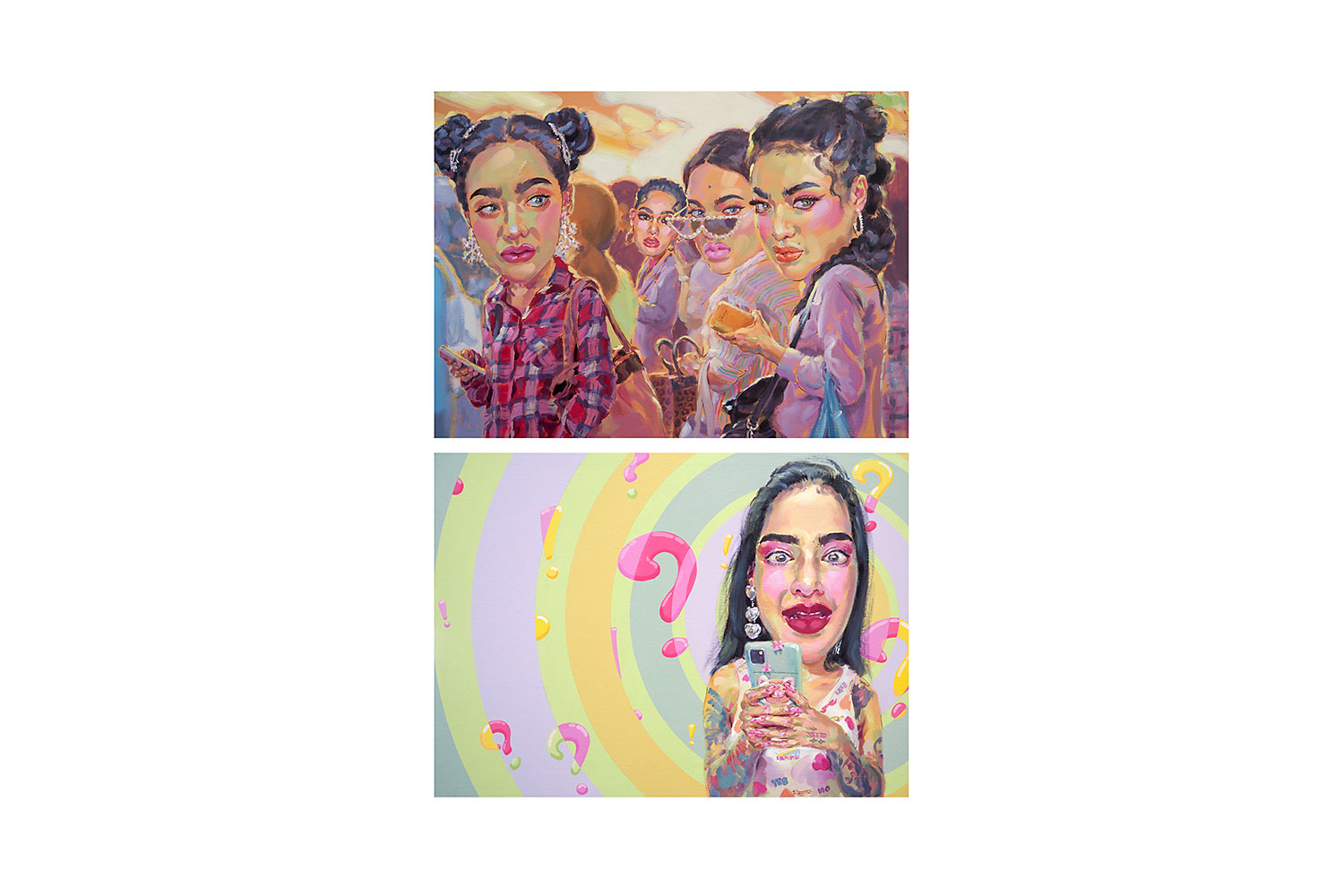 For You Are The One 2021, why do all women look like Pimrypie? What do you think about the Pimrypie phenomenon?

To me, Pimrypie is more than just a net idol. Many people these days, including me, saw her as an inspiration for doing good deeds. If it's not Pimrypie, then who else to represent the people this year? So, the message I'm trying to convey through You Are The One 2021 is that everyone admires and wants to be like her. Actually, this painting is a continuation of Make It Happen 2021, which is about a woman who is willing to get her face transformed through surgery to look like Pimrypie. On the flip side, I'm also implying that, instead of getting cosmetic surgery to look like their idols, people should imitate her selfless acts instead.

For At The Moment 2021, why do the adults faces look happier than the children's?

Honestly, I'm mocking the current situation where one sees the same thing but the reactions are poles apart. It is about adults who grow up happily living in a familiar environment, while kids nowadays are so desperate when looking at their future amidst the chaotic world.

Do you have any advice for those who are struggling to cope with different and contrasting opinions in Thai society?

We cannot change anyone's mind, but we can respect each other's beliefs and opinions in order to live together, happily.