Over the past half-century, the land-locked West African nation Mali has produced some terrific singers and bands. 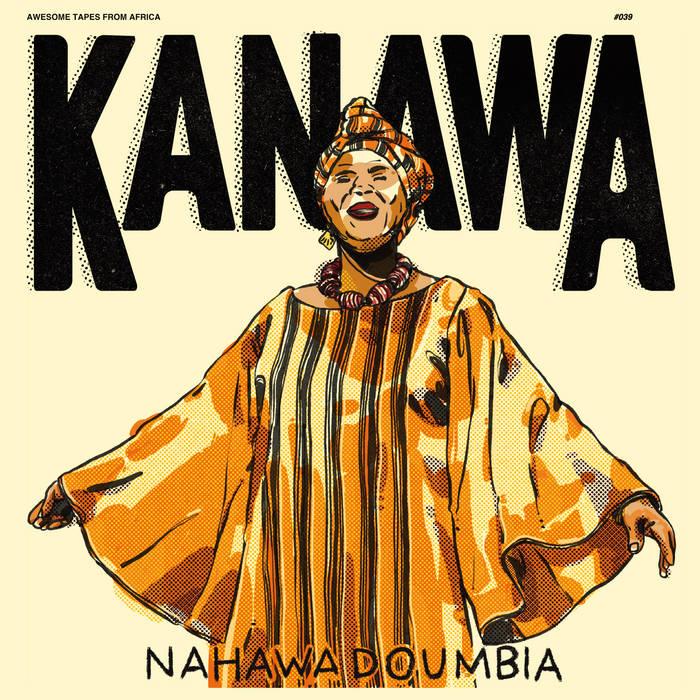 Dance bands like the Rail Band were trailblazers in the 60s and 70s, producing great singers like legend Salif Keita; but there were also amazing musicians like the late Ali Farka Toure, with his northern Malian repertoire, and kora (West African harp) masters like the world-renowned maestro Toumani Diabate.

In the early 80s, a new sound emerged from Mali's southern region of Wassoulou. In contrast to the praise singing hereditary musicians found in central Mali, musicians in this region do not generally come from the jelis, or praise singers, and many singers are not male, they're female. The most famous of the Wassoulou musicians is without a doubt Oumou Sangare who emerged with her Moussoulou (Women) cassette tape in the early 80s, and which led to her emergence on international stages.

As Sangare's career took off, others like Sali Sidibe and Nahawa Doumbia also emerged. In 2006, I saw Nahawa Doumbia perform at the Rainforest World Music Festival in Sarawak, Malaysia. She was one of the highlights of the festival.

Born near the most important town in Wassoulou, Bougouni, Doumbia was ear-marked for success as a singer by her mother, despite the family not being part of the jeli tradition. She started singing at a young age, winning a national song contest in 1980. Accompanied by her husband, the guitarist N'Gou Bagayoko, she began performing overseas with acts like Manu Dibango and Miriam Makeba. In 1989, she had a breakthrough with Didadi, an album produced by legendary producers Ibrahima Sylla and Boncana Maiga.

On Didadi she introduced a style from her local area in the Wassoulou. Didadi is a hot percussive style based around the double-headed didadidunum drum. She worked with several different producers on different projects, producing cross-over music that didn't really suit her hard-edged voice. But in 2000, she balanced ancient and modern perfectly on a wonderful album, Yaala (worth checking out if only for the stunning track Foly).

In 2011, ethnomusicologist and music blogger Brian Shimkovitz chose one of Doumbia's early cassette tape releases, the full-band sound of Le Grande Cantatrice Malienne Vol.3, as the first official release of his Awesome Tapes from Africa label. The response from international African music fans was very positive. Perhaps spurred on by this success, Awesome Tapes has now released a freshly recorded new album, Kanawa (2020), Doumbia's first release for a decade.

Recorded in Bamako with a full Malian ensemble, and produced by her long-time collaborator Bagayoko, the album showcases Doumbia's powerful, emotive voice set to both acoustic sounds and the more pop-oriented sound that chimes with the younger generation in Bamako. And as with Oumou Sangare, Doumbia sings of social issues, peace, equality, women's rights and social justice. In fact, the album's title refers to young Malians fleeing social unrest and poverty and often dying as they attempted to cross the Sahara.

Hine and Kanawa are both tracks that reprieve the dancefloor sounds of her didadi sound from the 1980s, but it is the more reflective acoustic songs that caught my attention: the interplay between ngoni (Malian lute) and djembe (West African drum) as Doumbia soars over the top is breathtakingly beautiful, while Doumbia's daughter Doussou Bagayoko (already a star in her own right in Mali) impresses on my favourite track, Adjorobena, a song about tolerance and peace. The final track, Foliwilen, also springs a surprise with its real recordings of shots being fired, set to amazing backing vocals and, again, Doumbia's soaring voice.

Music for the head, the heart and the feet -- highly recommended.

If you are intrigued by the passionate music of the Wassoulou, check out the two compilation CDs put out by Stern's African label and available online, Women Of Mali: Wassoulou Sound Vol.1 (2003) and Vol.2 (2007). You can also check out Oumou Sangare's work released on the UK-based World Circuit label, also home to many of Toumani Diabate and Ali Farka Toure's recorded works. More info on Doumbia's new album at awesometapes.com.