Stepping back into childhood

The infamous cat and mouse chases between hotheaded Tom and the tricky Jerry in the timeless animation Tom And Jerry left a big impression on artist Pichet Rujivararat, better known as Tikkywow, during his younger years. When he had an opportunity to create a 360-degree virtual artwork, Pichet did not hesitate to bring back his favourite characters such as Tom and Jerry, Popeye, Astro Boy and Cobra to the exhibition "Reborn" on view at artbakery.in.

"'Reborn' was inspired by my favourite childhood characters. When I am busy, I sometimes wake up and the image of my beloved cartoon characters pops up in my head even though I thought I had forgotten about them. Hence, I want to pass on these cartoon characters in modern form. 'Reborn' refers to bringing back good memories from the past to the present," explained Pichet.

The artist hopes that his exhibition will encourage people to look back on their happiness in the past.

"We are busy working and do not have time to think about our childhood. It was a period of time when we had fun playing around and watching cartoons on TV but we have forgotten those moments. If anyone has time, I hope they will go back to think about those happy moments," he said.

The 12 digital images, inspired by Tom and Jerry, Popeye and Astro Boy, are the result of his fondness for these characters in particular.

"These characters are classic. Even though time passes by, their appearance is still up to date. In this exhibition, I chose cartoon characters that I rewatched many times and still enjoy watching. I recreated the characters in new forms. For instance, the plot in Tom And Jerry is always about a chase between a cat and a mouse. The artwork Tom & Jerry On Monday Lunch has a structure that refers to attack and breaking," the artist explained. 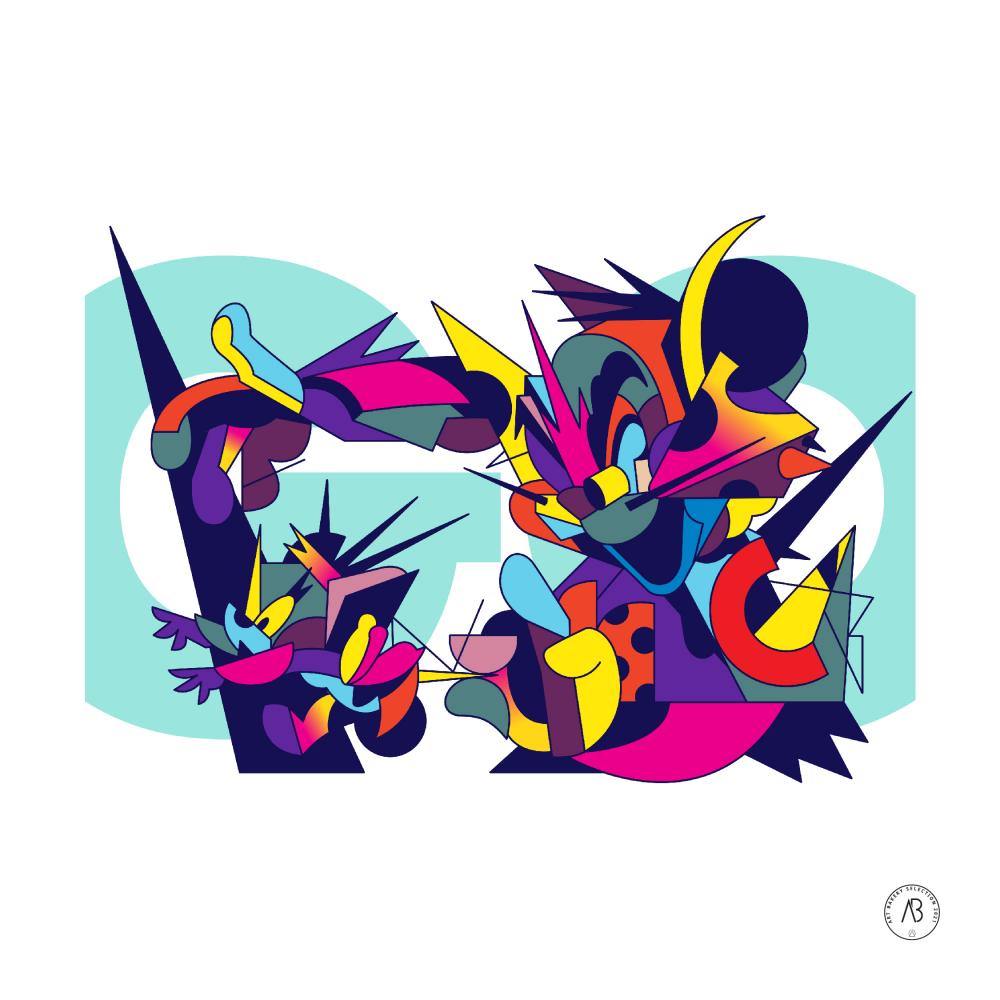 Apart from "Reborn", Pichet has created paintings inspired by cartoon characters. The artist explained that they are his childhood impression.

"I am an only child, so I had to play alone and usually spent time with comic books and toys related to cartoons and animations. The books and toys triggered my imagination and inspired me to create artwork. When I was working on 'Reborn', it was like opening my memories of the past which reminded me when, how and why I liked each animation. I was happy while working on it," said Pichet.

The artist earned his bachelor's in Art Education from the Faculty of Education, Chulalongkorn University. Pichet worked in the advertising industry for years before working as the design director at The Mall Group where he spent his free time working on art. As Tikkywow, he is renowned for using vivid colours and recreating new forms. Due to his outstanding designs, he has collaborated with many international brands such as Nike and G-Shock. Before he discovered his multicoloured style, the artist used to draw in black and white.

"In the past, I created black and white paintings which emphasised sadness and satire. After working on these paintings for a long time, I felt depressed and wanted to experiment with some colourful works. After I started adding colours to my artwork, I felt relaxed and had fun. Viewers gave me positive feedback that the paintings were bright and cheerful. As a result, I enjoy working on multicoloured paintings," explained the artist.

Pichet revealed that he became confident in his style when an art and culture magazine, Juxtapoz, based in San Francisco published his collection "Yak (Ogre)".

"People at Juxtapoz saw my work on social media and contacted me via email asking for permission to publish 'Yak'. I was thrilled to have my work in the magazine. I worked on 'Yak' because I felt that the Thai traditional pattern is not popular among the young generation. Thus, I adjusted 'Yak' or Thai Ogre into colourful graphics and up-to-date form and many people admired the collection. 'Yak' is avant-garde," said Pichet. 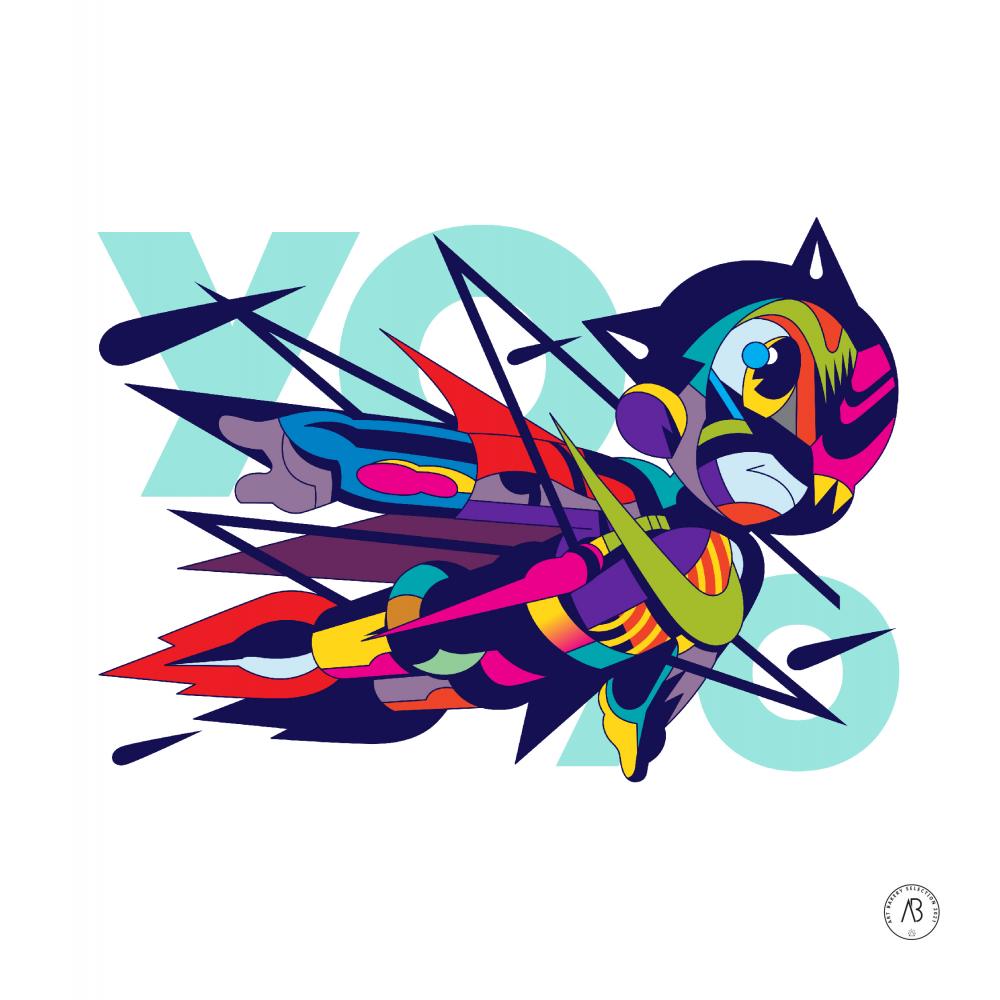 Many artists prefer to work on fine art and their solo exhibitions because they have freedom of expression. Although Pichet has worked in the commercial art field for many years and can adjust to work with clients, he is pleased to have a chance to work on a solo exhibition.

"Reborn" is Pichet's debut virtual exhibition and he feels that it comes at the right time.

"To be able to exhibit 'Reborn' online is terrific because viewers do not have to go out or gather at a gallery during Covid-19. I was really dedicated to this collection. I hope the exhibition will remind viewers of their childhood and that they like my childhood friends as much as I do. In the future, virtual technology may bring about more exciting new things. For example, we may be able to meet our friends through a virtual world instead of going outside," said Pichet.

"Young artists should not wall themselves in but should look for new perspectives. If there is a competition or any art-related activity that you can participate in, you should do it because it is an excellent process to practise your thinking and working skills. You will gain more experience from it. If the result is an award or positive feedback, it will encourage you to continually move forward in your career," said Pichet. 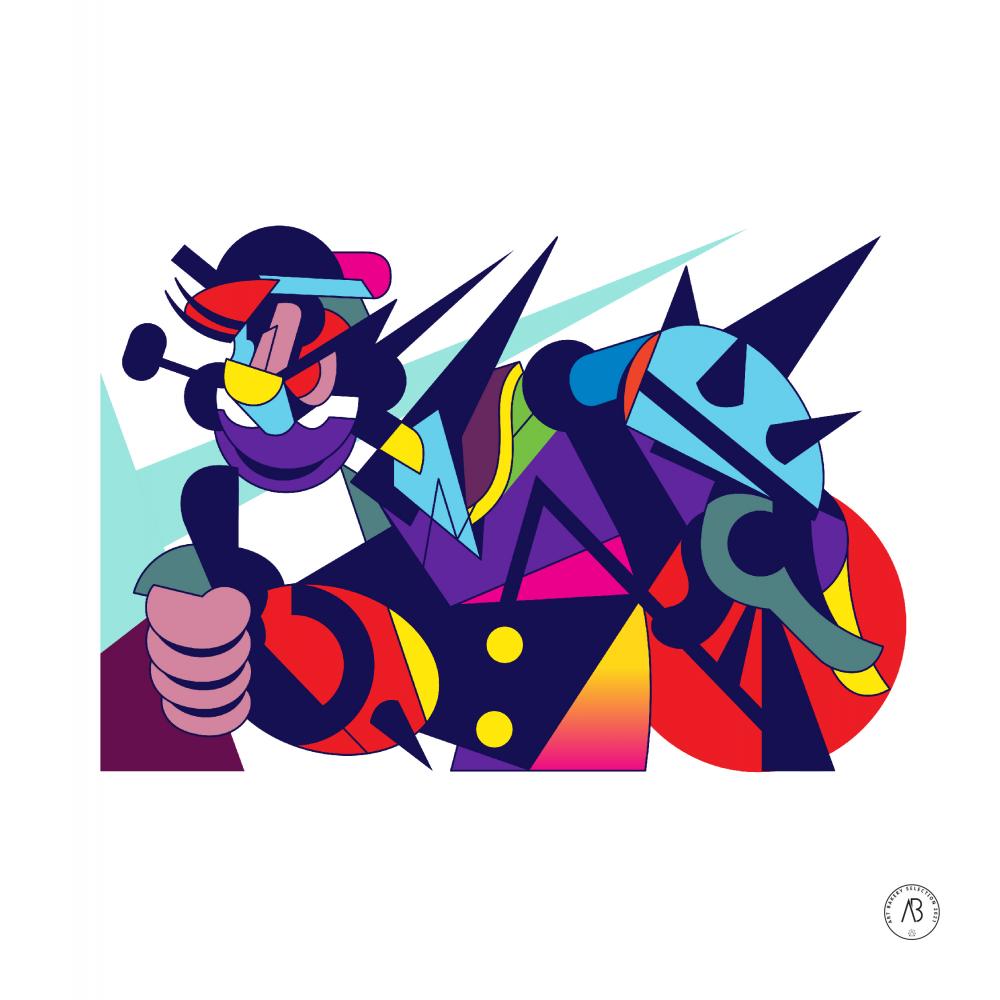 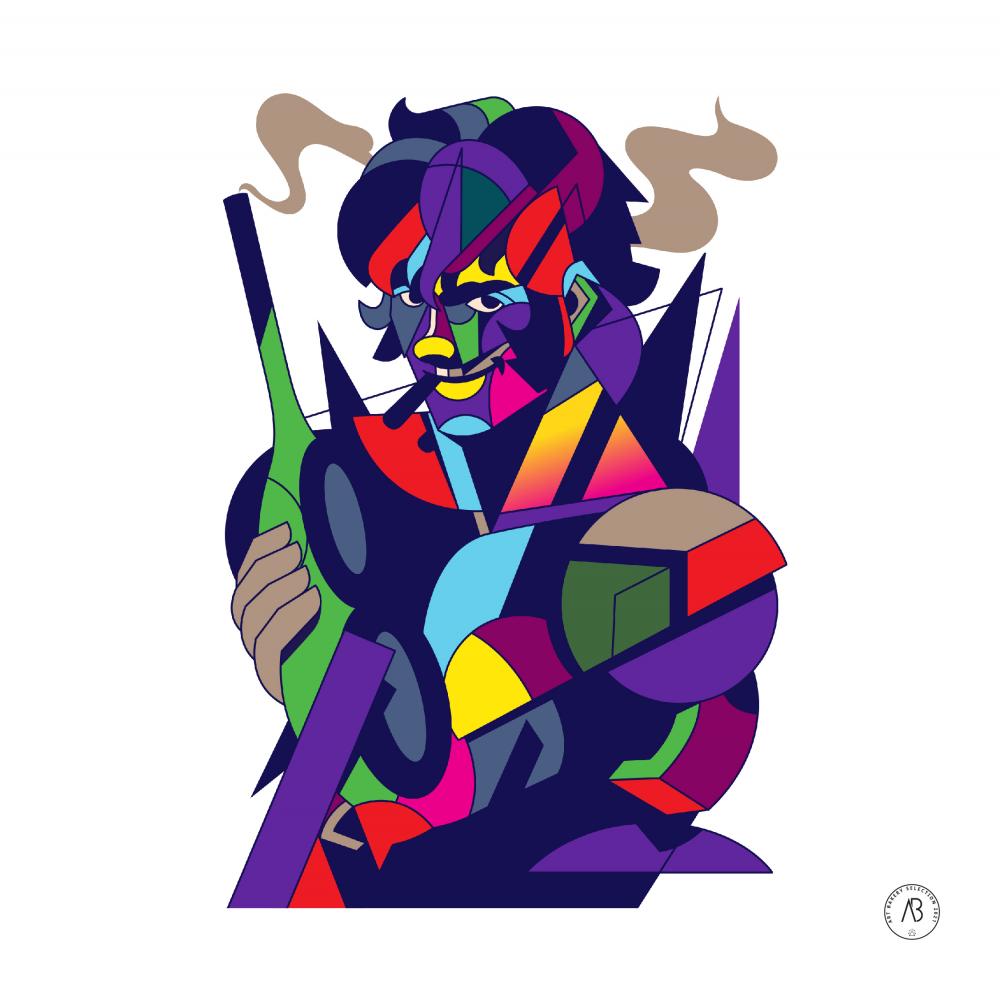