A week without inhibitions

We have all met people on vacation that became friends we partied with once and then lost touch afterwards. But what would happen if you became friends with crazy people and they followed you back to your wedding? Well, that's what happens in Vacation Friends, a raw and raunchy comedy that was just released on Disney+ Hotstar this week.

Vacation Friends is made by director Clay Tarver, who was the co-producer, writer and director of the comedy series Silicon Valley (2014-2019). The movie follows Marcus (Lil Rel Howery) on vacation in Mexico with his soon to be wife Emily (Yvonne Orji). They come across strangers almost immediately and meet with Ron (John Cena) and Kyla (Meredith Hagner), another couple at the same resort. The two couples decide to spend the next seven days partying together in Mexico City. Living in the moment, Marcus and Emily, who are usually level headed, let loose to enjoy a week of uninhibited debauchery with their new buddies, but their friendship takes an awkward turn when they get back home. A few months after their walk on the wild side, Marcus and Emily are horrified when Ron and Kyla show up uninvited at their wedding, creating chaos and proving that what happens on vacation doesn't necessarily mean it stays there.

It's a comedy with plenty of over the top jokes and a backdrop of summer vacation and a wedding. What we have here is a traditional friendship film with a lot of dirty jokes, heavy drinking, drug use and sexual escapades. It's like watching an Adam Sandler movie without Adam Sandler. It's a good mix of movies like Wedding Crashers (2005), I Love You, Man (2009) and The Hangover (2009). In many ways, Vacation Friends follows that same formula. Even though this format has been done to death, I still found it a little charming as the film went on. It's probably because the film has a good nature to it and yes it's rated R.

Some of the stuff can make you uncomfortable or touch on things we don't joke about anymore. I thought they really pushed the boundaries of what is okay to joke about, especially nowadays with everybody being sensitive about what can be joked about. Even when the humour in this film misses the mark every now and then, a part of you still enjoys it and doesn't mind sticking around until the end. I also think some of the pop culture references Clay Tarver directs are quite interesting, especially the Beastie Boys' So What'cha Want music video parody sequence when both of the main characters are wandering the woods and on some kind of drug. 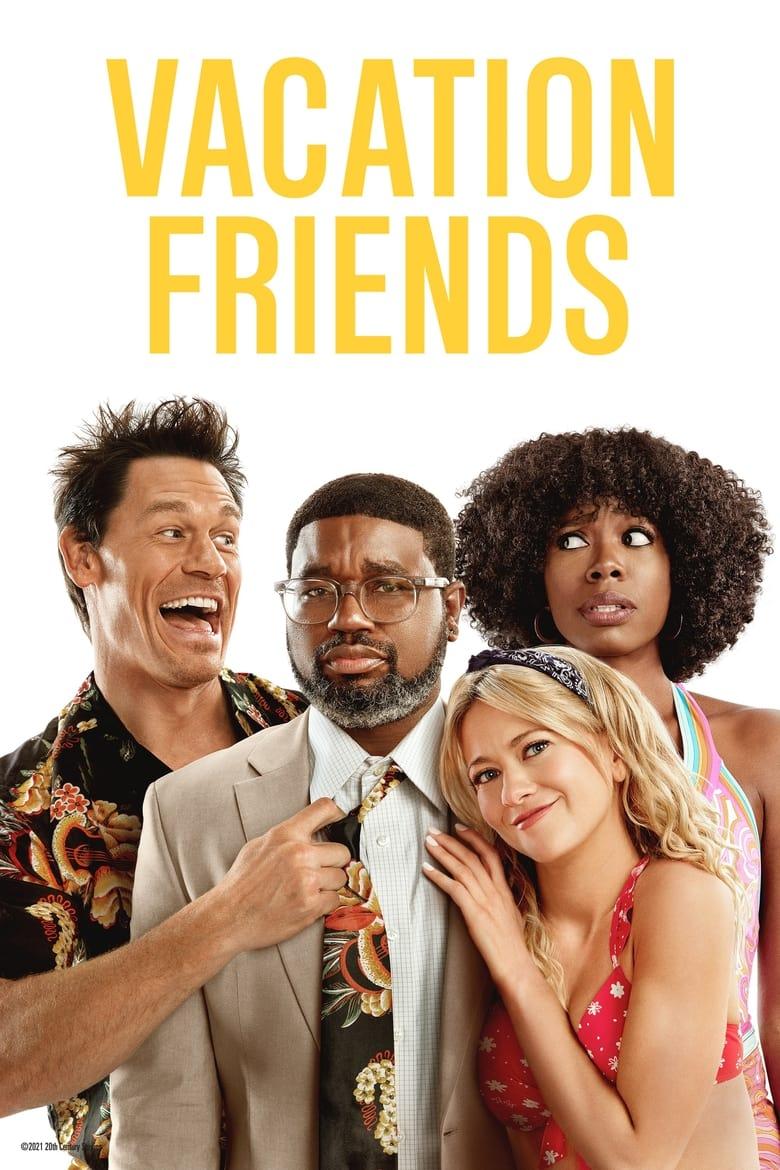 The film looks great overall and all the actors are really good and have great chemistry together. Cena, Howery, as well as Orji and Hagner are terrific at bouncing off of one another and maintaining that dynamic from beginning to end. Ron's character is careless and unpredictable while Marcus is your textbook planner, so when these two elements come together, it is simply fun to watch. Cena is especially hilarious in this and his perfectly-timed comedic chops continue to impress me. I thought what he did in Blockers (2018) was a one-off thing but no, it turns out the man has it in him. He has found a niche in this comedy market.

Besides great performances and funny bits, the downside of Vacation Friends is the story itself, which doesn't really bring anything new to the table and is fairly predictable. The vacation at the start is actually a fun time but once you get into the wedding in the third quarter, it all just starts to feel very generic. By the end, any conflict that this movie presents is resolved in like five minutes. There's not much meat to it or anything but what kind of drives it all home at the end is that Vacation Friends has a little bit more than just the debauchery angle. There's some sweetness to the story about friendship or how we shouldn't judge a book by its cover. This is strictly a funny movie. It is meant to provide some laughs and it does.