The pandemic notwithstanding, it has been a stimulating year for Southeast Asian cinema. Reflective, heartfelt and oddball new titles from Indonesia, Cambodia, Malaysia, Singapore and Thailand have won major prizes or become critical favourites at international film festivals throughout 2021. Now, many of these films are coming to the big screen in Thailand as the Bangkok Asean Film Festival 2021 (BAFF) is set to open tonight.

With 15 feature-length films and a dozen shorts on the slate, the seventh edition of the festival that began as a regional showcase is expanding its horizon. Besides films from Cambodia, Indonesia, Malaysia, the Philippines, Singapore, Laos (through France) and Thailand, the BAFF this year also includes one title each from China, India, Japan and South Korea. Three heritage films -- from Myanmar, South Korea and Thailand -- complete an enticing programme.

"The festival is integral to the plan to promote Thailand as a hub of content production and to strengthen our creative industry," says Culture Minister Itthiphol Khunpluem. BAFF is sponsored by the ministry, in collaboration with the private sector through the Motion Pictures and Contents Association of Thailand.

Some of the highlights include The Edge Of Daybreak by Thai filmmaker Taiki Sakpisit; the Toronto-winner Yuni from Indonesia; White Building, a tale of urban transformation from Cambodia; Barbarian Invasion from Malaysia; and the offbeat Locarno-winner Vengeance Is Mine, All Others Pay Cash, also from Indonesia. Tonight, the opening film is Zhang Yimou's One Second, a drama about a film projectionist in rural China during the Mao Zedong era.

"By including films from China, India, South Korea and Japan, we hope to broaden the scope of the programming beyond Southeast Asia," says programme director Pimpaka Towira. "These films coming from different places will enrich each other in the mind of the audience."

Last year, despite the uncertainties brought by Covid-19, the festival took place in December and ran without a glitch. With the lockdown behind us now, the festival is one of the first major cultural events to take place in-person as Thailand is rallying to regain confidence from the international community.

As usual, all screenings are free of charge. Such generosity led to minor chaos in the first few years, until an online booking system was introduced and tickets have since been distributed in a smoother fashion. All films have Thai and English subtitles. Go to baff.go.th/reservation-ticket-baff2021. 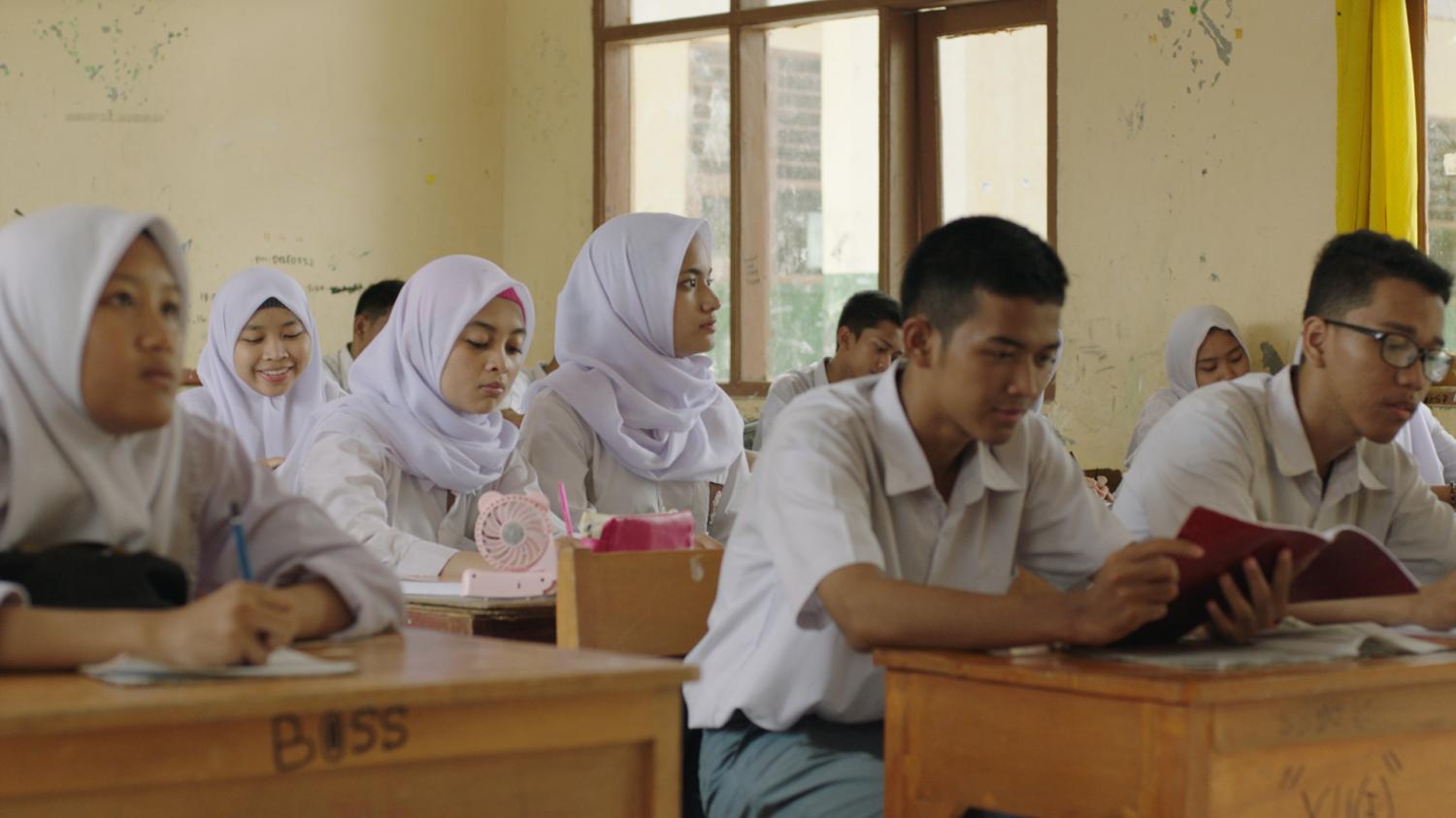 Yuni opens with a teenage girl of the title getting dressed -- bra, blouse, skirt, hijab. This touching and quietly radical coming-of-age Indonesian drama won a top prize at Toronto International Film Festival and represents the country at the Oscars. Director Kamila Andini has crafted a sensitive portrait of a girl on the cusp of adulthood with the backdrop of a society still determined to chart the destiny of its female population. 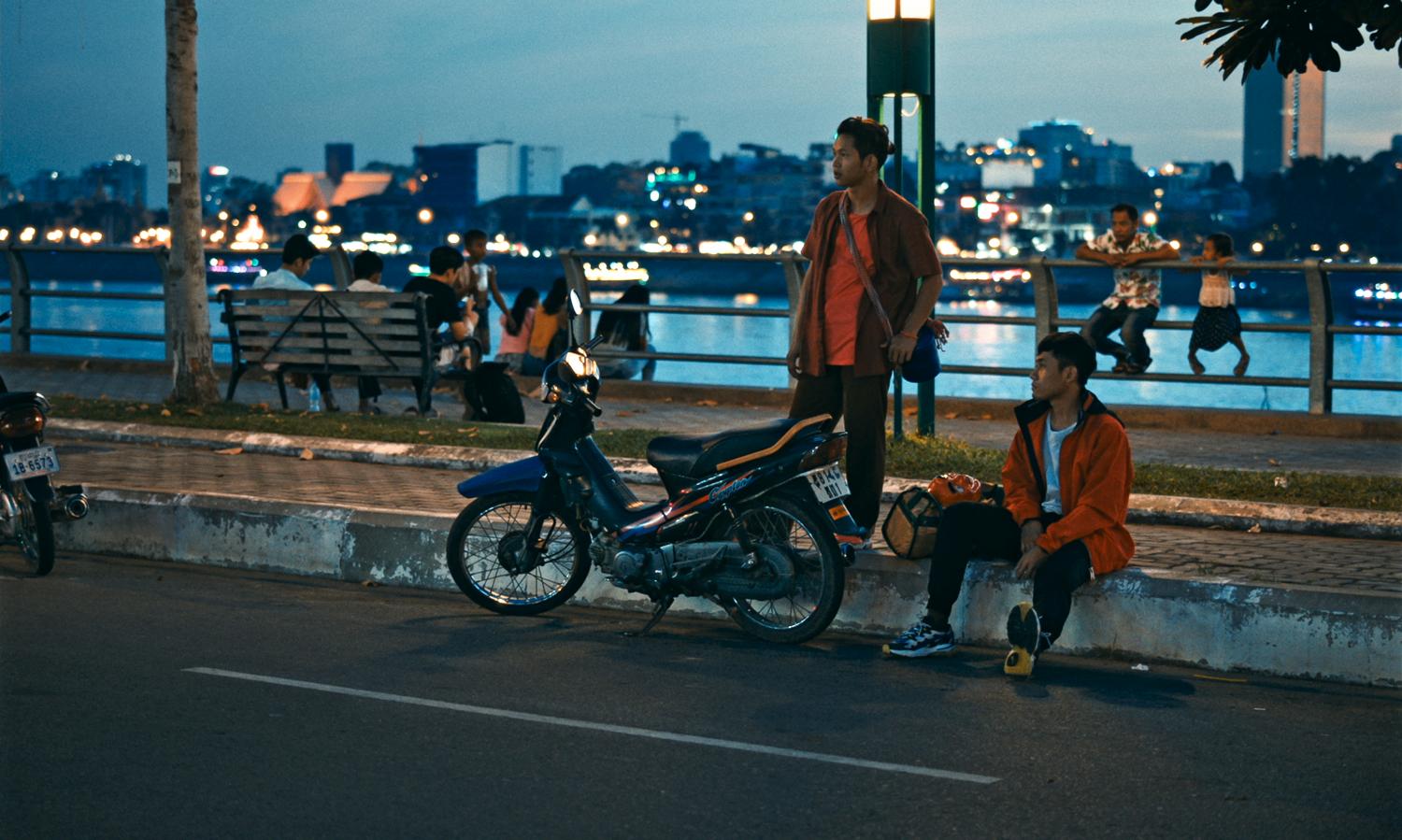 Kavich Neang grew up in White Building, a time-honoured apartment block in Phnom Penh where artists and craftsmen had lived after the Khmer Rouge era. Now the director is telling the story of the building's twilight years through a young man whose family tries to resist an eviction as a real estate boom in the Cambodian capital is forcing White Building's low-income inhabitants to move out. Piseth Chhun, the lead actor, won an acting prize at Venice International Film Festival in August. 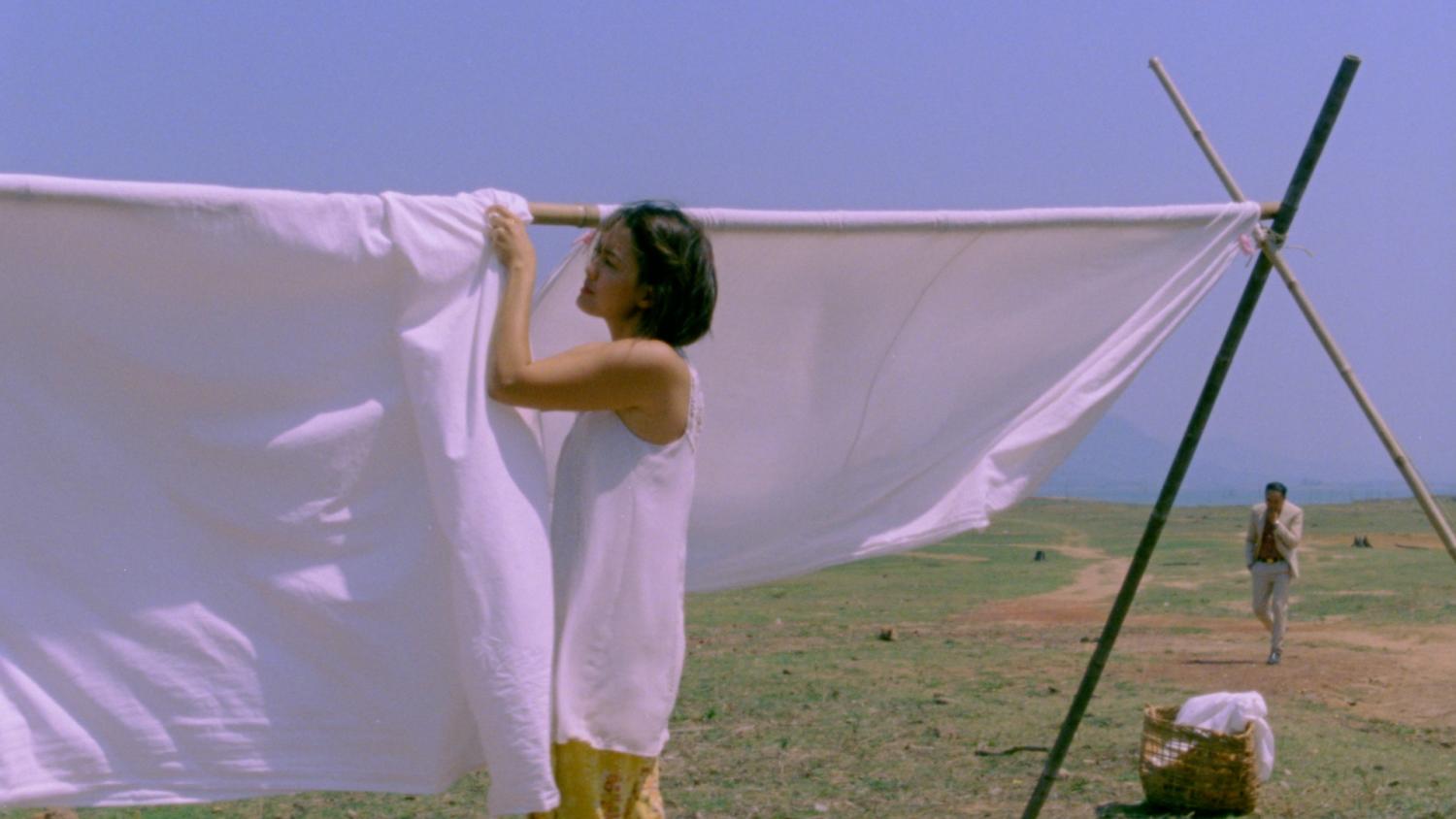 A French film by ways of Laos, or vice versa, Goodbye Mister Wong is directed by Kiye Simon Luang and tells the story of a Chinese businessman who wants to develop a lake region in Laos into a tourist attraction while courting a Lao woman who runs her family's houseboat restaurant. Reminiscent of Marguerite Duras' Indochinese stories, Goodbye Mister Wong goes for an unsentimental look at the external powers always trying to shape the destiny -- national and personal -- of Laos and its people. 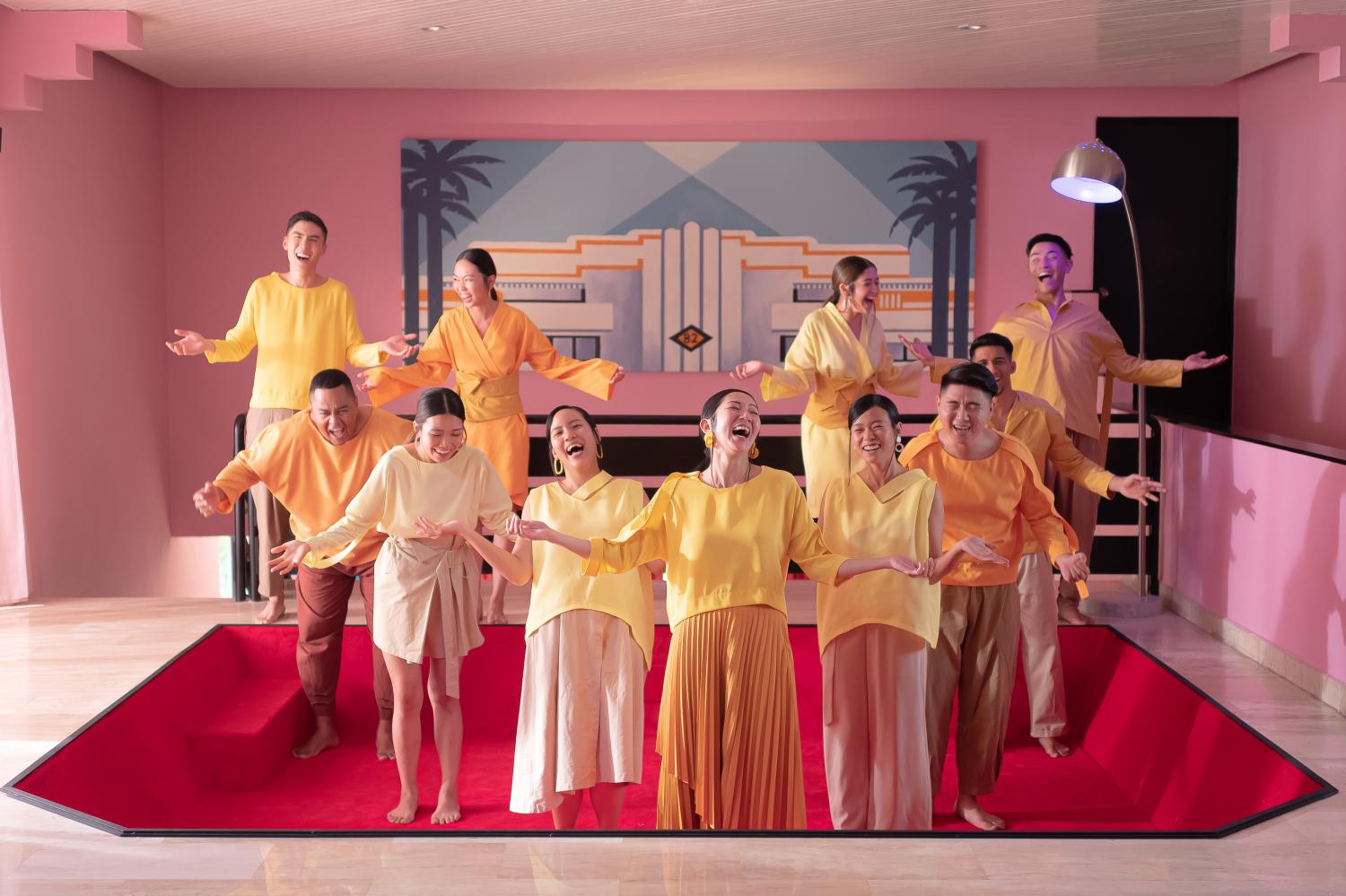 Tan Bee Thiam directs his pastel-coloured satire of a society desperate to achieve total happiness. Set in an artificially colourful, symmetrical, Pleasantville-like district of Singapore, the film follows a "happiness agent" who works in an experimental project attempting to turn an ageing neighbourhood into a blissed-out community.

This Malaysian drama from director Tan Chui Mui tells the story of a mother and actress who trains herself into an ass-kicking action star, only to be told that the producer prefers a male actor in the lead. The film is an indie hit in Malaysia and at film festivals. 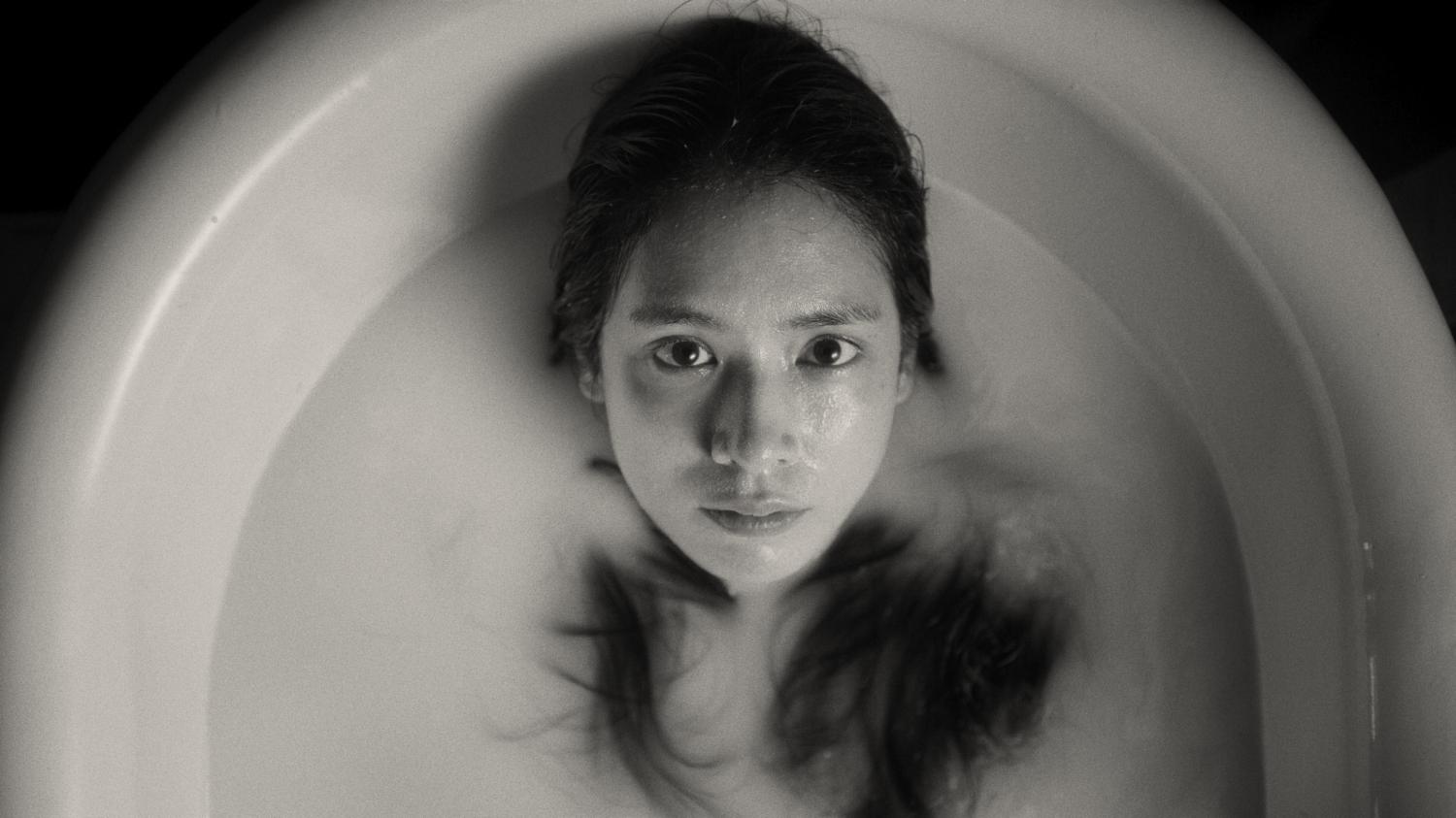 The Edge Of Daybreak

Thai filmmaker Taiki Sakpisit gives us a strange and mesmerising black-and-white film about a family contending with a wound of historical trauma. Everything is hushed and shadowy, as the characters wander the desolate landscape looking to connect the past with the present. The film won a critics' prize at International Film Festival Rotterdam in January. After the screening at BAFF, it will go on a limited release later this month. 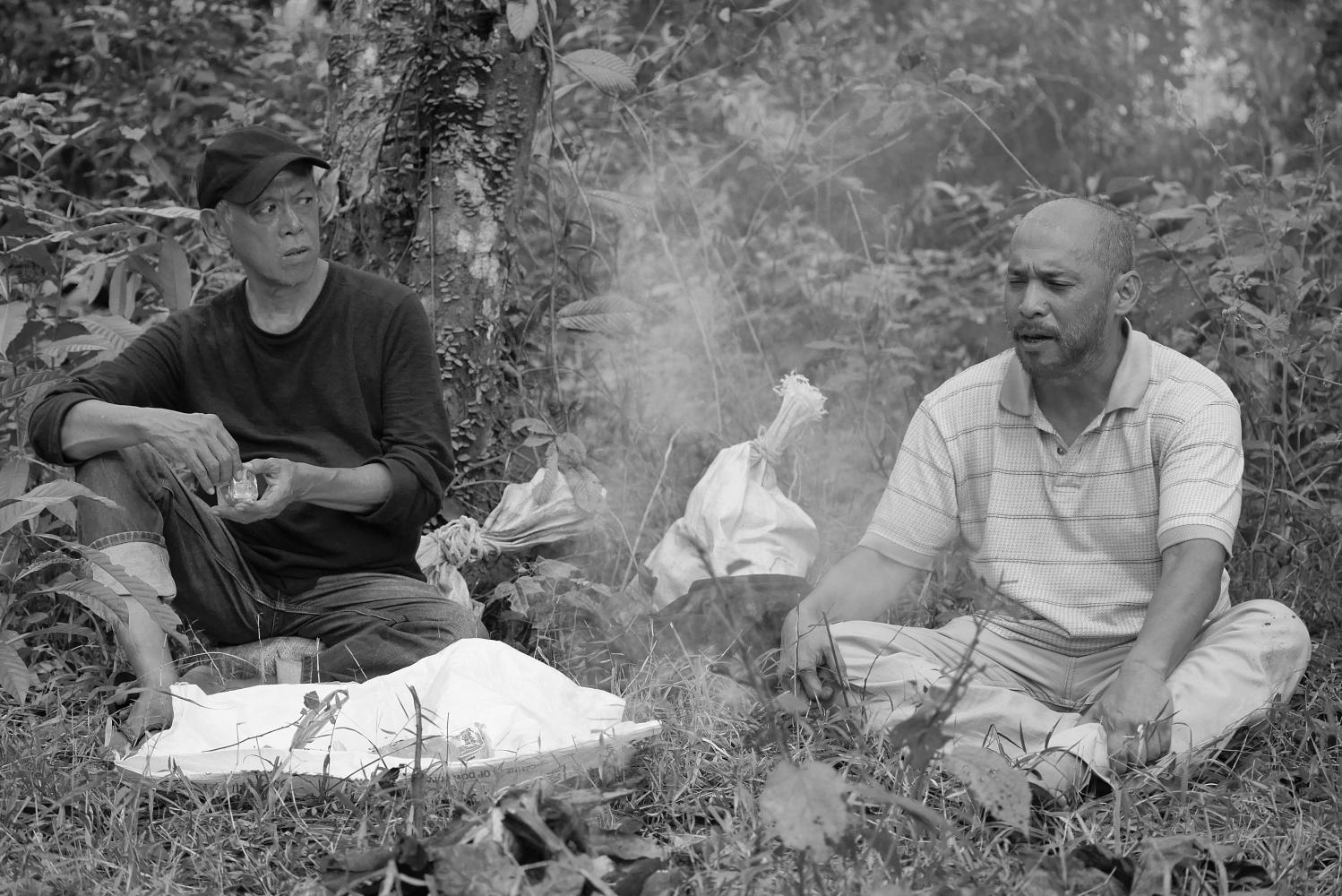 From the Filipino auteur Lav Diaz, Genus Pan, running at 157 minutes, is the director's shortest narrative film to date (anything short of three hours is considered short, in the Diaz spectrum). Here, we follow three down-and-out miners as they trek home through the wilderness of the Philippines, going through existential ordeals and moral misadventures that test their humanity (the film's scientific title refers to the chimpanzee family). It won the director's prize at the Orizzonti section in Venice earlier this year.

Vengeance Is Mine, All Others Pay Cash

Another Indonesian film in the programme, Vengeance Is Mine, All Others Pay Cash is an eccentric homage to 1980s action flicks while making tragicomic fun at the questions of masculinity and disempowerment. The hero is a tough guy in West Java who compensates for his erectile dysfunction with juvenile aggression, and his hope of settling down for normal family life with an equally tough woman has to go through a lot of heartbreaking tests. The film, by director Edwin, won the top prize at Locarno International Film Festival.

Three films in the classic programme are all worth checking out.

- From Myanmar, The Daughter Of Japan is a 1935 film directed by Nyi Pu, telling the story of two brothers who dream of making a non-stop flight from Tokyo to Yangon when one of them falls in love with a Japanese girl.

- From South Korea, Aimless Bullet (1961), which chronicles a young man's downward spiral, is hailed as one of the best Korean films of all time.

- And from Thailand, Changmun Chan Mai Care (Whatever, I Don't Care) is a 1986 drama about an advertising executive haunted by the horror of the Oct 6 massacre and a male hustler who comes into her life.

To reserve a seat, go to baff.go.th/reservation-ticket-BAFF2021.