The way it ought to be
Life
Arts & Entertainment

The way it ought to be

Four years on since the overwhelming international success of the high school crime thriller Bad Genius, director Nattawut "Baz" Poonpiriya returns with a bang in an emotional road trip drama called One For The Road.

A collaboration project with celebrated Hong Kong director and producer Wong Kar-wai (Chungking Express, In The Mood For Love, My Blueberry Nights), One For The Road is slated for release in the local cinemas tomorrow, just over a year after it premiered and won a jury prize at the Sundance Film Festival in January last year.

Filmed in both New York and Thailand, One For The Road marks the first film where Nattawut steps into a story of something more personal. The film follows the life journey of Boss (Thanapob "Tor" Leerattanakachorn), a New York-based bartender who reunites with estranged friend Aood (Natara "Ice" Nopparatayapon) after hearing that his old friend is dying of cancer. The two reconcile after years of not being in contact and decide to return home to Thailand and embark on a final road trip together to complete a bucket list while they still can. Along the way they discover hidden secrets along with feelings of resentment and grief. Nattawut's captivating storytelling combined with Kar-wai's sense of deep and meaningful visuals full of moods and tones, One For The Road is most effective for its smooth nostalgia-saturated cinematography and tear-jerking melodrama. Joining the cast are Violette Wautier, Siraphun "Noon" Wattanajinda and Ploi Horwang as well as Chutimon "Aokbab" Chuengcharoensukying, who rose to fame as the scheming straight-A student protagonist of Bad Genius.

Life had an opportunity to speak with Baz Nattawut in an exclusive one-on-one interview via Zoom in which the 41-year-old filmmaker talks of his experience working with Wong Kar-wai, the original movie script that never get used and his personal inspiration for creating One For The Road. 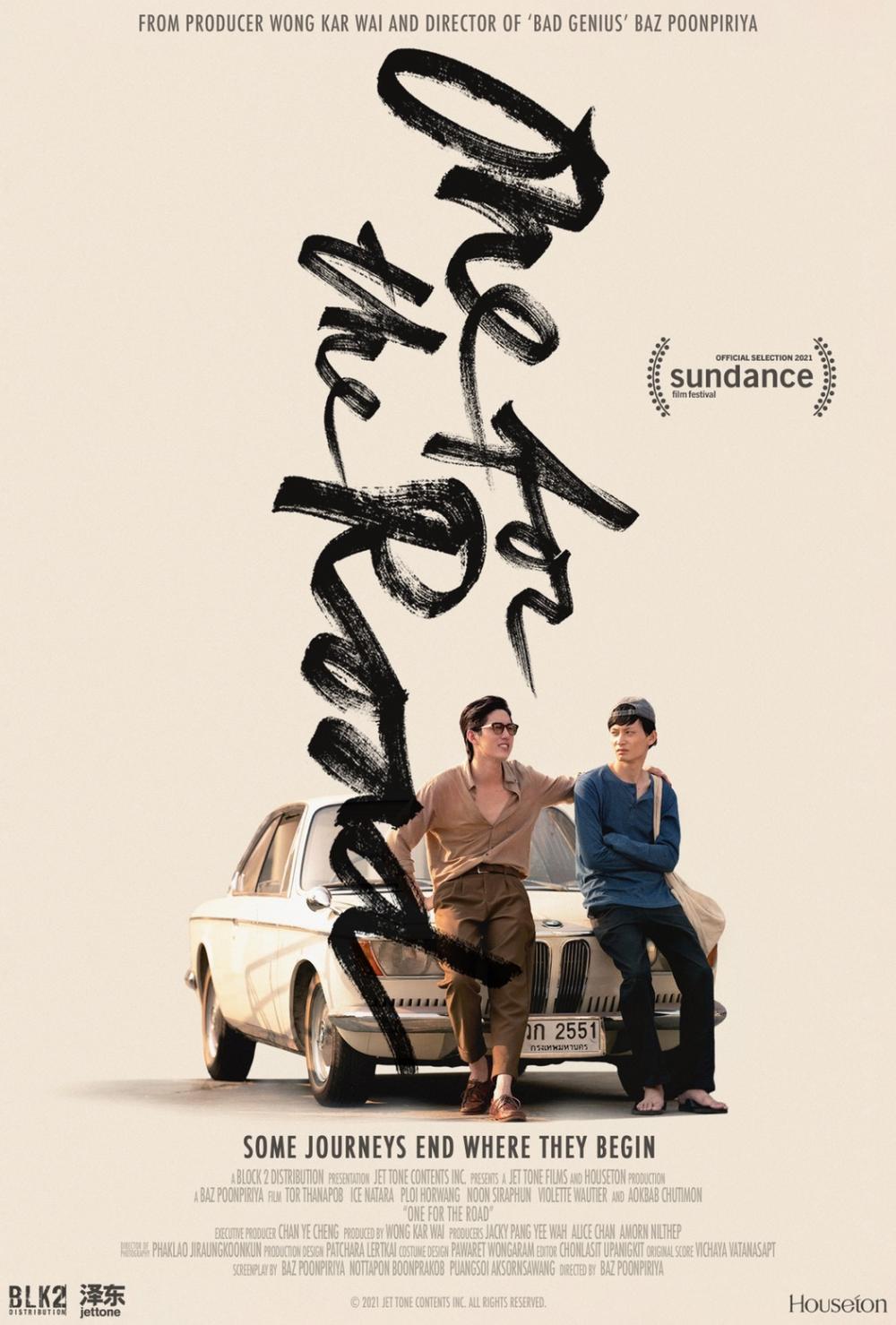 One For The Road poster GDH 559 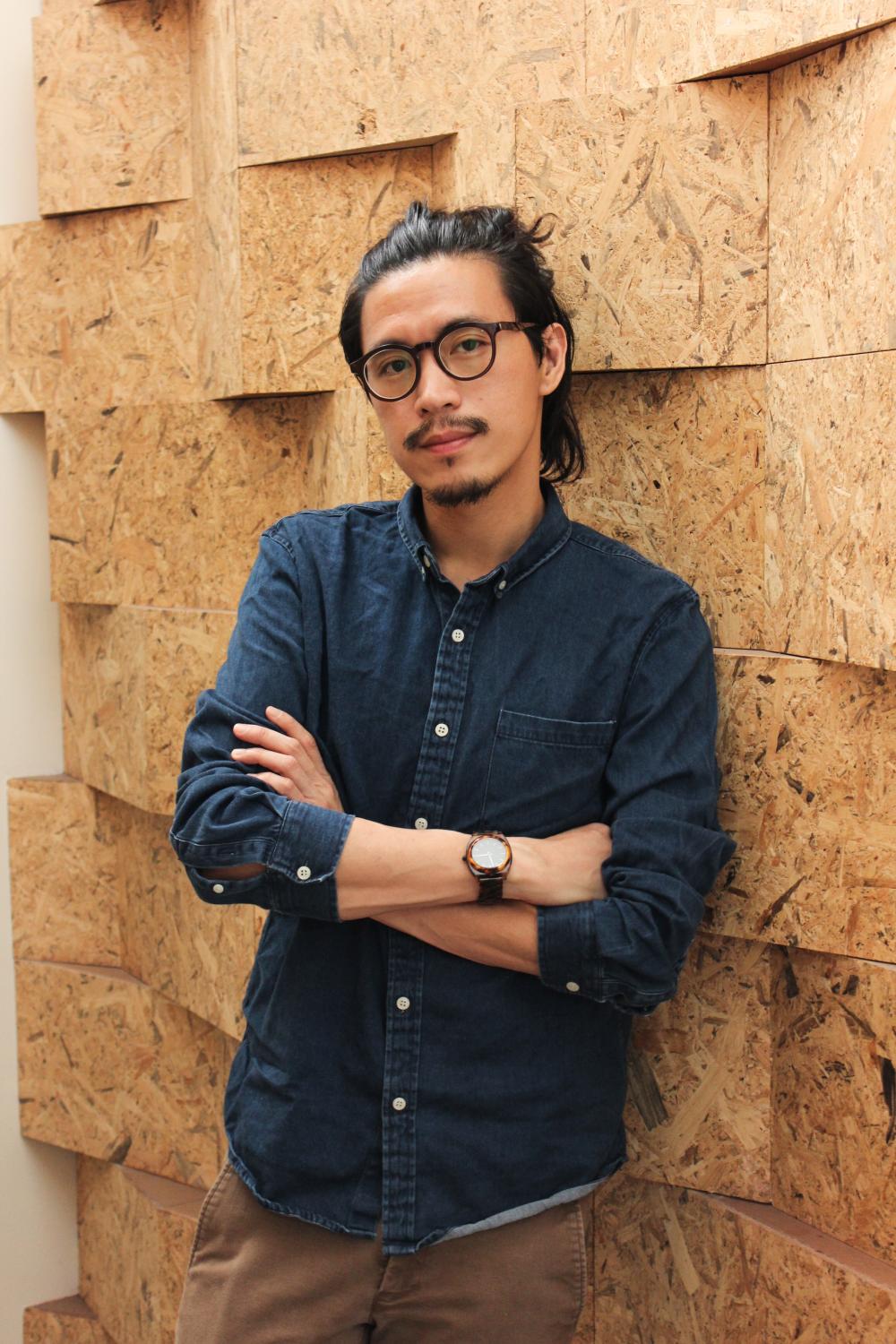 Congrats on the early success of One For The Road. People are really excited to see your new film, especially the fact that it's being produced by Wong Kar-wai. How did he get involved in the project, and how was it to work with him?

I received a call from Kar-wai around December in 2017. Apparently he saw Bad Genius, and luckily he liked it enough to say that he wanted to work with me. And who could say no to that, right? We began working right away and then completed the film in 2020 just before Covid hits. I take it as a great learning experience and he gave me a lot of insightful knowledge.

One For The Road took over four years to develop. Did you face any obstacles or challenges during filming?

Actually there were. When we started working on the project together in 2017, it was actually an entirely different story. The original script was handed to me by Kar-wai and we had been working on that for around nine months. It was originally supposed to be a Hong Kong movie with Chinese actors. Unfortunately, we seem to have encountered a dead end and were unable to make the project turn out as intended. So we decided to drop the project and start over from the beginning. By which I sat back and wrote the script for One For The Road. 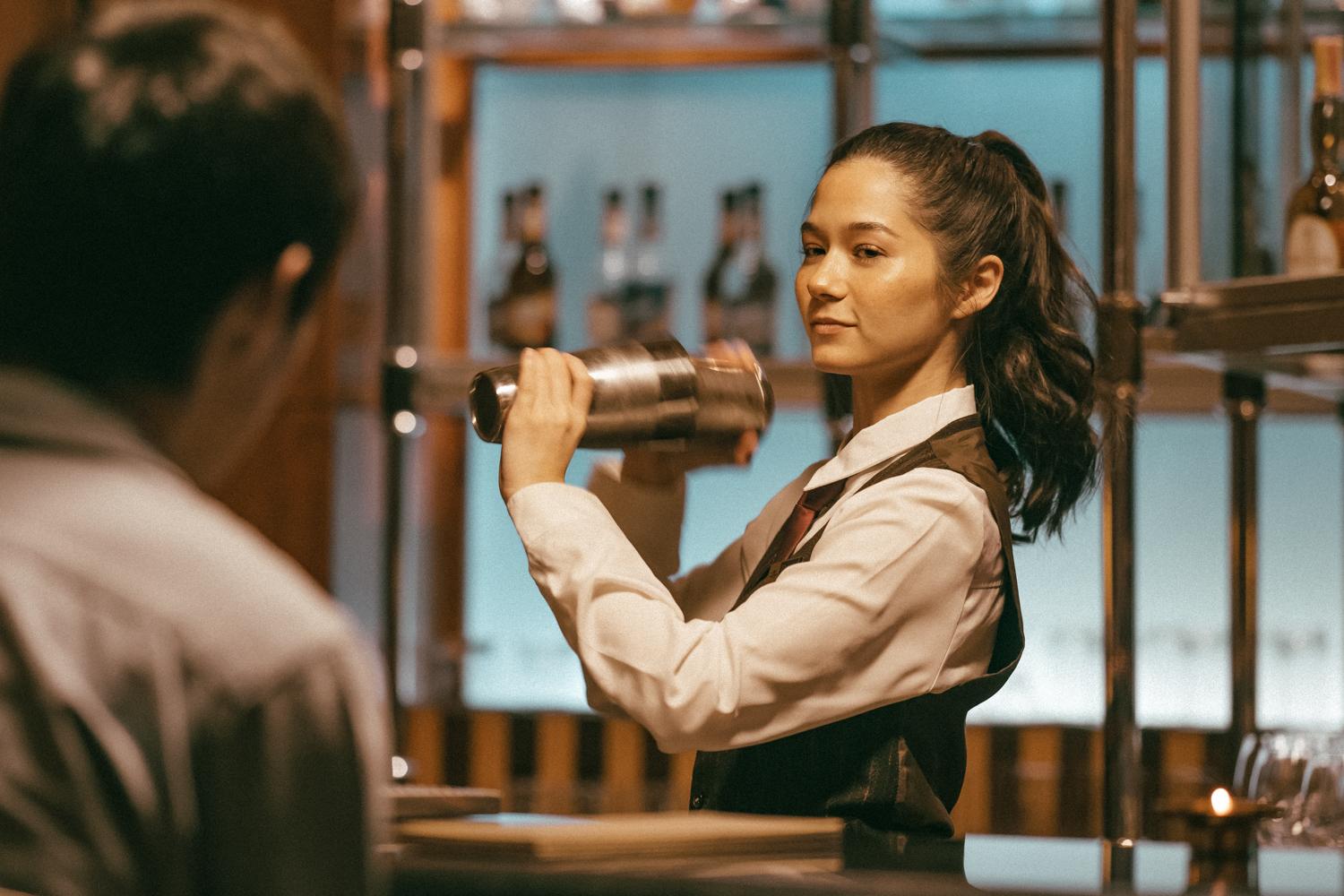 Where did the inspiration for the story come from?

It was from a conversation between me and Kar-wai. We came up with the solution that we should make a movie that I personally believe in -- something that is more personal to me than usual. Then one day he asked me, 'What things would you wish to do if you knew you were going to die soon?'. I went back and really thought about it. And my answer was that I would love to go back and meet with all the people who have been an important part of my life in the past, and to say thank you, sorry and farewell to them for the last time.

The film dealt with quite heavy topics, such as the past's painful relationships, tragedies and death. We understand the film is dedicated to one of your friends who passed away as well?

Yes, something very coincidental and rather shocking happened to me while developing this movie. After we agreed to shoot a movie from a script that I wrote, I came to learn that one of my best friends from college in New York named Lloyd had cancer. So I went to visit him and eventually told him about my new scripts, in which Lloyd ended up becoming a prototype for Aood [played by Natara] in the film. He had helped us a lot and gave us insightful details about people with cancer. And when we started shooting, he came out with us too. We really wished that we could finish the movie in time for him to see it, but unfortunately, he passed away. 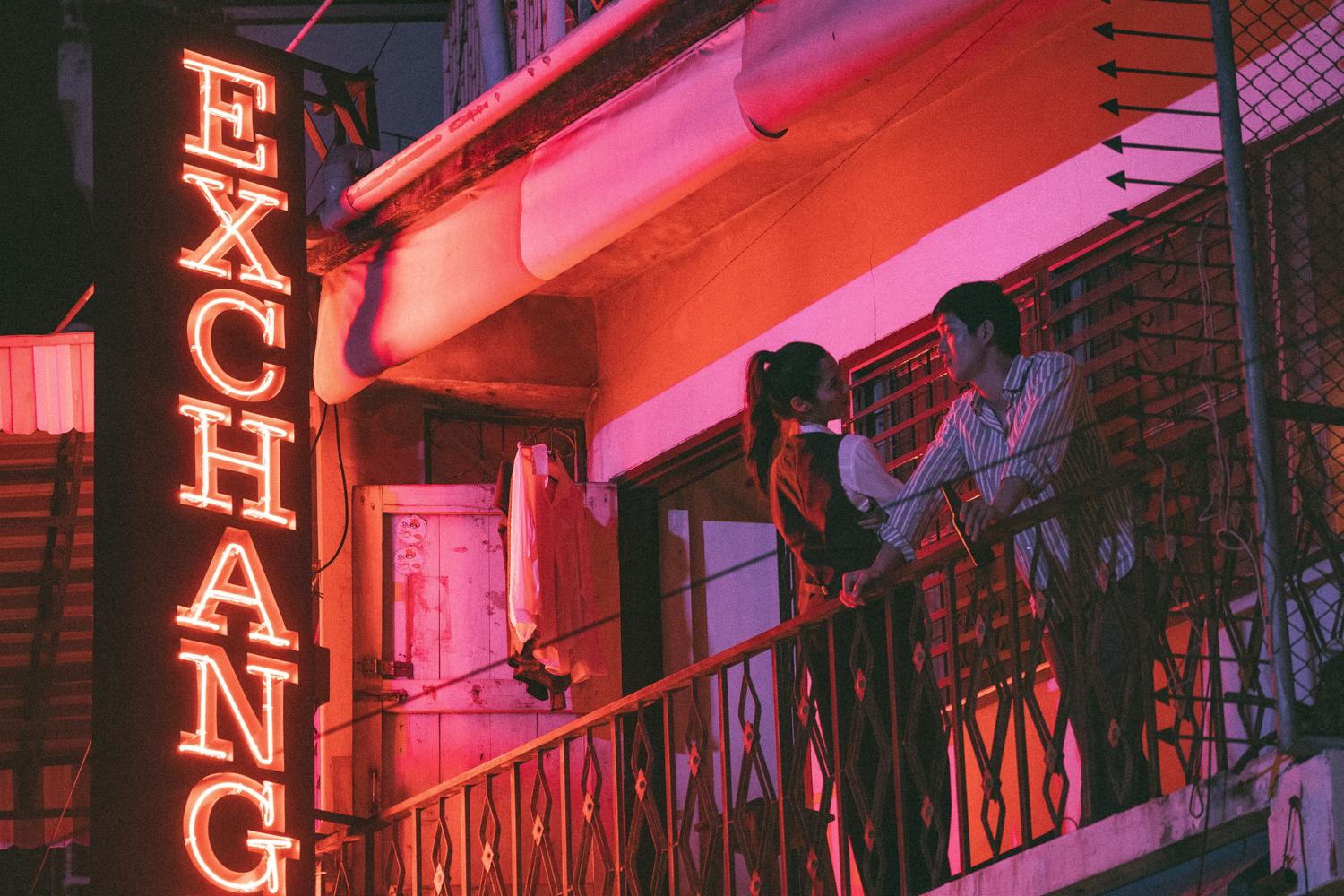 It was a trend in Thailand in the 90s for indie film lovers and critics to be very fond of his work. I remember the first movie I saw was Fallen Angels [1995]. I was in my pre-teen years and didn't know many movies outside Hollywood. That film gave me something that I have never seen before like the unique characters and cinematography. Then when I saw his other films like Days Of Being Wild [1990] and Chungking Express [1994], that was when I understood why his movies are loved by so many.

One For The Road will open nationwide in theatres on Feb 10. In the midst of a pandemic, are you worried that the movie won't perform as well in theatres than on streaming sites?

I am still a filmmaker who believes that to get the best movie experience is to see it in the cinema. Take for example Kar-wai's flamboyant and stylish movie In The Mood For Love. It's entirely different watching this movie in theatres than at home. Sure, one day One For The Road will be available on streaming platforms, but the visuals, the mood and the atmosphere of the movie I intended for viewing in the cinema. Besides, I also believe that safety measures in theatres today should be reliable enough. 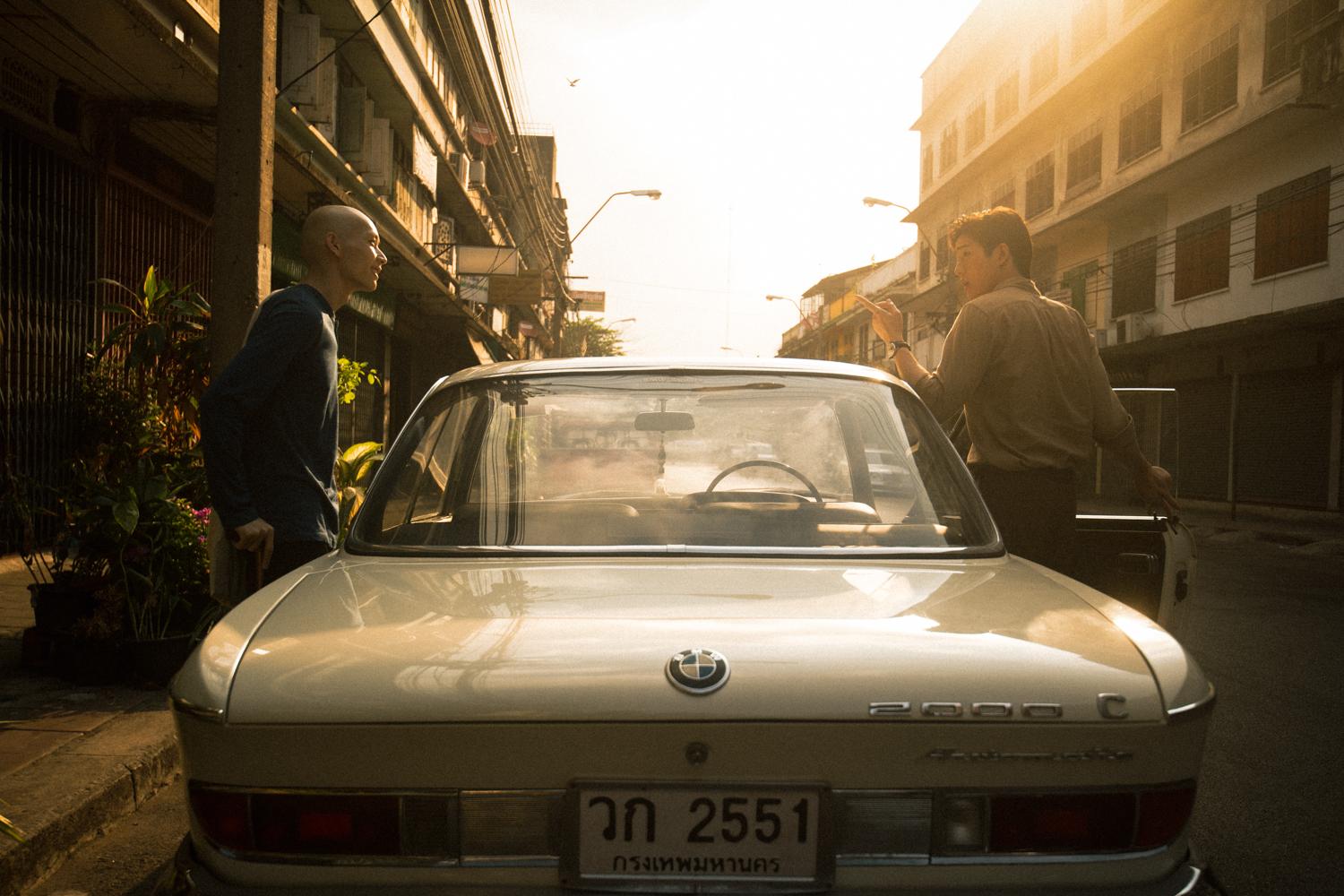