Breaking out in cold sweat more than watching mad scientists' eerie experiments in horror films is witnessing the ruthless ambition of Dr Arun, the mad conductor played by Somtow Sucharitkul in The Maestro: A Symphony Of Terror in which the pandemic has driven the music master/madman up the wall.

While best known as the foremost opera composer on the classical music scene, Somtow has kept young musicians of the Siam Sinfonietta busy via this unique film project. He pitched the idea to an old friend and film director Paul Spurrier. The result is a groundbreaking horror genre B-movie narrating Dr Arun's late-life crisis, whose career is in the doldrums due to coronavirus lockdown as he attempts to compose and conduct his magnum opus. The film, which is the first Thai film with a full orchestral soundtrack, has already won eight international awards, with the climactic finale scene being broadcast throughout Europe as part of the World Opera Day celebrations. Guru speaks to Somtow about the return to his roots in film production and the stories behind The Maestro: A Symphony Of Terror. Go to bit.ly/3JsFC4D to watch the official trailer. 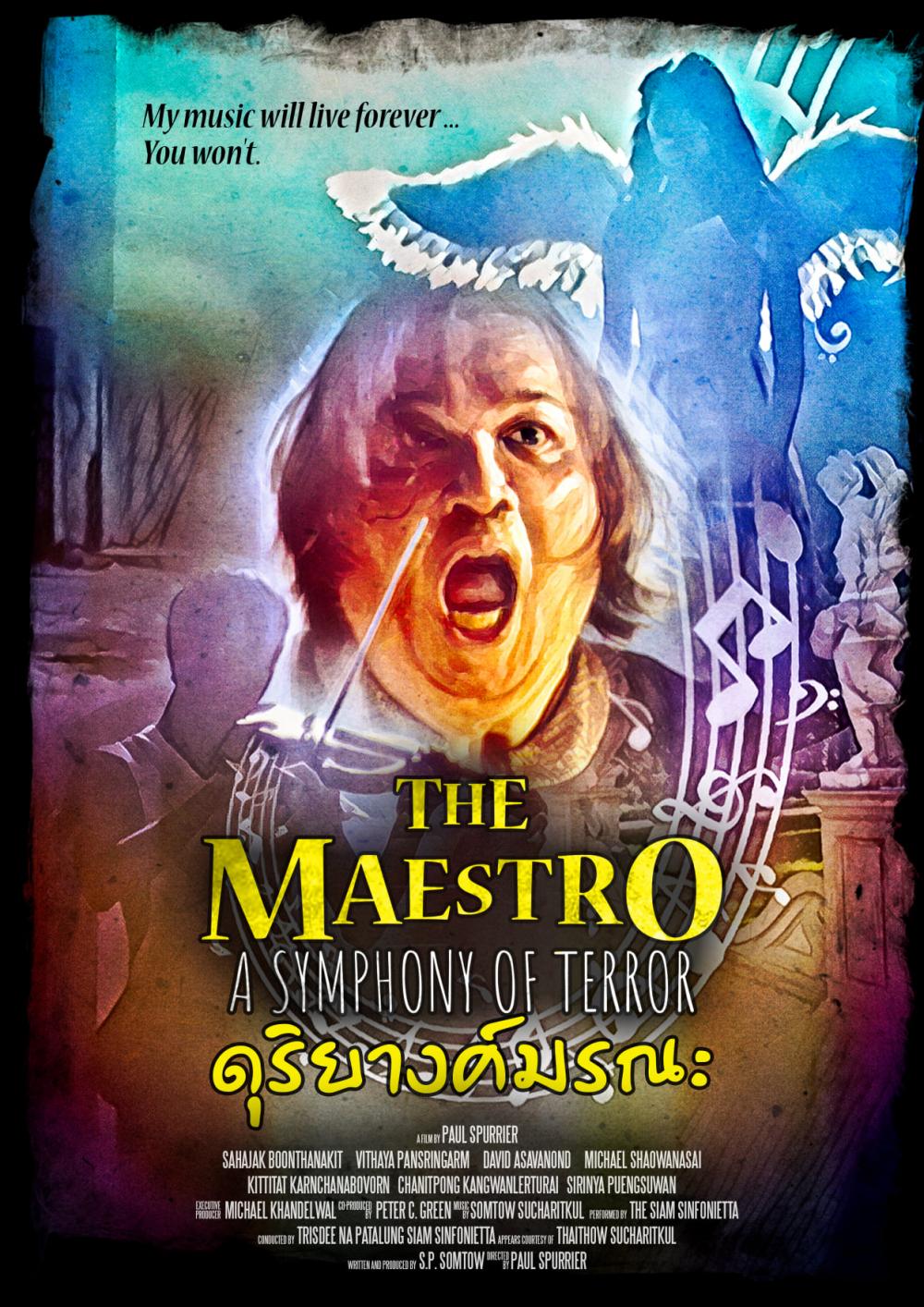 How did The Maestro come about?

Well, the film came about because of the unusual circumstances of the pandemic. A horror-musical film like The Maestro couldn't normally happen if orchestra musicians had things to do during the lockdowns, as well as filmmakers from all around the world. I asked Paul Spurrier, who is an old friend and film director, to come up with something that could gather the young musicians of Siam Sinfonietta and people from the film industry so that both could finally unleash their expertise. We gave of ourselves to make it happen. The cost was surprisingly lower than we expected, with only 18 days of shooting.

What is the inspiration behind the script?

Paul gave me the idea of the abduction of young musicians by a frustrated conductor while specifying one condition -- he will direct the film if I played the mad conductor. The film shows a very thin line between the genius and madness of Dr Arun [the mad conductor]. He is a brainy musician, yet a maniac who has been mentally traumatised since childhood. Plus, his mental illness illustrates how people with such high hopes could willingly give up their morality, as well as humanity to achieve something. 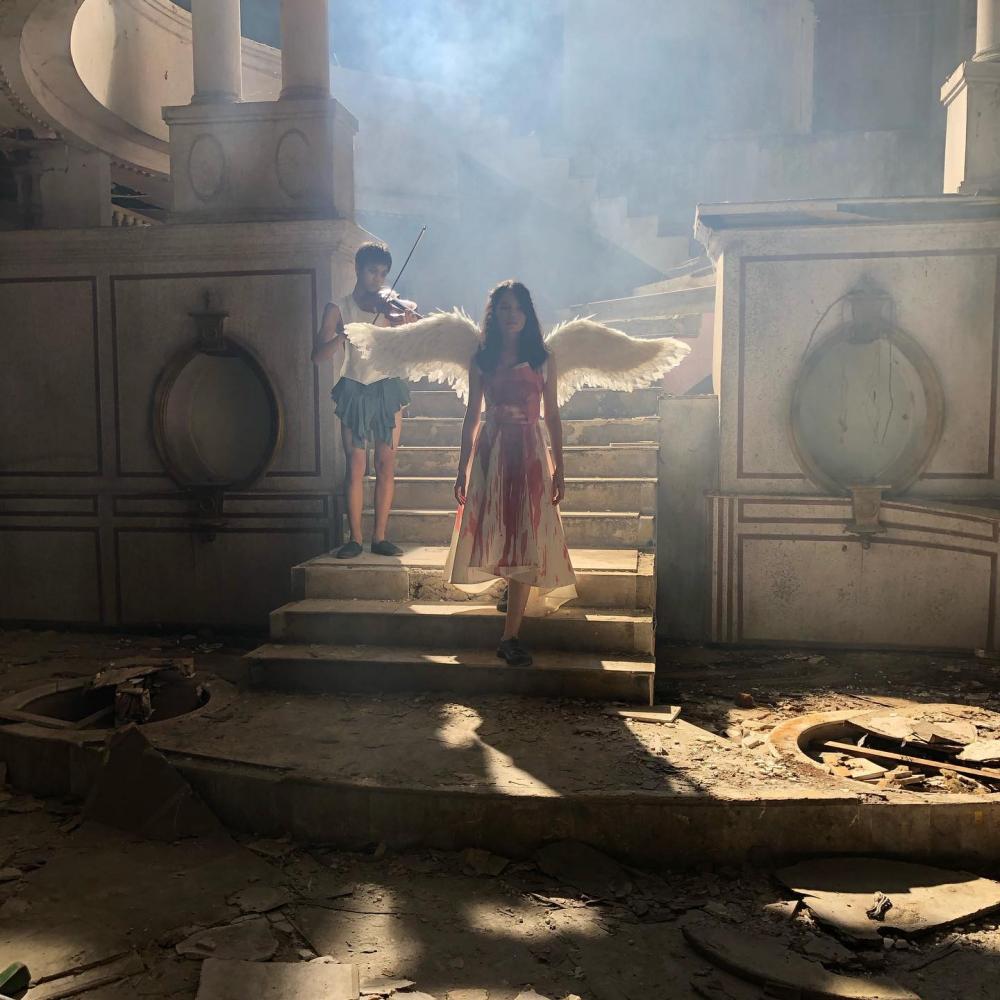 You mentioned that the film was created so that the young musicians of the Siam Sinfonietta would stay sane during the pandemic. What do you mean by that?

When musicians didn't get to play together, their mental health would crack up because a band or an orchestra required harmony between people and rhythms. So, an online rehearsal definitely won't help.

You directed two films while working in Hollywood, one of which is The Laughing Dead. Do you feel like you're returning to your roots?

Very much! Talking about The Laughing Dead, it's one of the last war films that has delivered the sense of the 80s, in which none of the special effects was done by CGI. However, the way we produced The Maestro is what I've nostalgically looked back on from that time. Mark my words, all of the bloody scenes in our film were created entirely by hand.

What is the most challenging part of playing a conductor, which is what you are in real life, in a film?

Separating my character from my real-life job was the most challenging part because Dr Arun does everything that all conductors fantasise about -- I'm lucky enough to live out that fantasy, though. In other ways, I always had to make sure that his personality and perspective came from me, but it's not me at the same time, as I'm not really that crazy!

My mother took me to see Psycho when I was eight. I was captivated by the idea that we could think completely outside the box. Watching those maniacs from horror films was always astonishing. I can observe many different perspectives and emotions portrayed by the actors and actresses' remarkable performances. I was also stunned by how one's mind could manifest such cruel stories, which is how I grease the wheels of my fiction writing.

How does The Maestro differ from other horror movies?

Apart from the horror-musical film genre, the details that come straight out of the 80s have made the film stand out from other horror films. If you're a classic film geek, you will enjoy how the old technicolour film of rich and vivid colour saturation that Paul has put up in the film could give you a nostalgia kick.

Did the young cast share with you about their transition from performing music to acting? Did you coach them yourself?

Many young musicians were so busy learning the new crafts that they didn't have time to worry much about it. We talked about acting right before the camera started to roll, script-by-script and scene-by-scene, and yet they have done such a tremendous job in just 18 days of shooting. Paul and I coached the kids ourselves, and they were in good hands, playing side-by-side with professional, experienced actors and actresses who helped guide them, as well.

Is the mad conductor, who kidnaps children to perform his masterpiece, an antagonist?

I think he's pitiful. Dr Arun is a nice guy who wants to uplift the Thai classical music scene and young musicians by performing his masterpieces. Unfortunately, after being rejected and mistreated so many times by others, he's just gone off the deep end, doing everything to keep his finale on track, even though it involves committing bad things.