Singer Setha Sirachaya of The Impossibles has died of lung cancer. He was 77.

Puttida Sirachaya posted an Instagram image with a short message reading 4.42 and a dim sky to send a message that his father had died. The number was believed to be the time that one of the country's greatest-ever singers passed away.

Setha died of lung cancer first detected in 2019. His last post on his Setha Sirachaya Facebook account was on Jan 15 when he received a bouquet of flowers and a gift basket from a representative of Their Majesties the King and Queen.

Setha's friends and fans were posting condolences to his family after the loss. "Goodbye Phi Toy, my beloved brother, with love and high respect. Rest in peace in heaven," said actress Duangta Tungkamanee on her Instagram account. Duangta was one of his closest friends and Toy is Setha's nickname.

"I would like to send my deepest condolences to the Sirachaya family," said another actress, Mayura Savetsila. 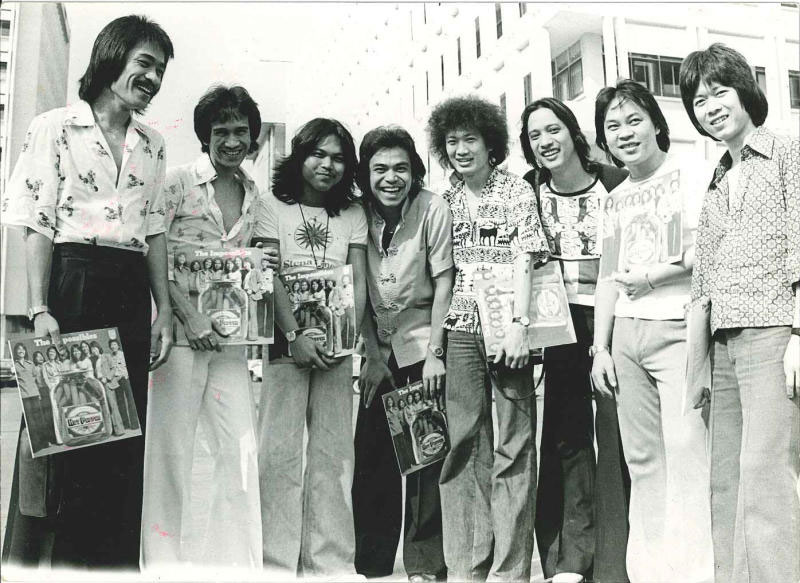 Setha Sirachaya (second left) posed for photos with other members of The Impossibles.

Setha was best known as the frontman of the now-defunct The Impossibles, a legendary pop band with countless hits. After it disbanded in 1976, he continued to take the stage, either solo or with the remaining members of The Impossibles. The full band occasionally reunited for concerts, and played their final concert in 2018.

He was also an actor and a show host for numerous programmes, as well as running his own production company. He became chairman of the Foundation for the Welfare of Senior Actors set up in 2002 to support actors and actresses after their careers ended.

The multi-talented Setha was born in 1944 in Bangkok. He was awarded National Artist in 2001.

Pen Pai Mai Dai (It's Impossible)", one of the signature songs of The Impossibles.

At a concert in 2015 - at the age of 71 - Setha sang for four hours, including one of the band's signature songs, Pen Mai Mai Dai (It's Impossible).

“It doesn’t get harder with age, I can still sing like when I was in my 20s,” he said in an interview with the media, including the Bangkok Post.

Setha said age could not stop him from working to prove the worthiness of a senior citizen and he did not want to be a burden for society.

“The moment you stop working, that’s when the despair and the weakness set in," he said. "The moment we become useless; the country will be in trouble.”

The royally-sponsored bathing rite for Setha Sirachaya will be held in Sala 1 at Wat Dhepsirin at 5.30pm on Monday. The chanting rite will be held from Monday to next Sunday at 7pm, after which the body will be kept for 100 days before a royal cremation.