Giving the voiceless a voice

Artist Kawita Vatanajyankur uses her entire body, especially feet, arms, hands and mouth, as a machine to weave red yarn into a piece of fabric that resembles a spider web. Kawita's spider web can be seen in the video Knit, which is part of the Performing Textiles Series.

On view at Jim Thompson House Museum, the exhibition "Spinning Wheels", which was created to tackle the exploitation of female labour in the textile industry, consists of six performance videos -- Knit, The Spinning Wheels, Dye, Shuttle, Untangled and Print. In each video, Kawita portrays herself as a machine in the fast fashion industry in order to symbolise how labourers are treated like machines. The videos have attracted viewers thanks to their candy-like colours and graphic design that look like advertisements.

In addition to six videos from the Performing Textiles Series, Kawita decided to display the video Sponge from the Tool Series which aims to criticise traditional attitudes of not recognising women for their hard work doing household chores.

"I called this exhibition 'Spinning Wheels' because it conveys an ongoing and endless cycle. Farmers cannot escape the cycle as long as they are in a broken capitalist system. The series focuses on people who work behind finished products in the textile industry that consumers do not when they purchase," explained Kawita. 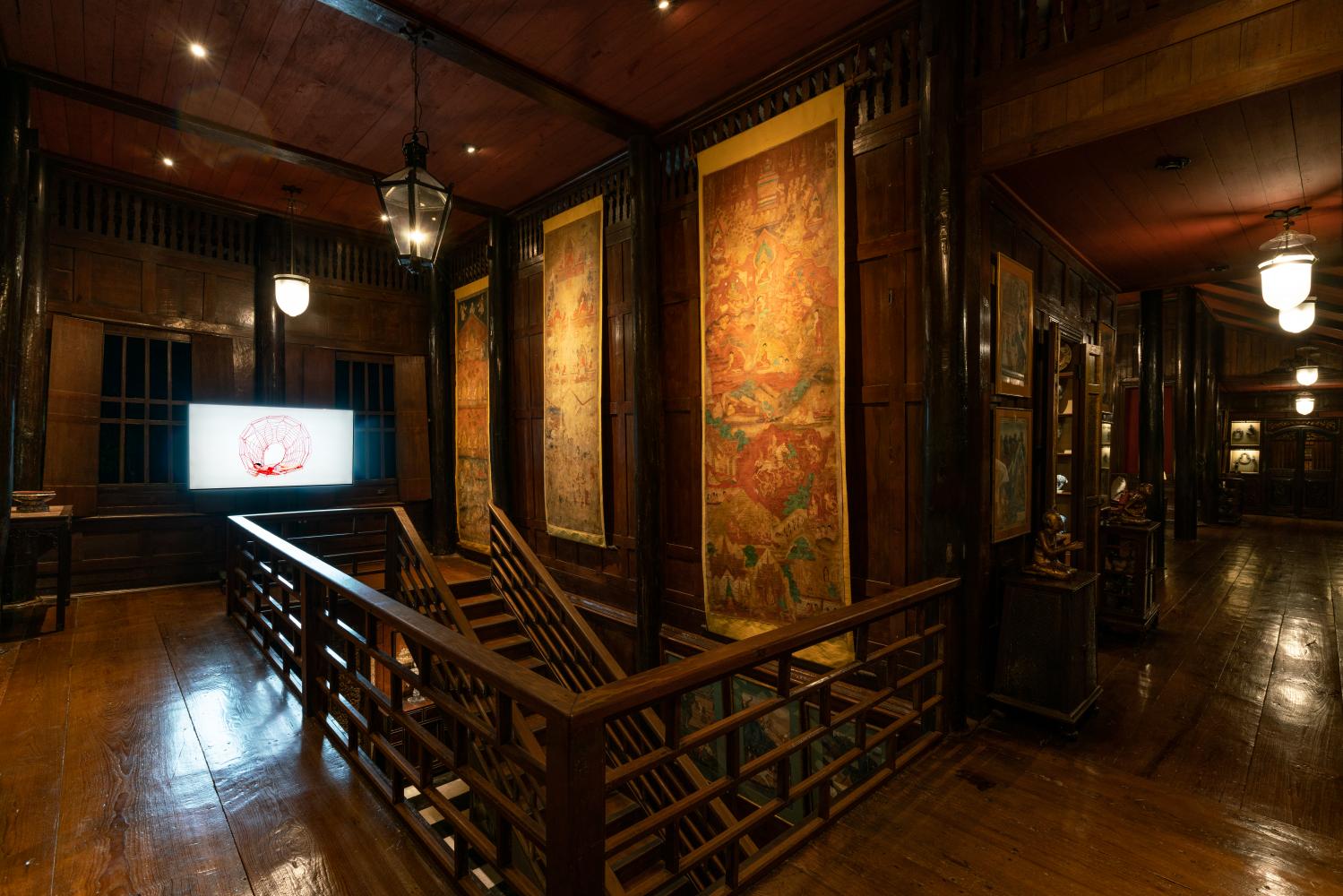 "Knit is the first video in the series in which I use my body to weave a spider web. During my research, I interviewed labourers in factories who said they felt they were treated like machines or objects and had to work repetitively. The performance was inspired by a circular machine I saw in a factory that had a needle in the middle. The red fabric was woven while the needle was moving around the machine. The series is being exhibited at the Jim Thompson House Museum because Jim Thompson values the people behind textile products. These people are not machines or tools.

"In Knit, I weave a spider web as a comparison to Greek mythology which tells the story of Arachne who was cursed to be a spider because she dared to criticise the god Athena. It is like when workers try to protest or speak up about their poor work conditions or low wage and they are threatened by people in power."

Life spoke to Kawita about her Performing Textiles Series and the fast fashion industry. 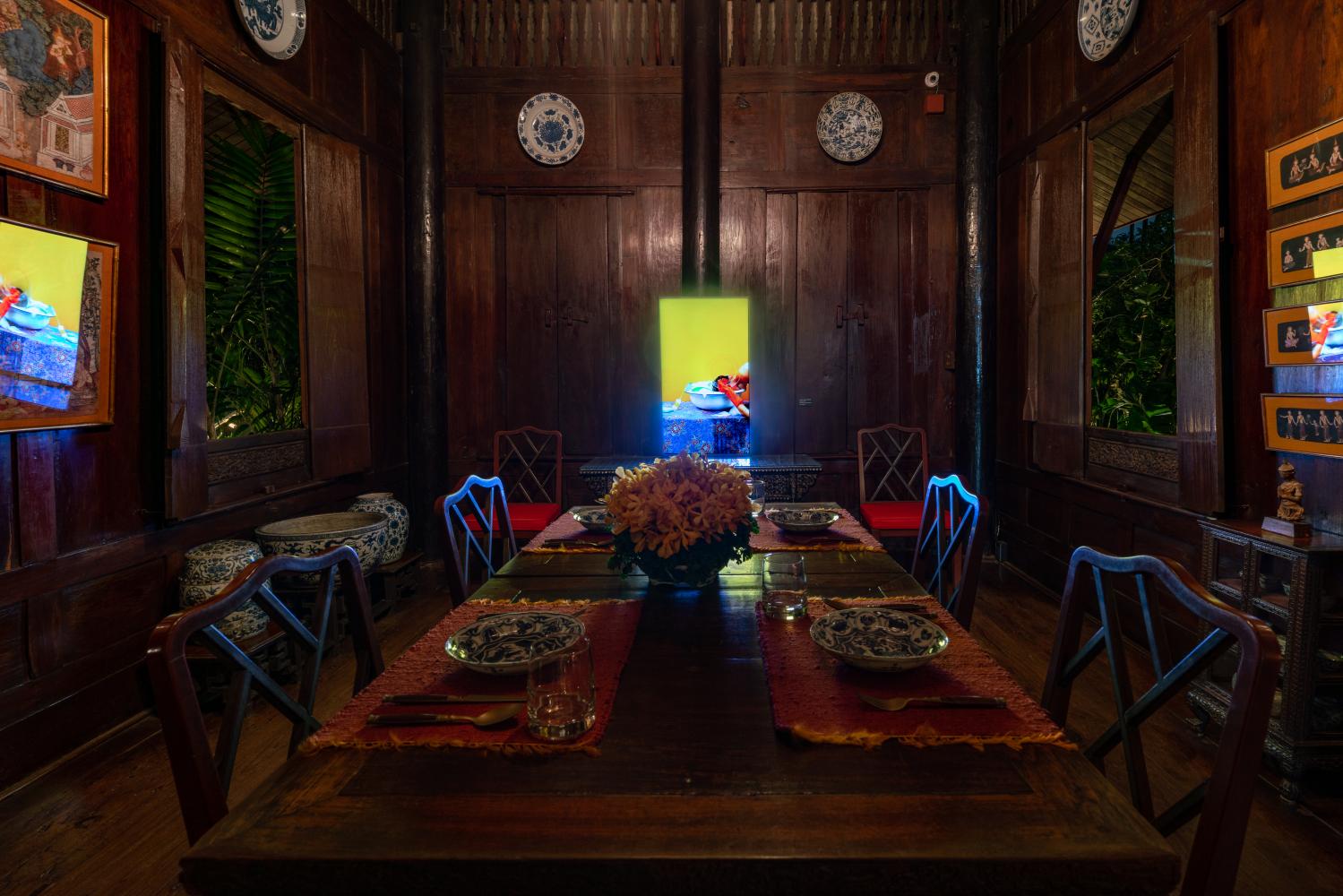 Why did you decide to portray yourself as a machine in the video?

Part of my work involves personal experiences. As a messenger who is speaking up for the labour force, I admit that I am not subject to dehumanisation because I do not work as a labourer. If I did not put myself in the position of a person working like a machine, I would not understand it. I felt my performance diminished my identity. I had to leave behind my human state and become an empty state so that I could act like a tool or object with no human identity. Only then would I be able to understand a person who is treated as an object.

Is it true that you were injured several times while performing?

Yes. When I performed Knit in Abu Dhabi, the run time was cut from one hour to only 20 minutes. Hence, I had to weave quicker than usual. I looked at the clock and hurried to work on the spider web. I was able to finish the spider web in 20 minutes, but I had cuts and bleeding in the corners of my mouth. My body was sore and had bruises all over. I could not eat anything except blended mixtures for a week.

Kawita uses her entire body to weave a spider web in Knit.

Why did you include Sponge in the exhibition?

Sponge is exhibited in a dining room in the museum. There are workers behind the clean spaces that we see. The 'Tool Series' was created in 2012 to portray domestic female workers. Women work outside their homes, but they are also the emotional support of the home as they take care of the house and the children. However, their hard work is not valued or recognised.

Can you explain how your father's death motivated you to criticise labour issues?

People knew that my father died from being overworked and his death made me question the poor working conditions of labourers. Do we need to overwork to be valued? My father came from a poor family and was looked down on because of his status, so he wanted to have a better life. As a bread earner, he worked 24 hours without sleep. After he fell sick, he stayed home and began to appreciate small things that he had not noticed earlier. Many people believe that success means fame and money. If we do not have material possessions, we are not accepted in society. People think material wealth brings happiness, but it does not. We have the wrong values about life and this attitude encourages capitalism that only favours material wealth and fast consumption. 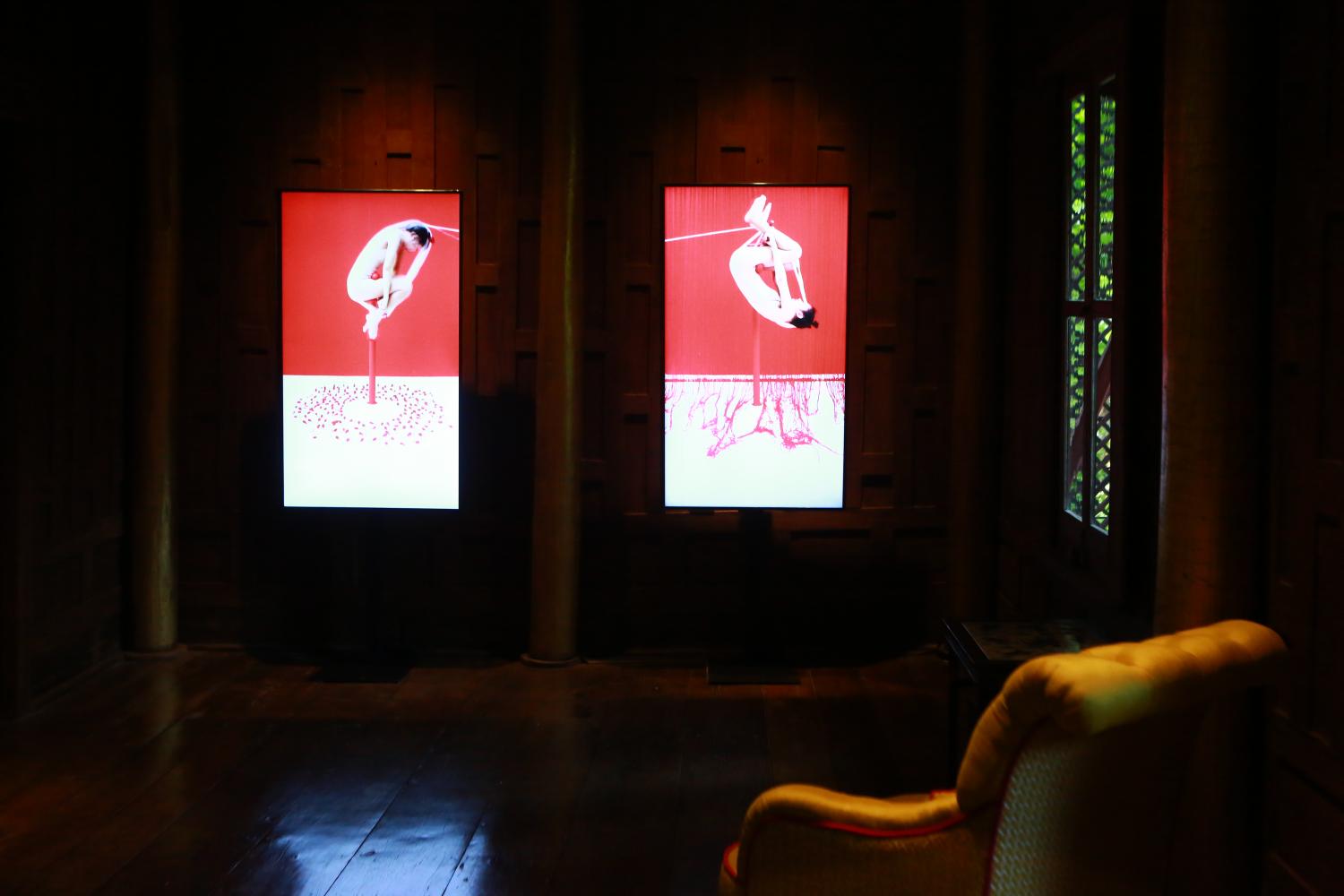 What is your source of happiness?

I am happy with ordinary things that happen in daily life. I do not hold on to anything because it will cause expectation and expectation can cause suffering. For me, happiness is something ordinary.

Can you share some labour issues you unearthed during your research?

In India, a large international seed and chemical corporation created a monopoly business. Indian farmers had to invest a lot of money to grow cotton. They purchased expensive genetically-modified cotton seeds from the company which came with a package of chemicals and pesticides. Farmers were put in a circle of debt and eventually decided to start committing suicide by drinking the pesticide. Between June to October last year, 1,078 farmers in the state of Maharashtra state committed suicide.

When I was in New Zealand, I spoke to farmers and discovered they were rich because New Zealand has a sustainable economic system. Farmers receive fair wages, so they have time to develop their skills or come up with ideas to improve their products and lives. In contrast, farmers in India worry constantly about debt and are always working to pay it off, so they do not have time to be creative or improve their products.

Have you discovered any solution to this monopoly business?

In India, Sahaja Samrudha, an organic producer, shares information about organic cotton with farmers. This company believes that knowledge and nature are free, so they provide free cotton seeds and have an academician to advise farmers about natural fertilisers and pesticides. However, it takes time before natural seeds and pesticides can grow enough cotton and farmers can get out of debt. Sahaja Samrudha also works with start-ups that believe in organic cotton, so there are customers for farmers.

Organic cotton farming is sustainable for the environment and farmers' lives because the companies pay a better wage to garment workers and farmers invest less. This is a good start. The Performing Textiles Series focuses mainly on the factory process, and the continuation of this series, Field Work, is about industrialised agriculture within the industry where I talk about organic cotton vs BT cotton [genetically-modified cotton]. 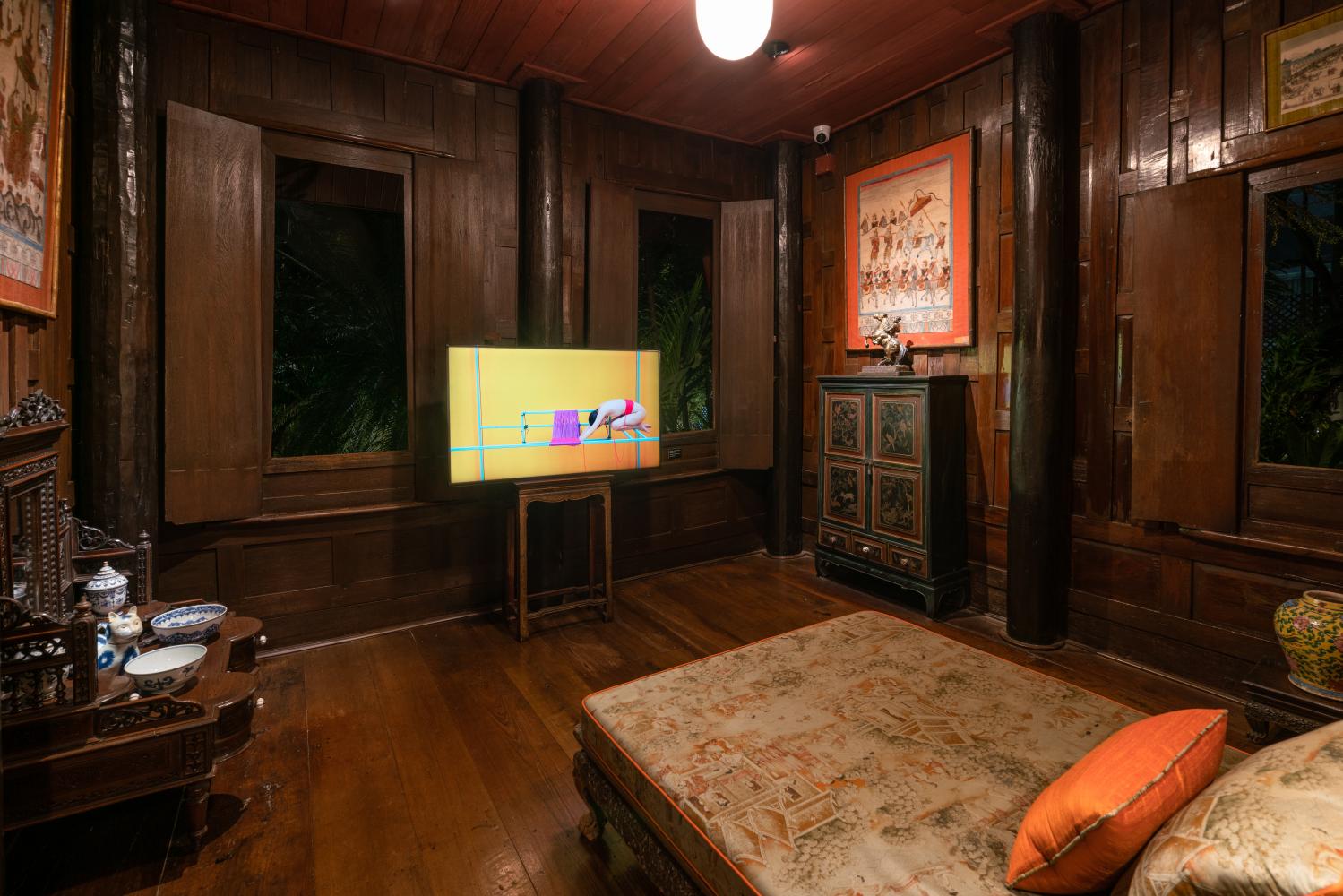 Do you think your video art will change labour exploitation in the textile industry?

No. I cannot change the industry alone. I am like one bolt in a vehicle, so we need more bolts such as economists, documentarians, activists, scientists and so on to work on their part and make a movement together. If people protest or criticise labour exploitation, companies must take note of it and launch sustainable products.