Up-and-coming artists to tune into

Taking most of the limelight in the Asian music industry is the K-Pop wave or Korea pop music. The genre has successfully connected people who are poles apart in origins while also shedding light on non-Western music and pop culture. Thai pop music, in particular, has flown under the radar for quite some time, with only a few names appearing on and off on global stages. However, with the power of social media, T-pop has become a rising tide during the last couple of years. Guru presents a quick look at up-and-coming Thai pop artists along with quick interviews with them.

In their own words: "MUSIC, ORIGINAL, FASHIONABLE AND SASSY".

Sao Sao Sao, Zaza or Faye Fang Kaew are the OG girl bands, who have blazed the trail for Thai pop music as female trios. Who knew that the next triplet phenomenon would be Kisskazz, who have just entered the Thai pop music scene. With a debut single touting for reminiscing the vibes of the 2000s pop, Kisskazz comprises three talented females: Anongnart "Cute" Yusananda, Supitcha "Gie" Predajaroen and Salisa "Steve" Jaroenkijnumchok, produced under the roof of Xoxocity. 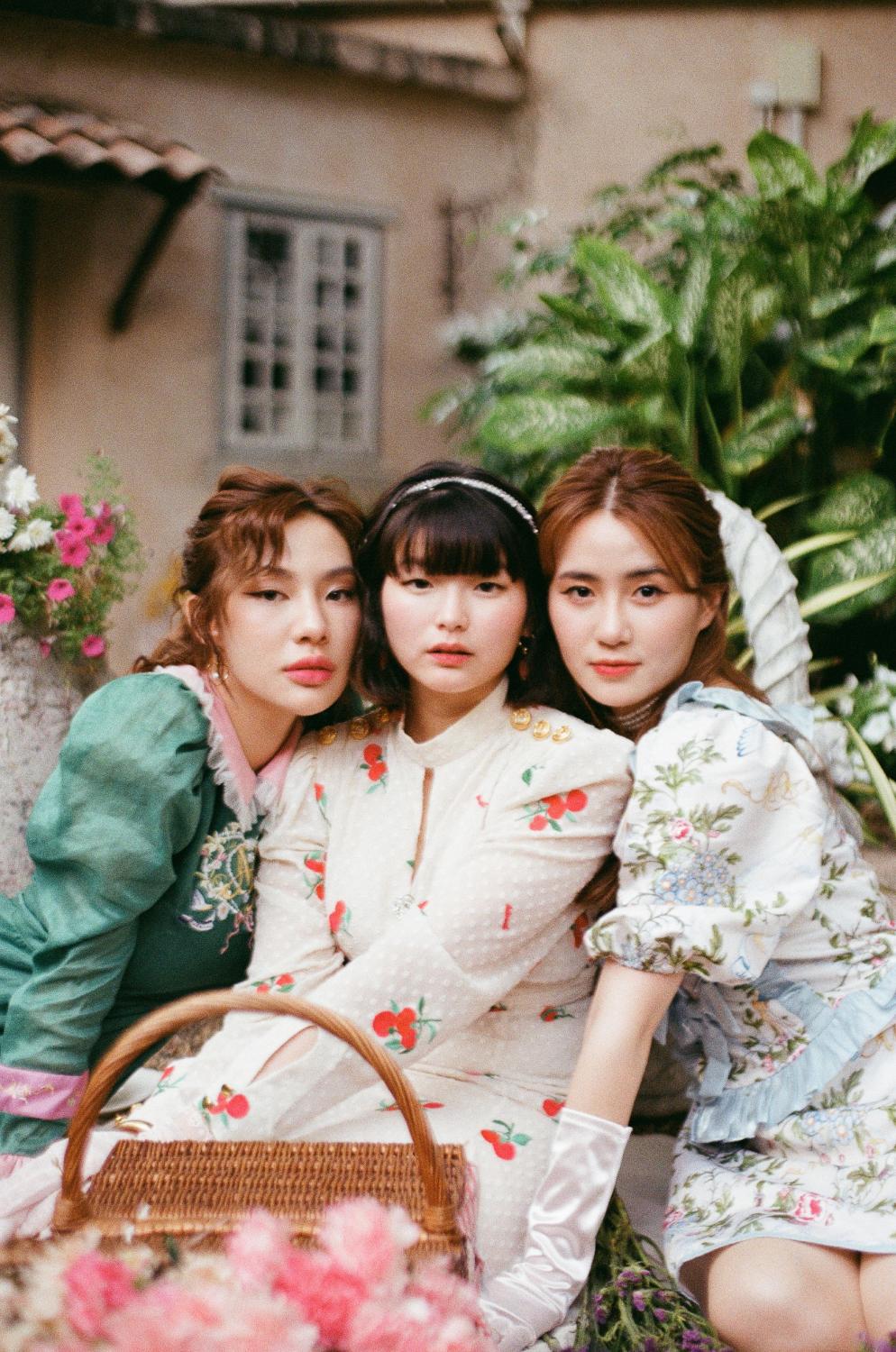 Holding dear to the character of an old-but-gold record label Dojo City, Xoxocity aspires to breathe new life into the 2000s' upbeat pop music, reinvigorating old-time music with a contemporary approach. Kisskazz's debut single Melt has reflected how Xoxocity pays tribute to old pop accents such as analogue sounds and repeated, echoed verses. Also, the girl group was put on the watch-list for stylish fashion choices as each member showcases her own distinctive character and personality.

Steve: We are talented. Our time will come soon and all we can do now is support each other.

Cute: It's a good thing that the music industry has started to open widely to a diversity of people. I don't think the language barrier would be a stumbling block for us, as my friend, who is French, can bring up some Thai artist names. The online channel is an important means of bringing T-Pop to the forefront, connecting people who are poles apart together. Also, I won't stop pursuing my dream of delivering happiness to the world through music.

Gie: I'll continue doing what we're here to do and I'll always improve myself.

Steve: Although I'm not used to being called an 'artist', thank you so much for supporting me. I'll never stop learning and improving myself. We appreciate your support!

Cute: Thank you for your encouragement. I wouldn't have made it to this point without you guys.

Gie: Thank you from the bottom of my heart. We're so thrilled and will keep working hard for you.

In their own words: "UNEXPECTED, BUT JUST GO WITH IT AND YOU'LL BE IN FOR A RIDE".

Even though Luss isn't a new name in the Thai music industry, they set social media on fire whenever a single is released. The duo offer catchy tunes with simple dance moves. Lead singer Nonlapan "Pun" Umpuch, a former vocalist from Thai trio alternative/indie band Jelly Rocket, has teamed up with Sillasit "Ben" Tangbunduangjit, her partner-in-crime, who is the hip-hop producer behind big shots like Maiyarap, Nil-LhoHitz, and GavinD. 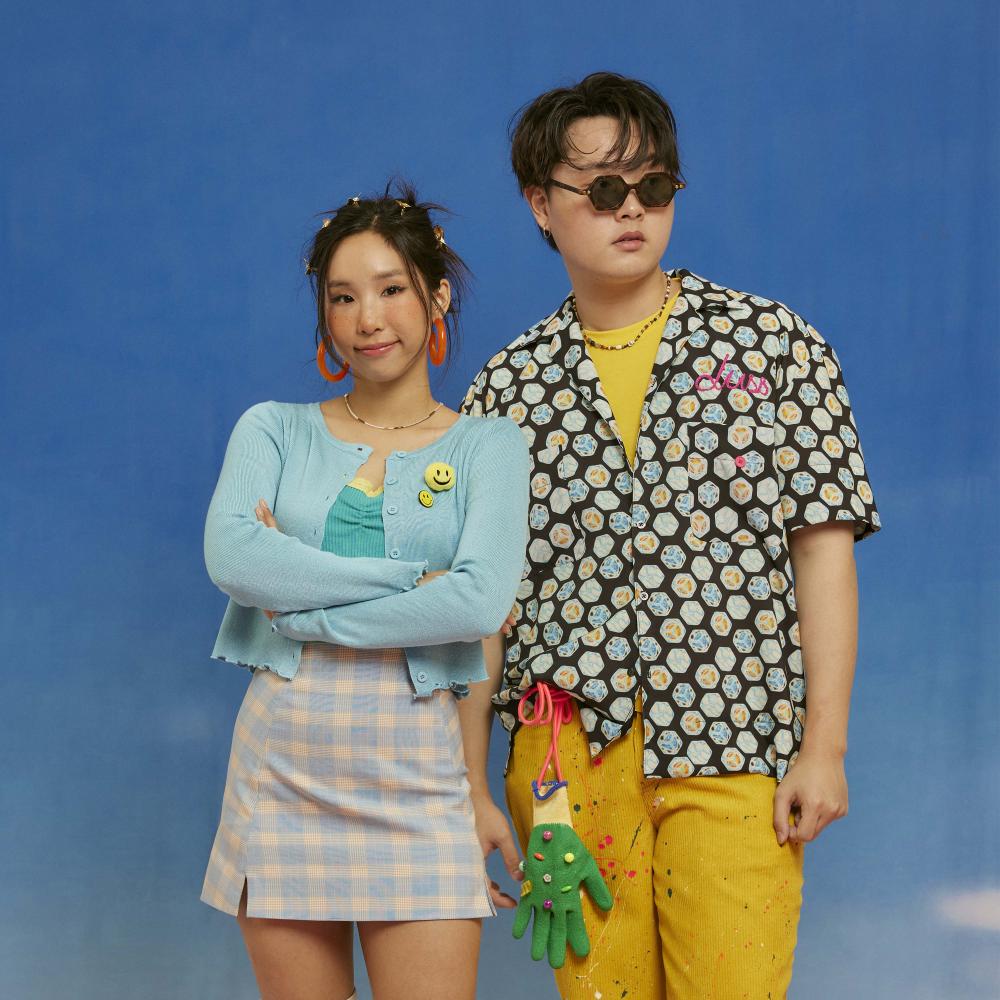 Together, the pair deliver funky music that blends pop and hip hop while being outstanding in their mix of Thai and English lyrics and rap verses. Luss has produced many pop/hip hop singles and EPs for fans to groove along to, with smash hits like 247 and Yhok Yhok (Ultimatum). Last year, Luss teamed up with Japanese female rap duo Chelmico for a collab where they swapped hits while reintroducing them in their own versions. The result was a new Japanese/English version that hides Japanese musical details.

Pun: With the world today being much more open, we would love to break free from the norm, altering the Thai music industry. As we work both on set and behind the scenes, we know that Thai artists are very talented and dare to be different, teasing dull and conservative cultural patterns. Luss aspires to be one of the revolutionary artists and bring change to the Thai music industry, inspiring people to pursue their dreams while being their true selves.

Ben: Thank you for supporting us. You're our muse!

Jam with Luss at bit.ly/3CCiXkk.

In her own words: "ARII IS AND CAN BE EVERYTHING".

Arii Takahashi or Arisara "Arii" Takahashi, set foot on the music path by sharing her outstanding singing and songwriting talents on online platforms. I'm Fine, one of her original songs, has 15 million views on YouTube, while How Was Your Sleep? ticks all the boxes for young Tik-Tokers to step up their game with catchy tunes and dance moves. There is no doubt that Arii has put herself in the spotlight in just a few years, as her music catches all ears with an upbeat pop-dance style, with lyrics and sounds mixed with Japanese accents. 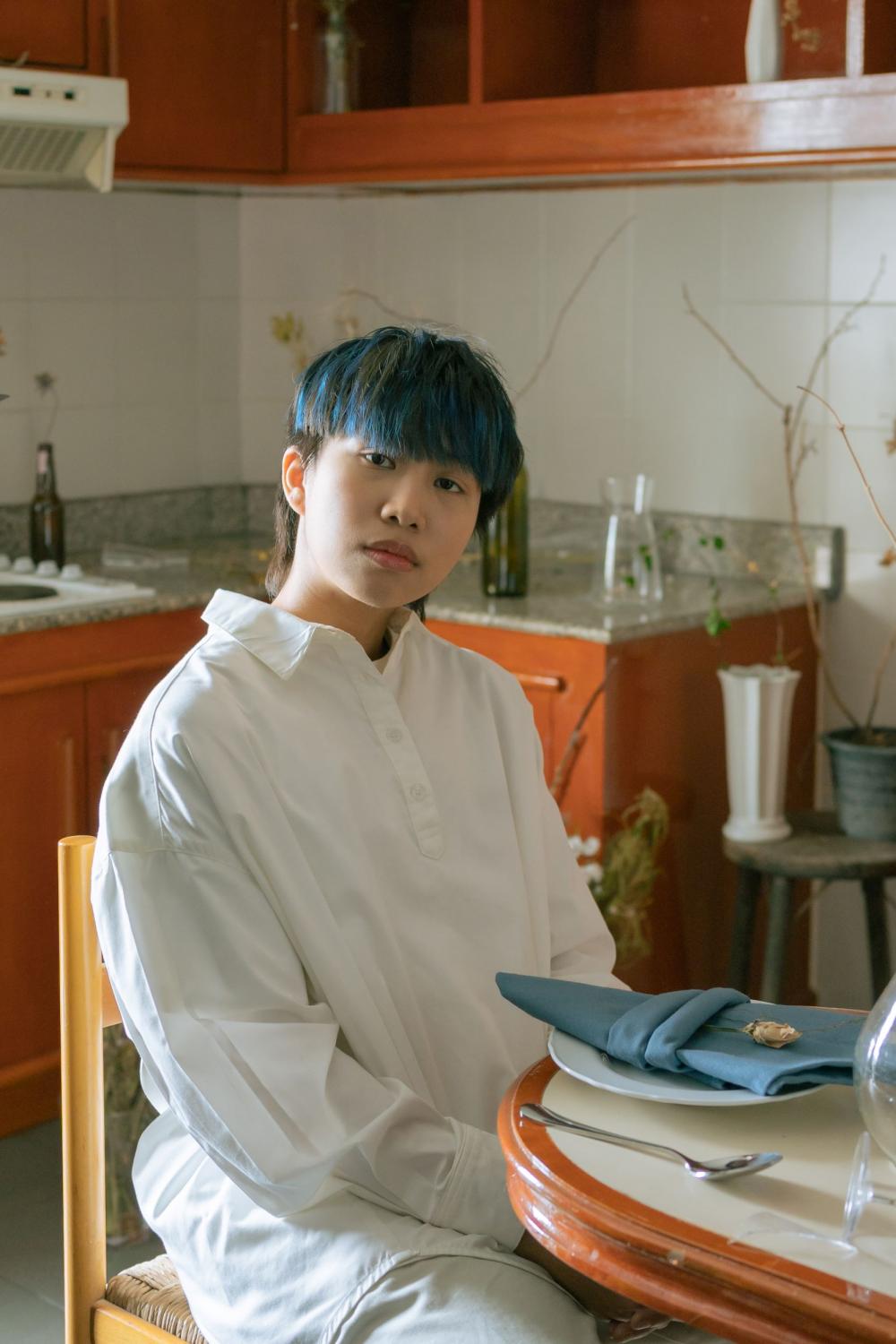 Most of her songs convey the perspective of those coming of age, who are beginning to learn about "love". However, Arii recently broke new ground by introducing her first-ever sad song, Uso, which translates as "lying" in Japanese. No jokes, the song is the perfect tear-jerking song for those who want to embrace loneliness while flowing along with slow-pop melodies. Need to vent? Arii has a Tik-Tok challenge for you to share: A blast of an old flame with her hashtag #จะฟังไม่ฟัง (Are you gonna listen or not?).

Endorsing and promoting Thai artists is my priority. The world needs to be enlightened that what we do isn't just singing and dancing. I'm pretty sure we've got the best shot when the time comes.

Keep your eyes peeled to see new angles of me from now on. Better and improved, knocking on wood.

In his own words: "MY MUSIC MANIFESTS THE THRILLING JOURNEYS OF MY LIFETIME".

A familiar face in the Thai entertainment industry since 2013. Whether it's acting, singing, producing or modelling, Worakamon Satur, better known by his stage name "Jeff Satur", has done it all. Catching the public eyes with his popular covers on YouTube, he also composes and produces original soundtracks for several well-known TV series. Jeff Satur is a true star, dazzling with multiple talents. Speaking of his accomplishments, Jeff Satur was also one of the Cleo Bachelors in 2018, hailed as a "dreamy voice guy" by the magazine. He also earned the Rising Foreign BL Couple Award of the Year 2020 by the Philippines' Voice Points Social Media Awards and has been named the Man of GQ Popular Vote 2021 by the local edition of the magazine. 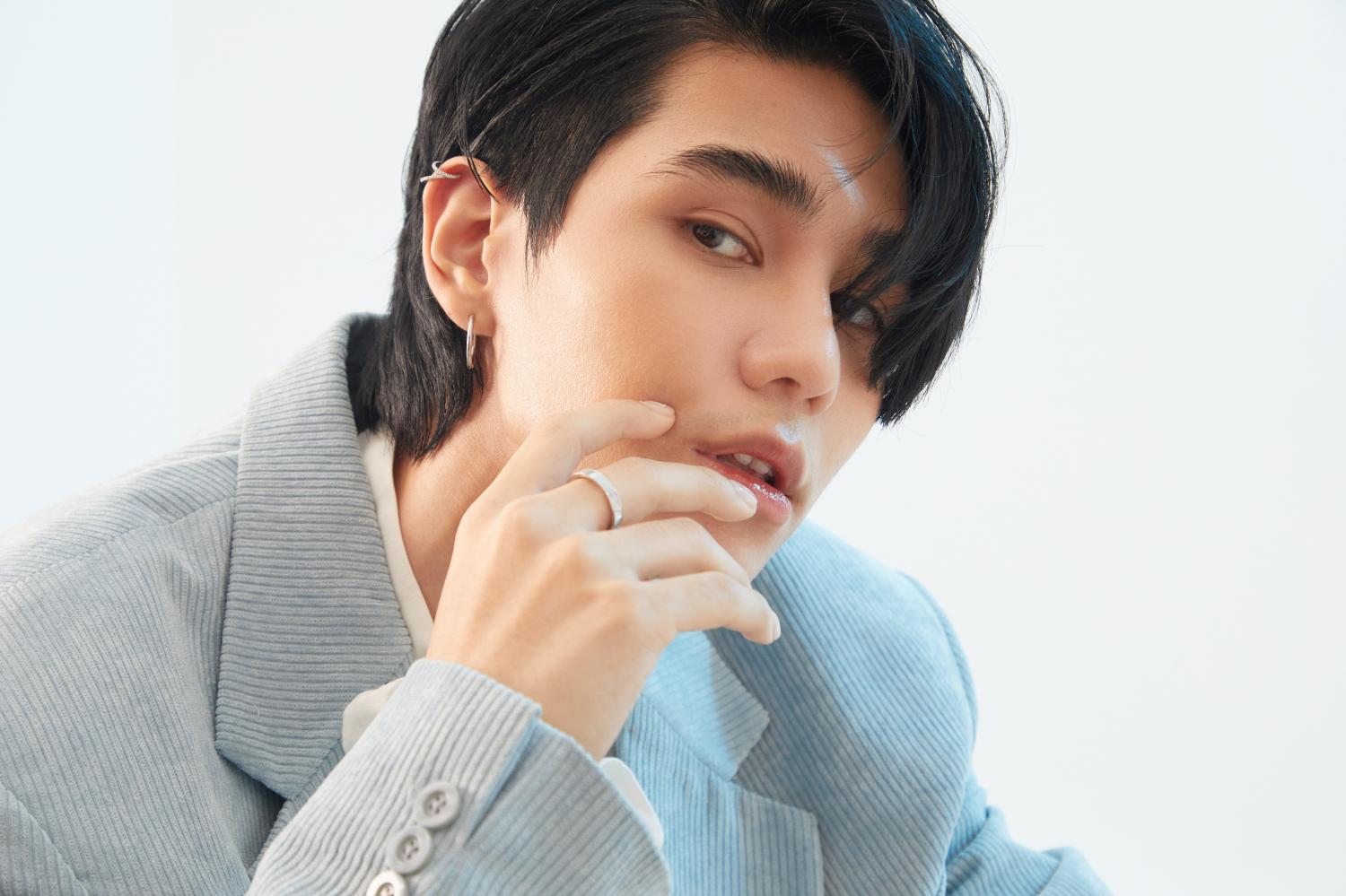 By debuting as an artist under Wayfer Records under the management of Warner Music Thailand, his music style under the new roof stands out as modern pop that blends with a hint of R&B and hip hop. Fans can get a glimpse of the new version of Jeff Satur through his just-launched singles Highway and Complicated.

Through my music, I want to present Thainess so that the audience can catch on to our roots in culture, concepts and experiences.

First of all, thanks for the support and to those who have been with me since the beginning. My journey isn't over yet. Let's get along together in the new world and beyond.

In his own word: "MULTI-GENRE".

Ananda "Patrick" Chuensomsong or "Patrickananda", bewitches fans with a remarkable voice and distinctive alternative pop music that combines with traditional R&B rhythms. Patrickananda is a talented singer-songwriter, who debuted under D.U.M.B. Recordings. His debut single Polaroid was a critical success, immediately being recognised on Apple Music Thailand's "The Best Of 2020" playlist within a few months after being released. From being madly in love to going through a break-up, Patrickananda has every romantic moment covered in his songs that allow listeners to immerse themselves in love or embrace the heartbreak. 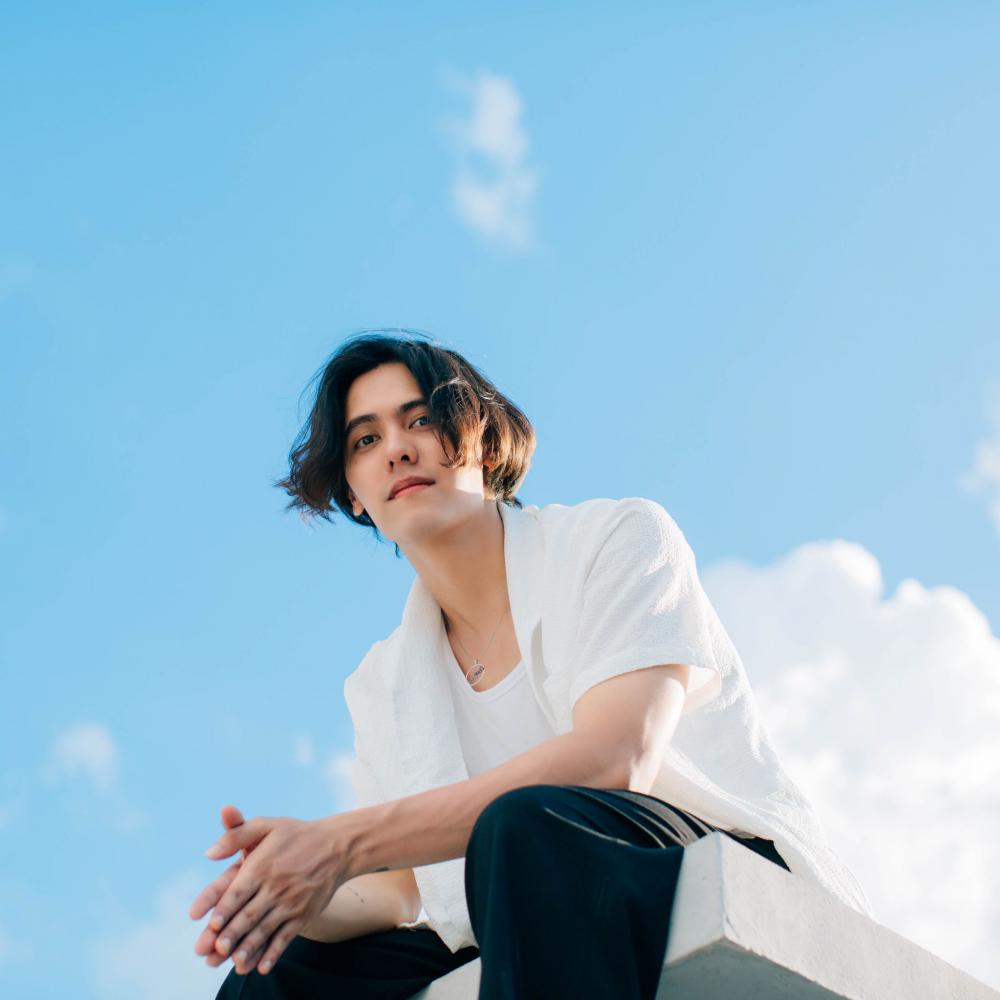 If you need a shoulder to cry on, check out his latest single Oasis, which is a track that stands out for its beautiful acoustics and flowing guitar melodies, with lovely yet tear-jerking lyrics to pamper all the heartbroken. Yet, his Everyday will brighten up your day with a heart-warming song that will make you never stop thinking about your beloved ones.

I want to present the uniqueness and originality of Thai artists to international audiences. However, being myself, regardless of market trends, is what I've intended to offer through my music since setting out on this journey. I tell the story in my own way. Everyone will see the world through my eyes.

Please, stay tuned! I would love you to walk along with me on this path, where you'll get to learn more about me.

In their own words: "TOGETHER WE'RE TOM YUM: THE PERFECT COMBINATION OF VARIOUS TASTES".

4MIX dropped a bombshell on the Thai pop industry last year when they debuted as the first LGBTQ T-pop group in Thailand. Formed by KS Gang under Khaosan Entertainment, the group is composed of four members: Ramet "George" Kiertsukudom, Chanintorn "Folksong" Boonrod, Charukit "Ninja" Khamhongsa and Nattaphat "Mcka" Deeloerttrakun. Their debut single Y U Comeback reached 14 million views on YouTube. Encouraging and empowering people to embrace diversity, 4MIX was built on the confidence and pride of each member who has blurred the gender line while inspiring others to believe in themselves. Before their debut, 4MIX released their prologue single Kid Pid, along with A Mix Of, a documentary that describes the members' personalities, backgrounds and the hard work they put in during the training to become 4MIX today. 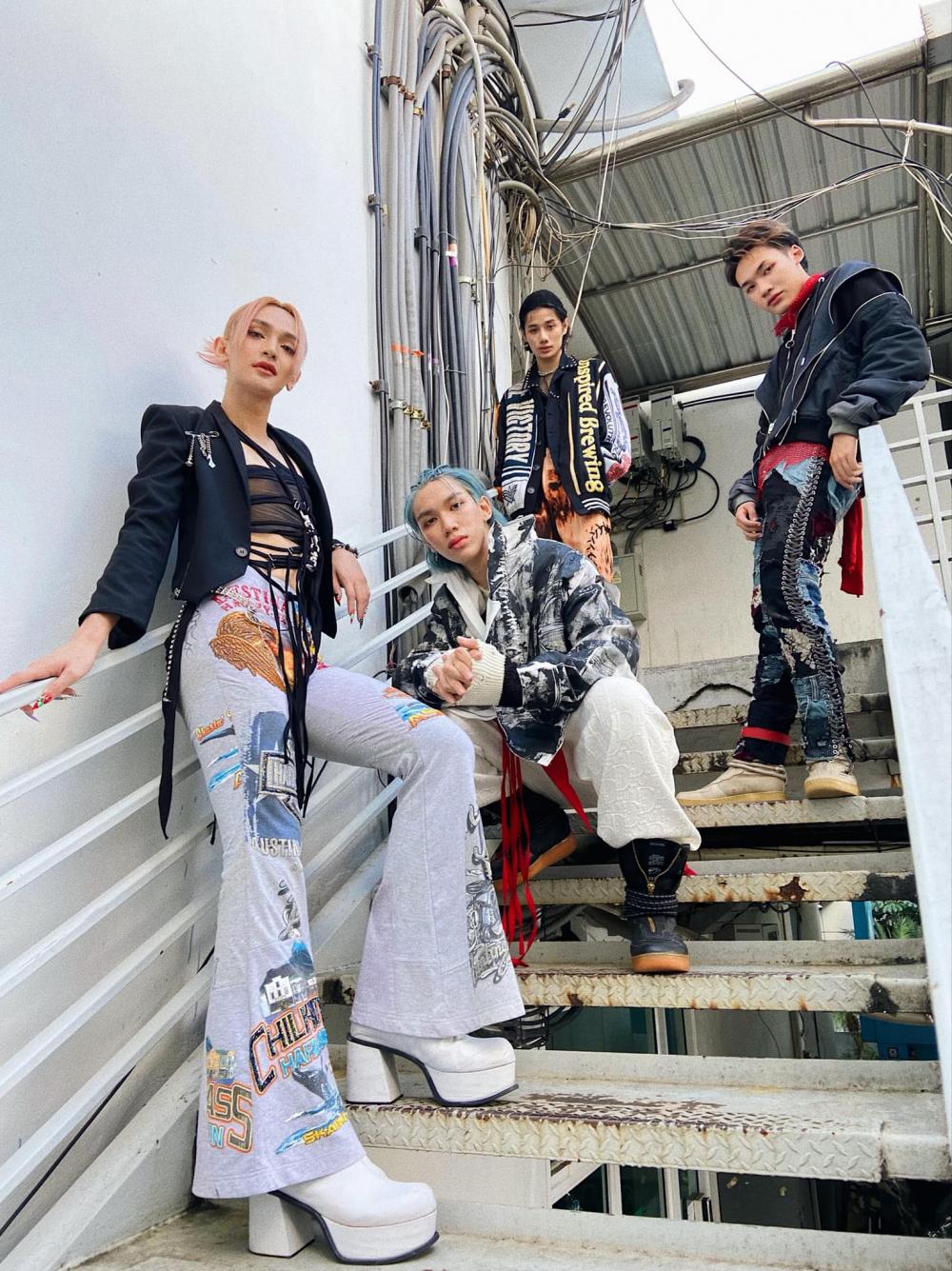 4MIX hasn't only won Thai hearts for being one of the spearheads who want to make changes and challenge conservative norms but also international audiences, especially in Latin America. In December last year, they were invited to perform a mini-convert in Mexico, blazing the trail as the first T-Pop group to hit the global market.

Ninja: Presenting Thainess in our way is what we always do. Music is a universal language that shouldn't be labelled or limited by just a few terms. Supporting each other is what we can do now, echoing our words for the world to hear. Honestly, I don't doubt the quality of T-pop as everybody here spent blood, sweat and tears to be on this point. I'm not talking about the artists only; backstage people, as well.

Mcka: Thanks for being such great fans and all the wonderful support. Stay with us. We promise to be better and better every day.